Will Boyle's university work has been getting plenty of attention during the covid-19 lockdown.

The defender is studying part-time for a Business Management degree and has used the break in the season as a useful opportunity to put in even more hours to his academic studies having moved back up to Yorkshire.

Initially spending time down here in Gloucestershire, he returned to his home county to move in with his girlfriend and their family for the lockdown, as he revealed on the club's new podcast 'We Can't Read' last week.

"I'm back up north," he said. "I'm staying at Sian's mum and dad's house which is just around the corner from my own home. I was in Cheltenham for a week and then ended up coming back up here at the weekend on Saturday. We got put into lockdown so I'm here for the forseeable future.

"In the first week I was stuck in Cheltenham for a week on my own and I had a university assignment in for the Thursday so that kept me busy all week. That filled my days. I didn't actually leave the flat for a whole week but it didn't go too slowly really because I had that to focus on.

"Since then I've been carrying on with my uni course - that's given plenty of structure to my day. Obviously plenty of exercise and you get the chance to go out and have a walk or run or a bike ride. Being here it's quite a full household so there's a lot to talk about. It's been okay to be honest. It's been nice to spend a lot of time with my girlfriend. We're normally a long distance relationship but now it's very short distance! That has been quite a nice change."

Boyle joined teammate Luke Varney and manager Michael Duff in spending time calling some of the club's senior season ticket holders to check in on their welfare last week and enjoyed the chance to speak with some of the supporters, who like him, can't wait for the season to get going again. 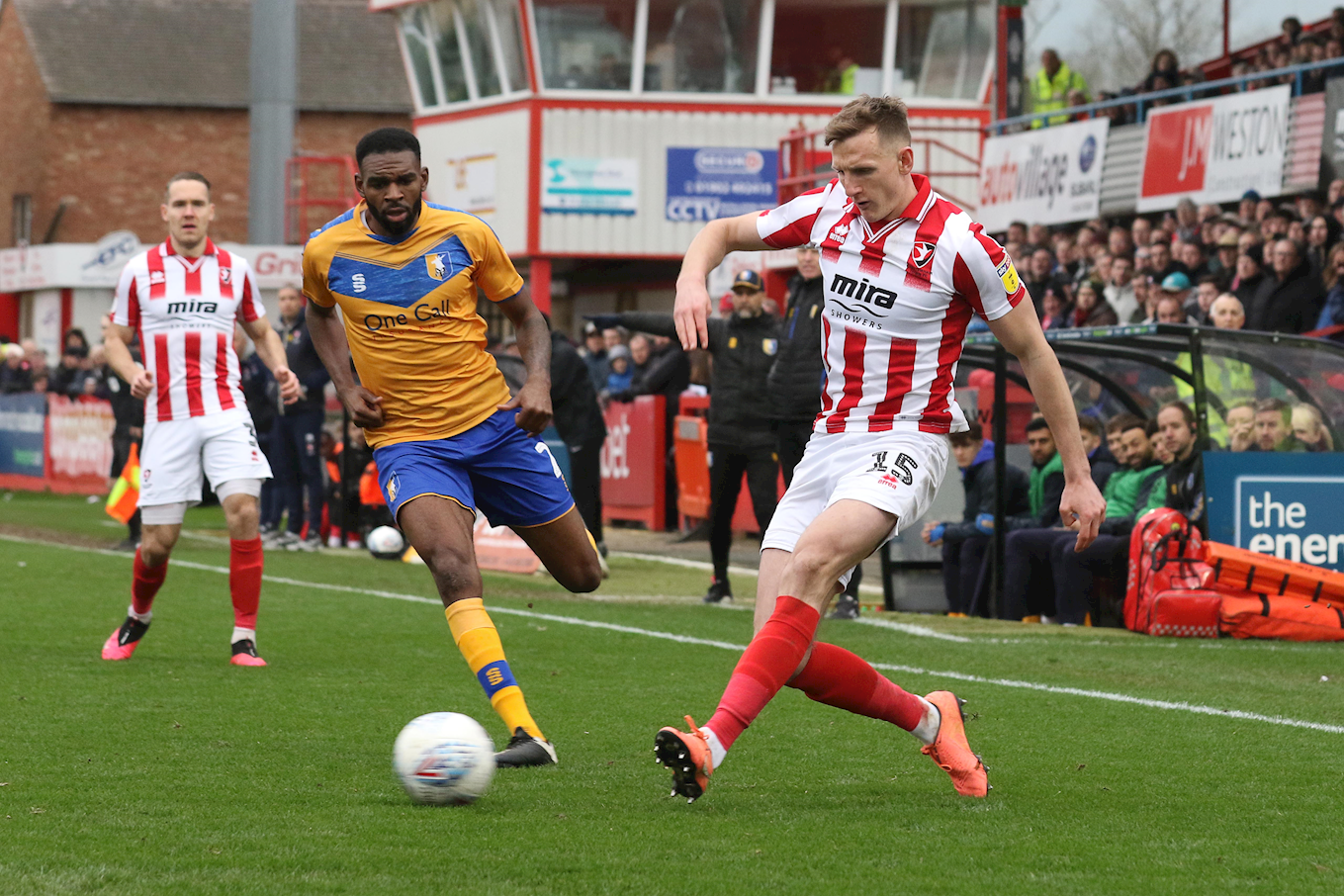 "I really enjoyed that, chatting to the fans," he added. "They seemed to enjoy it as well. It was nice to show a bit of support to them and especially fans who are maybe a little bit older who are probably deemed as being a bit more vulnerable in this current climate with what's going on at the minute.

"It was really enjoyable, they all seemed to be in good spirits really. There's a lot of gardening going on as the weather has been quite nice which has helped. Everyone seems in good spirits, everyone I spoke to was healthy which was good, and they are all keen to let the season to conclude in some way and hopefully it might be a bit of a sweeter finish for us."

With each player having been assigned their own individual fitness programme Boyle, who has been at the club since January 2017 and is one of the longest serving members in the squad, is determined to keep his fitness levels as high as possible so he's ready to get going when the next opportunity to play presents itself.

"There's definitely going to be a difference and probably a little bit less motivation but that's where the commitment comes in. We're still getting paid and we've still got to keep ourselves in good condition and tick over really ready to go back. Especially now we're obviously in a good position in the league. There will be a lot of people with a lot of motivation. When that starts to wear thin in a couple of weeks it comes down to the commitment. You've been told what to do, when to do it, so there are no excuses really - you've just got to get your work done.

An injury picked up after the first game of the season at Leyton Orient has at times hindered Boyle's campaign. 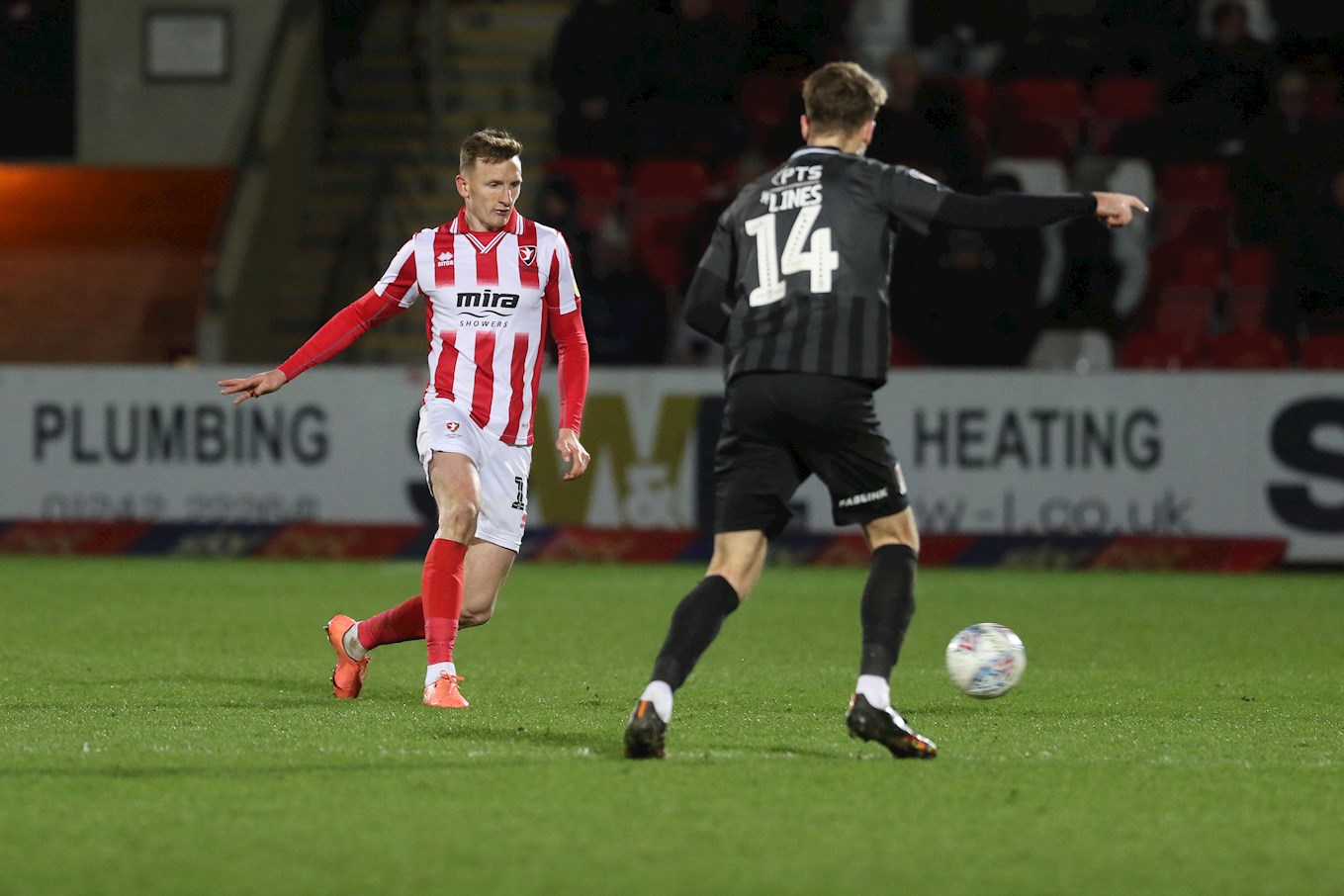 He's had the occasional opportunity to get back into the starting XI, but of late it's something he's managed to successfully achieved having started in the win at Carlisle United in mid-February. Since that game at Brunton Park the Robins have gone six games unbeaten - of which five of those matches resulted in victories.

His patience has been rewarded. But it has also been a season for off the pitch rewards for the 24-year-old, who saw his hard work in coaching see him gain the UEFA B License while working under the watchful eye of ex-Cheltenham forward Steve Guinan who's now working as the Senior Professional Game Player to Coach Lead at the Football Association.

"I think every season regardless of what's going on on the pitch you can't control the team, you can't control if you're getting picked every week to a certain extent," Boyle added. "I think everything else around that and away from the pitch you're in control of. It has been a season of personal development with football and away from football - that's something I've enjoyed and I'm looking to continue."

He is optimistic that when there is some indication given as to when the football will begin again that the group will be gunning and ready to go fairly quickly after restarting training.

"Obviously it is not ideal but everybody is in the same situation, not just football, every industry, every walk of life is in this predicament at the minute. I don't think you can waste too much energy being frustrated. It's happened and we're living it now so you've got to deal with it and control what you can at the minute.

"We've been given programmes like has been spoken about a lot by other clubs to keep ourselves ticking over. We've not had a two week break or a one week break which you might have in the summer and then you gradually start to build things up. We're taking it from where we literally finished training so we're just ticking over.

"The base should be there during the season anyway and now at this stage you're not exactly building on fitness because you can't get much fitter really - sports science seems to dictate that anyway. If we can keep ourselves at base then it might only take a couple of weeks training to get a feel for the ball again and things like that. It'll definitely need to be a couple of weeks when everyone gets back together."