Football activity grounded to a halt at the weekend after the The FA, Premier League, EFL and Barclays FA Women’s Super League and FA Women’s Championship collectively agreed to postpone the professional game in England until 3 April at the earliest because of the impact of the COVID-19 virus.

The Robins trip eastwards to Cambridge United was immediately postponed, while all Academy and youth team fixtures were also quickly called off.

It's all understandably gone very quiet as the game in England awaits to see what is set to happen with the remainder of the season.

Despite the shutdown, there was some football involving the Robins at the weekend. Take a look:

Dan Bowry's impressive loan spell at National League South side Bath City continued with a clean sheet and three points for the Romans on Saturday.

The National League's three divisions went ahead as normal and a bumper crowd were at bottom of the table Hungerford Town's Bulpit Lane home to see a Bath side managed by former Cheltenham favourite Jerry Gill clinch another three points.

A goal from former Evesham United forward Adam Mann on the stroke of half time sealed a 1-0 win and keeps Bath 4th in the National League South, firmly in the play-off places and seven points off top of the table Wealdstone.

Bowry has made 26 appearances in all competitions for Bath. The Antigua & Barbuda international joined the Twerton Park side on loan in October and helped them climb up the table where they've remained in the promotion picture ever since. 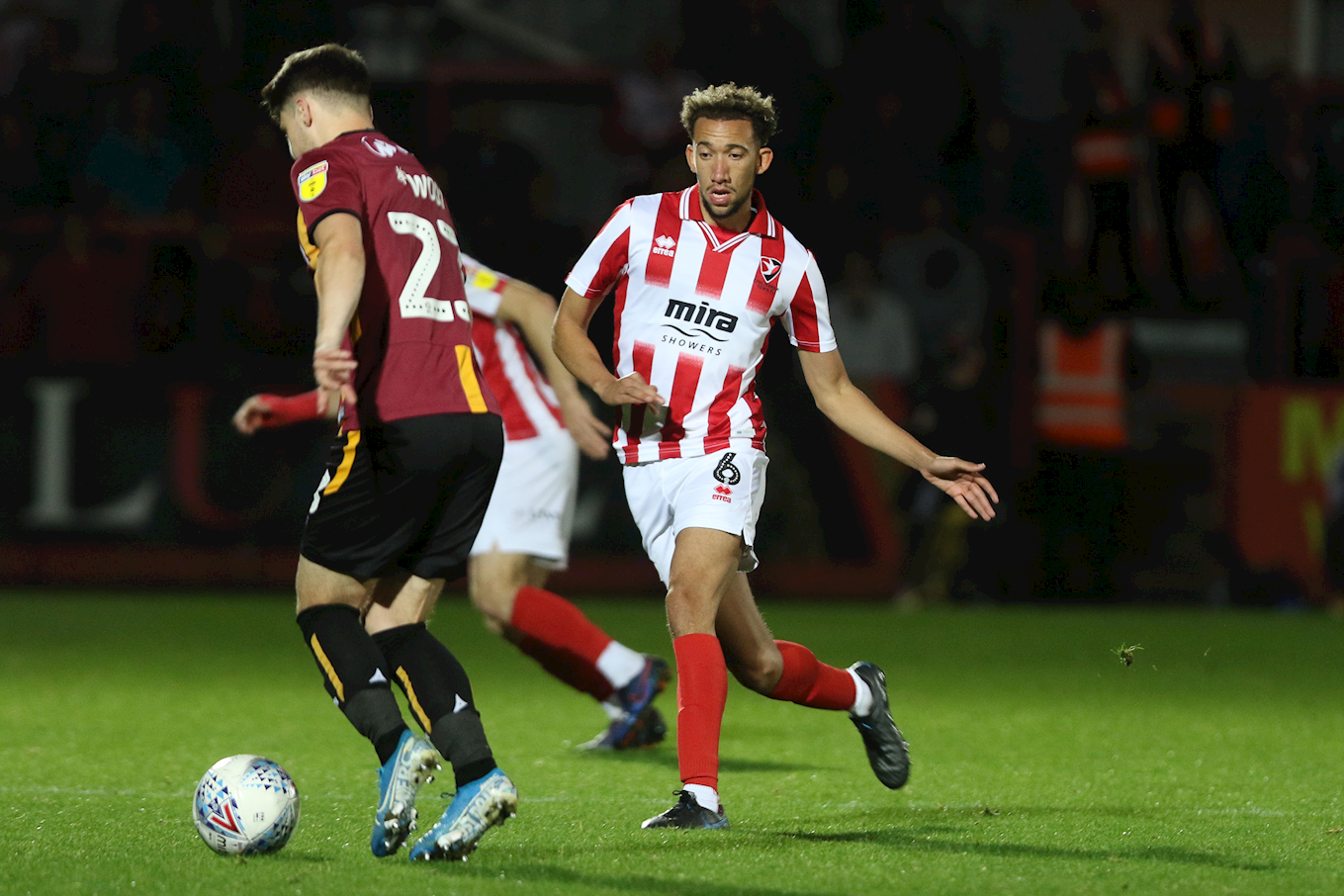 The impact of the coronavirus also impacted Cheltenham Town Ladies on the weekend. Alex Cheal's side were due to take on Bristol Ladies Union in the Gloucestershire FA Women's Trophy semi-finals as they look to defend their trophy.

However the game didn't go ahead with the Ladies set-up electing to postpone both their first team and Development team fixtures for the foreseeable future.

The Ladies are currently 4th in the FA Women's National League Division One South West as they push for potential promotion to the third tier of the women's game.

Jonté Smith completed 90 minutes for Bermuda in an international friendly against Jamaica on Wednesday.

The forward was in action for the Gombey Warriors at Montego Bay in Jamaica as they slipped to a 2-0 defeat in a warm up fixture for their upcoming CONCACAF Gold Cup 2021 qualifiers against Cuba, Trinidad & Tobago and Haiti.

Smith, who has four goals in 16 appearances in all competitions for the Robins, was due to travel back to the UK on Friday.

The professional game in England may be suspended, while several non-league divisons have also opted to postpone games, but there were still plenty of former Cheltenham players making an impact for their current teams at the weekend.

In the National League former loanee Tom Denton helped Chesterfield to a point on the road at Dover Athletic in their battle to avoid the drop. Liam McAlinden meanwhile scored a second half winner for Stockport County to help their promotion chances as they won 2-1 away at Maidenhead United.

Kyle Wootton (pictured) hit the back of the net twice for Notts County as they hammered Eastleigh 4-0. 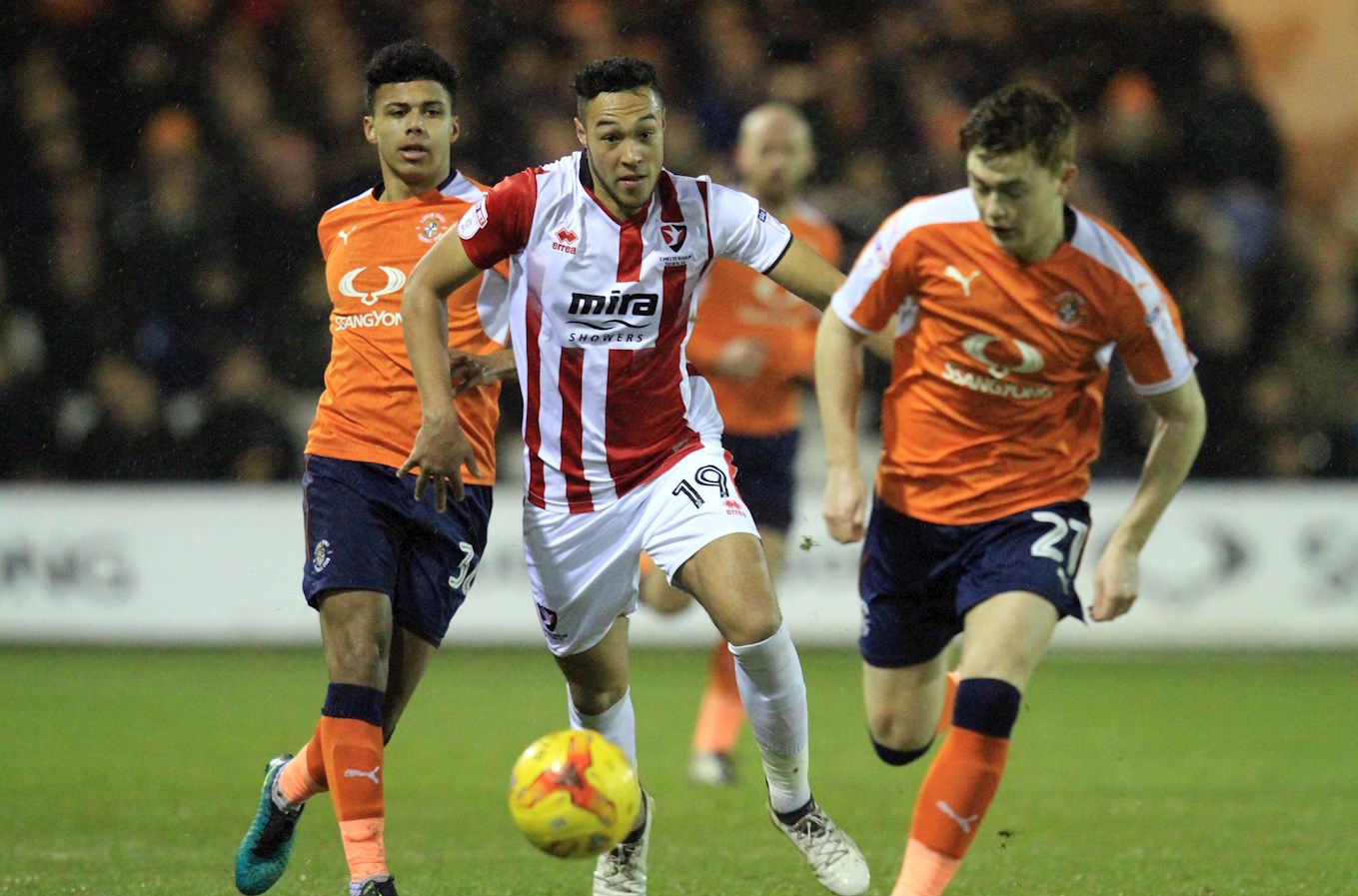 In the National League North Omari Sterling-James scored a consolation goal for Kettering Town in their 3-1 loss at AFC Telford United. Jimmy Spencer meanwhile helped Farsley Celtic to three points with a goal in their 4-2 win over Darlington.