Will Boyle was left dispirited and frustrated after Cheltenham Town's exit from the League Two play-offs.

The Robins threw away a two-goal first leg lead to lose 3-2 on aggregate against Northampton Town.

It's a trip to Wembley now for the Cobblers and Boyle was left with nothing but regrets for how his team's performance panned out having been in a dominant position heading into the second leg.

"I don't think we've been as bad as that all season on the biggest occasion," he said.

"I can't really put my finger on it at the minute and it's something we're going to have to be looking to put our finger on moving forward because we need to use that now going into next season.

"Everything we've done all year, the nitty gritty of the game, what we've been unbelievable at all year, we didn't do from minute one I think.

"The amount of first contacts and second balls they won - they completely battered us in that area, which is what their game is built on.

"They're good at it but we pride ourselves on it as well. From there we never built a platform where it never looked like us for five minutes in the game - and that's from minute one to minute 90."

See the full interview with Boyle by watching at the top of the page.

You can also watch Michael Duff's post-match thoughts to the defeat, and read the match report from the Jonny-Rocks Stadium. 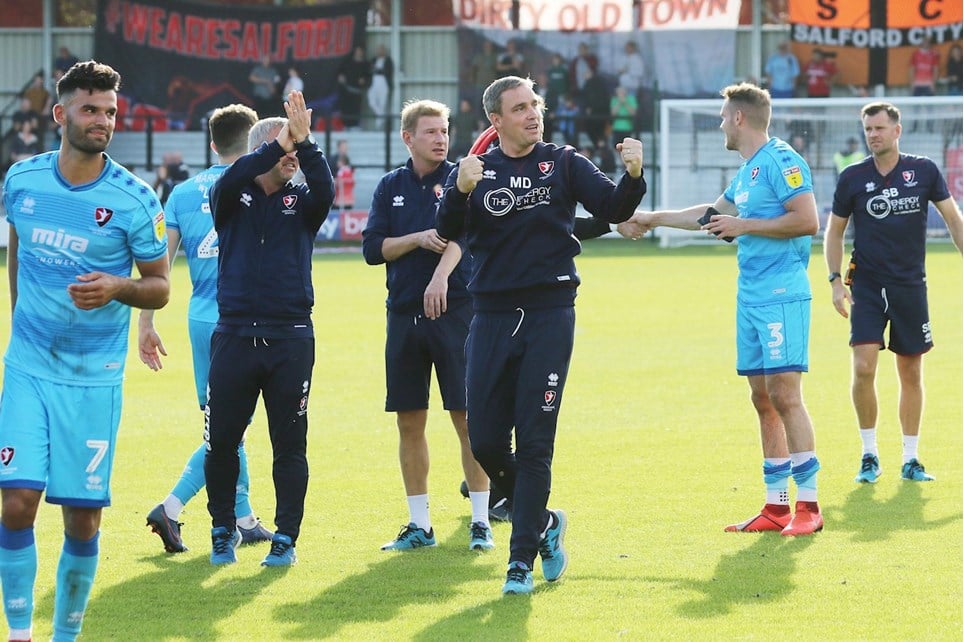 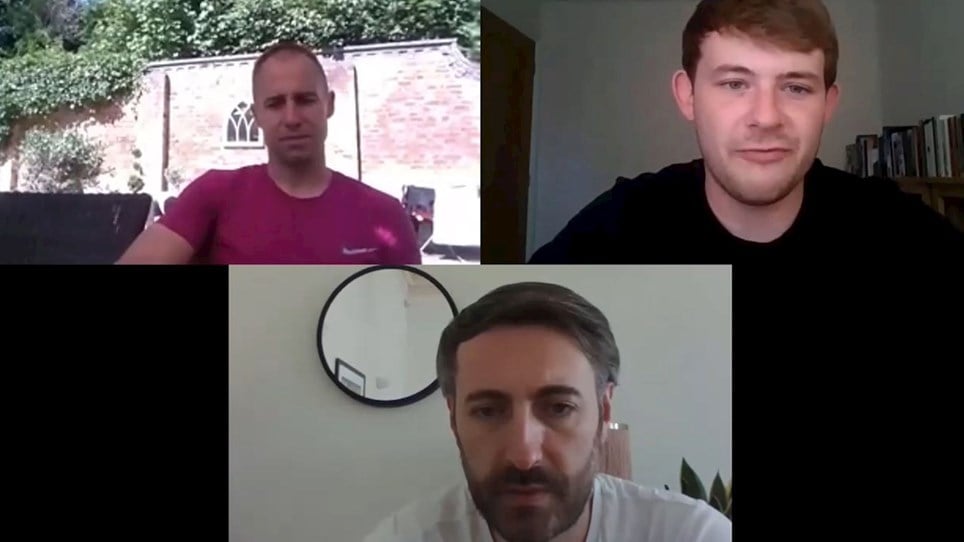 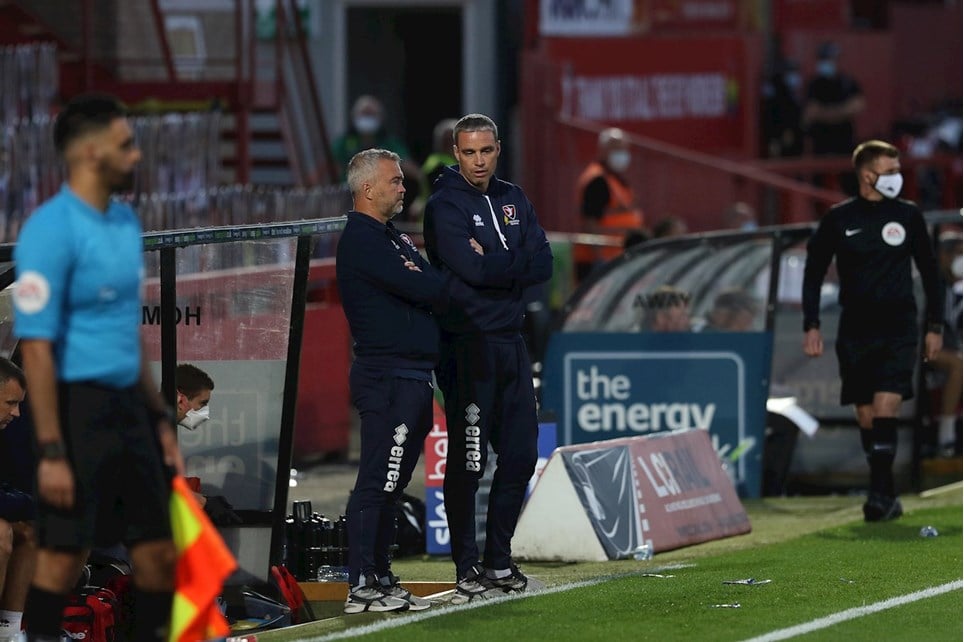 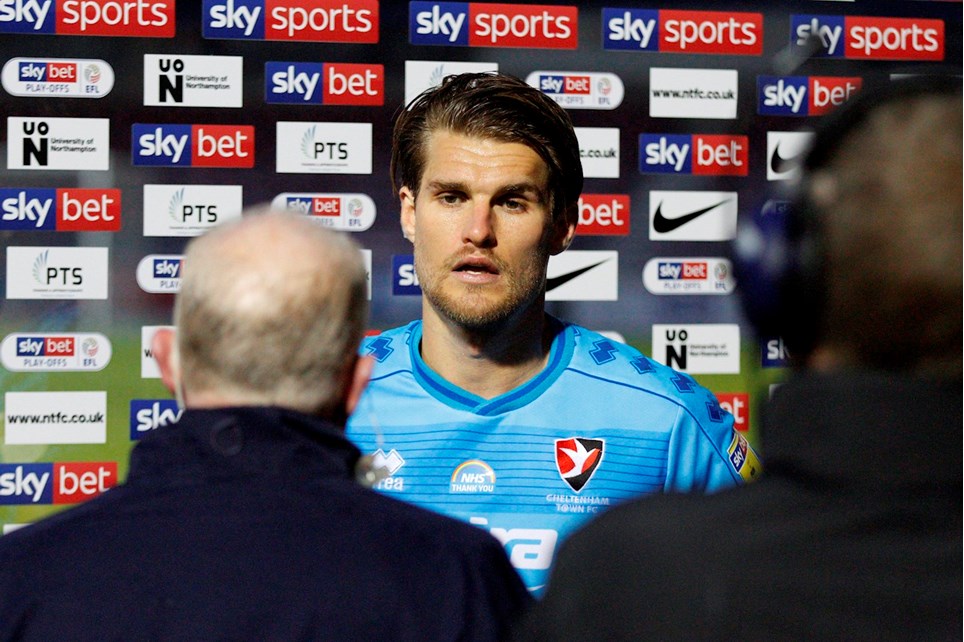 
Charlie Raglan was pleased that him and his Cheltenham Town teammates were able to get off to a positive start in their League Two play-off semi-final with Northampton Town.