Regular foes in Football League campaigns down the years, including in the play-offs, Cheltenham and play-off semi-final opponents Northampton Town have seen plenty of players pass through the doors of both clubs.

We have picked a few familiar names that Robins fans will remember from watching them in action at the Jonny-Rocks Stadium down the years.

First up are the players on both sides of the current squads who have worn both teams colours.

Robins skipper Ben Tozer had three separate spells with the Cobblers, originally in the form of two loan spells from Newcastle United between 2010 and 2011 which then turned into a permanent move in 2011.

He went onto spend a further four years in Northamptonshire and in the 2012/13 season was a part of their squad that defeated Cheltenham in the League Two play-off semi-finals before going onto lose 3-0 to Bradford City at Wembley.

There are three former Cheltenham men among Northampton's current ranks. Popular forward Billy Waters joined them from Cheltenham in 2017 but has since had a loan spell back at the Jonny-Rocks Stadium last season, while he also spent the second half of this season on loan at Newport County.

One other former Robin in their squad is defender Lloyd Jones (pictured). He's on loan at the PTS Academy Stadium from Championship outfit Luton Town and was similarly on loan at Whaddon Road in 2015 from Liverpool where he began his senior career. Striker Andy Williams was in the youth team at Cheltenham before going onto establish a solid Football League career. 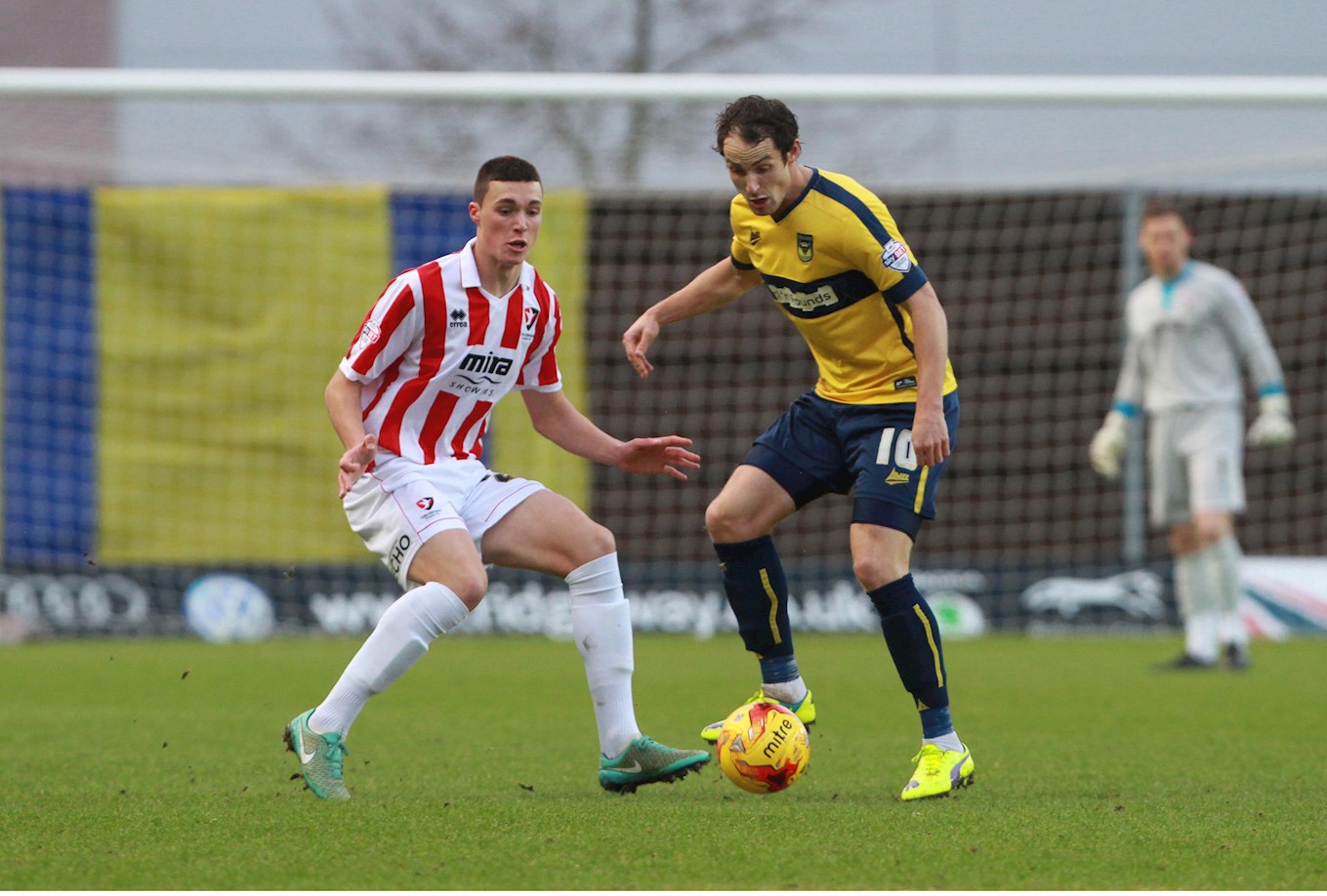 Moving onto some of the names that made a noteworthy contributions for both clubs and the list begins with experienced striker Neil Grayson. He made over a hundred appearances at Sixfields in the mid-90s before moving onto Cheltenham where he again appeared regularly having had a stint at Hereford United in between.

Another well-known Cheltenham front man, Julian Alsop, had a brief stay at Northampton in 2004 after his first spell with the Robins, while Jerry Gill had a loan spell that turned into a permanent move with our play-off semi-final opponents. He injured his anterior cruciate ligament in his time there though and eventually moved onto his time with Cheltenham in Gloucestershire where he was a part of the 2006 League Two play-off winning squad.

Kaid Mohamed helped the Robins to back-to-back League Two play-off campaigns in the early 2010s, and after his time at Cheltenham spent time on loan with Northampton when contracted to Port Vale. Dave Norton from our 1999 Conference winning team featured for the Cobblers in the mid-90s where they had signed him from Hull City.

Another player with promotion and play-off pedigree while in a Cheltenham shirt, Steve Guinan, saw his final Football League spell before dropping into the non-league game come with his time at Northampton between 2009 and 2011. Back between 2003 and 2006 winger Josh Low made over a hundred appearances for the Cobblers a couple of years before he made the switch to Cheltenham.

Some of the other players to don both jerseys include Darren Carter (pictured), who appeared for Cheltenham in the 2012/13 play-off semi-finals against Northampton, and would end up signing for them after that play-off campaign where he became a teammate of Ben Tozer's. 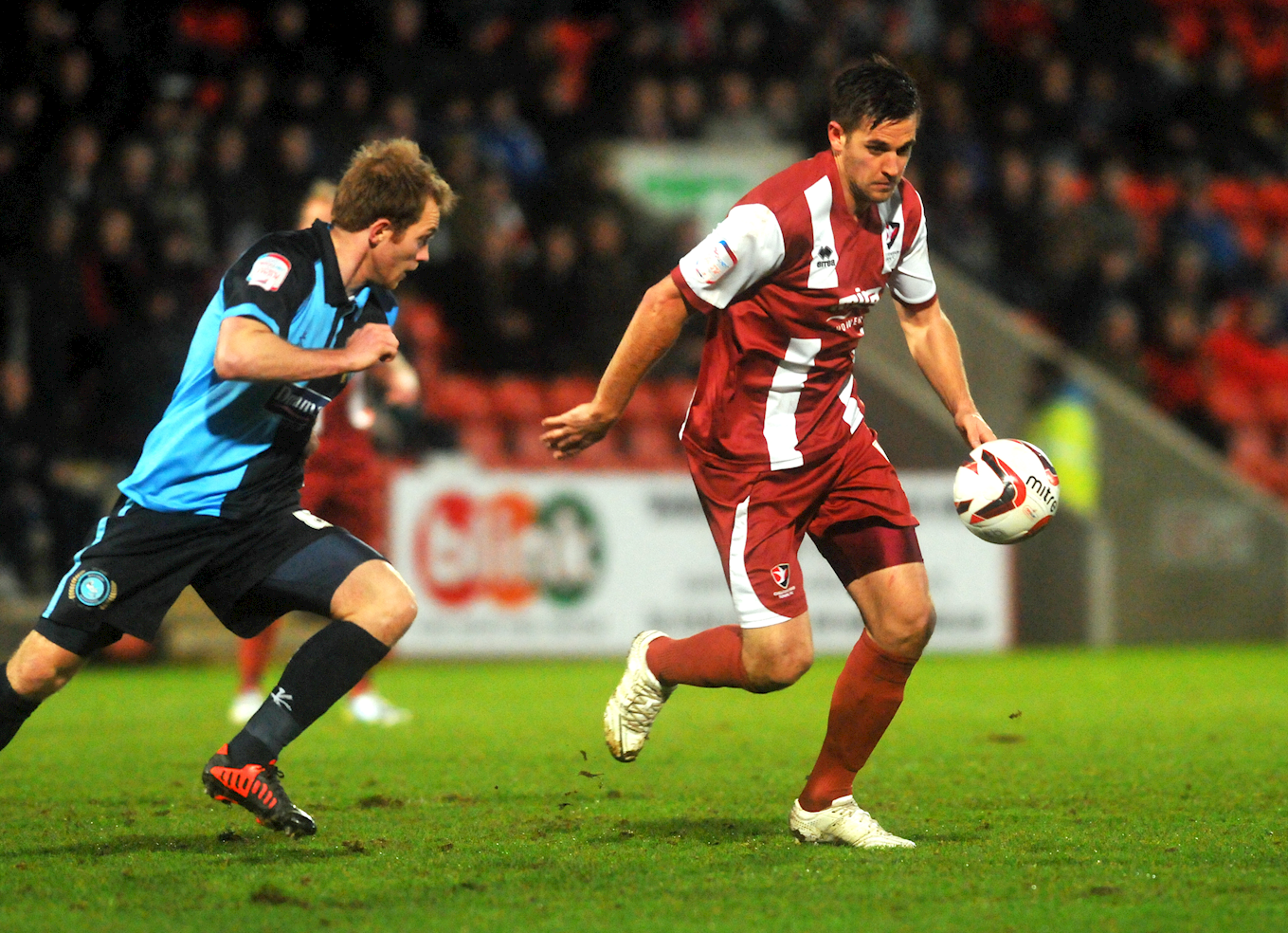 Cheltenham youth team product Sam Foley was with Northampton between 2017 and 2019, now Portsmouth front man John Marquis had two loan spells at Sixfields before moving to Cheltenham on loan, while it's the same story for Ben Marshall and now Anderlecht attacker Kemar Roofe.

Midfielder Jason Taylor had a season with the Cobblers after leaving Whaddon Road. Much travelled striker Leon Constantine moved on loan to the Robins from Northampton in 2009 and two men who spent time at Bristol City, Alex Russell and Kevin Amankwaah, have also featured for both clubs.

Here are a few others who have spent time with both the Robins and Cobblers over the past few years: