Supporters who purchased a cut-out for the club's League Two play-off semi-final against Northampton Town last month have had the opportunity to visit the Jonny-Rocks Stadium this week to see the cut-outs in position.

There are over 1,000 cut-outs lined up across the Paddock, Tunnel, Autovillage Stand, Speedy Skips Stand, Colin Farmer Stand and Hazlewoods Stand which were purchased by fans as part of a Crowdfunder campaign to raise money for the club, and to get behind the players in the play-off semi-final.

After Wednesday and Thursday's booked visits the cut-outs will now be remaining in position with plans to take them down to be confirmed in a couple of weeks time.

When they have been removed and stored in a safe place fans who purchased a cut-out will be able to decide whether they wish to collect them when they are available or have them signed by members of the squad.

The club will send out an update to all supporters with a cut-out when they are available.

Thank you to the fans who popped in this week to see them. We hope everyone enjoyed seeing our artifical army of Robins fans in position at the Jonny-Rocks Stadium. 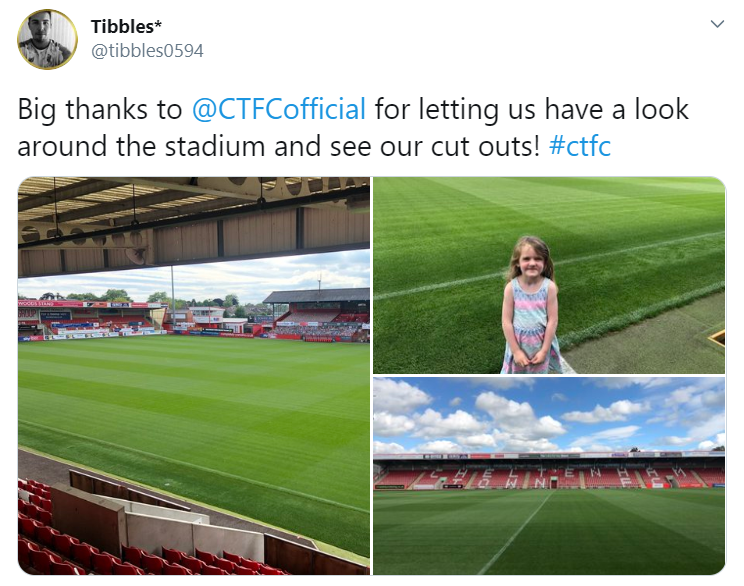