Assistant boss Russell Milton on the game with Oldham Athletic

Assistant manager Russell Milton is looking at Saturday's home match against Oldham Athletic as an opportunity for Cheltenham to impose themselves on their visitors and to get back to winning ways at home.

Without a home win from the last four outings at the Jonny-Rocks Stadium in League Two, Milton is hoping this weekend's first home fixture of 2020 will see the Robins record three points.

He is expecting a difficult Oldham side to make the journey to Gloucestershire however - a team who earned two wins over the Christmas period.

"They're on a decent run. In their last ten games they've won four. Dino (Maamria) has picked them up a bit," Milton said.

"We want to try and impose ourselves on people now and get back to winning at the home ground.

"We've got four of the next five games at home so it's important we perform and get our home form going."

Watch the full interview with Milton above on iFollow.

Tickets for Saturday's match are on sale online and will also be available to buy on the turnstiles. Kick-off against the Latics is at 3pm. 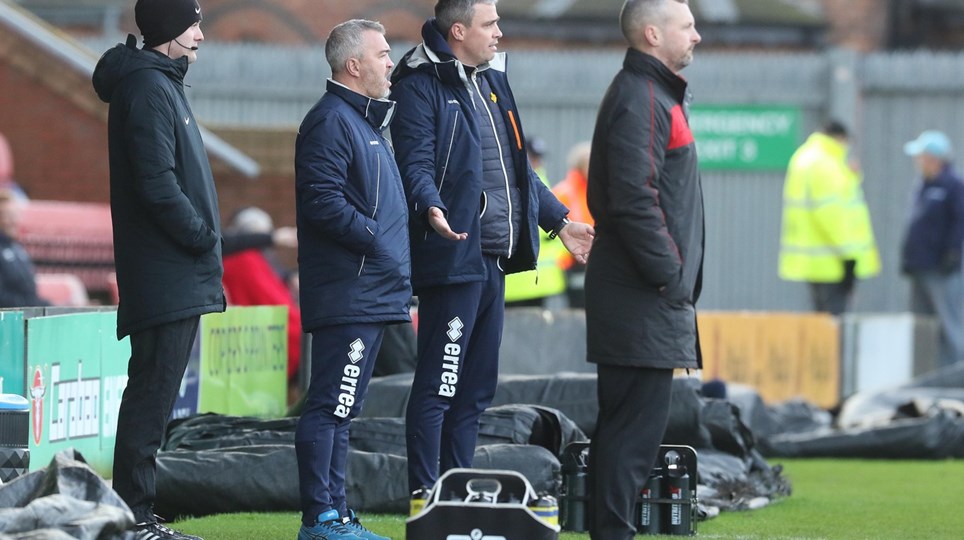