Cheltenham Town head to Cheshire on Saturday for the first of two big away matches against teams in and around the higher echelons of League Two.

Michael Duff leads his side into battle at Crewe Alexandra in a third against fourth clash (kick-off: 3pm).

The Robins occupy an automatic promotion spot heading into the weekend, and though facing a difficult task against an eye-catching football outfit, will be eager to continue the 11 match unbeaten run away from home that stretches all the way back to September.

Crewe will be looking to get back to winning ways after they lost at top of the table Swindon Town last weekend, with an opportunity to leapfrog the Robins if they get a positive result.

There have been no January incomings this week so there are no debuts to contend with, though new goalkeeper Owen Evans is in line to make his second appearance and his first away from home for the Robins.

Luke Varney has been back in training and is in contention to face his former employers.

Scott Flinders, Reuben Reid and Ryan Broom all miss out through injury. Alex Addai returns from his suspension.

Goalkeeper Owen Evans has also been discussing the match. You can watch footage for free on iFollow from the players training session on Thursday.

Crewe have bolstered their defensive options this week with the signing of Michael Nottingham on loan from Blackpool.

The 30-year-old brings more experience to a young side that also has its sprinkling of knowledgable pros who have played the game at a higher level.

Goalkeeper Will Jääskeläinen, the son of former Bolton Wanderers great Jussi, is likely to be the man they rely on in goal on Saturday.

In front of him their options range from academy graduates Perry Ng and Harry Pickering to 36-year-old Nicky Hunt - a former teammate at Bolton of Jääskeläinen's father.

In midfield Tom Lowery adds lots of energy to an area of the pitch where experience is provided by Republic of Ireland international Paul Green. 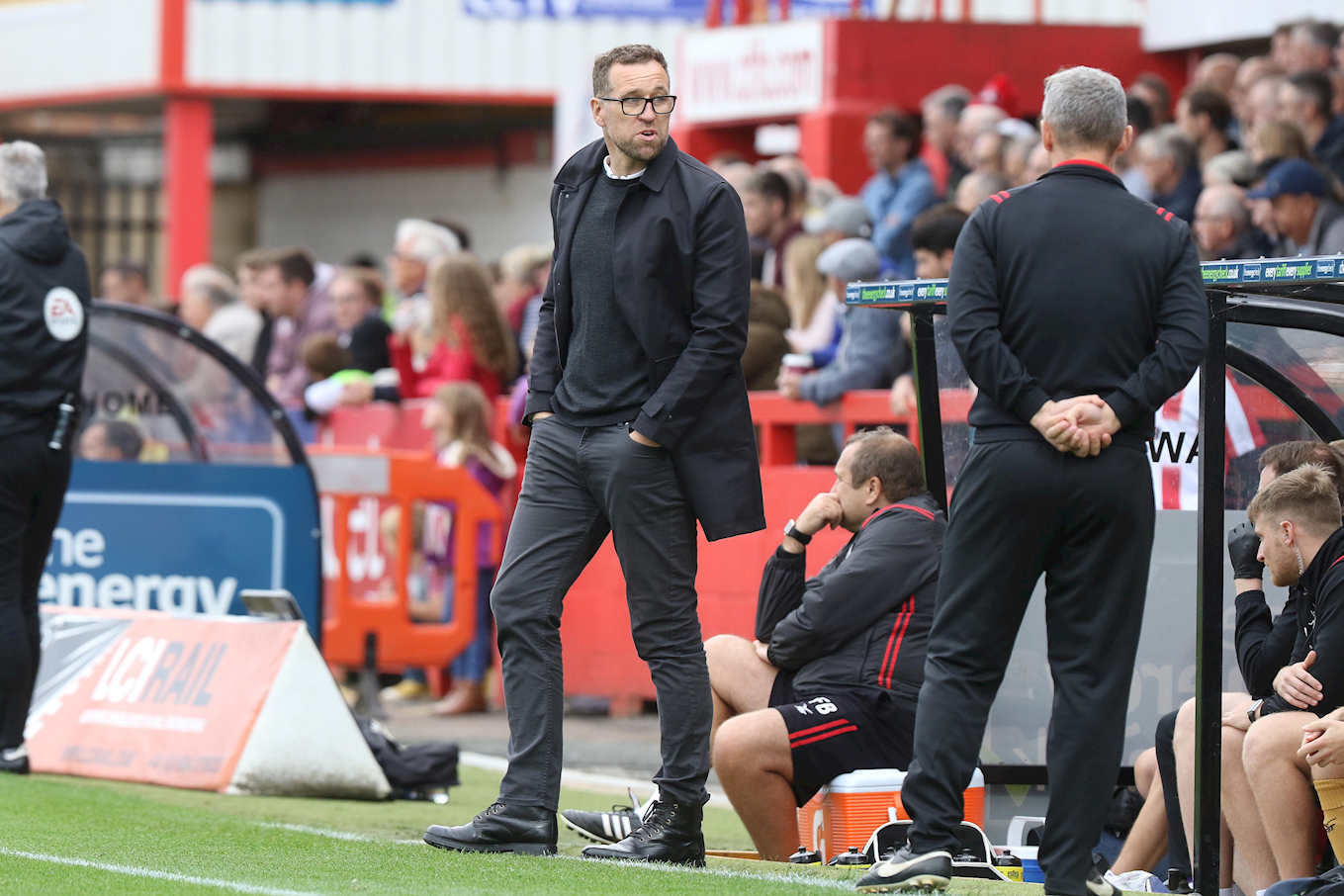 Callum Ainley is another from their long line of academy products who could line up in midfield, while 22-year-old Ryan Wintle could also be deployed there.

In attack Chris Porter has been their top goal scorer this season with ten goals though has been out of action of late with an injury problem.

Crewe go into the game on the back of consecutive losses to Championship outfit Barnsley in the FA Cup third round and table toppers Swindon Town last weekend.

They've lost at home only three times this season and when it comes to league competition they are unbeaten at home in four. Their last home loss in League Two coming against Port Vale at the beginning of November.

David Artell is in charge at the club where he spent two years of a career that also saw him play for Rotherham, Mansfield, Port Vale and Wrexham among others. He finished his playing days in non-league with seven caps for Gibraltar to his name.

It was late September when the teams first met this season. Crewe held on with ten men to earn a good point on their travels to Gloucestershire.

Gavin Reilly gave Cheltenham an early lead after only nine minutes when he swooped inside the six-yard box to score from close range when a corner fell to him. Crewe levelled though on the stroke of half time when Chris Porter found the back of the net.

Perry Ng was shown a second yellow card for Crewe with 20 minutes of normal time to play. Michael Duff's side couldn't make the most of their one man advantage though and the game ended in a draw.

Watch the highlights from that meeting:

Supporters can buy tickets on the day at Crewe. They are priced at:

Supporters who have booked on the Travel Club coaches making the trip are advised that it leaves from the Jonny-Rocks Stadium at 10.30am.

Fans can check out this useful guide from Away Games on making a trip to The Alexandra Stadium. The Corner Bar has been recommended as a local pub for away supporters to visit - it's both close to the nearest train station and stadium.

Keep up to date by following @CTFCofficial on Twitter for team news and match updates. You can also visit the club's Facebook page to see score updates.

After the match visit the club website to see the on the whistle match report and watch reaction from manager Michael Duff and a member of his squad.

Highlights will be available on iFollow as well as on the club's YouTube channel.