Cheltenham Town Ladies manager Alex Cheal is getting set to guide his team to one of the biggest second halves of a season in their history.

Their first game back after the Christmas break saw them pick up three points on the road at Poole Town last Sunday as they made a winning start to 2020.

Currently sitting third in the FA Women's National League Division One South West, they are nine points behind leaders Southampton FC with a game in hand.

"We have a young side and we are in a transitional period where we need players to take on board information," Cheal said when looking ahead to his teams next 12 fixtures.

"Its remarkable that we find ourselves where we are after the changes we adopted in-pre season. It's much of the same after Christmas with players continuing to take on board what's required of them when they wear the Cheltenham shirt.

"We started the season with a larger squad because we knew we would need it. We will look to add to the group if needed, but we are really happy with the balance of the squad at the moment.

"We know we have to win every game after Christmas to put ourselves in with a chance of winning the league. If we are honest, Southanpton FC have been the standout side and are clearly misplaced in the pyramid. We have our own aims and objectives which cover getting ourselves into contention for top two and so we will do all we can to achieve that."

If the Ladies are to make an assault on pushing for the league title this season then they'll do it in the knowledge that their squad boasts two of the divisions most threatening strikers.

Annie Martin has netted 12 times in 11 games so far this season, while summer signing Kerry Bartlett won the league title with Keynsham Town last season and has scored 10 times in 8 matches so far too. 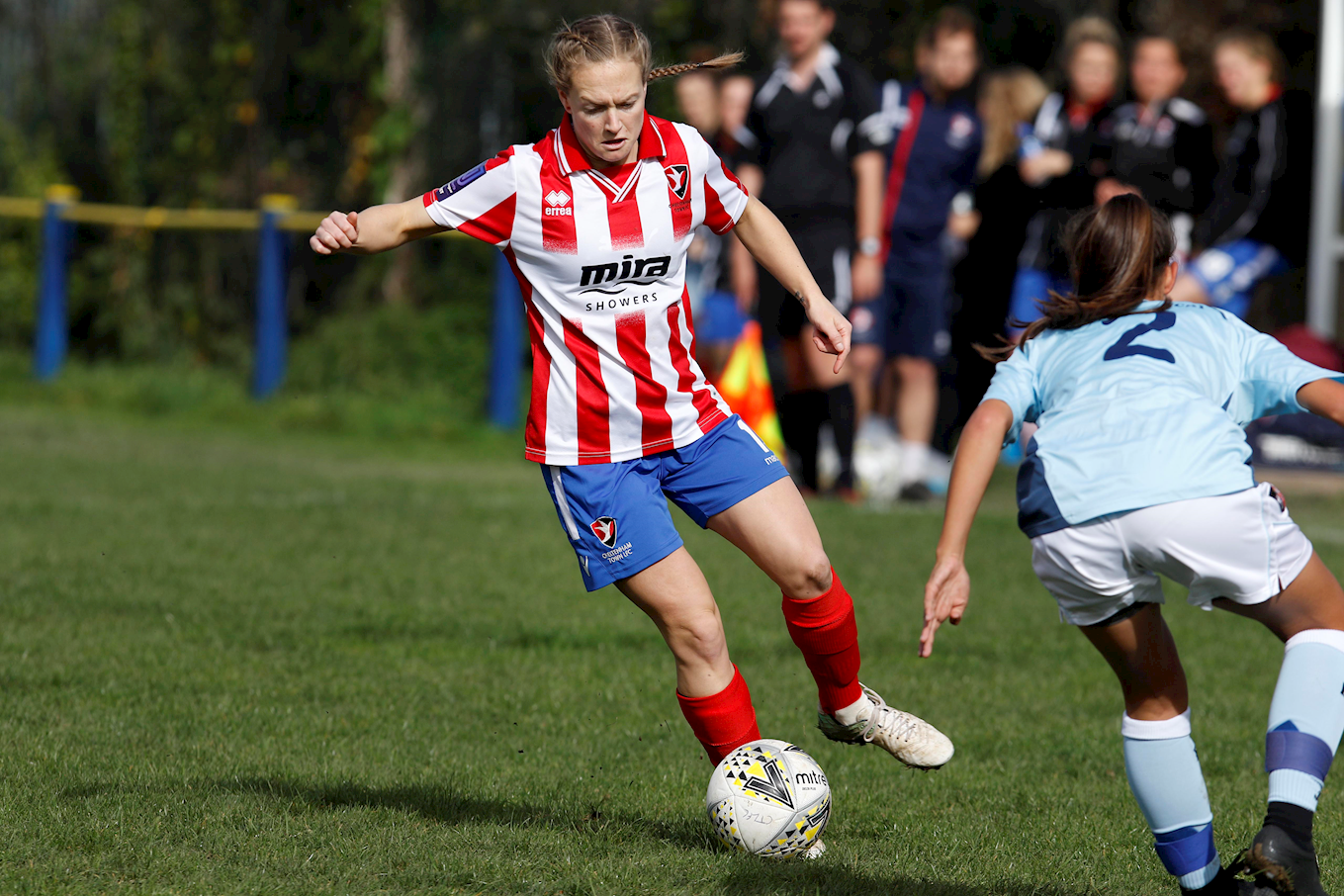 "Having both Kerry and Annie is very important and both have had an impact on our season already," Cheal added.

"I dont believe we have seen the best of either player yet and that's largely down to injuries for both. If you look at the sides that do well in our league, its generally down to goalscorers and that's certainly what both Annie and Kerry are."

Cheal's team are next in action on Sunday 26 January when they host Swindon Town Ladies at The Big Local Stadium - the home of Cheltenham Saracens at Petersfield Park.

He firmly believes the foundations are in place with the Ladies to continue moving forward and all eyes will be on their performances in the Women's National League as they look to surpass last season's fourth place finish.

"I believe everything that's been put in place in the last 18 to 24 months has resulted in our club being considered a leading side in the division. That's not just a reflection on the playing side either, that's credit to the guys that work behind the scenes because women's football is judged on the overall package.

"I maintain there is more to come from the club as we continue to push our boundaries but right now on reflection we are doing really well."