Jacob Greaves has described the decision to remain as a Cheltenham Town player until the end of the season as a "no brainer".

The 19-year-old has excelled in a loan spell from Championship side Hull City having made 30 first team appearances in all competitions.

It was recently confirmed that his loan agreement would be extended until the end of the campaign alongside fellow Hull loanee Max Sheaf.

"I think it was in the pipeline for a bit hoping to get me to stay and that’s what I wanted," he said.

"I spoke to the gaffer at Hull and that’s what his plans were and I was happy with that.

"I’m settled in now and the staff and the players have been great with me and also the fans. It was a no brainer for me to stay and hopefully push for promotion."

In September he was voted the EFL Young Player of the Month throughout all three divisions in the Football League.

Meanwhile in December Robins fans selected him as their Autovillage Player of the Month, another award he was pleased to gain recognition for.

"I think the gaffer from Hull tagged me in something from Twitter and that popped up – I saw it from there," he added.

"I was delighted to get a decent award really. It wasn’t the best month for the football club but on a personal level I thought I put in some decent performances and that showed in getting the player of the month."

He has been part of an excellent defensive unit this season. That has set the platform for the team to produce the performances and results that currently see the Robins sitting in the automatic promotion places. 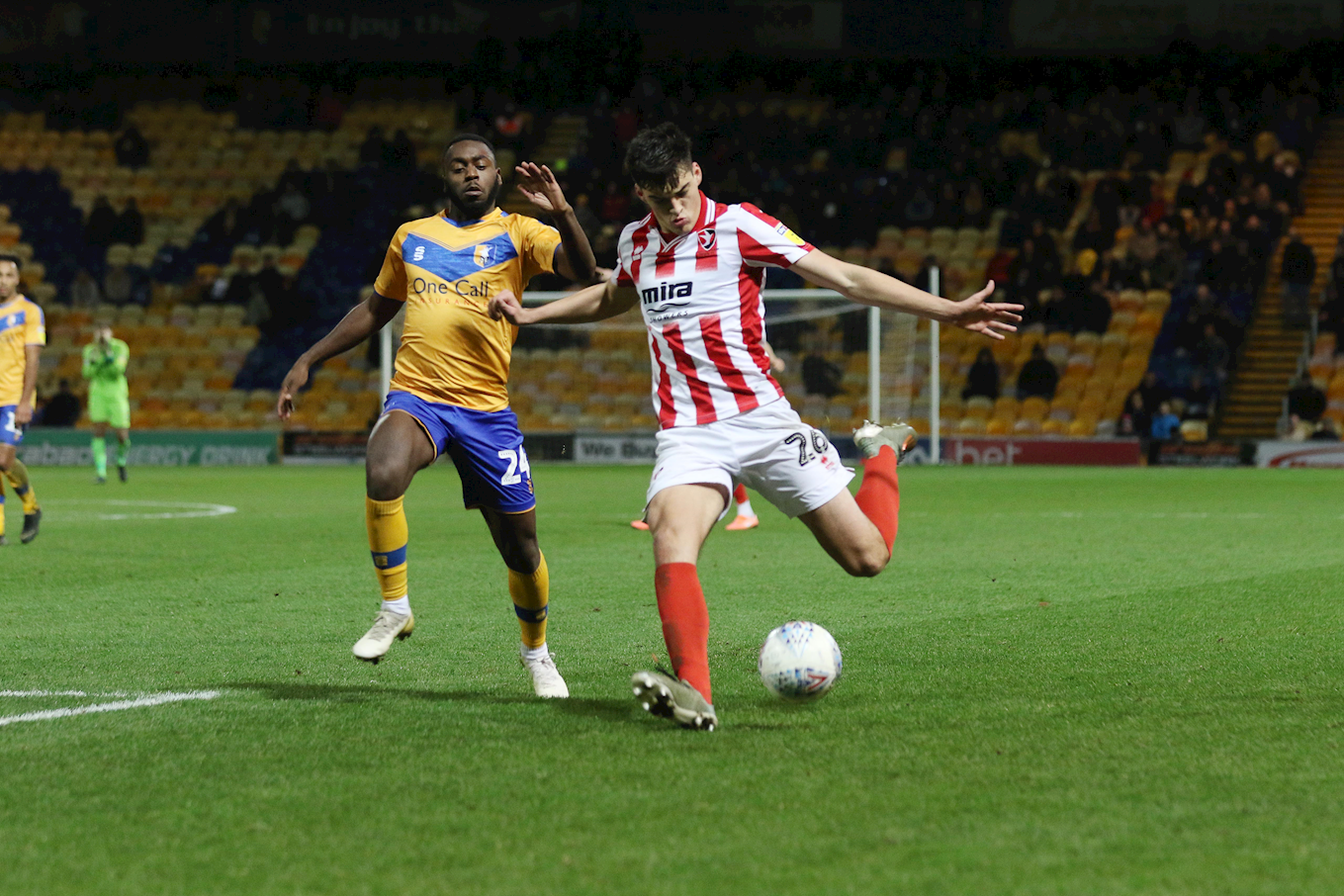 A new face has joined the squad of late in the shape of goalkeeper Owen Evans following the season ending injury to Scott Flinders, and Greaves is confident that if the team can continue doing a job defensively then it'll allow their attacking side to take advantage against opposition clubs.

"When we’re keeping a lot of clean sheets and not conceding many goals it means the forwards think they’re going to get the winner – that’s what every forward wants.

"That is what our plan is to do as defenders, not to concede too many goals. Sometimes that doesn’t happen – you see in League Two all the time that there’s goals everywhere.

"We’ve managed to keep it below two I think in the league all season which is good and we’ve kept a lot of clean sheets along the way. It starts from the back – if we can keep the clean sheets the boys going forward can hopefully get us a few goals."

The next outing for Greaves and his teammates is this Saturday when it's a third against fourth place clash at The Alexandra Stadium, the home of Crewe Alexandra, in Cheshire.

Kick-off is at 3pm and tickets and away travel are available to purchase from the ticket office on Thursday and Friday between 10am and 3pm.