Michael Duff is calling for his Cheltenham Town side to follow up their point on the road at Bradford City on Tuesday evening with a positive result at home to Morecambe on Saturday.

Alfie May's late strike earned the Robins a point in West Yorkshire in midweek. Now after the long journey up the M5 and M1 it's a return to home action against 23rd place Morecambe.

Victory on the weekend would represent a good week with the draw at Bradford, and Duff is calling on his side to be mentally prepared for an opposition who collected a fantastic away win over Walsall on Tuesday themselves.

"We are back at home so it's important as we did with two tough away games at Northampton and Newport and we turned them into very good points by winning back-to-back at home," he said.

"It's the similar sort of thing that we need to win on Saturday to back up a good point at Bradford. That's essentially what we're trying to do.

"We are under no illusions that we've become a big team in this league and that we've got any divine right to go and beat Morecambe at home.

"They've changed the manager, brought some good players in, got some good experience and some good results to back it up.

"If we turn up thinking it will be easy we'll get beat. A hundred per cent. They are not a bad team so it is important that we have the right mentality as we did on Tuesday night.

Watch the full interview with Duff above on iFollow.

Tickets for Saturday's fixture are available to buy online and from the ticket office in advance.

The ticket office is open from 10am to 3pm on Thursday and Friday. 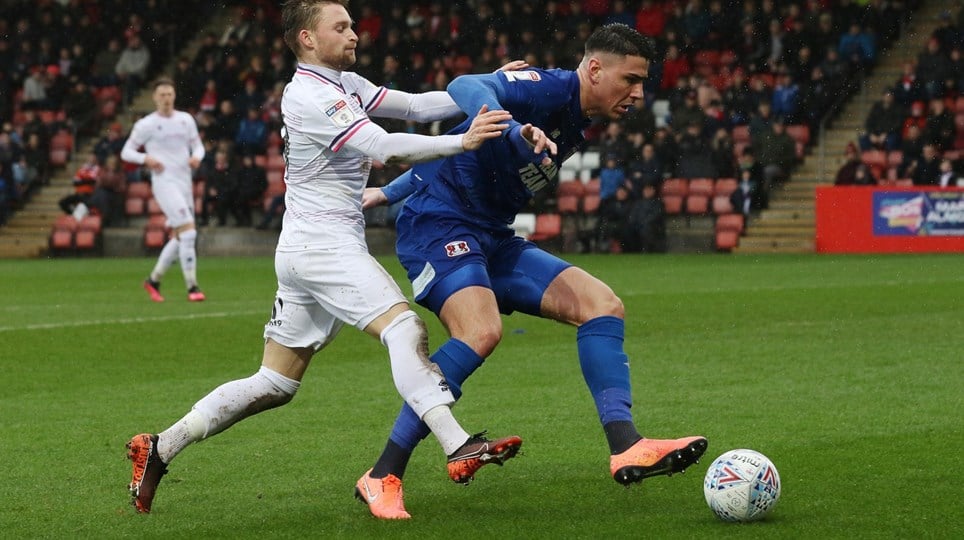