Cheltenham Town produced another fine display to notch three goals for the second time in seven days, this time to defeat Walsall and complete a satisfying league double.

Max Sheaf and Alfie May each added their second goal in seven days, sandwiching a typically unerring finish by Conor Thomas shortly after the interval.

The Robins were simply too good for the Saddlers on the day and dominated the contest from start to finish, moving into the automatic promotion places to mark the manager's birthday.

There was only one change to the starting 11 with Owen Evans starting in goal after his arrival at the club on Thursday.

Scott Flinders had suffered a broken leg during last weekend's 3-0 victory against Oldham Athletic, an injury that rules him out for the remainder of the season. Rhys Lovett returned to Tiverton Town for a second loan spell so youth prospect Freddie Lapworth was promoted to the bench alongside Jake Doyle-Hayes.

The young midfielder had returned from the concussion he suffered at Northampton Town during the Christmas period.There was an early setback with a quarter of an hour played when Ryan Broom was withdrawn with an apparent injury. Sean Long was therefore pressed back into action earlier than expected in the right wing back role and only three minutes later, the Robins took the lead.

It came about through a similar move to the opening goal against the Latics seven days ago, although this time Chris Hussey was the supplier from the left and not Tahvon Campbell. The left wing back pulled it back into the path of Sheaf who applied a measured finish to put his side in front.

The goalscorer had a good chance to extend the lead midway through the first period, but he couldn't connect with Long's ball from the right. A moment later, Campbell placed a header wide and Sheaf bent one wide from distance.

Evans made his first meaningful save six minutes before the break to deny Josh Gordon from 18 yards. Then the Saddlers almost drew level when a deflected shot hit the post and was cleared to safety.

Liam Roberts, the Walsall goalkeeper, was called into a flying stop within seconds of the restart to prevent Alfie May grabbing a second goal with a deft left footed effort from 12 yards.

Walsall made a couple of changes early on in the second half to force a change of momentum and former loanee Elijah Adebayo was presented with a couple of great chances to get his side back into the contest, but he headed one wide and failed to trouble Evans with the other.

But it was Thomas with the next goal of the contest following another slick move down the right, started by May. He found Long on the overlap and the Irishman centred to Thomas, who made no mistake from 12 yards.

George Lloyd was handed a 26-minute appearance, in place of Campbell, and almost created a third for May with his first touch but the striker's angled effort was well saved by Roberts.

Lloyd's fine ball into the diminutive striker in the 72nd minute lead to the decisive third goal, and the second in a week for the new recruit.

Adebayo made a third chance count to reduce arrears six minutes later, meeting a Caolan Lavery cross at the near post to stab home and seal the win, moving Duff's side up to third in the League Two table. 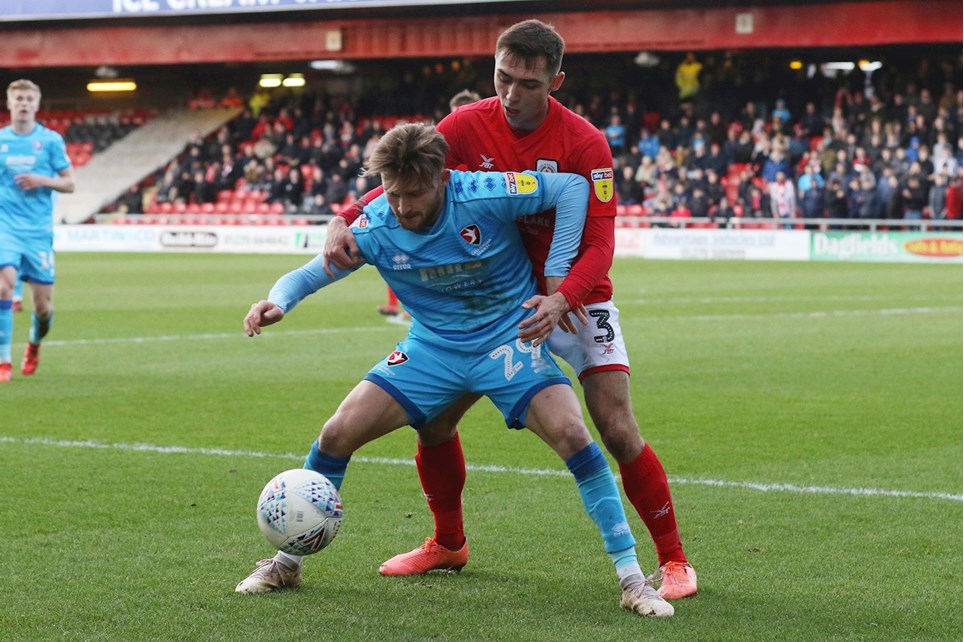 
Cheltenham Town suffered a first away League Two defeat in 11 matches as Perry Ng’s second half strike settled a closely fought encounter at The Alexandra Stadium. 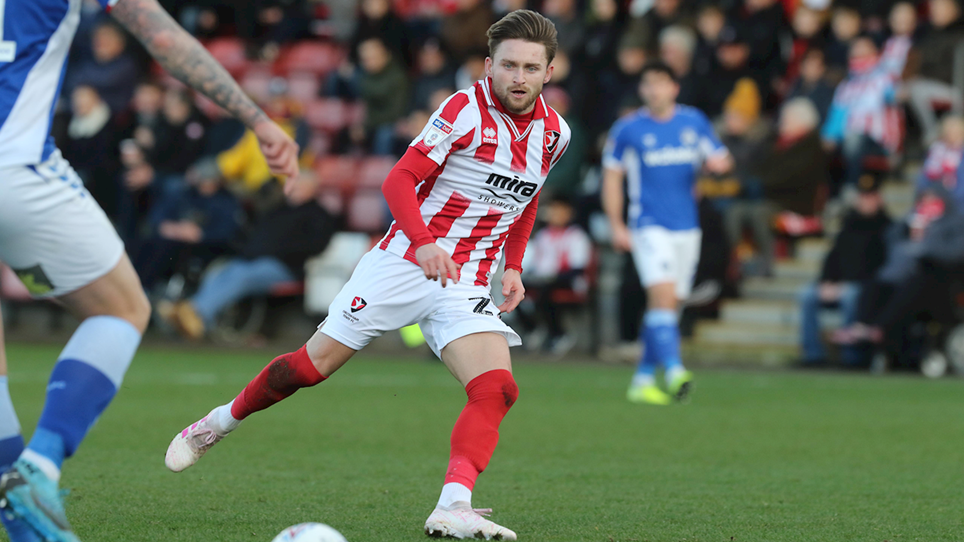 
Debutant Alfie May marked his first start in Cheltenham Town colours with a goal in a welcome win at the Jonny-Rocks Stadium. 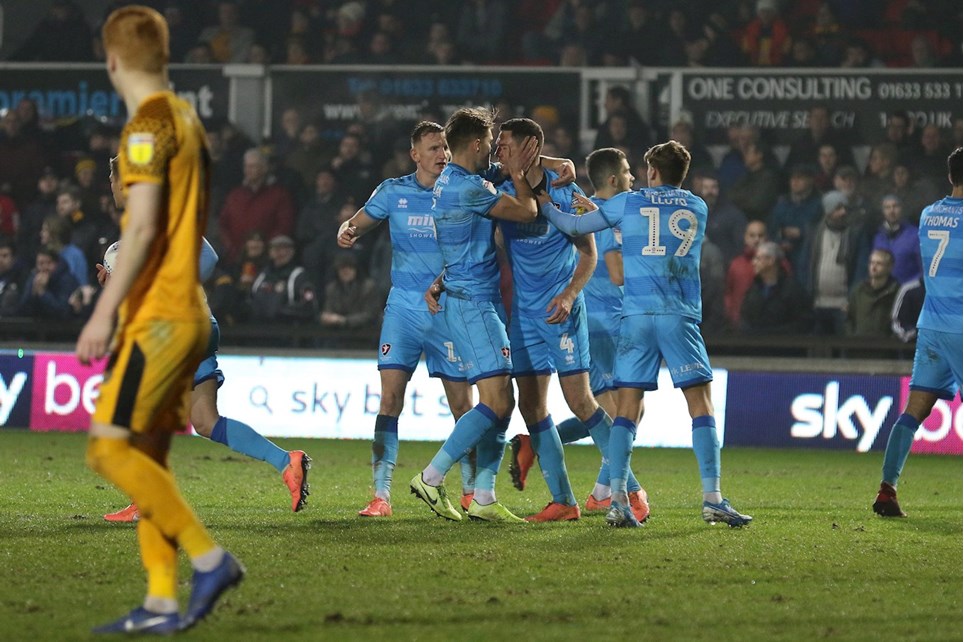 
Cheltenham Town ended the decade as they started it – with a 1-1 draw on the road.