First year scholar Dan Stevens has successfully bridged the gap in making the step up from last season's under-16s squad to life as a full time scholar.

The teenage striker, who hails from Oakridge near Stroud, has now established himself in Pete Haynes' under-18s side at the Jonny-Rocks Stadium.

A former Thomas Keble School student, Stevens is one of a number of first year scholars who will be looking to kick on in the remainder of his scholarship in the hope of pushing for a first professional contract.

Read below to find out more about how he has found the notable step up into the scholarship programme and how he's found being around the first time environment at The Energy Check Training Ground.

As a first year scholar how have you found the process of going from someone who trains midweek as part of the academy to full time training?

It’s been a good process – something I’ve had to get used to physically in the sense it’s a lot more work. It is good because I’ve found that I’ve got more free time when I’ve finished so I’m getting more work done and more time to relax after.

Physically it's a step up but have you noticed a mental and tactical difference as well in the sense there's more coaching time on the grass and analysis in the classroom?

The training is very much suited to what I need to improve on and I feel like I am actually improving my own game a lot better than when I was just training in the evenings. Evening training was good but it was generalised, now I’m more aware of what I need to improve on which helps me improve as a player and I do feel like I have improved as a player. With the physical side it has meant I’ve picked up a few injuries but it’s just part of it.

When you do play what sort of striker would you describe yourself as?

I would like to say that I am a goal scorer once I get the opportunity. I can hold up the ball well because I'm quite physical and I'm also fairly fast. 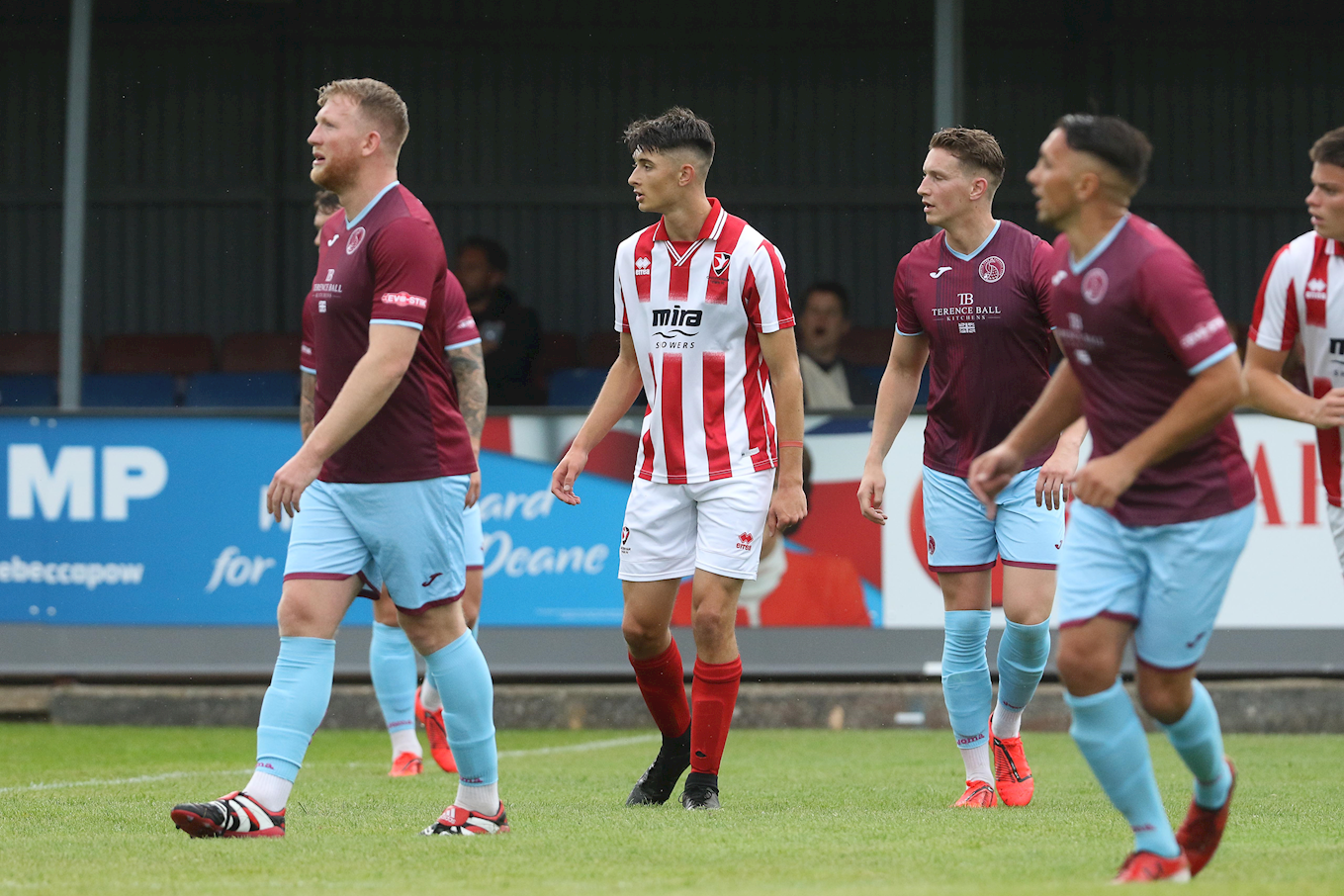 How do you find being in the environment at a Football League club and being at the Training Ground day-to-day?

It was something I had to get used to, it's different. You can use what you see from the older players and see if you can do stuff similar. You just take notes from what you see and try and improve.

How did you come about signing for Cheltenham in the first place?

I started off in Sunday League football and I was playing that for ages. For a while I was playing Saturday’s and Sunday’s – Saturday’s with a club called Painswick who were a very good side and then I went to an open trial at Forest Green. I didn’t get in the first time but I got in the second time. I had a season and a half, maybe two seasons there. I did quite well there and I think I scored in nearly every game I played. I got scouted by Cheltenham and I’ve been here since under-15s.

All the way back in pre-season you started as a 16-year-old and trained as a scholar for the first time. You also played a series of pre-season matches against senior teams. Was that quite a big introduction to everything?

It was quite tough and took a lot of getting used to. You are all of a sudden thrown into the deep end. It’s a lot of hard work and there are a lot of games. We were having games on Tuesday’s and Saturday’s against mens teams, so we had already been tested physically straight from the get go. 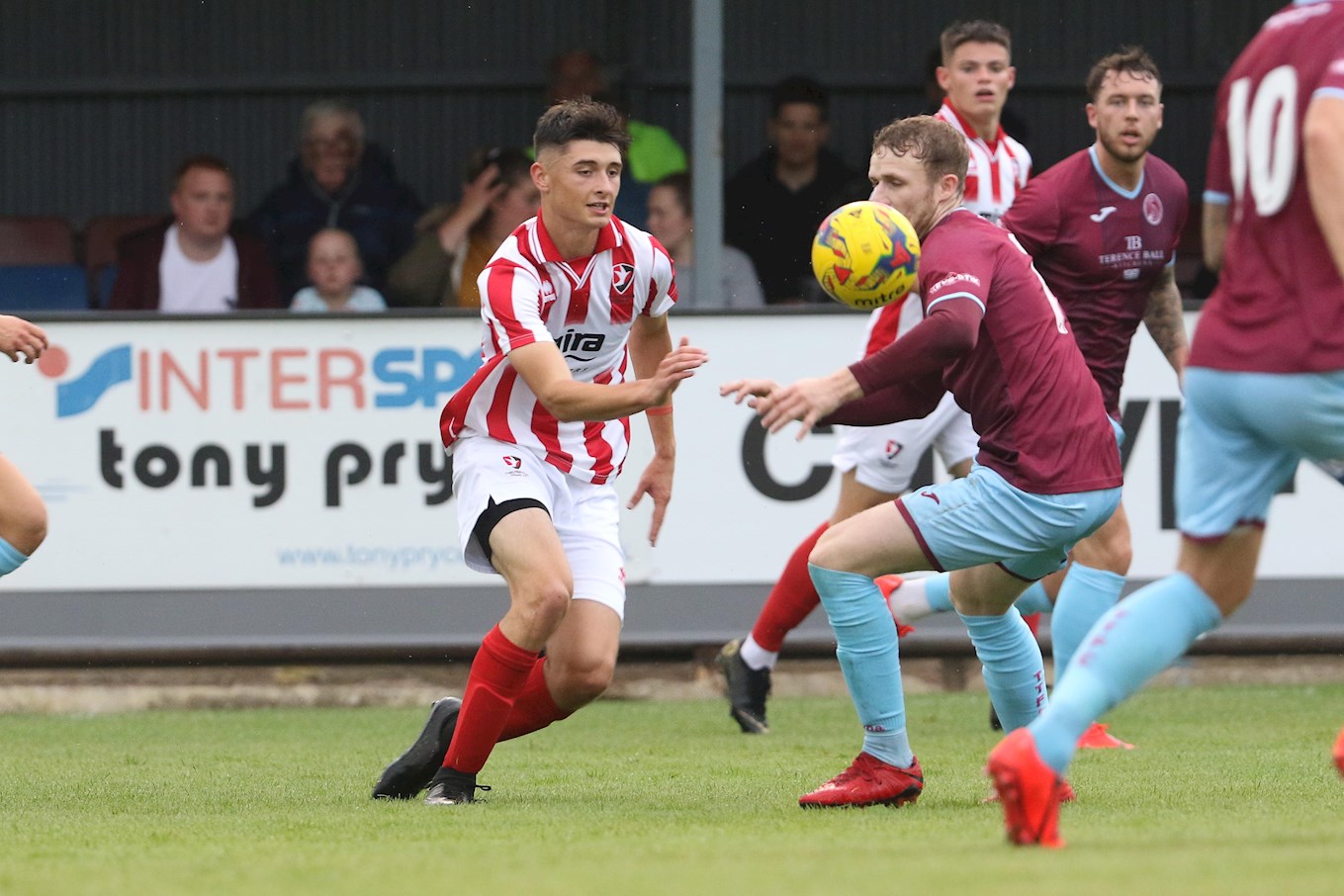 A lot of second year scholars have been out on loan this season. Has it been interesting seeing their journey because they were in the same position you were 12 months ago and now they're really kicking on?

I’m thinking that’s probably how that’s going to happen with me and I’m seeing how that is going to be and how they are dealing with the physical presence of men’s football. Hopefully it will help me become even stronger as a striker.

In terms of the remainder of this season have you got a target in the months that lie ahead for you personally?