Max Sheaf has been an ever present in the Cheltenham Town starting XI in 2020.

A part of the Robins side that made it three home wins in a row on Saturday against Morecambe, the 19-year-old has delivered on the promise he showed in the early part of the season until a hamstring injury kept him out from late August to mid-November.

In January his loan spell at the Jonny-Rocks Stadium from Championship side Hull City was extended until the end of the season.

The former Arsenal youngster is hoping to play his part in a successful second half of the season in Gloucestershire as he adds to the strength of the squad boss Michael Duff has at his disposal.

In this interview Sheaf offers an insight into his experiences as part of the set-up at parent club Hull so far, his role in this Cheltenham side, coming from a sporting family where both his brothers play sport to a high level and more.

As a number 10 you offer a different approach to what Ryan Broom or others bring in there, what kind of number 10 do you feel you are?

I like to add something different. I like to be the middle man between the midfield and the strikers. I like to split people and have got an eye for a pass, trying to create a lot of problems for their back four or five. I just try and cause the opposition problems in as many different ways as possible. My directness is something l’d like to add to my game – running at players and taking them on.

Do you feel that as playing as a number 10 in this team it’s quite a free role or there is pressure being the link between the midfielders and forwards?

You have got a lot of freedom there – you’ve got to embrace that and use that freedom to do not what you want but to express yourself as best as possible. When you’ve got a back two whoever it is in your team like we have it’s very easy to rely on them to do their job to help you do yours. There’s always pressure in football so that’s something you’ve got to deal with. If you relish that then you can only use that to propel yourself forward really.

As a technical player in League Two sometimes are there certain games that are hard to influence?

Yeah definitely. There’s always going to be different playing styles against different teams that maybe don’t suit the way that suits your strengths. That’s what playing at this level is all about – just learning how to cope with different types of games and different types of playing styles – whether it’s a long ball direct team or a quite technical quick moving team. You’ve got to adapt and find a way to affect the game. That’s what the gaffer is always on about, affect the game positively.

You’re sent out on loan by Hull because they want to develop you as a player but Cheltenham Town need you to win them games. How do you find balancing development and producing results?

I think you learn to merge it into one. Part of learning and developing as a player is learning how to win games of football. That’s part of my development. Being quite young playing academy football there’s a lot in terms of tactical and technical and the results are probably not as important as they are in League football. You learn a lot about how to win games. 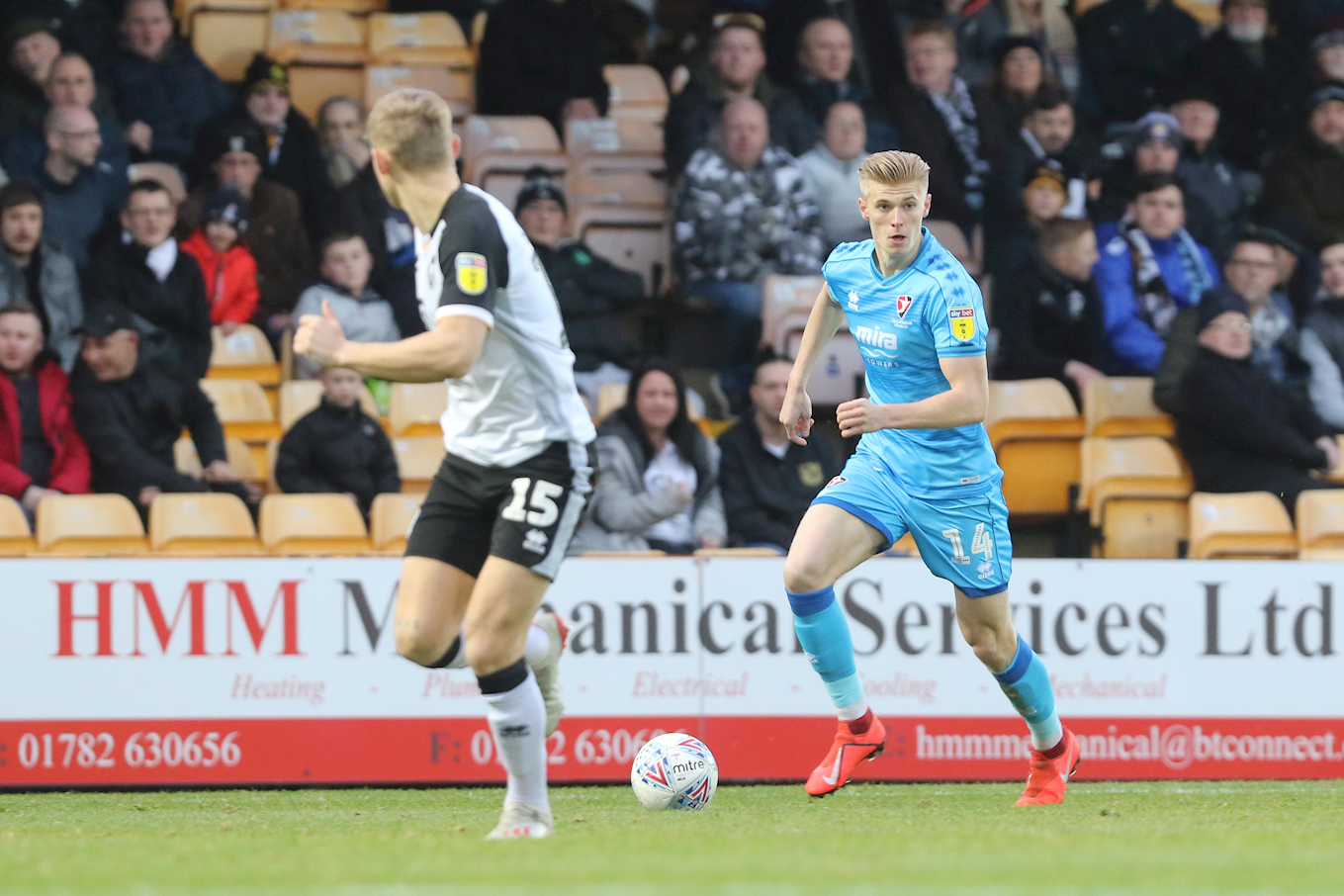 You made three first team appearances for Hull last season. What are your experiences of being in and around the first team set-up there?

It’s huge at that level, especially against the opposition being all Championship sides. You come across some top players and I think every time I did come on I came off the pitch wanting more. Every time I came on I think I got around 15 to 20 minutes. I feel like every time I did get on the pitch my nerves settled themselves and I was able to do what I wanted.

Nigel Adkins gave you your senior debut. What was he like?

Top drawer. I can’t say a bad word about him. Him and Andy Crosby were the management that brought me through and gave me that first taste of professional football. I can’t thank them enough for how they brought me into the team and gave me my first taste of Championship football. He was a top coach and massive on team culture which we learnt about and chemistry within the team.

Grant McCann replaced Nigel Adkins in the summer as Hull manager. How have you found working with him?

As soon as he came in he made it clear no matter how old you are or how young you are there is an expectation towards you. Nothing is held against you – if you deserve to be playing you will be playing. He added another side to the game that I’ve learnt a lot from which is reaction in transition and pressing teams and setting traps. He taught me to get forward a lot more as well as this gaffer so he’s definitely top drawer. 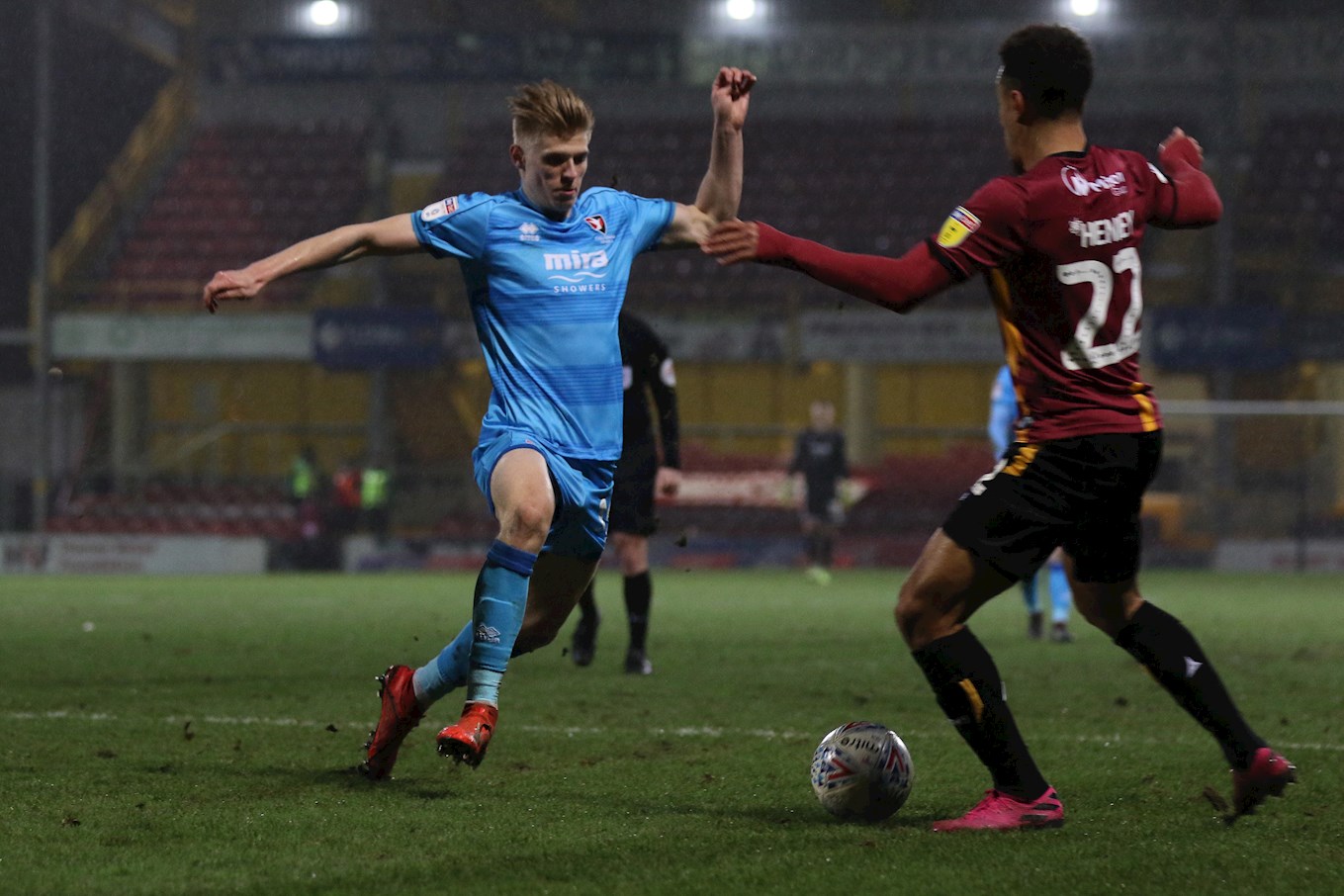 You went to Hull via Arsenal – what was that like as a young lad having to move from the south to the north?

It took some getting used to the northern banter – the northern banter was a bit strange at first. After the first fortnight I got to understand them! It was good moving up there and I thought I was going to find it more difficult than I actually did. I settled in really well and found being away from home not as bad as I thought, especially being able to contact your family the way you do these days. I didn’t miss them too much. It was definitely a massive stage in my life growing up and having to learn to fend for yourself and come into an environment where you’re full time.

Your brother is contracted to Arsenal and on loan at Doncaster Rovers. What do you make of him also playing in the Football League and having been at Arsenal?

I’m really close with him so I’m on the phone to him nearly everyday keeping up to speed with how he’s doing and talking to him. I couldn’t ask for a better brother in the industry. He’s someone I can look up to as well as asking advice because he’s been through similar situations to what I have so he can tell me what to expect and what to do. I’m very blessed and lucky to have that on the end of the phone.

You get certain brothers who have had great careers in football like your Neville’s and Charlton brothers. How is it that one family can have two sons who play for Arsenal and end up being professional footballers?

Ever since we were younger we just had an interest in football. My dad brought us up in it every weekend. He set up his own Sunday League team which Ben was in – I can remember going to watch Ben all of the time. Football is always in our family. Our dad and mum installed that hard work ethic to learn and absorb as much information as possible as you grow up. Doing that in the football industry allowed us to develop the way we have been and hopefully a lot more. You have an understanding of each other and what to expect in the football industry and what it takes really.

Did your dad play at all?

He did play a little bit when he was younger but he was actually a sprinter. He always told us how he used to get quite nervous which luckily we don’t. He’s very proud to have us and another support network that we’re both grateful for.