Cheltenham Town secured a 2-1 win at home to Morecambe as they continued their strong home form on Saturday.

Goals courtesy of a Connor Thomas header and Alfie May’s fourth goal in five Robins appearances wrapped up the points for Michael Duff’s side.

Cheltenham made a slow and it was Morecambe who had the game’s first chance, Stockton raced through on goal before blazing a shot over after Jake Doyle-Hayes’ mis control.

Former Robin Jordan Cranston, who scored on his return to the Jonny-Rocks last season, tried his luck from range midway through the first half but it flashed wide as Cheltenham struggled to get a foothold.

The visitors were confident taking aim from range and Adam Phillips saw an effort drop just wide of the left-hand post. 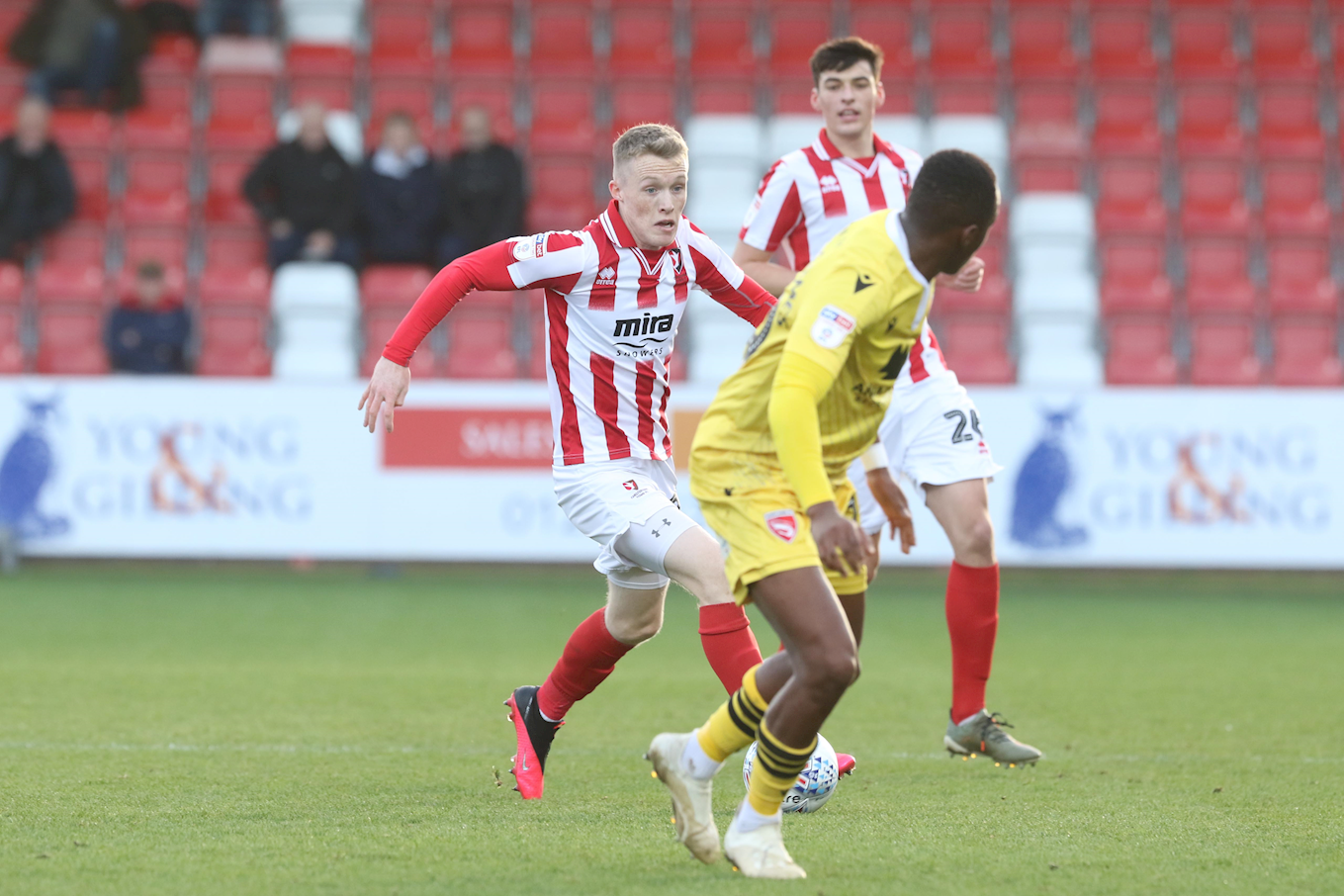 Cranston made a clumsy challenge to give away a penalty for a foul on Luke Varney inside the area on the half-hour mark.

After a lengthy delay while Luke Varney received treatment, Thomas stepped up to once again dispatch the penalty in cool fashion.

Cheltenham doubled their lead moments later and once again it was May, netting his fourth for the club since arriving from Doncaster in January.

Varney picked up the loose ball in midfield, drove forward and slid the ball onto May who out-paced the defence before burying the ball in the bottom left corner.

After an intricate build-up from the Robins, a Sean Long cross found the head of Varney in the box, but his header skimmed just wide.

Max Sheaf had a shot from the edge of the area in first-half stoppage time after a driving run from May, his effort was easily held by Christoffer Mafoumbi, however.

Stockton was denied by a good stop from Owen Evans as the clock ticked down before half-time. 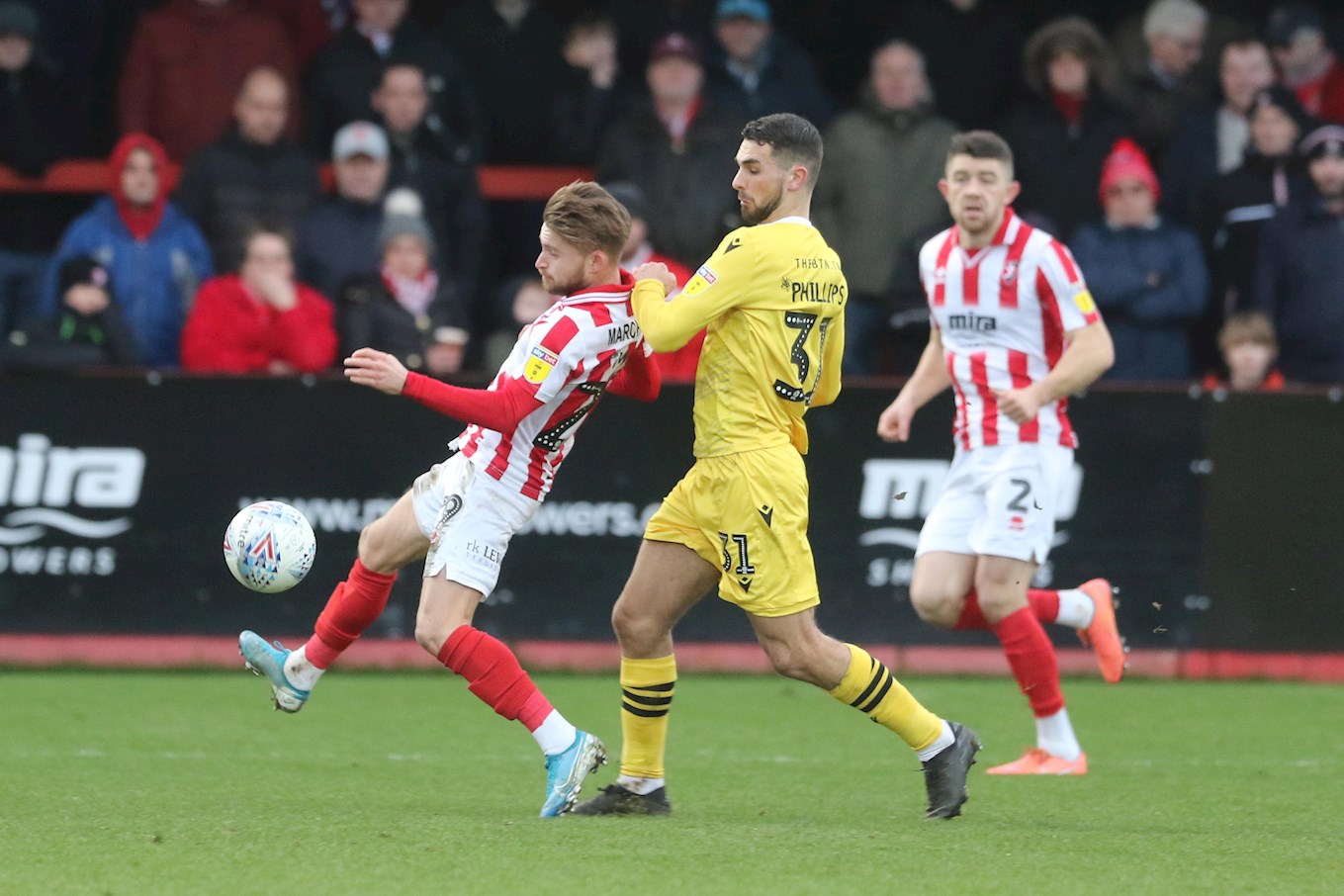 Substitute Tom Nichols was making his debut for the home team and was inches from connecting with May’s unselfish cut-back after the latter raced through on goal.

May came close to doubling his lead in fantastic style, Ryan Broom fed the pass through and May’s strike slammed the outside of the right-hand post.

Morecambe got one back in the 84th minute through substitute A-Jay Leitch-Smith who rounded Evans before slotting home.

Stockton looked certain to equalise moments later after picking it up after Evans dropped it, but was denied by a heroic sliding leg from Ben Tozer.

From the resulting corner, the Robins failed to clear and were saved by the crossbar after Aaron Wildig went for the acrobatic scissor-kick.