Cheltenham Town scored late to beat Leyton Orient 2-1 on the day the club showed its support to the Hollie Gazzard Trust.

The Robins sported a one-off white shirt at the Jonny-Rocks on Saturday and goals from Alfie May and Reuben Reid cancelled out Conor Wilkinson’s opener.

That was the Robins’ third win in the last four games and meant they kept up their push for a play-off place in League Two.

The game sprung into life on 15 minutes after a slow start, Chris Hussey curled a delicious cross to the far post where Alfie May volleyed just wide from six-yards out.

Leyton Orient opened the scoring minutes later with a freak goal after Owen Evans’ kick flew straight into Wilkinson’s foot and it rebounded into the open net.

But the Robins would not be fazed and seconds later Luke Varney’s deflected shot fell kindly for May, who took a touch before firing low past the ‘keeper to restore parity.

Orient almost re-took the lead on 20 minutes when the ball bobbled to Craig Clay on the edge of the box, whose powerful shot flew just over the bar.

Cheltenham missed two great opportunities to take the lead midway through the first half courtesy of May and Varney.

A poor back-pass from Dan Happe allowed May to run through one-on-one with Vigouroux, who saved with his feet before Varney took over, carrying the ball before striking wide of the right-hand post. 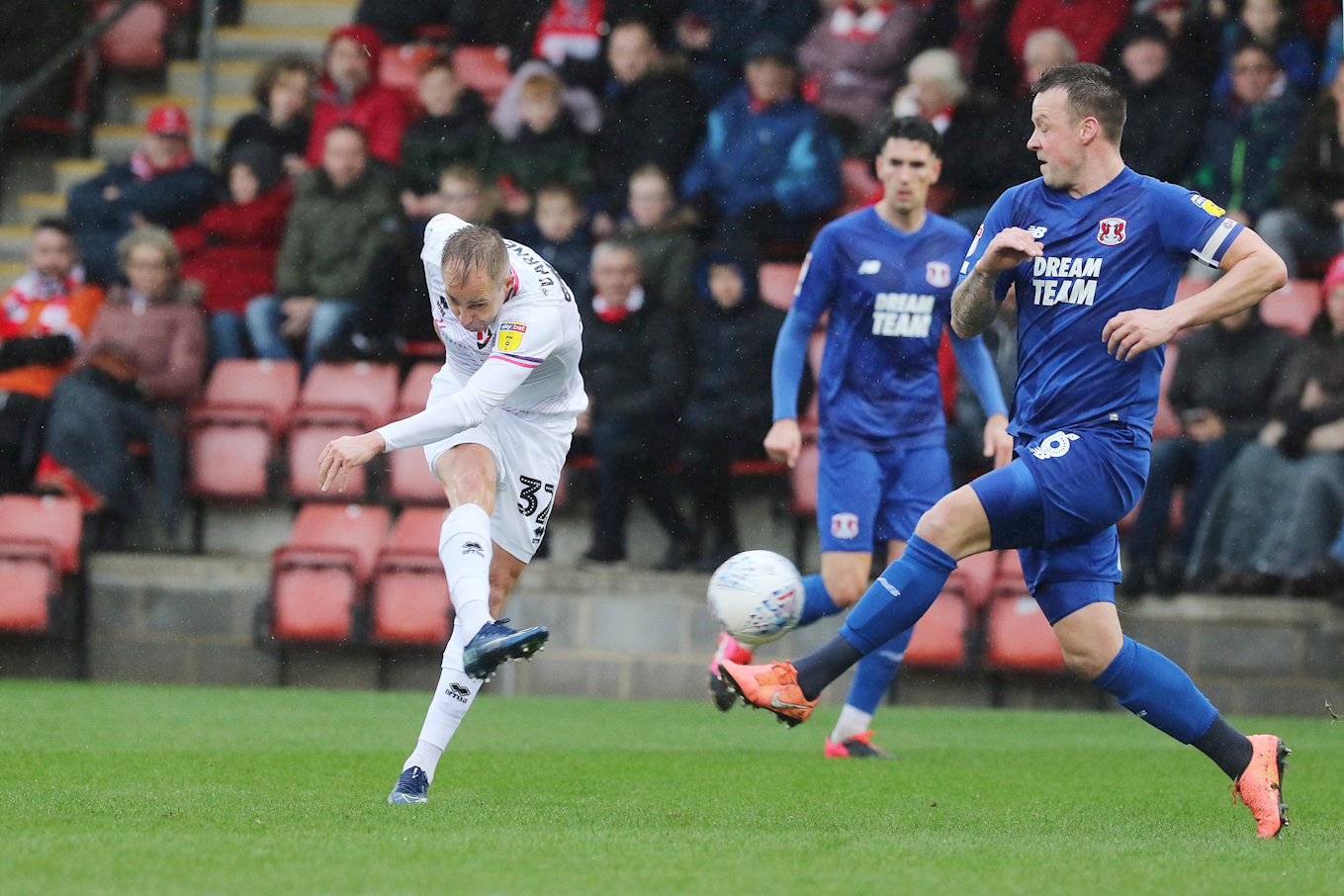 Danny Johnson hit a snapshot from 25-yards that flashed just wide on the half-hour mark as both sides looked to go ahead.

May went close once more before half-time, cutting in from the left and curling a low shot just wide of the far post.

A huge Ben Tozer throw in was inches from putting the hosts ahead, the ‘keeper palmed it away under pressure from Will Boyle before Ousseynou Cisse cleared it off the line.

Michael Duff’s side were putting the pressure on and Ryan Broom flashed an effort across goal and all it needed was a touch but again Cisse was there to clear.

May had the best chance of the half on 74 minutes, Chris Hussey’s cross fell to him at the far post, but after composing himself six-yards out, uncharacteristically scuffed it wide with his weaker left boot.

With ten minutes of normal time remaining, May took aim once more but fired a shot just over from the edge of the area after the ball fell to him from a free-kick.

Boyle was the next to attempt at goal, but yet again it flew over after the centre-back struck Hussey’s full back first-time.

In the 87th minute, Cheltenham took a deserved lead, Ryan Broom put in a teasing cross and substitute Reid’s diving head hit the back of the net to send the Jonny-Rocks into raptures.