Charlie Raglan is looking forward to a run of three straight home fixtures as Cheltenham Town prepare to host Leyton Orient on Saturday at the Jonny-Rocks Stadium.

After back-to-back away trips, including a mammoth Tuesday night trip to Carlisle United, the Robins host Orient this weekend aiming to build on the superb 1-0 victory at Carlisle.

Raglan helped keep a clean sheet on the way to three points in the Cumbria and he has been talking to Louis Upton ahead of Saturday about what will be required to get a positive result and to have a successful end to the League Two campaign.

As a defender, how happy were you to come away from Carlisle with a clean sheet as well as three points?

Yeah it’s massive. We’ve been pretty good defensively this year but we put a lot of emphasis on our solidity at the back and work hard on it so it’s a nice reward for the back five and the goalkeeper. On Tuesday it was definitely a massive team performance so yes a clean sheet is a bonus but three points were always the most important thing.

How do you adjust your style of play when playing in wet and windy conditions?

I think it’s more the team really, you know that when the balls up in the air you’ve got to be really concentrating, especially at the back where mistakes are probably more likely in the wet weather. If it is a bit more difficult to get it down and pass it you’ve just got to get on with it, roll your sleeves up and make sure that you do the defensive side of it and the ugly stuff really well and I think that’s what we did and why we got the result we did on Tuesday.

How happy are you to be back playing at home after two very long away trips?

This season we’ve been pretty good at home or in the last year really so we always look forward to playing there in front of our fans. I suppose it’s nice to break it up from the travel that we’ve had, two Saturday-Tuesday’s are rare normally but I think we’ll look back on that game and be glad we’ve come away with three points and the reaction we had on Tuesday was good so now we look forward to a few home games to try and make the most of. 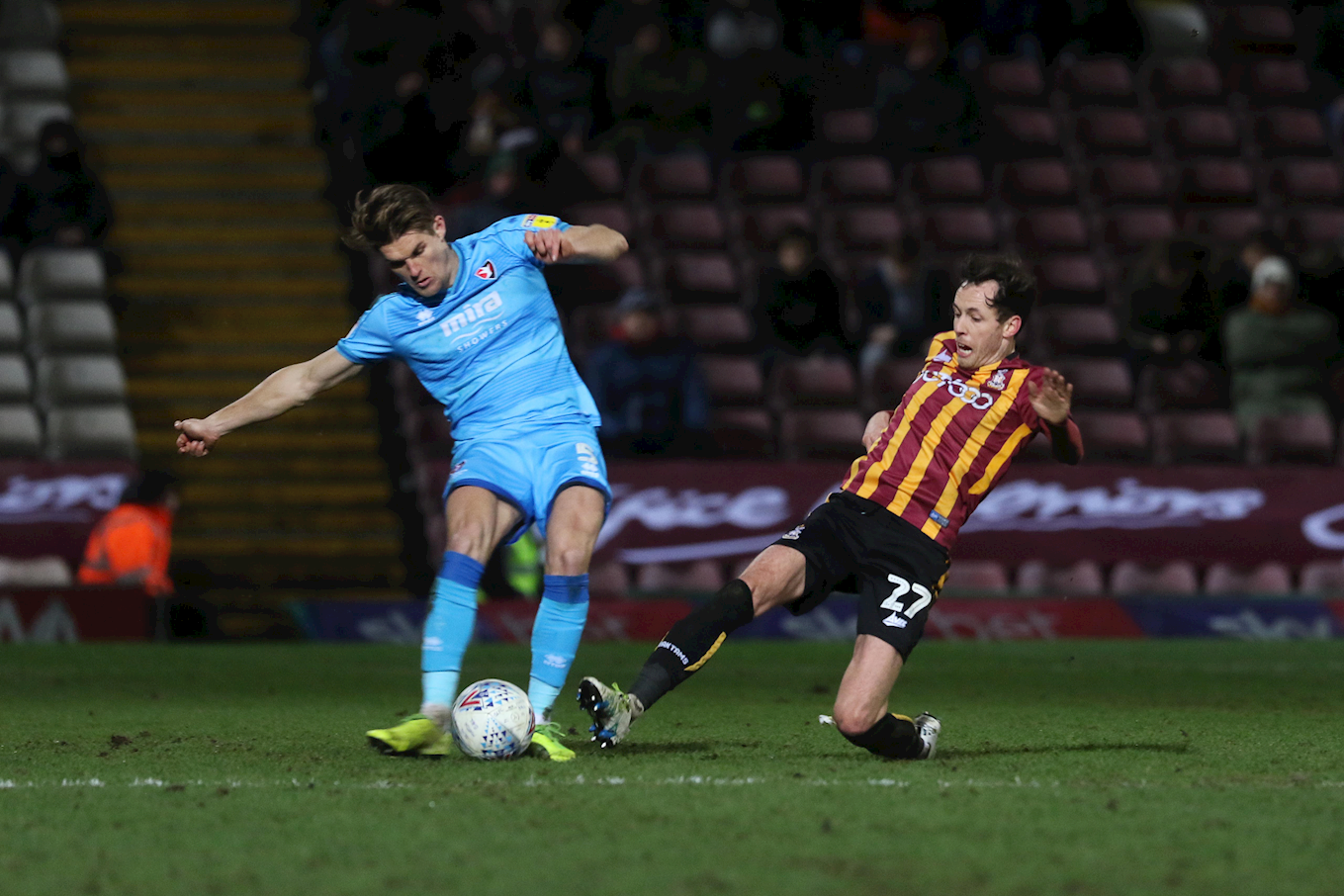 I think with it being the first game of the season we had a few new faces in there. Pre-season results hadn’t got great so maybe there was that side to it. Now, I think players would know exactly what is needed to win a match and we don’t have to play that well to win, which is a good thing so I think the difference is that day could’ve gone either way but we fell the wrong side of it. This time I think if we don’t play that well we’ve still got a chance of winning the game.

Nine of our last 15 games are at home, how big a role will the home atmosphere play as we look to finish the season successfully?

It’ll make a massive difference. Like I said, we’ve had a decent year at home in terms of results and some good performances where the fans have been great so we’re going to need them throughout that run that we’ve got. Whether we need them to lift us when things aren’t going our way or just carry on supporting us when they are. Keep the momentum high and make it tough for opposition teams so we look forward to those nine games and hope we can pick up a few good results.

Leyton Orient come here in a good run of form, how confident are you that you can put an end to that on Saturday?

Well I think we go into it feeling that we can win the game. We’ve played everybody obviously and not lost many this season but we’ve got a quiet confidence about us. I don’t think we’re ever arrogant. We’re humble enough to know we’re not the finished article and we haven’t cracked it because if you look at our last two performances prior to Tuesday, we didn’t play that well. We were lucky to win one of those games and then got what we deserved in the other so we know we’re going to have to be at it like we are every game and if we are then we’re confident we can take a result away from anyone.

What will the key things be for the team if you want to finish the season strongly?

I think our mentality and attitude to each game – you can’t afford to have too many off days or too many players who aren’t at it so I think that’s the biggest thing going into each and every one of those last games. It has be to be right, for example we’ll go into Saturday confident because we’ve won but if we do come into a sticky patch, we’ve still got to be focused and ready to react so I think that will be the key.

Tickets for Saturday's match are on sale from the ticket office until 3pm today and available to buy online.

Find out more about how the club are going to be wearing an all-white one-off kit this weekend to celebrate and raise awareness of the great work of the club's charity partners The Hollie Gazzard Trust.