The first of three challenging games against teams in and around the League Two play-offs sees Northampton Town visit the Jonny-Rocks Stadium on Tuesday night (kick-off: 7.45pm).

The Cobblers, who are two points behind the Robins, come to Gloucestershire for what is one of two matches Michael Duff's team have in hand on other teams in the division.

Much like their meeting earlier in the campaign it's all geared up to be another tight contest between two teams eyeing up the possibility of playing their football in League One next term.

Kick-off is at 7.45pm and tickets are available to buy online in advance.

George Lloyd is making progress from a recent muscle strain but is likely to not be involved. Goalkeeper Scott Flinders is a long-term absentee.

Including an FA Cup fourth round replay at Championship side Derby County they had recorded four straight defeats, but a noteworthy win over the Grecians has put them back on track, and back in the play-off positions.

It's their home form which has propelled them into the top seven this season, though they've still been steady on their travels having recorded five wins, five draws and six defeats.

They are managed by former England international and Bristol born defender Keith Curle (pictured). The 56-year-old knows the Football League well having taken charge at Notts County, Torquay United and Carlisle United among others in the past. 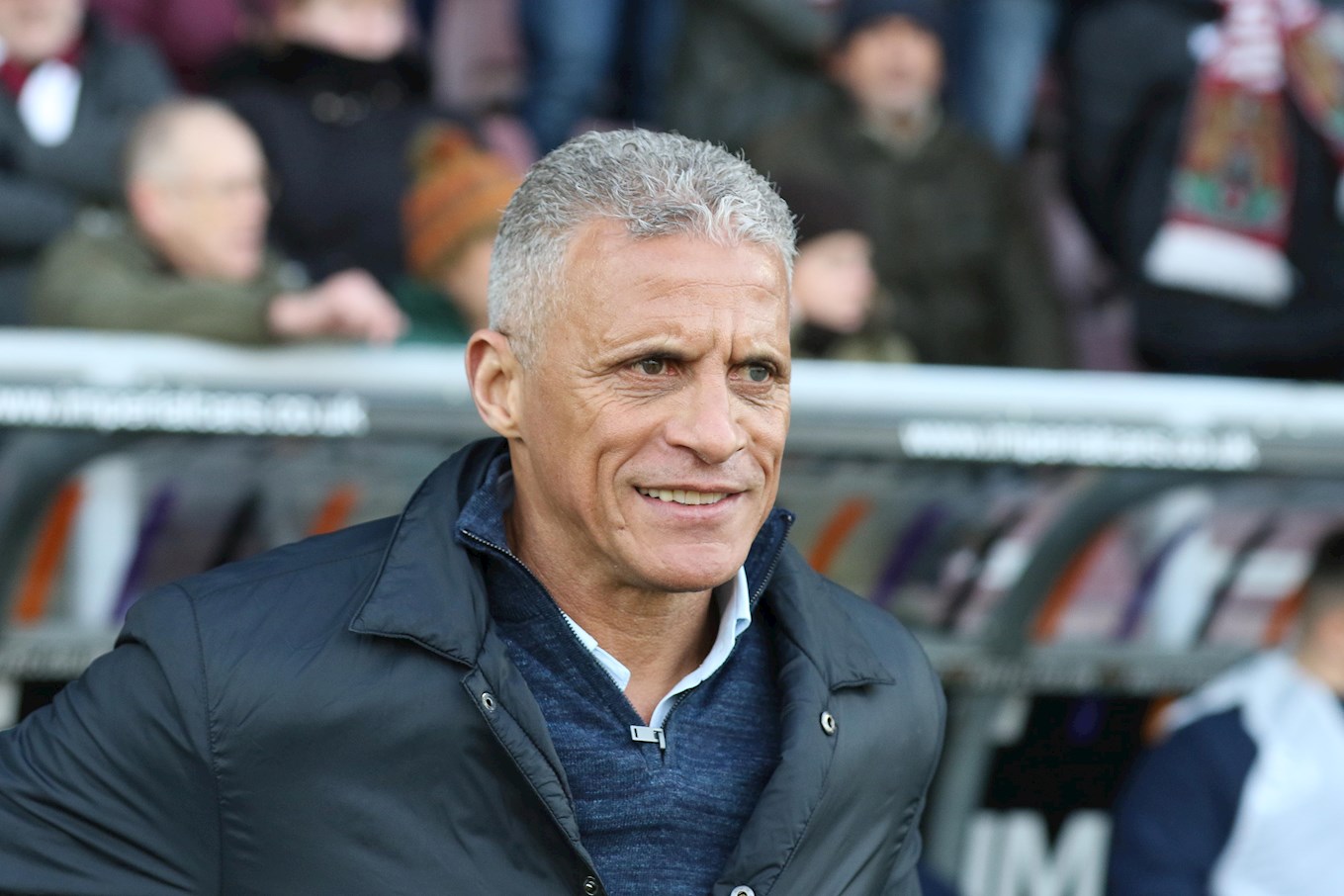 Former Robins loanee Lloyd Jones joined them on loan in January from Luton and he is likely to feature in a backline that also includes ex-Scunthorpe United man Charlie Goode and Southampton youth product Jordan Turnbull.

Their experienced midfield boasts 34-year-old Chris Lines, who across two spells made over 300 first team appearances at hometown side Bristol Rovers, who he left at the end of last season.

In a wide area Nicky Adams won promotion from this level with Bury last term, while long serving Sam Hoskins possesses plenty of movement and energy.

Their forward line was bolstered by the loan signing of Callum Morton from West Bromwich Albion in January. His movement links up nicely with the steadiness offered by the likes of Vadaine Oliver and another new January face, Mark Marshall.

The last time the two teams met it was the final game of both clubs 2019. The match ended in a 1-1 draw as Cheltenham ended Northampton's six match winning run on home turf.

From as early as the third minute the Robins were ahead. George Lloyd was hauled down when clean through on goal and Conor Thomas stepped up to stroke home the subsequent penalty. 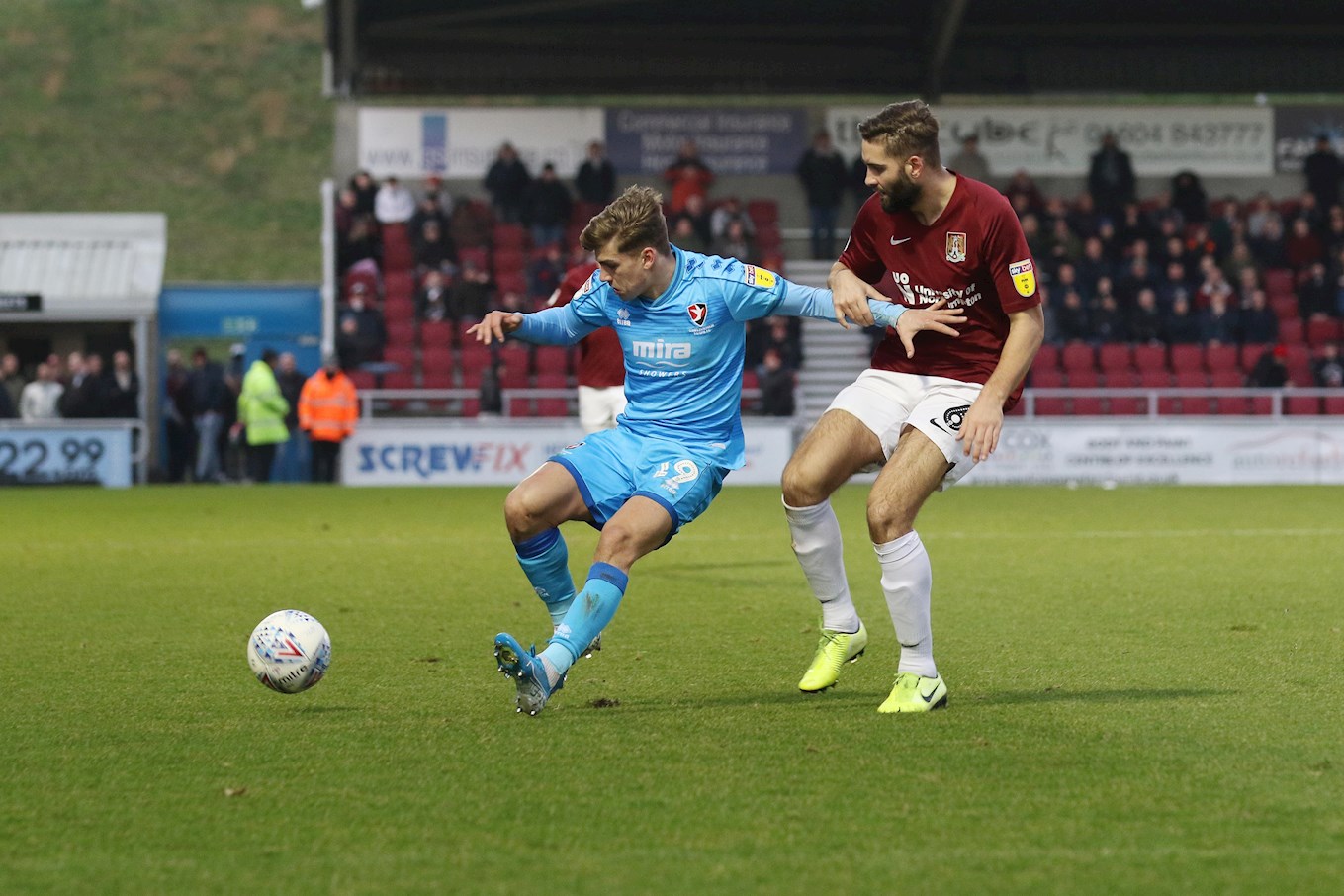 Northampton levelled though in the final stages of the first half when Jordan Turnbull finished from close range.

Neither team could win it in the second 45 minutes. Literally seconds before the full time whistle in stoppage time Alex Addai received a red card.

Watch back the highlights from that meeting in late December:

The ticket office is open from 10am on Tuesday morning and will reopen in the lead up to kick-off. You can also buy in advance online.

You can pop in to purchase tickets for upcoming home matches as well as for this Saturday's away fixture at Colchester United where buying in advance saves you money on the cost of your ticket.

The club shop is open in the lead up to the game selling club merchandise and match programmes.

Goalkeeper Owen Evans features as the big interview in Tuesday's programme. The January loan signing from Wigan Athletic details how he once almost become a Cheltenham player when he was 16, his time with the Wales senior and under-21s squads, how he's finding life on loan so far and more.

Sean Long is also on interview as well as Ryan Broom after his assist at the weekend. There's also an in-depth interview with Ladies boss Alex Cheal, while manager Michael Duff pens his notes.

Chairman Andy Wilcox provides an update and there's more from the under-18s and other areas of the club.

Pick up a copy for £3 from several outlets around the stadium and in the club shop. It's also available to buy online. 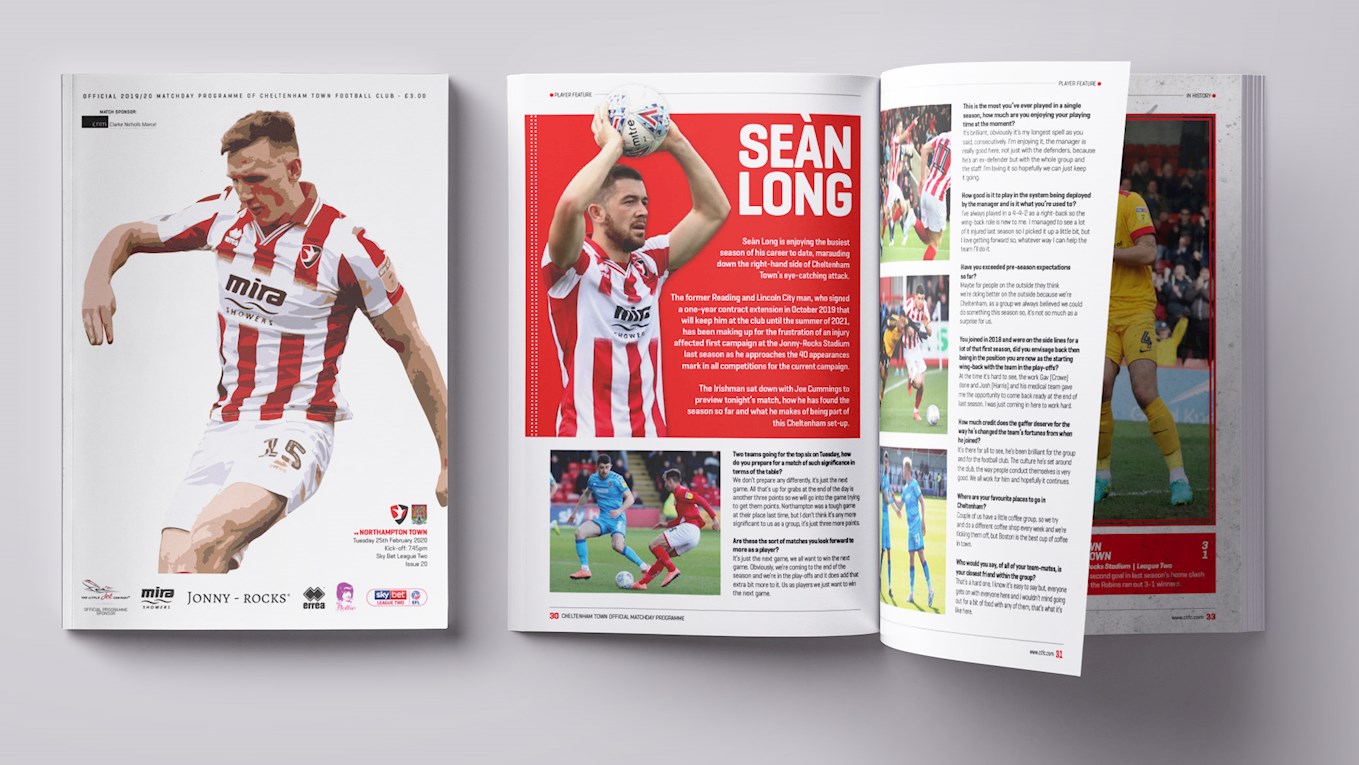 If you can't make it to the Jonny-Rocks Stadium don't fear, you can still watch the whole game online with iFollow.

Tuesday's match is being broadcast live and you can purchase a match pass in the lead up to kick-off.

Match passes are available for £10 and you can watch the game at home or on the go with your device online. 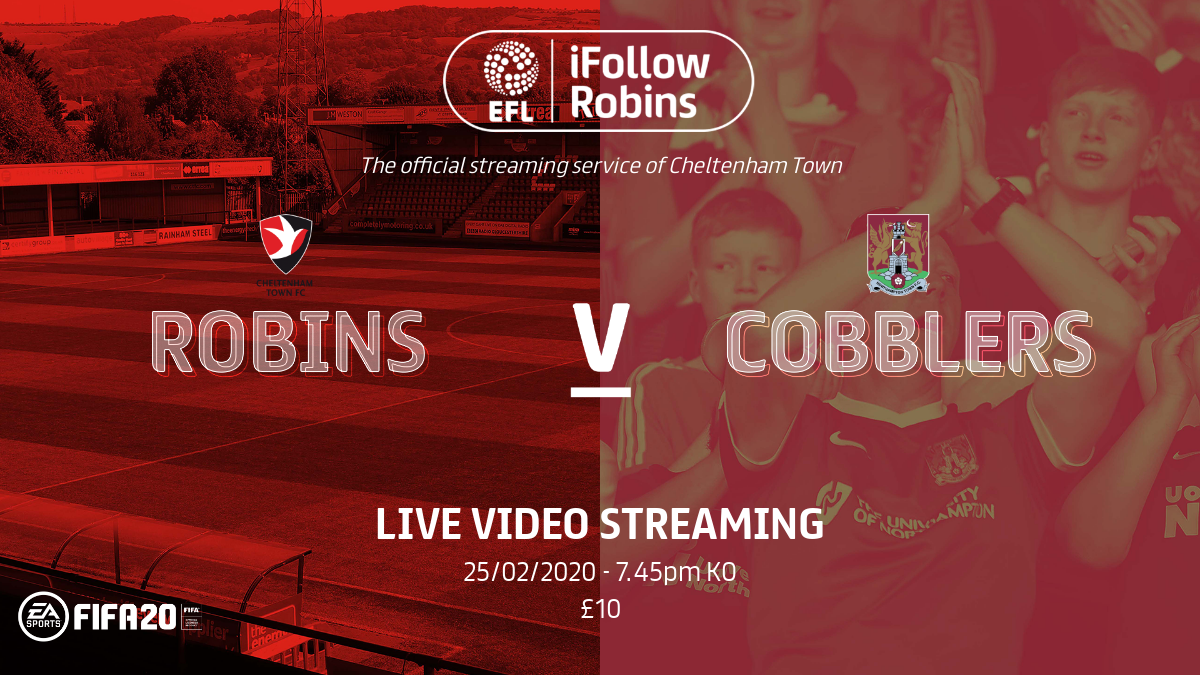 Keep up to date with the latest by following @CTFCofficial on Twitter throughout the night. You can also check out goal updates on the club's Facebook page, while check out the CTFC Instagram to see the story on there too.

Post-match visit the club website to read a full report and to hear from manager Michael Duff sharing his thoughts on the outcome of the game.

Highlights will be available to watch on iFollow from midnight.