With 34 appearances under his belt in all competitions this season, Chris Hussey's second campaign with the Robins has been another impressive one.

The 31-year-old has played a key part in Michael Duff's team that has reached the League Two top five with 14 games still left to play.

In October he signed a contract extension that will keep him at the club until 2021.

He has been sitting down to discuss the team's progress this season, which doesn't come as a surprise to him, what he makes of his former club and former manager's progress at Sheffield United and more on how his role is having to change and adapt against different sides in League Two.

When you think back to the summer and the momentum we had from the back end of last season and the player recruitment. Is where we are somewhere you expected this team could be?

From a personal point of view yes, from within the camp yes, but from the outsiders they wouldn’t have thought it no. From within we knew we had a good team and we believed because obviously last year we were on a strong run of form towards the end. It’s not a surprise.

Does it sometimes being a surprise for people on the outside work out better for you because teams like Mansfield were expected to be up there, while perhaps Cheltenham weren’t?

Now we have set our own standards there is pressure from within because we’ve started so well. From the outside people may think little old Cheltenham will fade away but it is up to us to prove them wrong.

We’re in a good position but there’s still a huge amount of the campaign to play?

Yeah there are 14 games – a third of the season. There are lots of points to play for.

When you look back at the career you’ve had are there experiences you had with those clubs where you look at this team and think it’s similar?

You always remember the teams you were successful with. At Burton we got to the play-off final, Bury we got promoted, Sheffield United we got promoted and they were all singing off the same hymn sheet and all a tight knit group. That’s what we’ve got here. 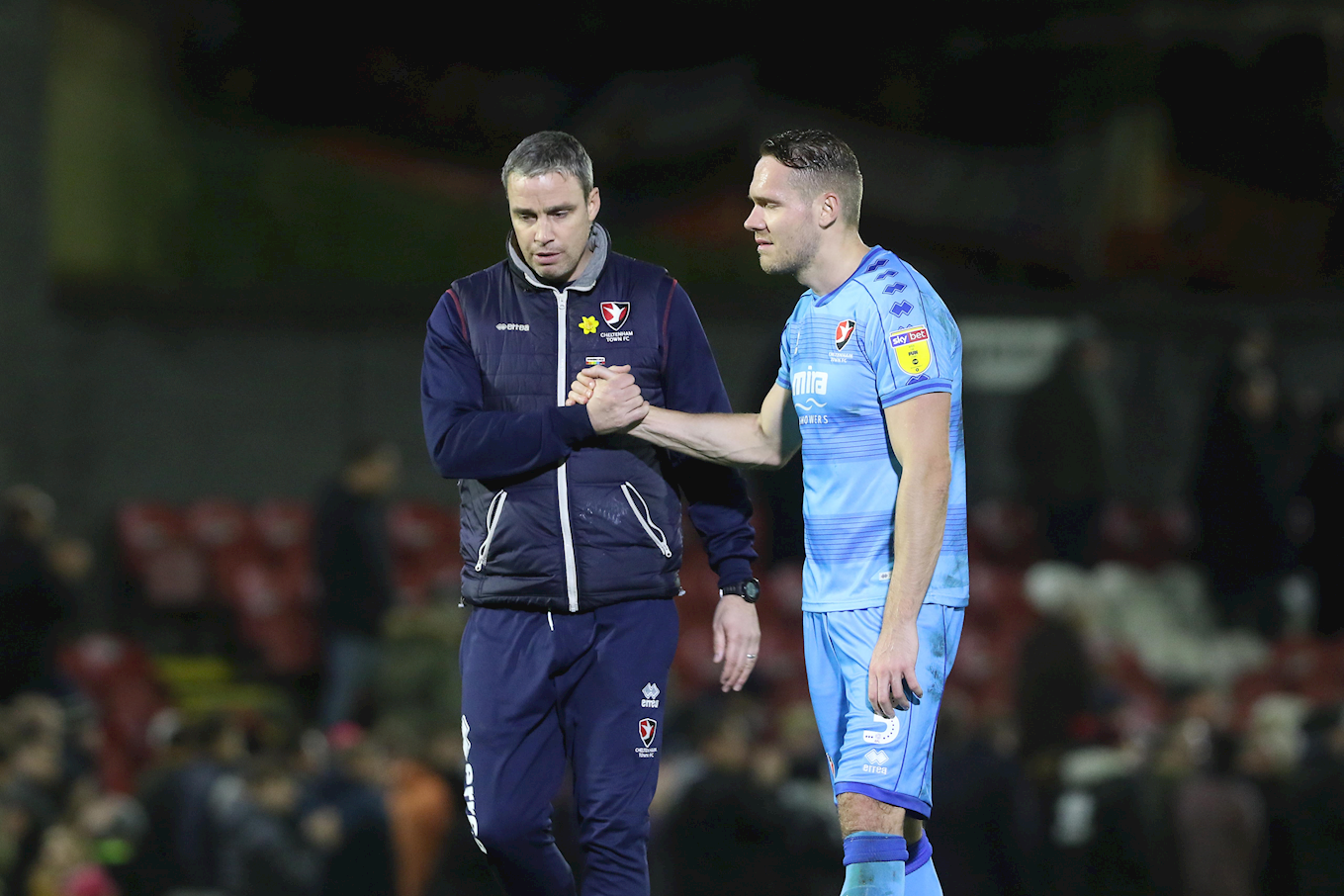 You have played a vast amount of games in the Championship, a lot in League One and League Two, and National League experience. Do you feel like you’ve experienced a lot of English football?

When I was really young I was playing in the Conference then went to the Championship, then League One and League Two. I’ve played most of the levels. The League is getting stronger and stronger year in year out and the players from the Championship are dropping down. You look at Salford, they’ve just signed Darron Gibson, and he was in the Premier League not long ago so it just shows the quality of the players filtering down.

Was it a big jump going from playing your last game for AFC Wimbledon in a 5-2 win against Forest Green to playing your first game away with Coventry City at Ninian Park against Cardiff City?

Obviously everyone wants to play as high as they can and I did go from Wimbledon to there and it was a big jump but I was there for four years so it worked out quite well. I played quite a few games there so it was one that I enjoyed.

Sheffield United are making a lot of headlines at the moment. You were a part of their resurgence – what do you think when you sit back now and see a lot of the success they are having?

It’s not surprising to be honest. It kicked off from when I was there – that was when it first started. They’re obviously doing really well, fair play to them, they’re doing magnificently. Again from within I’d suspect that it wouldn’t be a surprise that they’ve done so well because they’ve got a good manager and a bit like us it isn’t a surprise but from the outside looking in you always hear stories. They are a couple of points behind Chelsea so they’ll have the belief from within, but the outsiders looking in will be thinking they are doing well – a bit like us. 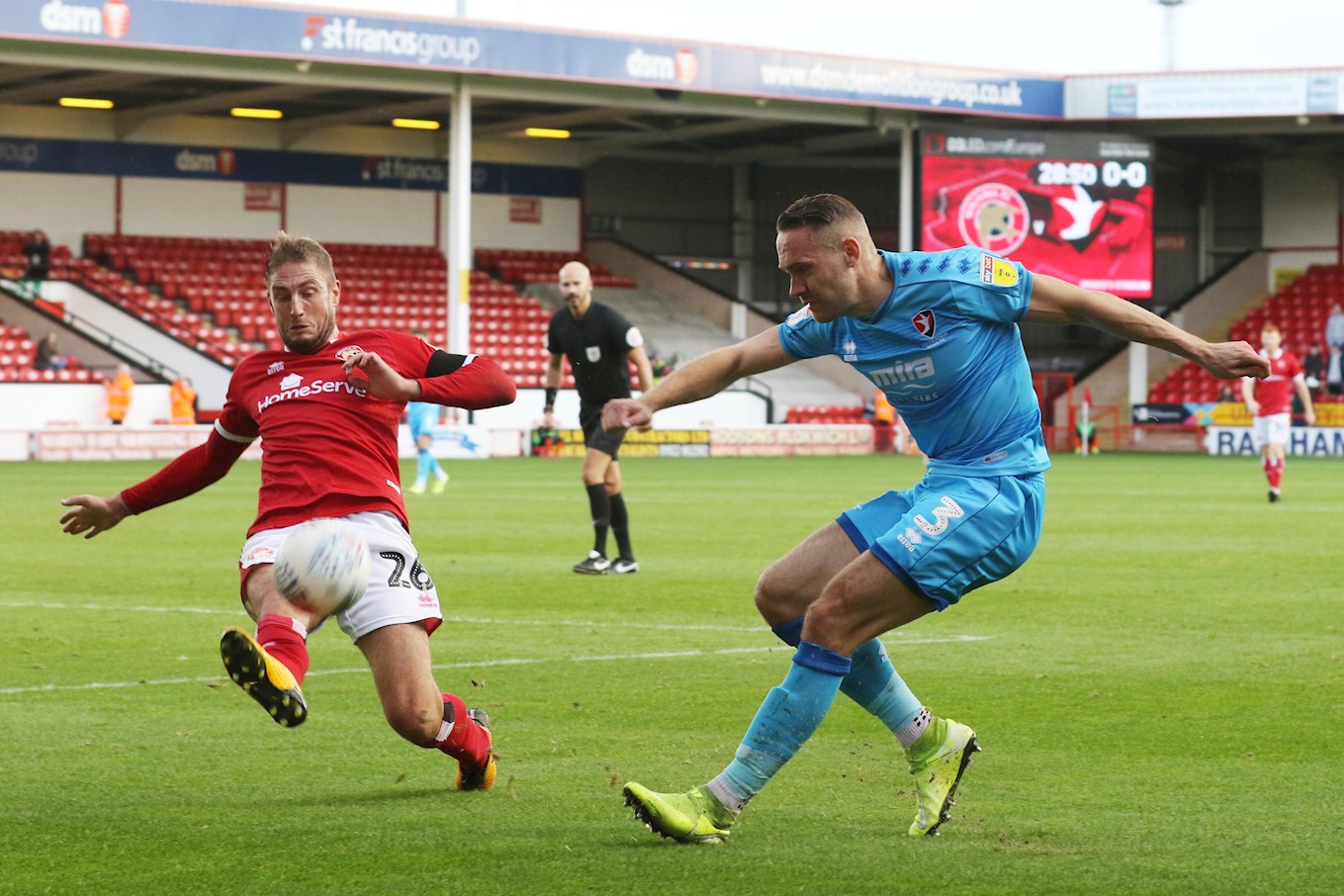 Your old manager Chris Wilder has turned Sheffield United into a team that have not only made an impact on the Premier League but tactically impressed a lot of people as well?

They’ve got a well-oiled machine there which the gaffer talks about here to be fair because they play the same formation as us. It isn’t a surprise that they’re doing as well as they are. So every credit to the manager and the players there.

In terms of your role in the team it has always been important, the wing back role. Is that role changing a little bit that opposition teams recognise that you are the man they need to stop?

Every team has analysis and they’ll look at things. I’ve got to adapt and find different ways of getting in the game as such. They do try and lock my side down which we’ve found, especially on our side with me and Greavesy. They press us quite a bit and find it quite difficult to get on the ball. On the other side you’ve got Raggy and Longy who are doing really well. Longy can score, Longy can cross. Raggy can cross. There’s someone else free on the pitch and we’ve got players all over the place that can hurt other teams so I’m not really bothered if I don’t play well. As long as the team wins that’s the most important thing. I’ll try my best but it’s not about me – it’s about the other ten players on the pitch. If I don’t affect the game but we win I’ll take that all day.

Is it a compliment to you that opposition teams are trying to stop you getting the ball?

That’s going to happen – that is part and parcel of doing well. As a team we are doing well, not just me. Other teams are banking in – they are trying to make it difficult for us. They’ve obviously watched the games where we’ve been dominant and they know we’re a good team so they’ve just banked in. We’ve got to find ways as a team to counteract that. That is a compliment within itself that teams are banking in and maybe they are putting two right backs on the left hand side, but it’s a compliment and we’ve got to find ways to beat it.

Hussey will be in action for the Robins again on Saturday when Mansfield Town are the visitors to the Jonny-Rocks Stadium.

Kick-off against the Stags is at 3pm and tickets are available to buy in advance online and from the ticket office on Tuesday, Thursday and Friday between 10am and 3pm.