Cheltenham Town will be celebrating the life of Hollie Gazzard at Saturday's match against Leyton Orient.

The 20-year-old hairdresser was murdered by her ex-partner at the Gloucester salon where she worked in February 2014, almost six years ago to the day.

Michael Duff's side will pay tribute by wearing a unique charity kit during the game, sporting the brand colours of the Hollie Gazzard Trust set up by her family in her name.

Hollie's father Nick is an ex-Robin, making 45 appearances and scoring 14 goals in the early '80s before a knee injury curtailed his career.

The former striker has tirelessly campaigned to make sure people are safe and tried to raise awareness of knife crime, stalking, domestic abuse and abusive relationships.

In the summer the club announced that the charity was its official charity of the season and have worked together on this weekend's initiative in recent months.

Each season the club support up to three charities or community-based projects of their choice with its allocation of the FA Community Shield money. As a result this year we will be donating £1,000 to the Hollie Gazzard Trust to support their ongoing work.

Our opponents, Leyton Orient, have made a £500 donation of their own, showing solidarity with Cheltenham supporters who made national headlines on the opening day of this season with a crowdfunded tribute flag to their late manager Justin Edinburgh.

There will also be an army of volunteers shaking buckets in all four corners of the Jonny-Rocks Stadium and we encourage supporters to donate to the charity if they can.

The Robins Trust will be out in force, selling 1-to-100 tickets and have pledged all the profits to the Trust. You might just win £100 for good measure. Nick Gazzard has also kindly donated a limted edition charity shirt as a bonus prize for this week's lucky winner so please look out for the ticket sellers around the ground.

One of the most important factors for the charity is driving awareness for the work they're doing. We will be changing all of our social media GIFs and graphics to white, pink and purple for one day only (pictured above) while Hollie will be on the front cover of our special matchday programme (below). It's available to buy online now. 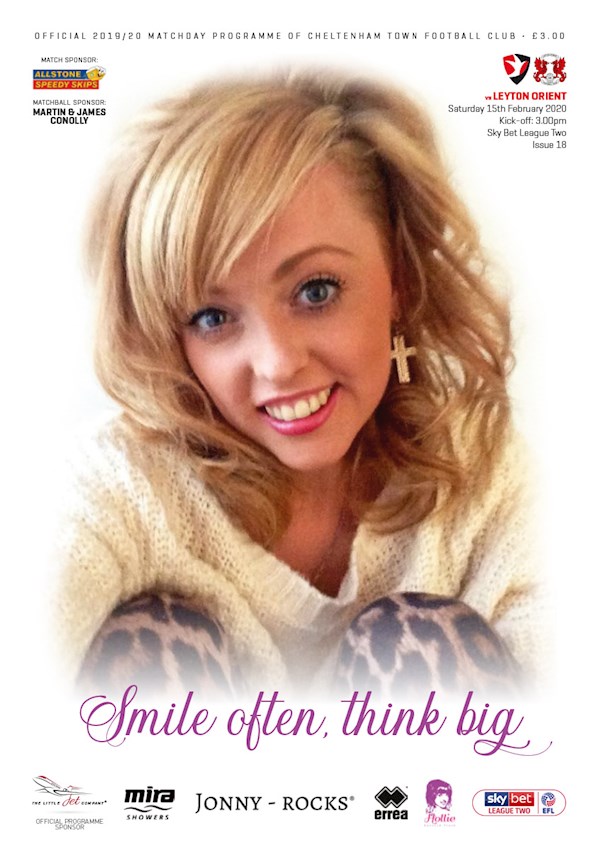 We will be using the scoreboard to show the charity's campaign videos to spread the word about their important work to reduce domestic violence.

Players from Cheltenham Town Ladies Youth have been invited to form a guard of honour as the team comes out and we will have guests from Rowanfield School in the stands.

Just ahead of kick-off the noisy 1887 Red Army will proudly display a flag in Block 7, featuring Hollie.

The players trained in the kit at Seasons this morning (Thursday) and will wear it during the game on Saturday. Very limited stock is available in the shop with the profits going to the charity, who are selling a version of their own. 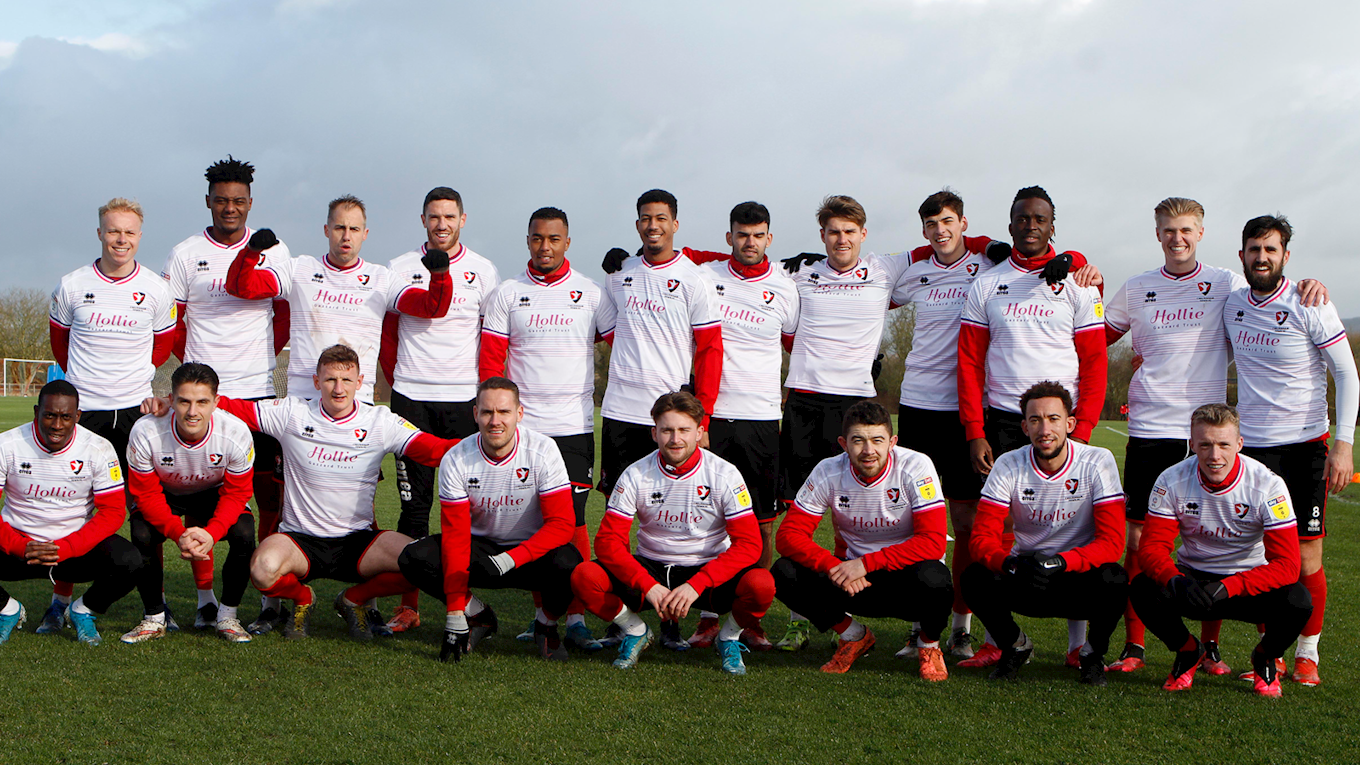 At half-time we will interview our very special guests, former goalkeeper Shane Higgs and – of course – Nick Gazzard (pictured below) about their spells at the club.

In the closing stages of the match we will be inviting supporters to select a matchworn shirt on Twitter to auction in the main bar after the final whistle. Broadcaster Tom Watt, Shane Higgs and Nick Gazzard will be co-hosting that around 5.30pm.

The remainder of the squad's matchworn kit will be auctioned online next week by our partners at AMS auctions. The sale will start on Tuesday (February 18) morning and will end on Sunday with every penny going back into the organisation. There will be more information on Monday with all the details so keep an eye on the website.

DJ Shippers will close the event in his inimitable style, playing tunes until 9pm in the main bar. We want to celebrate Hollie's life and everyone is invited to join us. Entry is free. 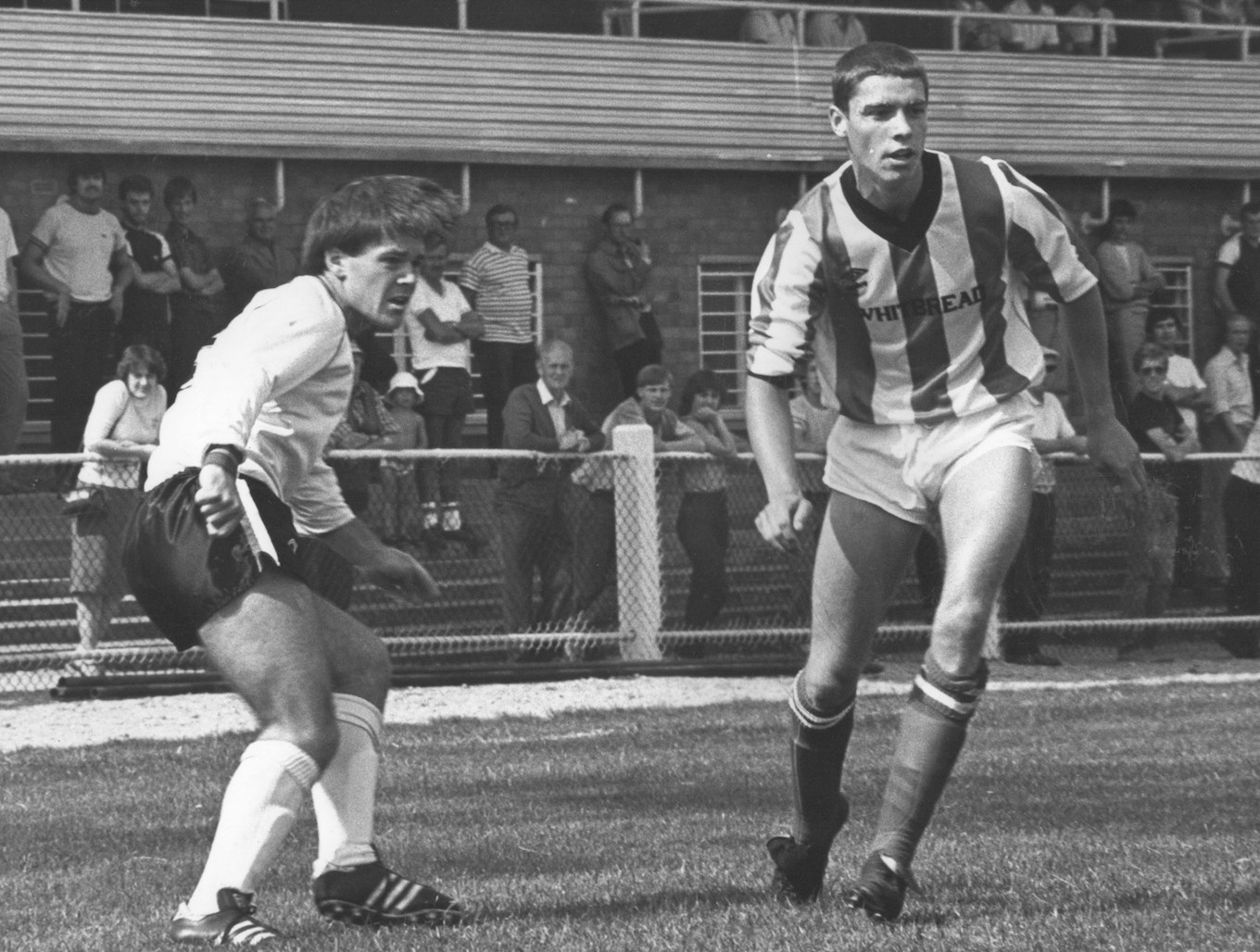