Second year scholar Tom Chamberlain has already got a decade of experience as a Cheltenham Town player under his belt and the midfielder is eager to make his stay at the club an even longer one.

The teenager is coming up to the final few months of his scholarship in the under-18s squad at the Jonny-Rocks Stadium.

He's already made his first team debut this season, in a Leasing.com Trophy tie at Exeter City in September, while he was part of the under-18s team that took Arsenal all the way to penalties in the FA Youth Cup third round.

A supporter as well as a part of the academy structure for a decade, he's looking to earn a dream professional contract as part of the first team in Michael Duff's squad next season.

Where would you say you're at in terms of your journey as a scholar right now?

I'm at a good place at the moment. I'm out on loan at Evesham United and it has been a good experience there. It has been frustrating as well because I haven't played as much as I've liked to but when I have played I've been playing well. Over the two years as a scholar I feel I have been playing well and enjoyed it.

Evesham are a respected non-league club locally. What has it been like being in that environment and having to play a role in a team that are desperate to get out of the division they are in?

It is a well grounded club in respect of that they know what they are doing and they are good enough to get out of that league. In the way it is all set up it is nice and for me to be a part of that it's nice as well. The main thing is I'm playing and enjoying it but hopefully I help to get them to where they need to be as well.

Is the role you are fulfiling for them different to anything you have done before or is it much of the same you're used to?

Has there been anything at Evesham that's really opened your eyes to the senior side of football?

It's been a bit of both really. The men's side of it has been really good in the changing room side and on the pitch as well. Seeing it week in week out is a bit different to to pre-season when I was training with the first team. Non-league football is more physical so it's all a good experience.

In the second month of the season at the start of September you made your Football League competition debut in the Leasing.com Trophy at Exeter. It's a few months ago now but how does it feel looking back on that? 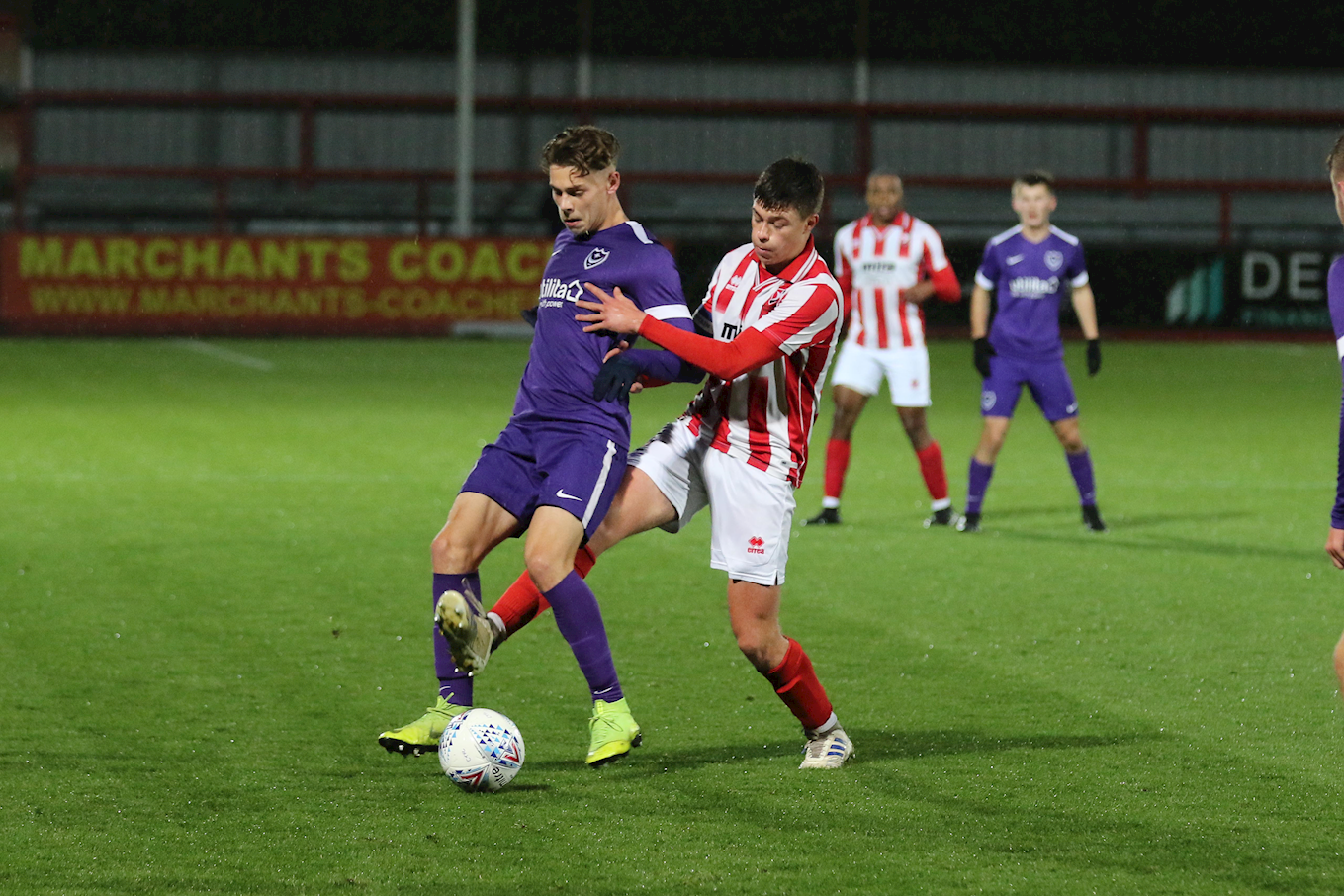 How did you find it as an experience against Exeter because they played some young players themselves but also some players that are forming a part of their team that is pushing for promotion to League One?

Just to play along with some of the professional players at Cheltenham was a good experience really. People like Ben Tozer.

You played recently in the behind closed doors game against West Brom's under-23s. Are you seeing opportunities like that as a big chance in front of the first team manager? For the first team players those games are just a case of getting minutes whereas for you it's almost a trial?

It is really. You think the gaffer is watching, Russell (Milton) is managing. No matter who is watching you have to give it your all and show people what you can do.

You've been a part of the Cheltenham Town fabric for a long time?

Ten years I've been here and hopefully many more years to come.

How did you first get into the academy?

I think I was in under-8s or under-9s when I was playing at Leckhampton Rovers in a local team. We were at a tournament and Antoine Thompson came up to my dad and said 'do you want a trial?' and it has been history ever since really. 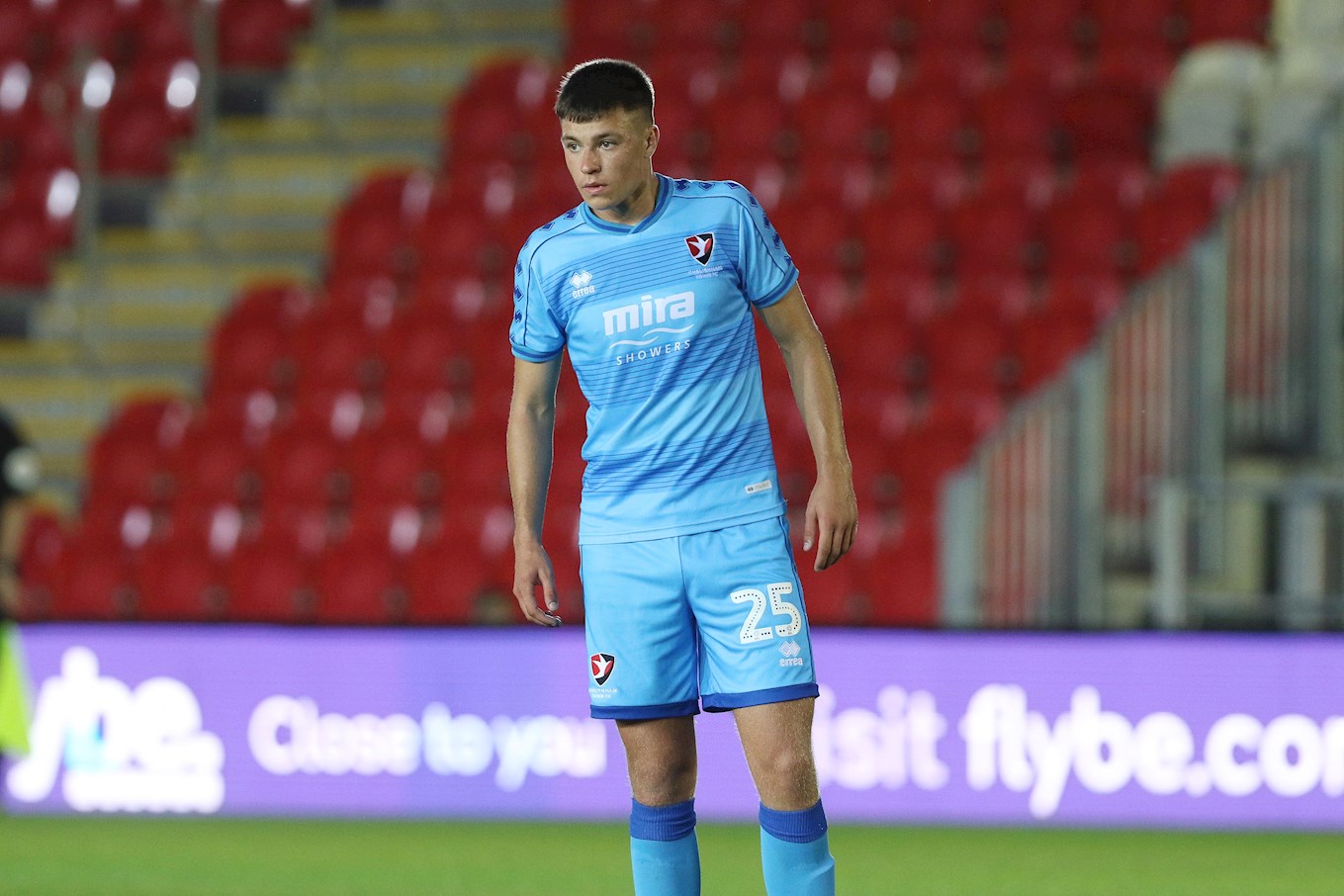 You've come through all of the age groups and have been here from the start?

The mad thing is seeing the people coming in and out and all the different changes. Even when you're in under-10s you still see it. It's like seeing your friends for six months every day and then all of a sudden not seeing them. It's the reality of football really - people come and go.

You've grown up as a Cheltenham fan too? What are some of your memories from following the club?

The best thing is probably the singing in the Speedy Skips Stand. When we went to Wembley as well was a good experience.

As a player you are physically a good size. Does benefit you in the way you play and your career moving forward?

I think so because it doesn't really matter what size you are in football as long as you've got the ability but also the dedication and mental side of it. For a central midfielder I want to be bullying players and bossing the game, getting myself around. I think it helps in a way.

You're out on loan but as part of the under-18s group this year what have some of your achievements been?

Probably the FA Youth Cup but also captaining the side in the league and stuff has been a good experience. FA Youth Cup stands out. In the first round I wasn't eligible to play. In the second round we were 3-1 down and made it 4-3 in ten minutes at half time and then beat them 8-4. Then Arsenal was an experience of a lifetime.