Liam Sercombe’s sixth goal in all competitions was not enough to seal three points for Cheltenham Town as they were held by Stevenage in their final home game of 2020 in Sky Bet League Two.

The Robins’ number 26 let fly to net arguably his best of the campaign so far in the first half but substitute Jack Aitchison’s effort from just outside the penalty area squirmed in with ten minutes to go to leave the hosts frustrated and five without a win.

Michael Duff made one change to the team that lost at Barrow last weekend as Finn Azaz came into the midfield for Tom Sang for the Robins’ last home game of an eventful year.

The visitors came into the game having not played a competitive match since December 12, with six changes made to their last line-up which lost 4-0 to high-flying Carlisle United.

Alex Revell’s side, who were the only team in League Two without an away victory this term, started brightly as Danny Newton and Scott Cuthbert tried their luck from distance inside six minutes.

Newton then missed a huge opportunity to open the scoring after a corner was cleared and then deflected into his path, but the striker headed inches wide following an impressive dive to reach the ball.

The Robins had not managed an attempt on goal despite controlling possession inside the first quarter of the game, but Sercombe ensured they went ahead in the 28th minute with his fourth League Two strike of the season. 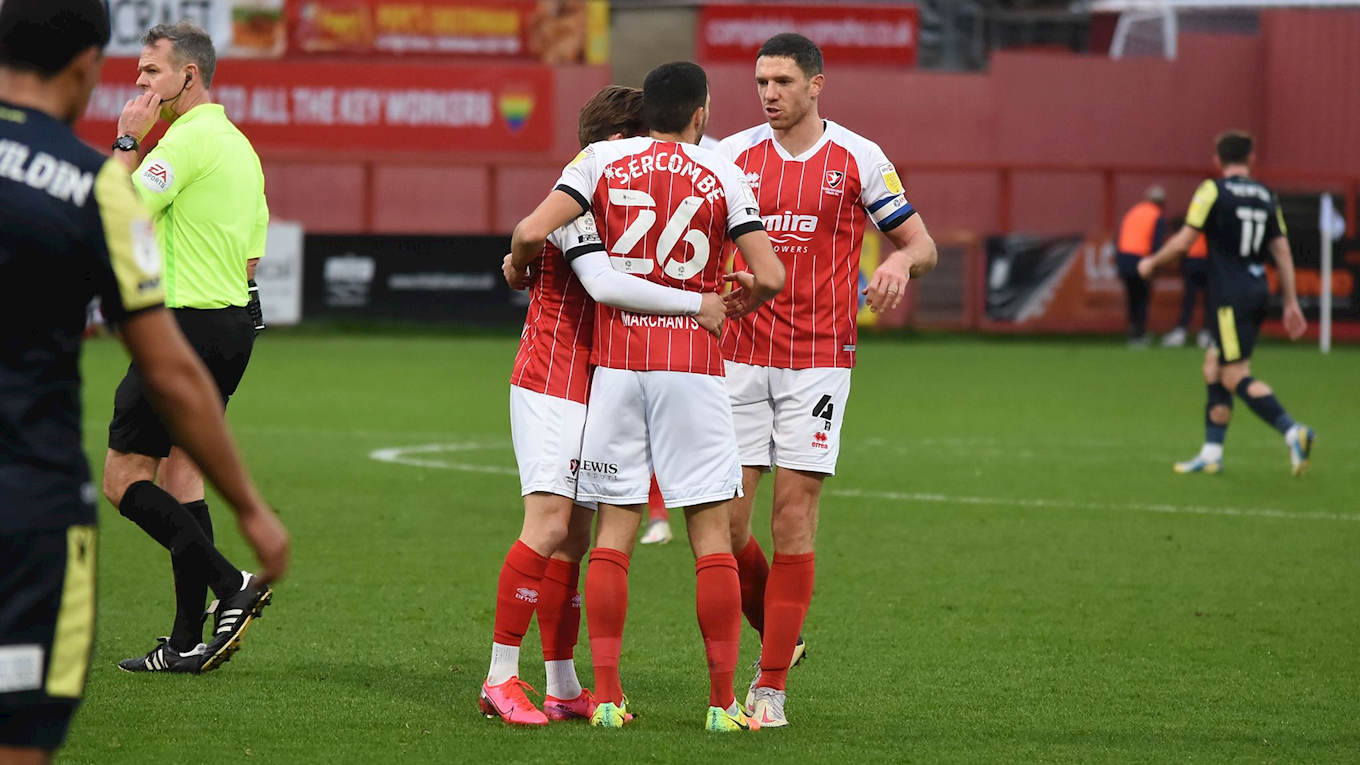 Cheltenham were faster out of the blocks in the second period with Matty Blair forcing a corner and skipper Tozer causing problems with his trademark giant-throw as the Robins sought to double their advantage.

At the other end, Blair was forced into his defensive duties volleying behind a dangerous Luther James-Wildin cross for a corner with two Boro players waiting to pounce at the back post.

Searching for his sixth goal of the season, May crashed a half-volley against the underside of the crossbar in the 62nd minute with the ball not adjudged to have crossed the goal-line, despite heavy protests from the home players, staff and directors at the Jonny-Rocks Stadium.

Sub Aitchison, who scored for Forest Green Rovers at the same ground last season, then stunned the Robins with a hopeful left-footed shot from the corner of the penalty area to give the Hertfordshire side hope of a rare point on their travels.