Cheltenham Town closed the chapter that was 2020 with a 0-0 draw away to Colchester United.

It was a deadlock at the JobServe Community Stadium, as Michael Duff’s men pushed to find that elusive goal all evening - creating a host of chances but failing to convert.

Something that striker George Lloyd was able to find the positives in, with Cheltenham’s performance perhaps meriting more than a draw as the Robins dominated spells in the game.

“It was good to get back to that. We haven’t been quite that good in the last few weeks. I thought we played really well today. Obviously, we had a lot of chances and nearly won the game but it is what it is," he said.

“Off the back of the last two performances we had I thought we played really well.”

Alfie May had the ball in the back of the net in the first half only to be denied by the linesman, while Finn Azaz and Charlie Raglan came close to scoring late winners.

Lloyd was particularly impressed with Colchester centre-back Omar Sowumni who was able to hold the Robins at bay.

“I think he did quite well, both of them [Sowumni and Tommy Smith] did really well. Two big lads, quite quick one of them so it was hard but I thought we did well.

“We made quite a few chances today, we just need to start putting them in the net. I need to get a few more goals and I’ve been working hard in training towards that.”

Lloyd has made 21 appearances in all competitions so far, already surpassing last season’s total and becoming a key member of the squad. 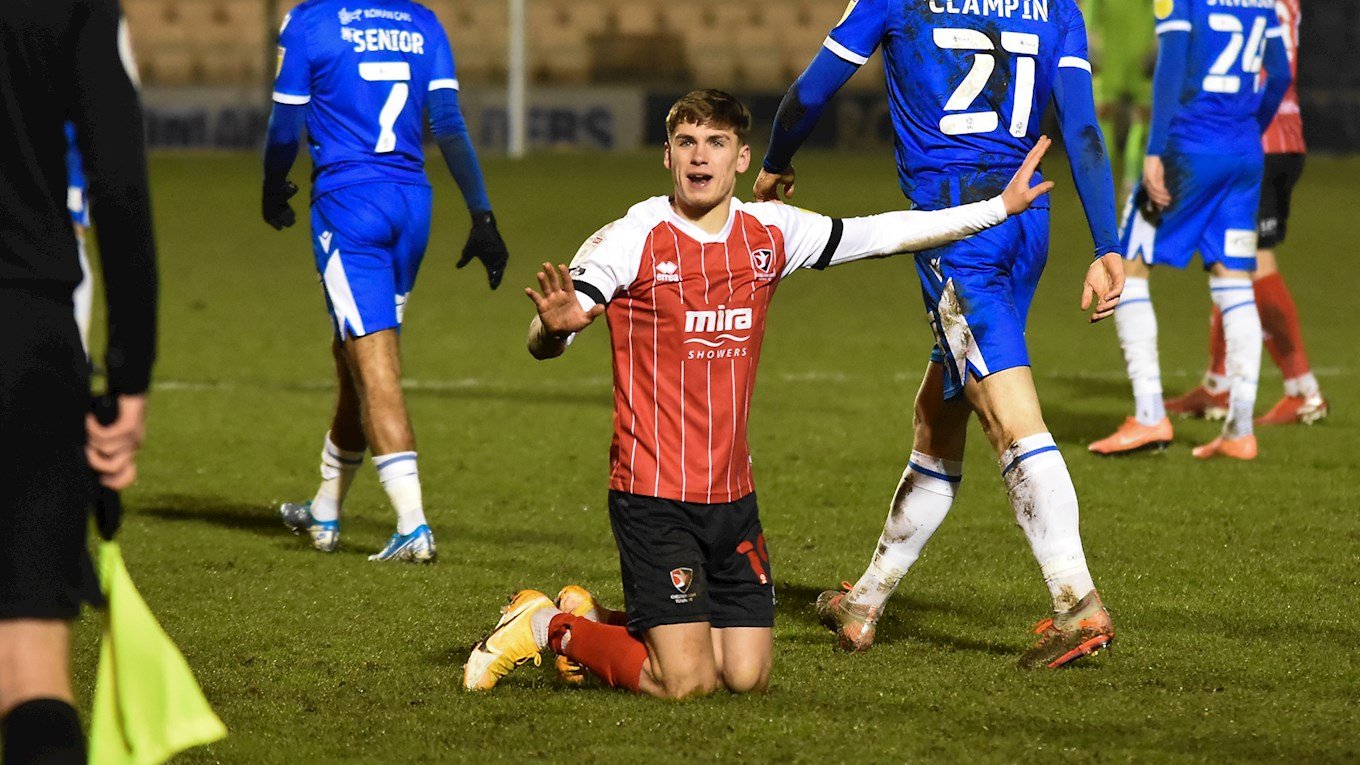 Cheltenham end the year with 25 wins, eight draws and 11 losses in all competitions, an impressive return considering the challenges that have risen along the way.

While this draw makes it five League games without a win, Cheltenham will be pleased with their current fourth-placed position to round off an extraordinary year.

“I think the mood’s good,” said the 20-year-old Lloyd, “We know Barrow was a blip, we were nowhere near where we wanted to be in that game. We haven’t had the best results but it’s not been terrible.

“There’s a great bunch of lads in the training room, everyone is staying positive and that’s what we need. I think everyone is honest so they know if they haven’t given enough, or they have and not had the best performance. I think that shows we are an honest bunch and we do what we can.”

Michael Duff’s side now have some respite from the traditional Christmas congestion, with the next mid-week game on Tuesday, January 19 against Newport County - which Lloyd echoed the importance of.

“You have to keep going with the games coming thick and fast! I think we have a two week break without a midweek game coming up soon but we’ll be back on the road Friday to go up to Harrogate. It’s tough but it’s football.”

Saturday’s match against Harrogate comes with a clean slate and the chance to make 2021 a year to remember for Robins’ fans.