Stevenage are the visitors on Boxing Day as Cheltenham Town play at the Jonny-Rocks Stadium one last time in 2020 (kick-off: 3pm).

Unfortunately the match will take place behind closed doors with Gloucestershire being entered into tier 3 restrictions as of 00:01 on Boxing Day.

Depsite the huge disappointment that the club's supporters will be unable to watch the game live at the stadium, the squad are determined to put right the frustrating defeat at Barrow last weekend, and manager Michael Duff has also called on a reaction from his side.

Watch the match in full online by purchasing an iFollow match pass.

There are no new injury concerns for the Robins. Conor Thomas and Sean Long both continue to step up their training schedules but won't be fit enough to be involved.

Goalkeeper Scott Flinders could return to the bench after a recent training injury that's impacted on him in the last two weeks.

The match will be Stevenage's first in a fortnight after covid-19 cases caused them to postpone their last two games. They've still been affected by infections which will see them travel to Gloucestershire low on numbers but no doubt determined to get back to winning ways having only won once in League Two since September.

That win came against Port Vale at the end of November, but they head into their trip to the Jonny-Rocks having not won in their last three league games, though they have taken points off Walsall and Southend. They also notably did knock Hull City out of the FA Cup to set up a third round tie with Swansea City in the New Year.

They are currently 23rd in League Two and determined to avoid relegation to the National League. Something which they avoided at the end of last season when they earned a reprieve following the demise of Macclesfield Town through off the field matters.

Defensively Terence Vancooten is an international teammate of former loan midfielder Elliot Bonds with the Guyana national team, while they'll look to rely on the Football League experience provided by the likes of ex-Southend man Ben Coker.

Another with plenty of League knowhow in their midfield is Romain Vincelot. The 35-year-old can list Bradford City and Coventry City among his former sides. Tom Pett is back at Boro for his second spell having left Lincoln City at the end of last season, meanwhile Charlie Carter offers legs in midfield.

In their attack they've got 22-year-old Aramide Oteh on loan from QPR. He's netted three times for them so far. The well travelled Tyrone Marsh, non-league product Femi Akinwande and Marcus Dinanga, who signed in the summer after a successful trial following a season in the National League North with AFC Telford United last term, could also play a part in leading their front line.

One of the youngest managers in the EFL, Alex Revell was appointed Stevenage manager in February 2020 but had very little time to try and hoist them away from the League Two relegation zone until the season was cut short because of coronavirus.

The 37-year-old had been managing the under-18s at Boro where he ended his playing career, a spell in the game that saw him enjoy noteworthy success in the League. He represented the likes of Brighton & Hove Albion, Leyton Orient, Rotherham United, Cardiff City and MK Dons before hanging up his boots.

In the summer they appointed former Cardiff manager Lennie Lawrence as an advisor, while they've recently been joined by Dean Wilkins who is Revell's new assistant manager. Former England Ladies boss Mark Sampson is also on the coaching staff. 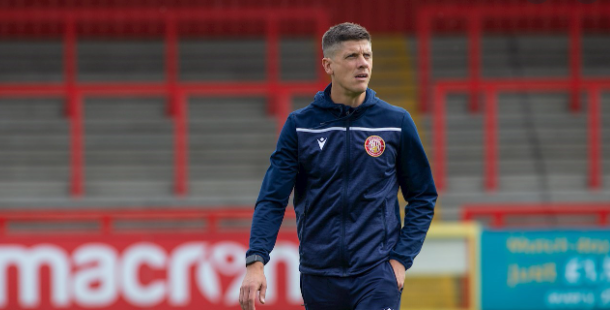 One to watch: Danny Newton

Front man Danny Newton is expected to return following a recent suspension for Stevenage and could offer a threat at the top of the pitch.

The 29-year-old has two goals to his name so far this season and scored both of Stevenage's goals when they last visited the Jonny-Rocks Stadium.

He's been at Stevenage for a number of seasons having made the step up from non-league football and in his first campaign for Boro, the 2017/18 campaign, bagged himself 16 goals.

Before joining he'd been at Tamworth and spent most of his career in non-league football around the Midlands with the likes of Leamington, Brackley Town, Barwell, Nuneaton and Hinckley United. 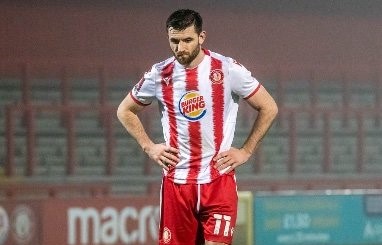 Unfortunately with no fans allowed into the stadium to watch the game the best way to watch the full action on Saturday is by purchasing an iFollow match pass.

You can subscribe online and get a pass for only £10. 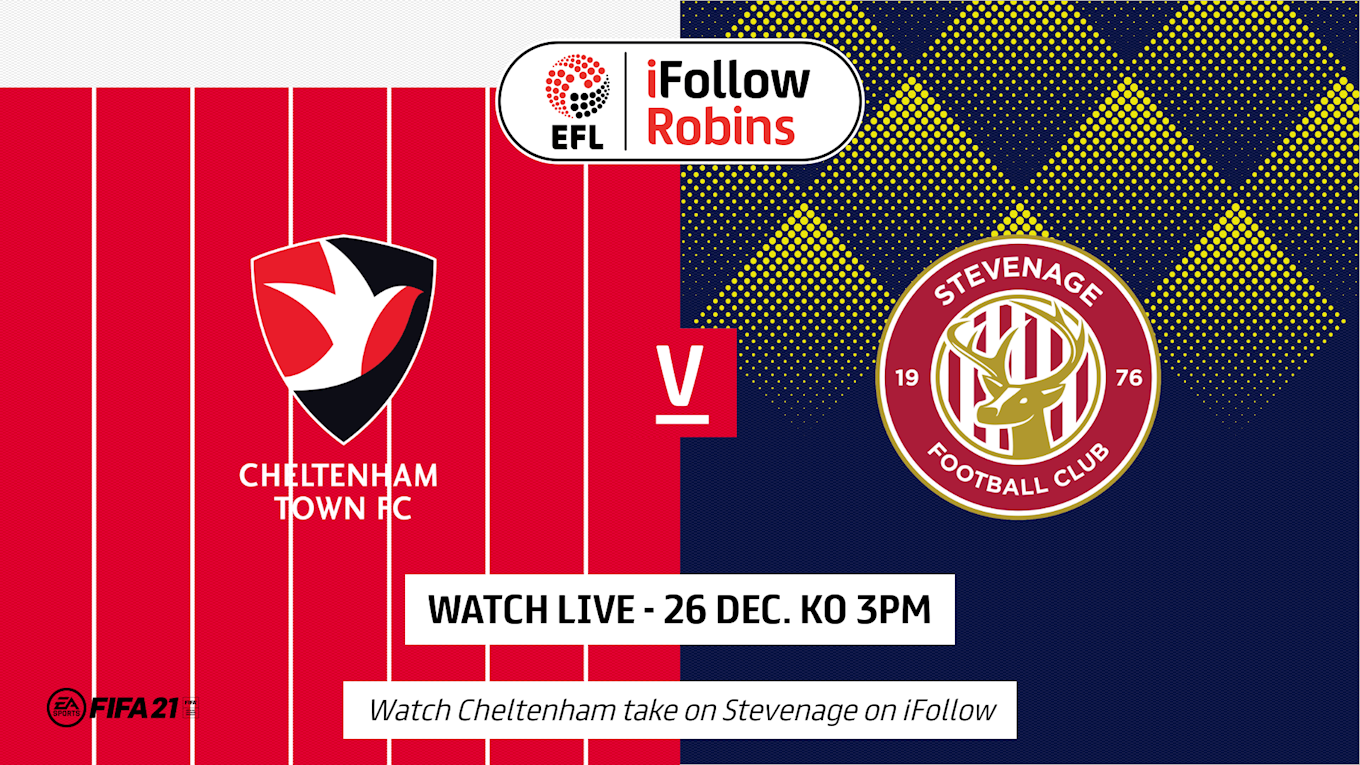 Finn Azaz is the big interview as he reflects on his loan spell at the club from West Brom. There's also a look back at some of the key moments in the calendar year of 2020 around the club, Michael Duff previews the game, a review of the under-18s 2020, a detailed look at the day's opposition and much more.

Get your limited edition print copy online by buying it for £2.50. It's also possible to get a larger download version - this is available for £2. 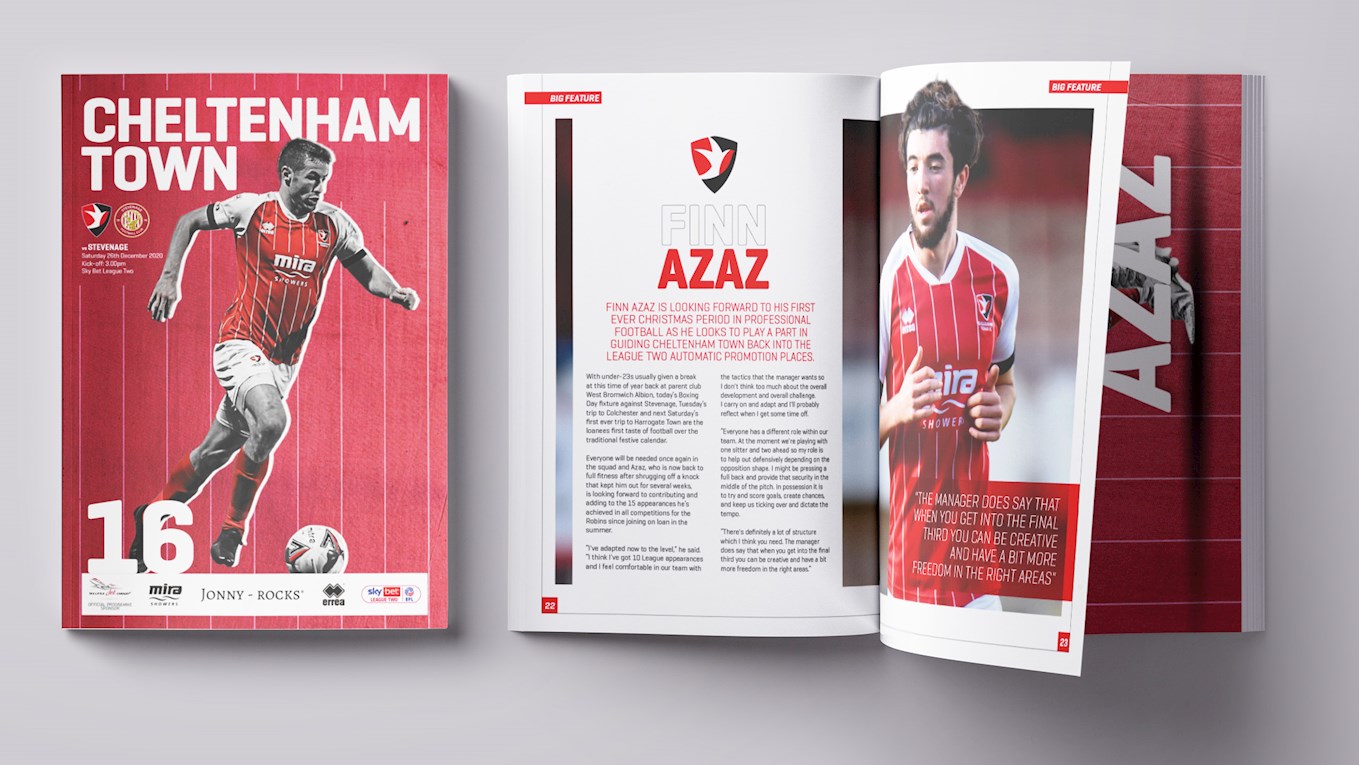 Post-match you can check out an on the whistle match report plus reaction from the manager and a player to the final score.