It's another huge League Two test for Cheltenham Town on Saturday as they make the trip to the Peninsula Stadium to take on Salford City (kick-off: 3pm).

A Salford side who sit just outside the play-off spots will view the Robins as a noteworthy scalp, so it'll be one of the hardest League Two tasks to date to pick up a result for Michael Duff's side.

The Robins have been on a fine run in the league. The team are five unbeaten in League Two - a run that's included four victories - and the players will be aiming to follow up last Saturday's fantastic 5-3 win over Exeter City.

You can watch Saturday's game on iFollow by purchasing a match pass for £10.

A number of players will need to prove their fitness before being considered for selection.

Conor Thomas and Sean Long are definitely out, while there are fitness concerns for Chris Clements, Liam Sercombe and Charlie Raglan.

Watch Michael Duff's pre-match thoughts ahead of the game, while captain Ben Tozer has also been speaking to the media about Saturday.

Yet to lose at home in League Two this season, Salford have made the Peninsula Stadium a difficult place to visit for away sides in the division and head into Saturday having recorded three straight home League Two wins.

They boast a strong squad at this level and have an eye on achieving promotion to League One by the end of this season, despite the fact it's only their second season in the Football League.

Václav Hladký joined from SPL side St Mirren in the summer to don the gloves in goal, and in front of him he relies on a defensive unit that includes the likes of former Cheltenham loanee Ashley Eastham, ex-Preston North End man Tom Clarke and Jordan Turnbull, who was a part of the Northampton squad that achieved promotion last term. They've also used their Manchester United links to bring in Di'Shon Bernard on loan.

They may also turn to the vastly experienced George Boyd if they want his qualities in wider positions. Youngster Alex Denny is an option too with the 20-year-old having signed from Everton.

Leading the line the threat of Emmanuel Dieseruvwe, who has been with the club since 2017, will have to be taken into consideration, while Ashley Hunter has been lively in front of goal for them.

A bigger option may see them turn to Tom Elliott, who at the age of 30, offers lots of Football League knowhow having started his career at Leeds United and also represented the likes of Cambridge United and AFC Wimbledon.

At the start of November Richie Wellens was appointed Salford manager after he left his post at Swindon Town.

He guided Swindon to the League Two title on points per game last season having taken over at the Country Ground midway through the 2018/19 campaign. His other previous managerial appointment was at Oldham Athletic, though in his year in charge he couldn't prevent them from being relegated from League One.

As a player he was a midfielder who began his career at Manchester United but made his name at Blackpool before going onto represent Oldham, Doncaster Rovers, Leicester City, Ipswich Town and Shrewsbury. He had a brief stint at Salford as a player at the latter end of his career. 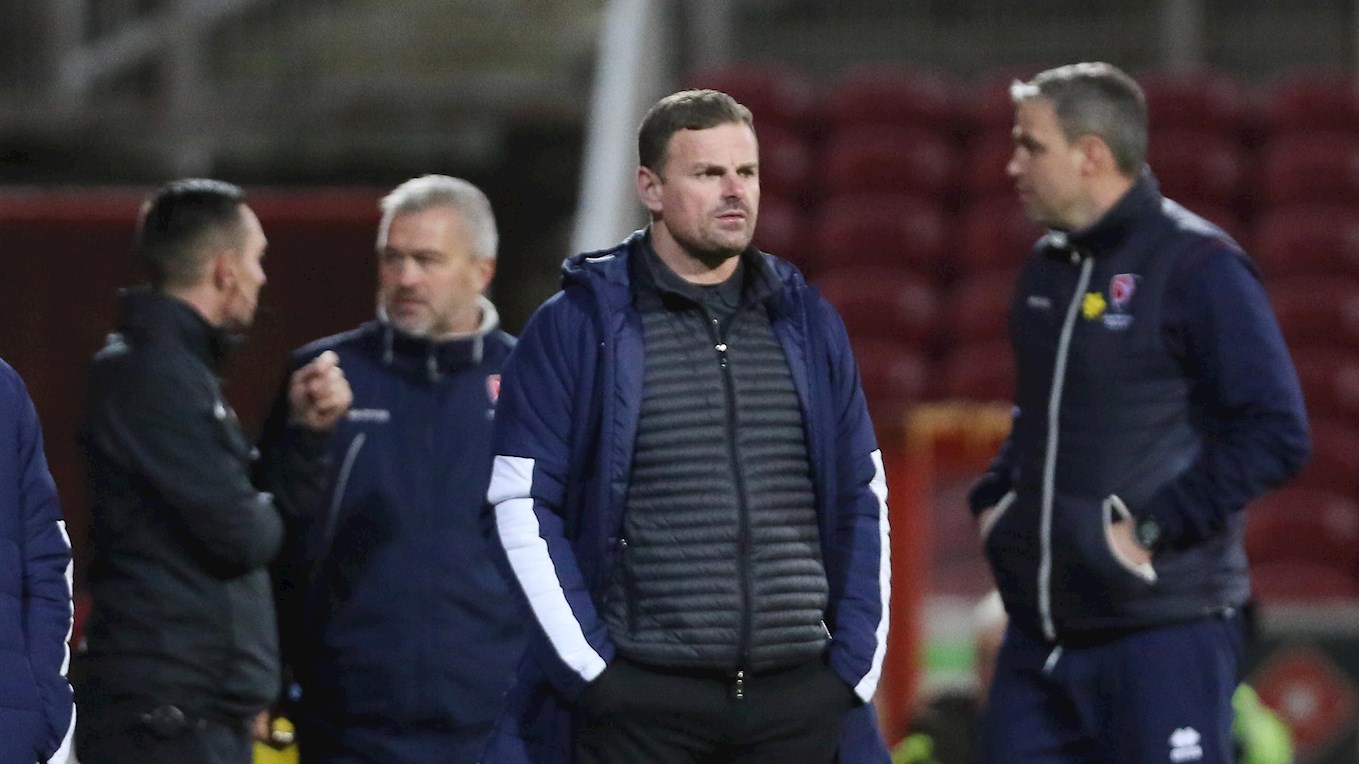 One to watch: Ian Henderson

With six goals to his name this season in 18 games, Ian Henderson is up there as one of Salford's leading goal scorers this season.

The 35-year-old ended a lengthy stay at Rochdale to join Salford in the summer and since then he has led the line for the Ammies, bagging a hat-trick in a September away win over Grimsby Town.

He began his career at Norwich City and has gone on to enjoy spells in the Football League at Northampton Town, Luton and Colchester United. He also had a brief spell playing in Turkey for MKE Ankaragücü. 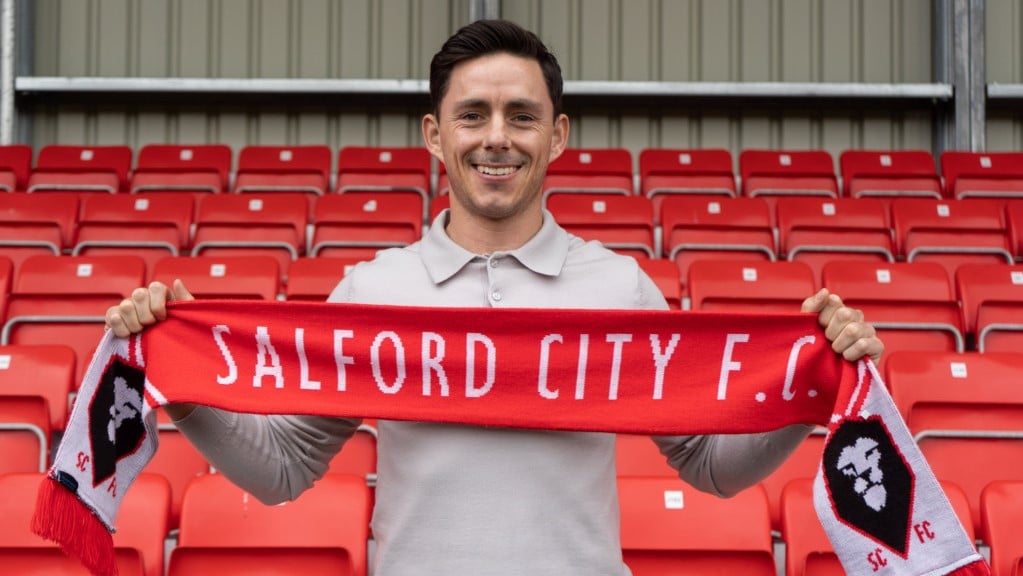 You can watch the full 90 minutes of Saturday's game online by purchasing a match pass on iFollow.

A pass is available for £10 and you can watch all of the action from the comfort of your own home. 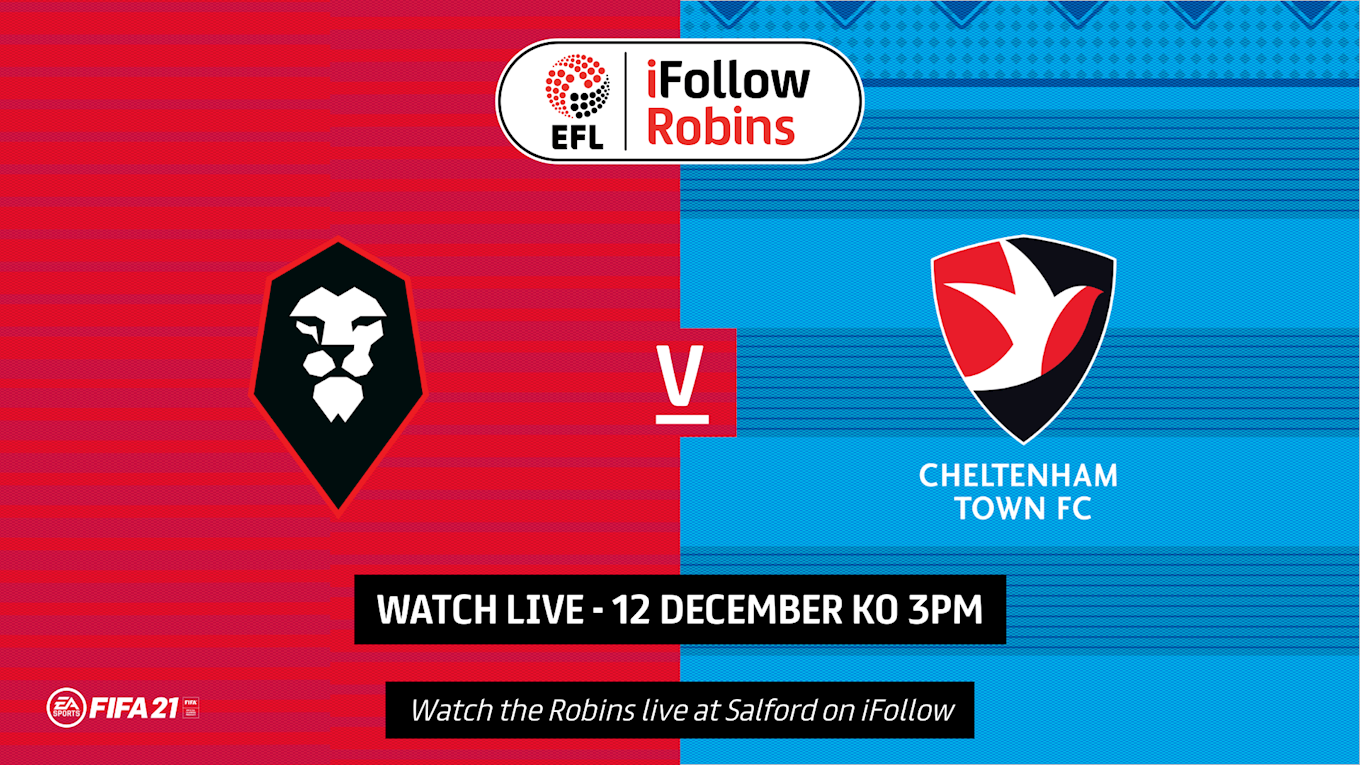 Stay up to date on social media by following @CTFCofficial for team news, match updates, scores and photos. You can also see team news and keep up to date with the latest scoreline on the club's Facebook and Instagram accounts.

After the game visit the club website to read the match report describing the action, and to hear from Michael Duff and a member of his playing squad giving their reaction.

Extended match highlights will be available to watch on iFollow on the club website and EFL iFollow app.