2020 is brought to an end by Cheltenham Town on the road at Colchester United on Tuesday evening (kick-off: 7.45pm).

A testing year will be seen out under floodlights and behind closed doors at the JobServe Community Stadium.

The Robins will be looking to follow up a home draw with Stevenage on Boxing Day by ending 2020 on a high.

You can watch the match in full online by subscribing to an iFollow match pass.

There are no fresh injury concerns for Cheltenham heading into the match.

Conor Thomas and Sean Long both remain out but are making progress from their injuries. Goalkeeper Scott Flinders will miss out again so Max Harris will be involved.

Manager John McGreal was shown the door and his former assistant, Steve Ball, is now in charge.

He has guided the U's to 11th place heading into Tuesday's game and they sit three points off the play-off places.

They are currently in a poor run of form though and have lost three times in a row with their latest defeat coming on Boxing Day against lowly Southend United.

In midfield areas they can call upon the likes of Ben Stevenson, Tom Lapslie, Courtney Senior and youngster Kwame Poku. Malta international Luke Gambin is another option in a wide area, however captain Harry Pell is likely to not be involved because of a knee injury he picked up in training a few weeks ago.

Their forward options include Jevani Brown who has 11 goals to his name this season. That included two hat-tricks in the space of a week in November.

Otherwise summer addition from Watford, Michael Folivi, could be involved. Two experienced strikers who look like they may miss out because of fitness concerns are Luke Norris and Callum Harriott.

After four years spent as John McGreal's number two, Steve Ball was appointed as Colchester's Head Coach in July and it is his first managerial job in the Football League.

The 51-year-old was a former teammate of current Cheltenham assistant Russell Milton at Arsenal in his younger days at the beginning of a career that saw him have two spells as a player at Colchester.

The former midfielder also featured for Norwich City and Cambridge United before dropping into the non-league game with Sudbury Town, Heybridge Swifts and Long Melford.

His assistant is ex-West Ham United and Crystal Palace midfielder Hayden Mullins who last season had two spells as caretaker manager of Watford in their Premier League campaign where he had served as under-23s manager of the Hornets. 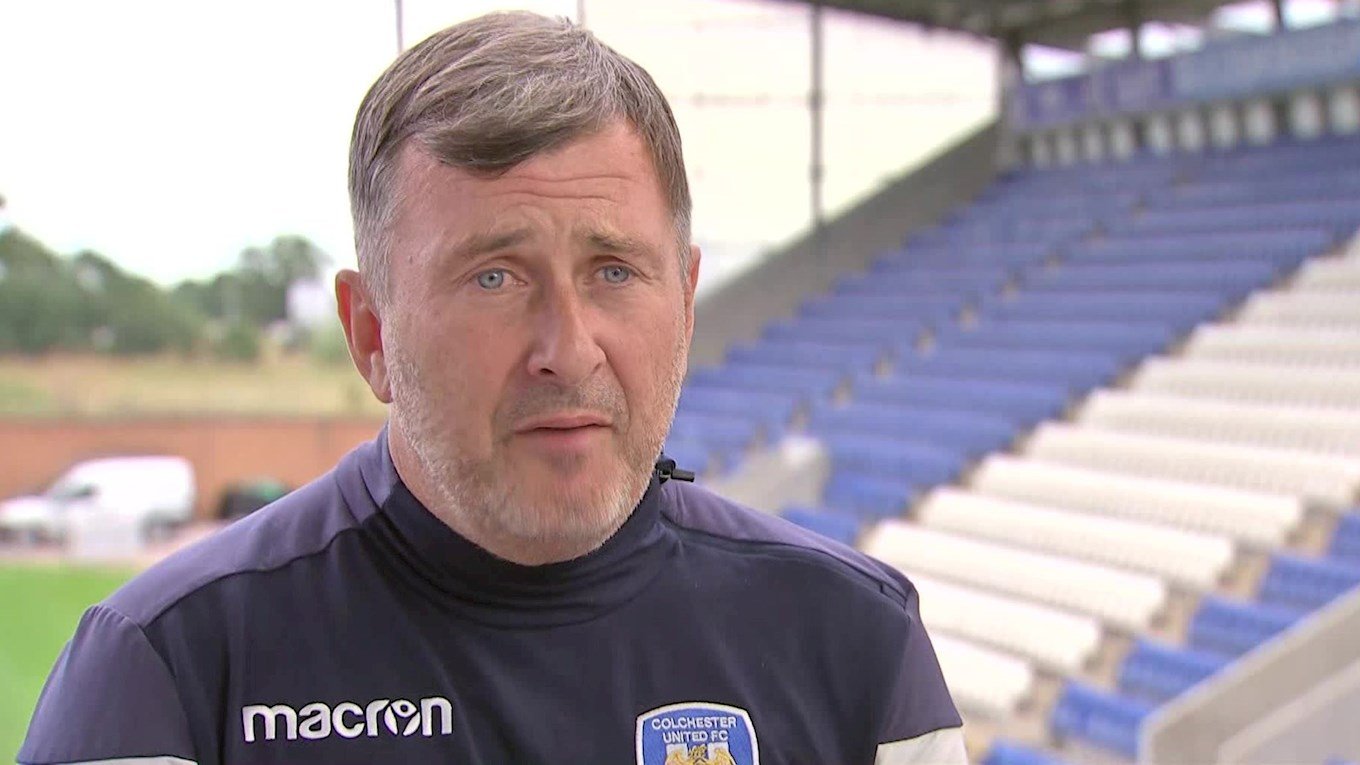 One to watch: Jevani Brown

Former Jamaica youth international Jevani Brown is enjoying a goal scoring campaign having netted 11 times in 25 matches for Colchester in what is his second season at the JobServe Community Stadium.

He's kicked on after a disappointing first season that saw him fail to register a single goal and he ended the season on loan at League Two counterparts Forest Green where he again struggled to find the net for the Little Club on the Hill.

The U's paid an undisclosed fee to sign him from Cambridge United in the summer of 2019 after he'd made the step up into the Football League in 2017 with Cambridge after several seasons playing in non-league with the likes of Barton Rovers, Kettering Town, Stamford and St Neots.

Though he has enjoyed a better showing in front of goal this season, he hasn't found the back of the net since mid-November, going without a goal in nine matches heading into Tuesday's contest. 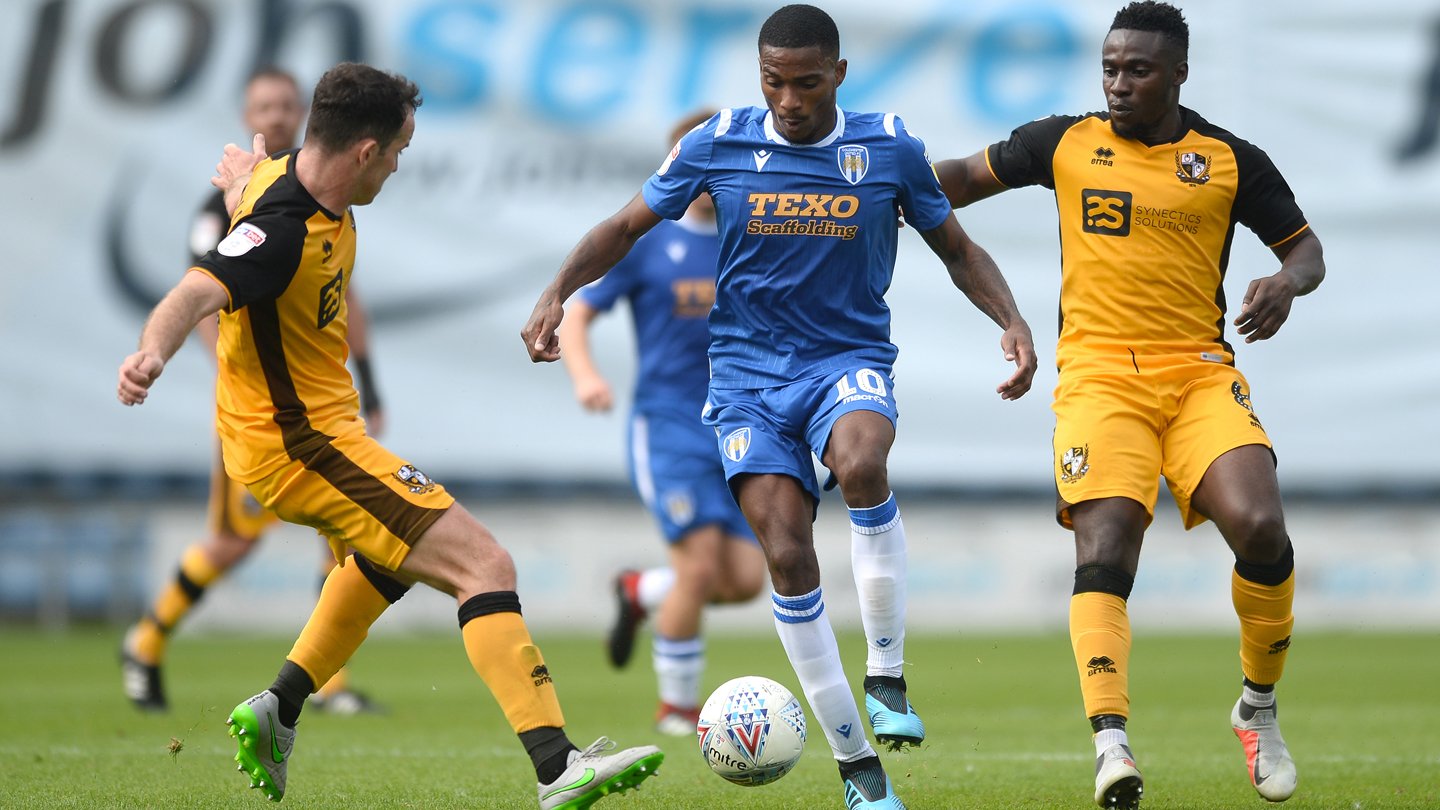 There may be no fans allowed into the JobServe Community Stadium on Tuesday evening but you can still check out all of the game by watching online.

Purchase a match pass on iFollow to enjoy the whole match online. A pass is available to subscribe to online at a price of £10. 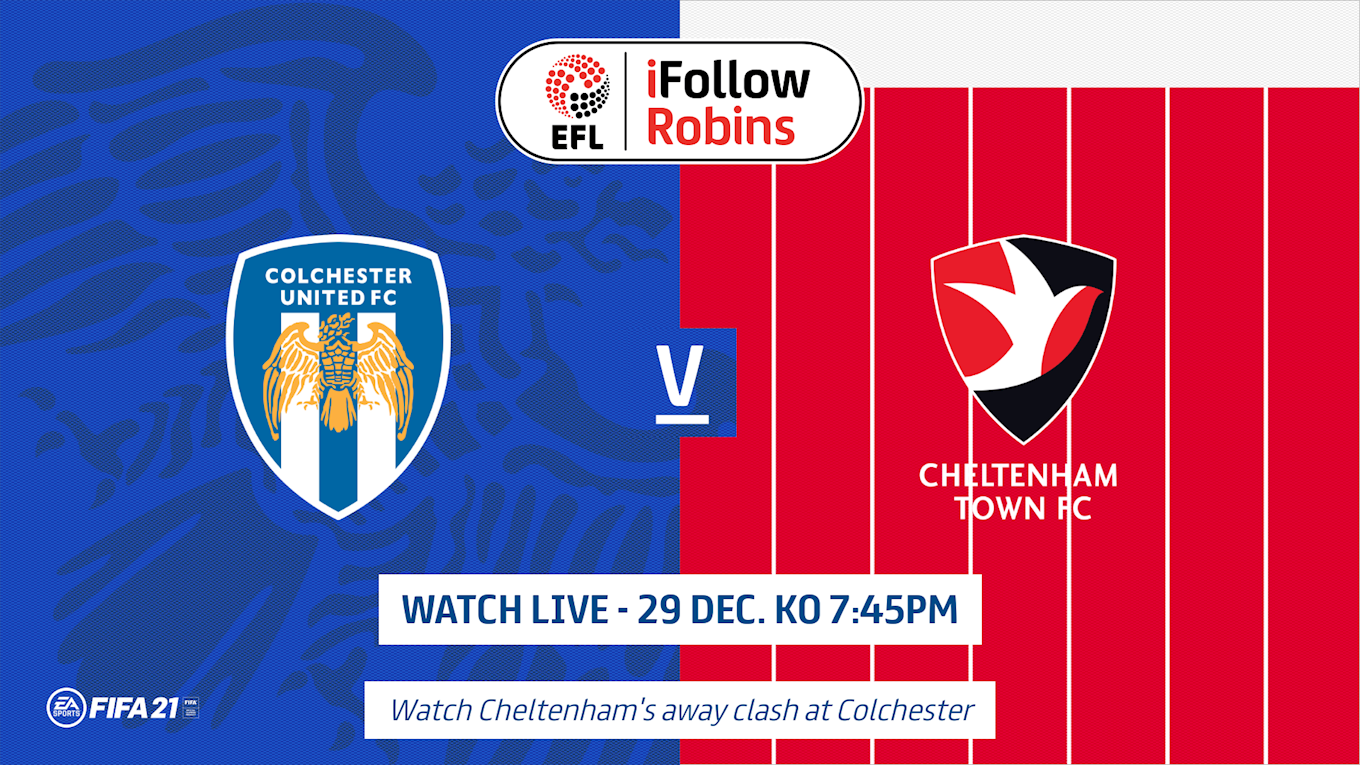 Stay up to date with goings on in Essex by following @CTFCofficial on Twitter. You can also keep up to date with the latest score and team news before kick-off on the CTFC Facebook page and Instagram account.

Once the game is over visit the club website to read a match report and to hear from boss Michael Duff.

You'll also be able to see on the club website, and on the EFL iFollow app, extended highlights of the action on iFollow.