We were saddened to learn that Graham Green, who made 139 appearances for the club during the 1960s, passed away this week at the age of 73.

The locally-born utility player spent four years at Cheltenham Town until his career was sadly cut short by injury. A former pupil of Winchcombe Secondary School, Green was signed by Birmingham City at the age of 15 and spent three years as a schoolboy and apprentice with the St Andrews club.
Released in 1965, he spent a short time with Bristol Rovers but with the club unable to commit to an offer of terms he signed for Cheltenham Town in March 1965. Green spent the remainder of the season at inside-right for the first team and scored on his debut in a 3-2 win over Bedford Town at Whaddon Road.
Green was one of the last players signed by Arch Anderson and played an unwitting part in his downfall when it emerged that the manager had not paid over a signing-on fee given to him by director Jim Perrett for Green.
New manager Harold Fletcher continued to select Green in a forward role at the start of the following season before switching him to the defensive positions in which he became a popular figure during the late 1960's. 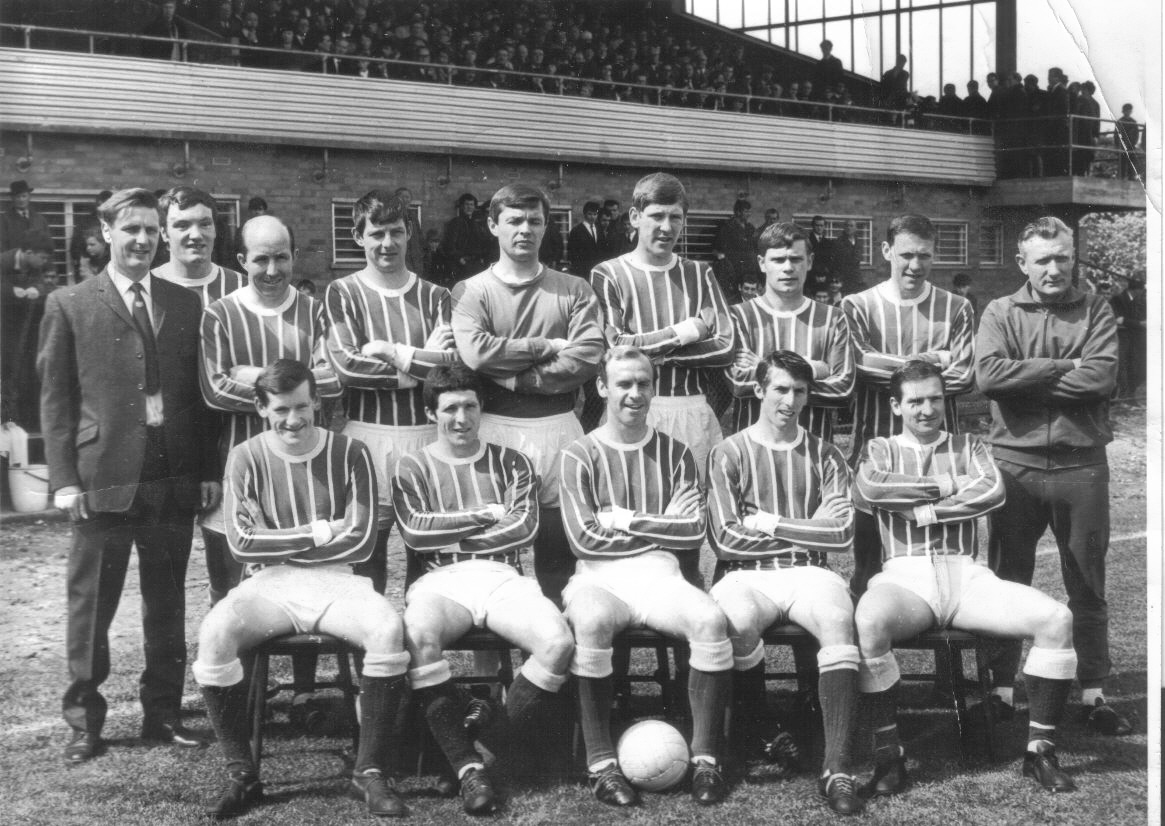 A committed, wholehearted player and strong tackler, Green became a reliable unsung hero of the team that finished fourth in the Southern League Premier Division in 1968 and reached the Southern League Cup final a year later. He scored the quickest goal in the club's history after only 11 seconds at Hillingdon Borough in February 1967 and appeared in every position on the field for the club apart from goalkeeper.
Sadly, just as his career appeared to be reaching a peak at the end of the 1967-68 season, Green suffered a knee injury during the notable 2-1 win over champions Chelmsford City on the final day of the campaign. His condition was not helped by the length of time taken for a proper diagnosis (one doctor told him to "give it a good workout!") and after a couple of comeback attempts and two operations during the 1968-69 season, he was given a month's trial to prove his fitness at the start of 1969-70. Although the trial was subsequently extended, Green was unable to play again regularly and gave up the game in October 1969. He continued to live locally and worked for many years as a maintenance man for Middleton Plastics.