Quite how this one ended goalless is a mystery.

Somehow Salford City preserved their unbeaten home record after a frustrating afternoon at the Peninsula Stadium.

Michael Duff's side dominated this match from start to finish, creating all the chances and and hitting the woodwork twice but they couldn't convert their superiority into a goal for the first time on the road this term.

It says a lot about the progress under Duff that the overriding emotion tonight is disappointment after a performance that merited so much more against the promotion hopefuls.

Despite doing everything but score, Duff was pleased with the performance after the match.

"There's a tinge of frustration but I'm delighted with the performance today," he said.

"They're one of the best teams in the league and they'll get promoted but I thought we made them look pretty ordinary at times today.

"They had to change their shape and I think that tells you everything, so I'm delighted." 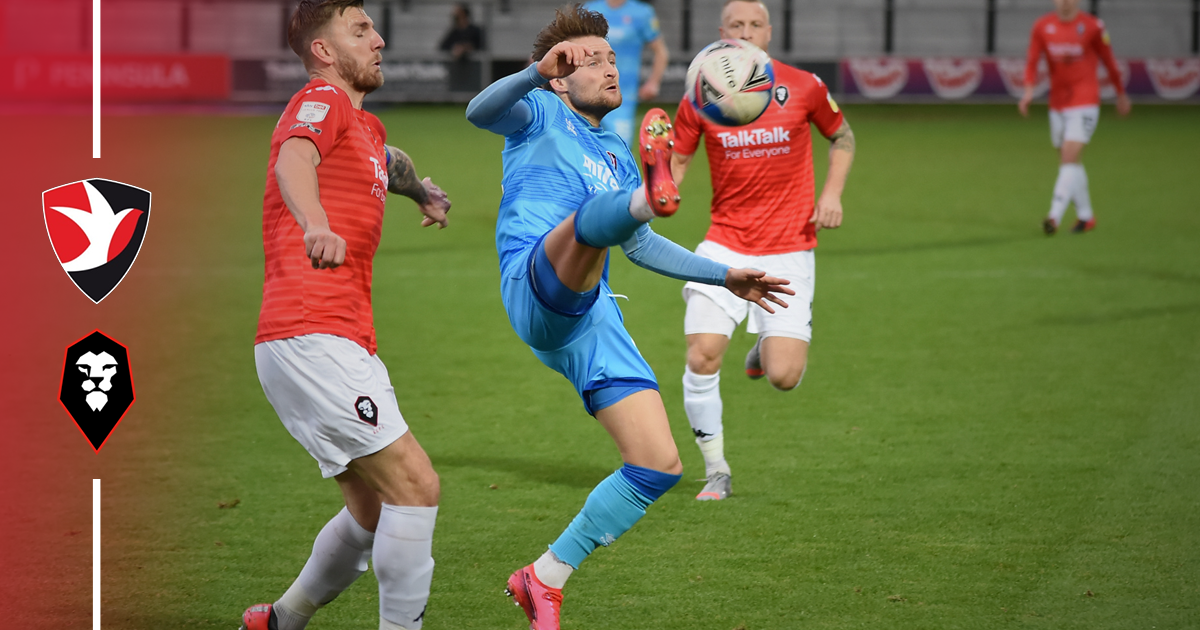 Duff made one change to the side that defeated Exeter City last weekend, naming Ellis Chapman in place of Chris Clements who missed out with a calf injury.

The Robins controlled the first period, enjoying the lion's share of possession and really should have made numerous chances count before the interval.

Alfie May struck the bar in the opening exchanges and saw a header held by Vaclav Hladky midway through the opening 45 minutes.

Then a mistake by the Ammies number one almost lead to an extraordinary own goal on the half-hour, but his sliced volley rolled past the right post. 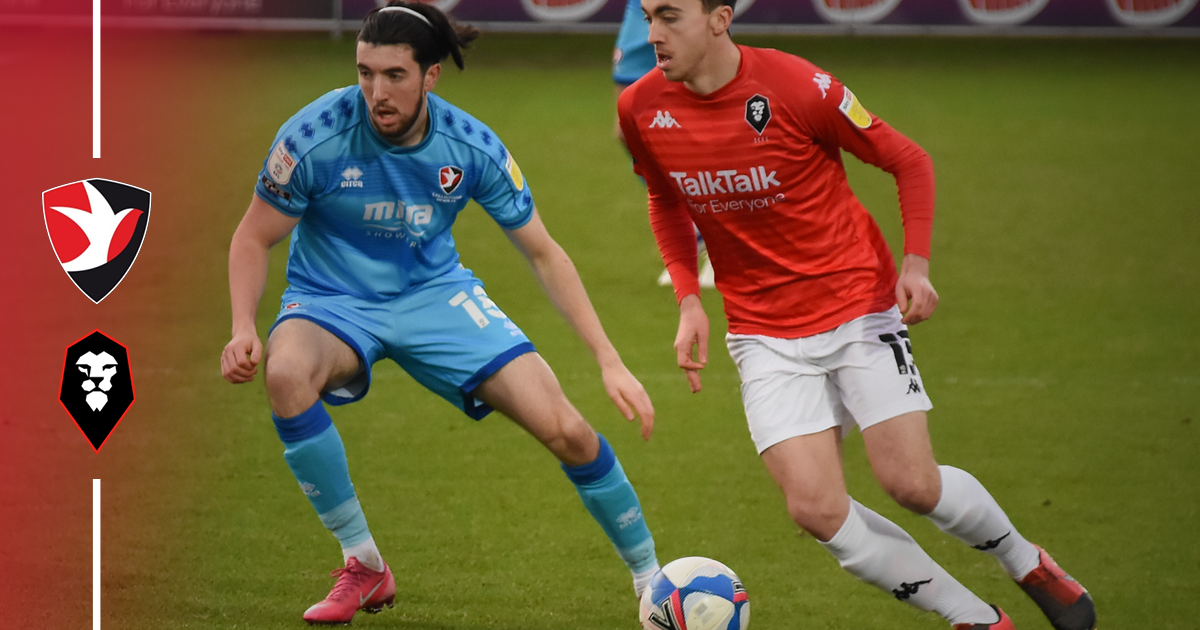 Finn Azaz blasted one wide and Matty Blair pulled one into the side netting before Cheltenham fashioned the best chance of the half.

Ellis Chapman created it, threading one into the path of George Lloyd who was denied by Hladky, who was quick onto his feet to prevent Liam Sercombe and Azaz following up.

The chances continued to flow after the break which eventually forced Salford boss Richie Wellens into four second half substitutions and a change of formation. 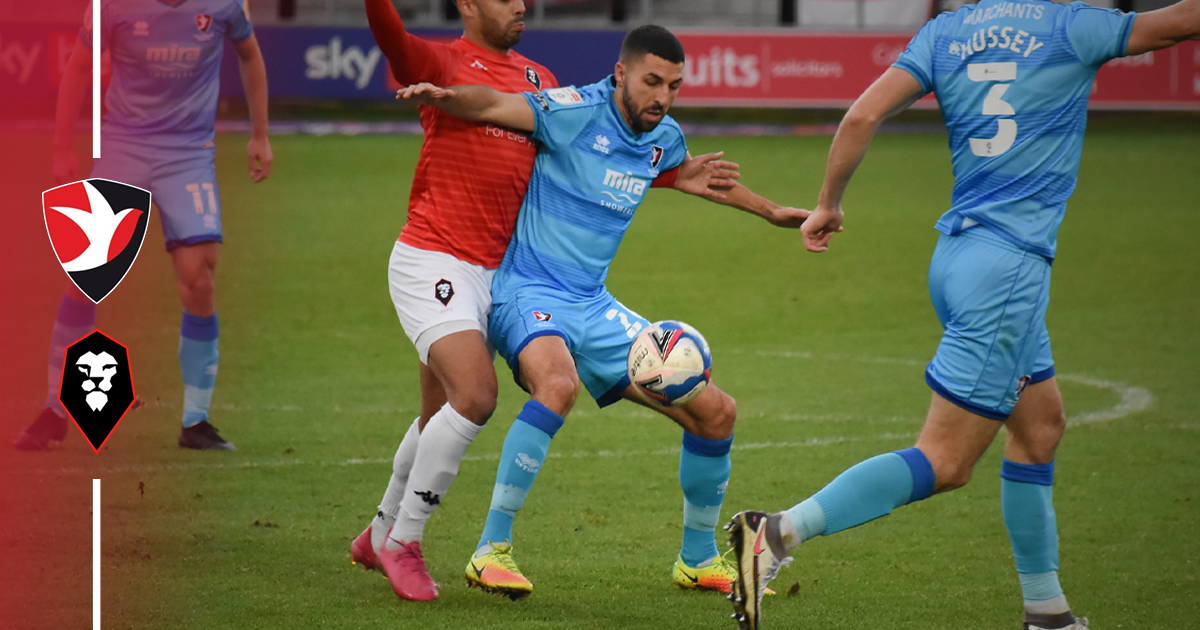 There was an was early chance for Raglan after the restart, but his dipping volley flew wide.

Lloyd was the second player to head against the bar 22 minutes from time, meeting Charlie Raglan's ball from the right with a fine header that was just a matter of a couple of inches high of the target

Next it opened up for Blair, but his strike was beaten away by Hladky and then May latched onto a brilliant ball by Chris Hussey but his effort seized over the bar.

May attempted an audacious lob ten minutes from time, but it dropped wide of the post as Andy Williams was pressed into late action (for Lloyd), but despite more late pressure failed to yield a goal the display so deserved. 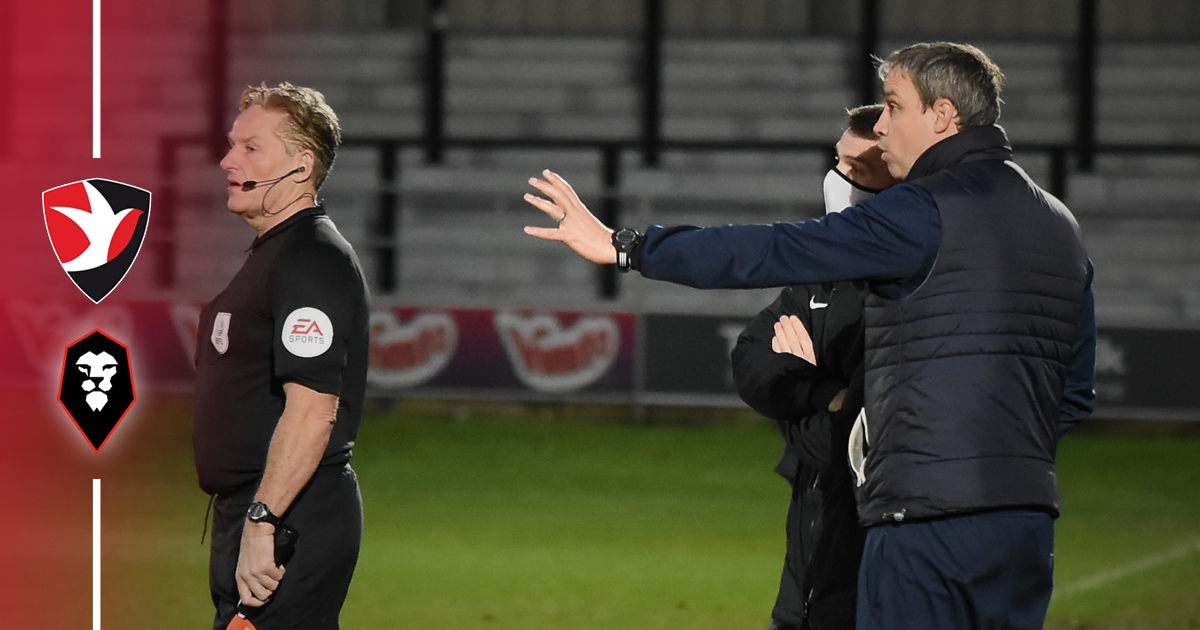