Cheltenham Town welcomed fans back to the Jonny-Rocks Stadium with a 5-3 win over fellow League Two high flyers Exeter City.

An Exeter side who have lost just twice in League Two this season travelled to Gloucestershire in excellent form having secured three consecutive wins in all competitions, bagging 13 goals in those three games.

The Grecians, who reached the play-off final last season only to lose to Northampton Town at Wembley, hadn’t lost to the Robins in seven years - with an unbeaten run against the hosts stretching over 11 games.

Exeter midfielder Archie Collins was keen to preserve their unbeaten run against the hosts as he found the back of the net within four minutes of kick off. 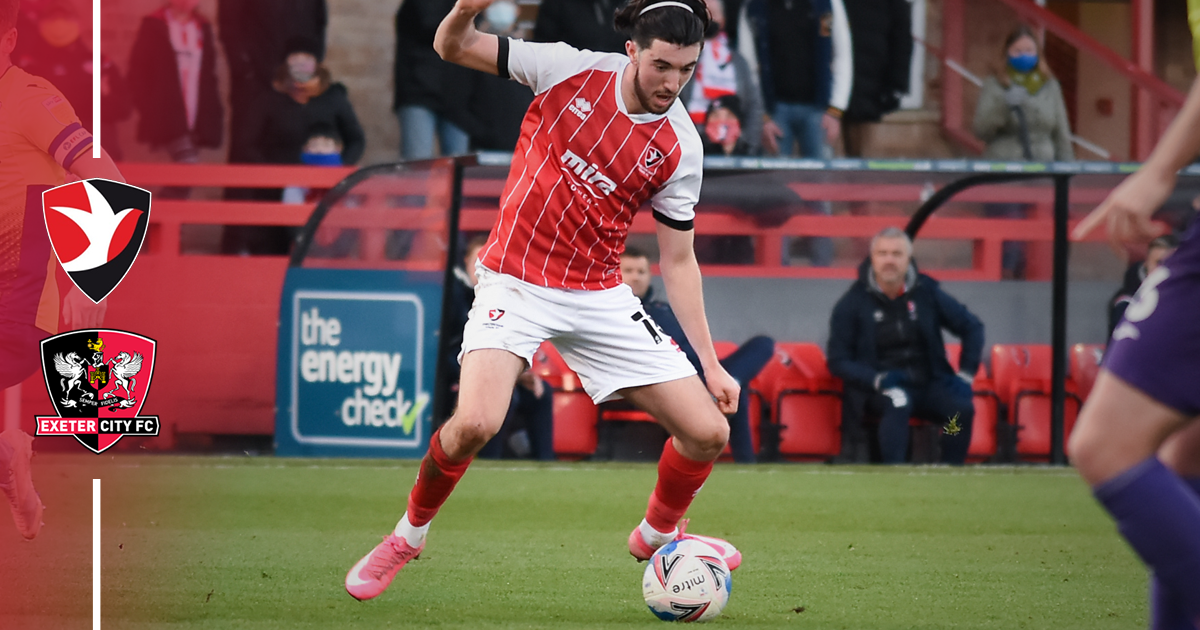 As Finn Azaz was dispossessed of the ball outside Cheltenham’s box, Collins’ drive towards Josh Griffiths' goal was deflected beyond the on loan goalkeeper to hand the visitors an early lead.

With a home backing that had been lacking at the Jonny-Rocks Stadium for 273 days, the hosts made the most of their support from the stands. An equaliser came three minutes after Michael Duff’s side fell behind, but not before Exeter goalkeeper Jonny Maxted made a fine reaction save.

After denying George Lloyd from point blank range, there was little Maxted could do in order to prevent Liam Sercombe’s effort in the seventh minute after the former Exeter man levelled proceedings.

In double-quick time, it was Alfie May who turned the game on its head with only 13 minutes on the clock at a bouncing Jonny-Rocks Stadium. The ball had fallen to the feet of Lloyd after Will Boyle had successfully contested for it in the air, though Lloyd’s resulting effort was blocked en route to goal. May was however on hand to squeeze the ball past Maxted from an acute angle as the Robins took the lead. 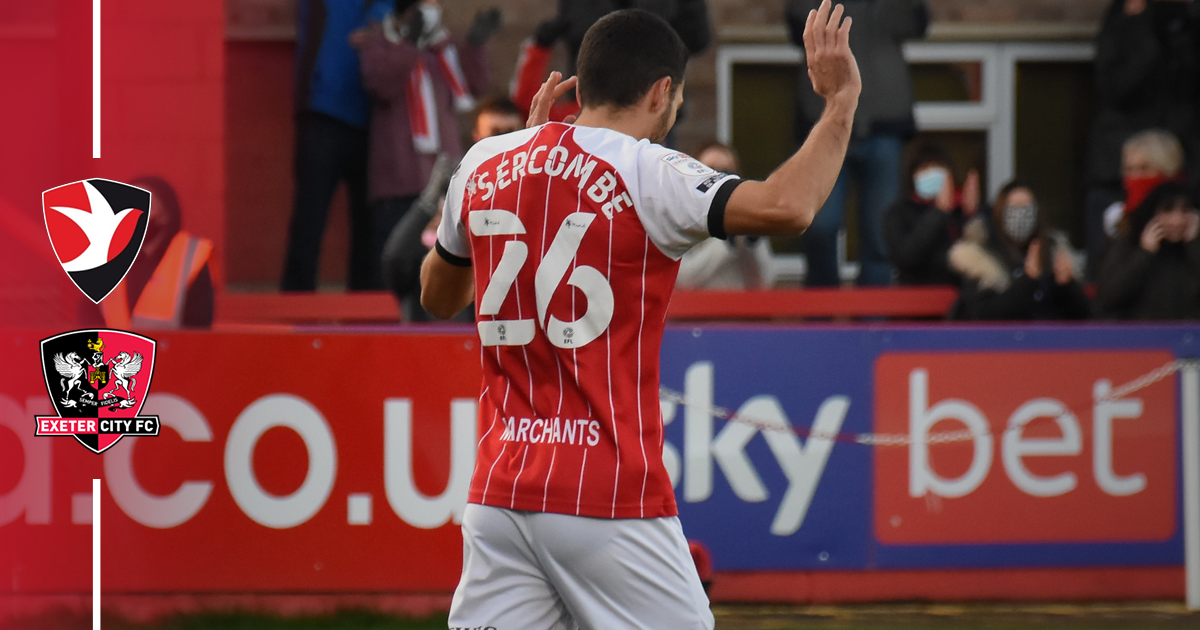 Fans at the Jonny-Rocks Stadium hadn’t seen summer signings, Sercombe, Azaz, Matty Blair or Josh Griffiths in the flesh until this afternoon. On loan midfielder Azaz caught the eye alongside Sercombe in a midfield three with Chris Clements.

Former Cheltenham defender Matt Taylor was appointed as Exeter manager in the summer of 2018, replacing long-serving boss Paul Tisdale. Taylor’s side had scored four more goals than any other League Two team after playing 15 games this season.

But after May made progress into the Exeter box in first half additional time, he found Lloyd isolated in the box. Under challenge from Pierce Sweeney, Lloyd won a penalty in the second minute of additional time, which Sercombe converted to score his third League Two goal of the campaign.

The last kick of the first half was indeed that of Sercombe’s well-taken penalty - a welcome ending to the first half for the buoyant Robins faithful. 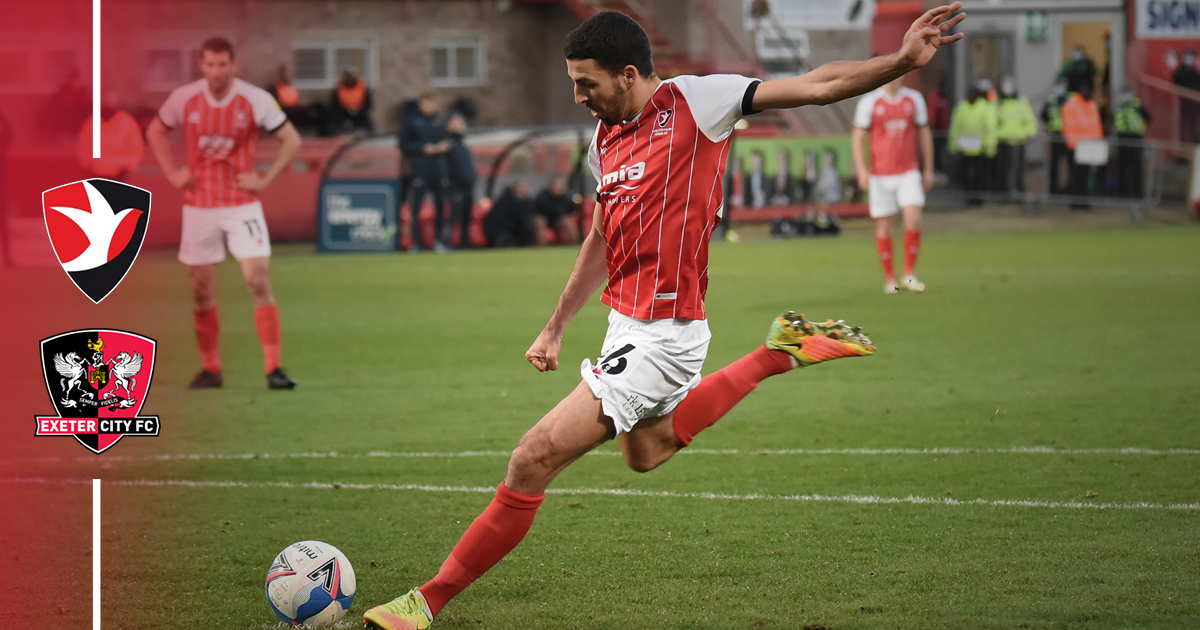 Exeter’s start to the second period had caught Cheltenham cold, with the introduction of Nicky Law particularly troubling Cheltenham’s steady defence. On the 55th minute, Law crossed towards Matt Jay to sweep past Griffiths at the far post to make the final half an hour a tense one for returning Cheltenham supporters.

Though Duff’s side were in no mood to send their fans home without all the points. Eight minutes after replacing May, Andy Williams was on cue to head in from close range after meeting Charlie Raglan’s header back across goal from Chris Hussey’s corner.

Exeter's impact substitute, Law narrowed the visitors' deficit by finishing with aplomb outside Cheltenham's box, but Duff's side would hold on thanks to a fifth goal coming from Will Boyle to maintain an excellent start to the League Two campaign.

Cheltenham will host Portsmouth on Tuesday (kick-off 19:00) in the Papa John’s Trophy Second Round. 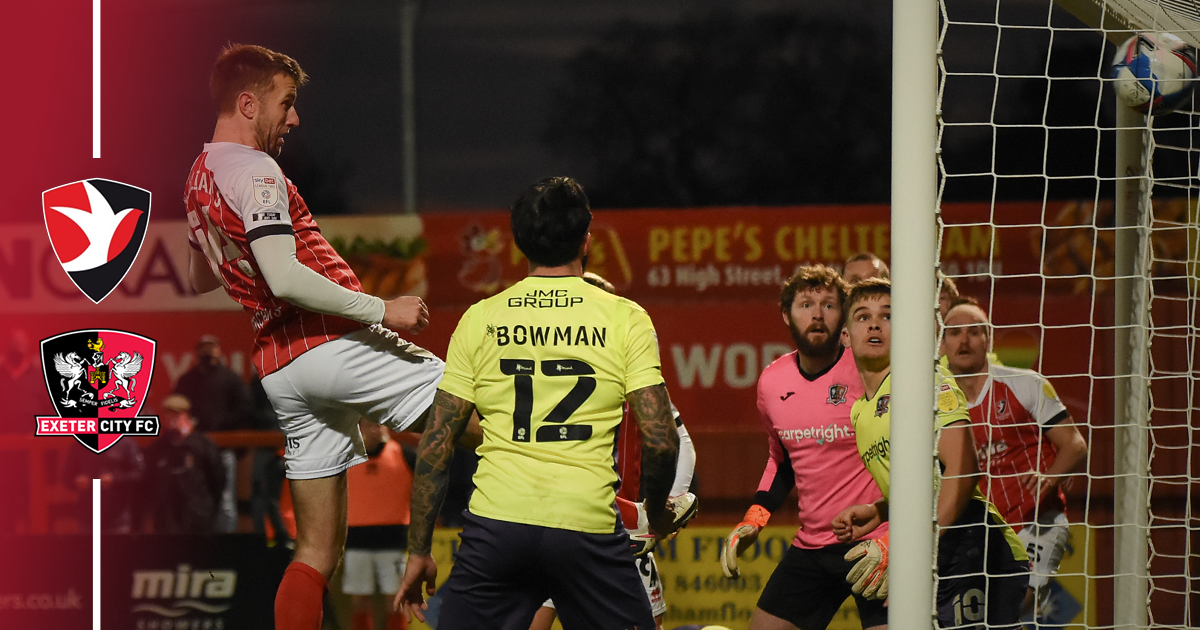