Cheltenham Town signed off from one of the most challenging years in their history with a point in Colchester.

Again they were frustrated by their profligacy in front of goal despite creating a string of chances on a freezing night at the JobServe Community Stadium.

They didn't have it all their own way and Colchester could have nicked it but they struck a post and in truth, they never really looked close to claiming the win with Josh Griffiths largely untested.

Elsewhere league leaders Carlisle United's match at Harrogate Town – our opponents in four days time – was abandoned, as was Newport County's while Forest Green Rovers were beaten by Crawley Town so this was perhaps an opportunity missed.

But the bigger picture is that Michael Duff's men finish 2020 in a creditable fourth position with the prospect of an FA Cup third round tie against Mansfield Town, teeing up a fascinating new year at the Jonny-Rocks. 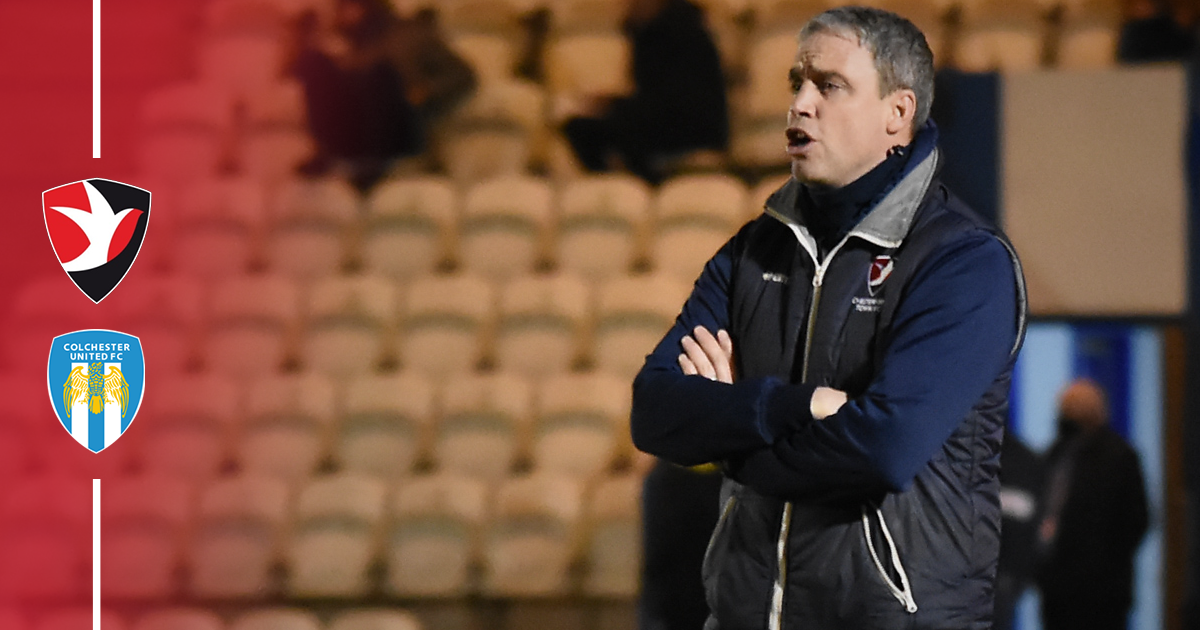 Despite the lack of goals the manager was satisfied with his side's performance after the game.

"I thought it was an excellent performance and we could have had three or four penalties to be honest," he said.

"We almost nicked it right at the end there and that chance probably summed up the game.

"It was similar to the Salford game; Colchester are also a good team so to have so much of the ball, and have so many chances was satisfying.

"There's a pressure that comes with creating so many chances but I'll take that performance every day of the week."

Duff made just one change to the side that were held by Stevenage four days ago, replacing Andy Williams with George Lloyd.

However there was an early blow when Matty Blair was withdrawn as early as the 10th minute after pulling up with an apparent hamstring injury. Tom Sang took his spot at right-wing back in a like-for-like move while the home side had to make a switch of their own midway through the opening 45 minutes when Michael Folivi limped out and Courtney Senior was pressed into action. 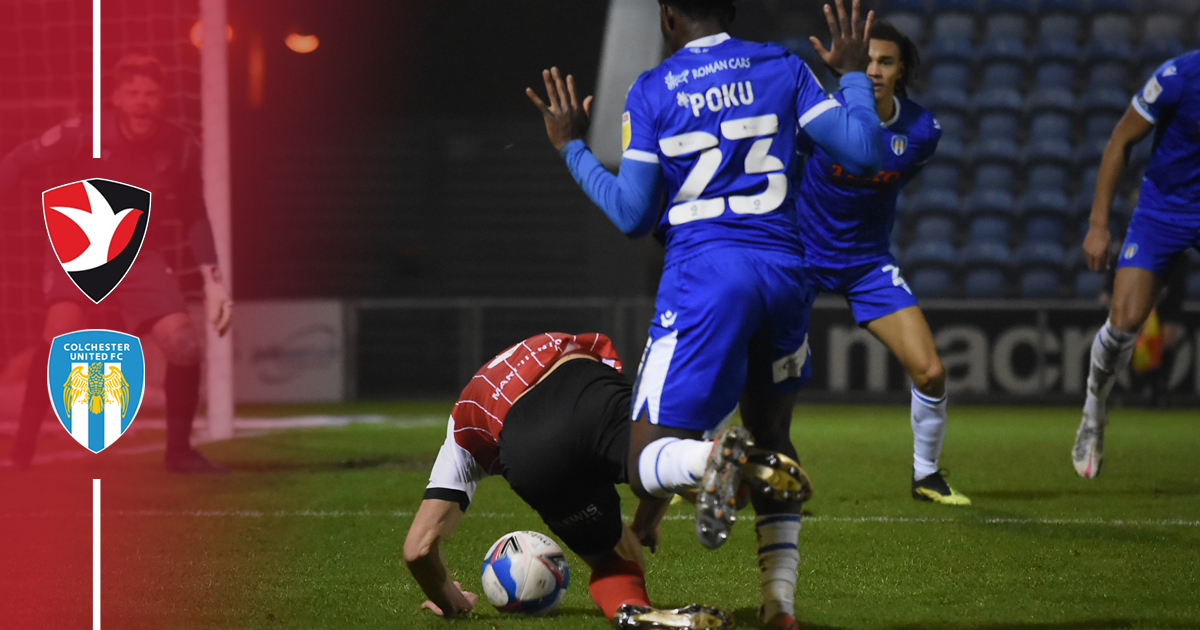 The first chance of the match fell to Noah Chilvers, who picked up a cleared corner only to watch watch his 20 yarder miss the target by a matter of inches. At the other end Lloyd went close to catching out Dean Gerken with a clever effort from an angle down the right although on this occasion, the U's number one did enough to clear the danger.

Cheltenham went on to enjoy plenty of the ball and created the lion's share of chances in the first half, forcing a couple of saves by Gerken while Alfie May had the ball in the back of the next with a lobbed effort but the assistant referee rule it out. Finn Azaz saw a header cleared on the stroke of half-time.

There were also four potential penalty shouts but the referee was not impressed and waved away the claims, much to the chagrin of Duff and his staff. 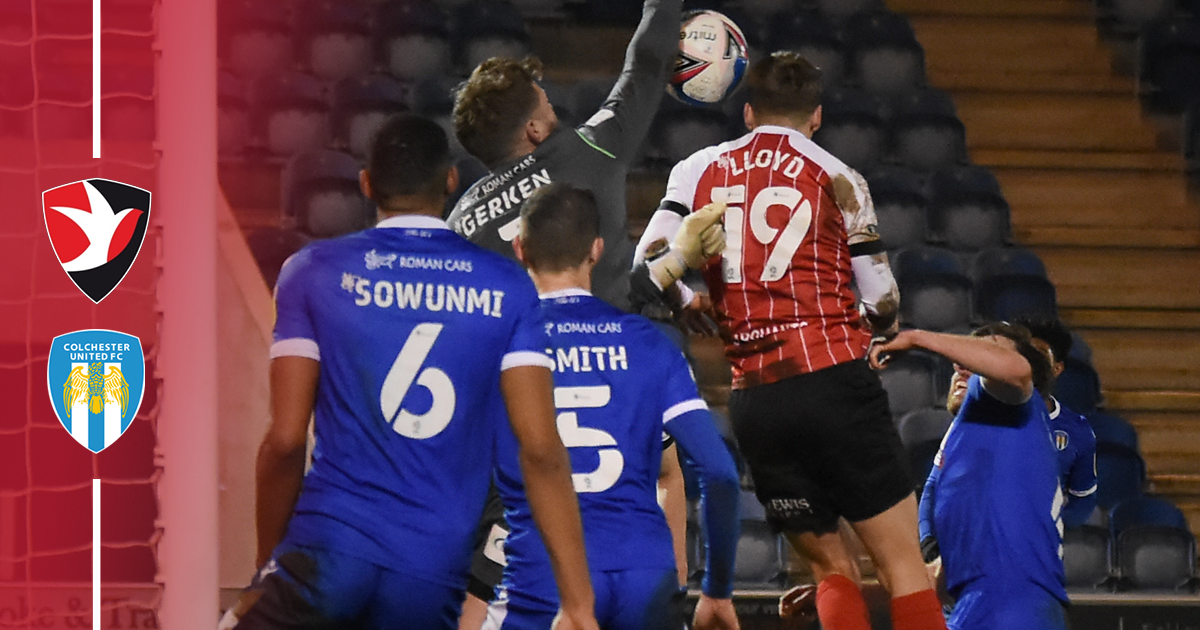 Liam Sercombe did not re-emerge for the second period after picking up an injury before the break and was replaced by Ellis Chapman in midfield, but despite the setback they continued to enjoy a lot of possession and force the home side into long periods of defending.

Cheltenham were almost caught out after 64 minutes when Kwame Pocu cut inside and rifled one in, only to watch it come back off the foot of there left upright.

Next Omar Sowunmi's downward header was cleared as the hosts began to grow into the contest but they couldn't force Griffiths into a meaningful save on the night.

Cheltenham piled on the pressure in the closing stages and Azaz forced a late save as the board went up for added on time. Hussey sent the resulting corner in and Charlie Raglan was a whisker away from snatching a win with a shot in the turn but it flashed wide of post. 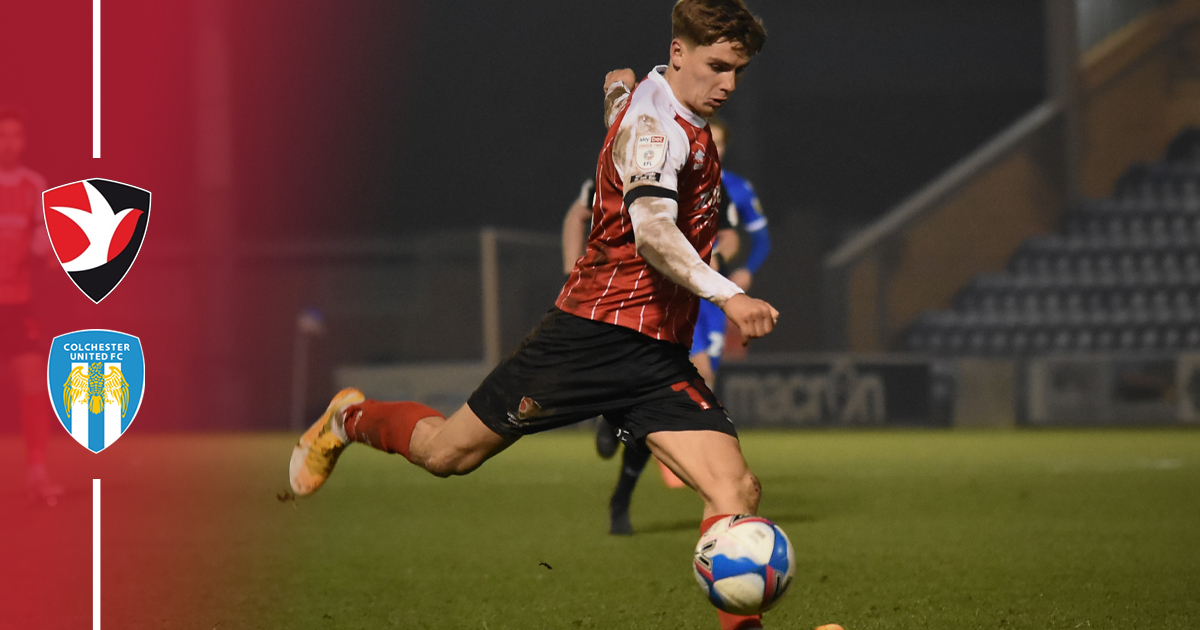