Lewis Freestone believes the Cheltenham Town changing room is the best he's been in when it comes to team spirit.

The 21-year-old defender has made ten first team appearances since arriving at the Jonny-Rocks Stadium to be a part of Michael Duff's squad.

He joined having spent last season on the books at Brighton & Hove Albion having burst onto the scene in senior football while still an under-18s player in the first team at Peterborough United.

As he looks to make an impact on this squad and in League Two the Kings Lynn born left-sider has been looking back at his career so far and how he's found making the step up back into a first team environment after featuring in the development set-up at Brighton.

You are used to it now but how did you find going from the technical side of under-23s football to the robust nature of League Two football?

It isn't actually that much of a difference. The standard is very similar. The playing style is a little bit different. The under-23s is having the ball in front of you and not much in the air. You come into League Two and you have to grind out results. The playing style is different because if you're winning a game and holding on you're not going to carry on playing out when a team is on top of you, you're going to get the ball in their half of the pitch.

You do like the physical side of defending. Did that stand out in under-23s football given how it is sometimes accused of not being like that?

I am quite an aggressive player and I like getting stuck into a tackle and I suppose it did help - that aggression showed in the under-23s football. They respected it a bit as they don't see it that often.

What have you made of your first few months at Cheltenham?

I've loved it and enjoyed every second of it. It's a great bunch of lads and I've been in a few changing rooms now but it's probably the best one in terms of all the lads getting on together. Everyone makes you feel welcome at the start and you can go and enjoy your training a lot more when you know the group is like that.

Being at the top end of League Two so far must make coming in and training all that much easier?

Of course. When you're winning and doing well like the team are at the moment everyone is happy around the place. Training is obviously a lot better and everyone is on it everyday because they know that they have to be in order to get those results and wins. That's why we're doing so well. 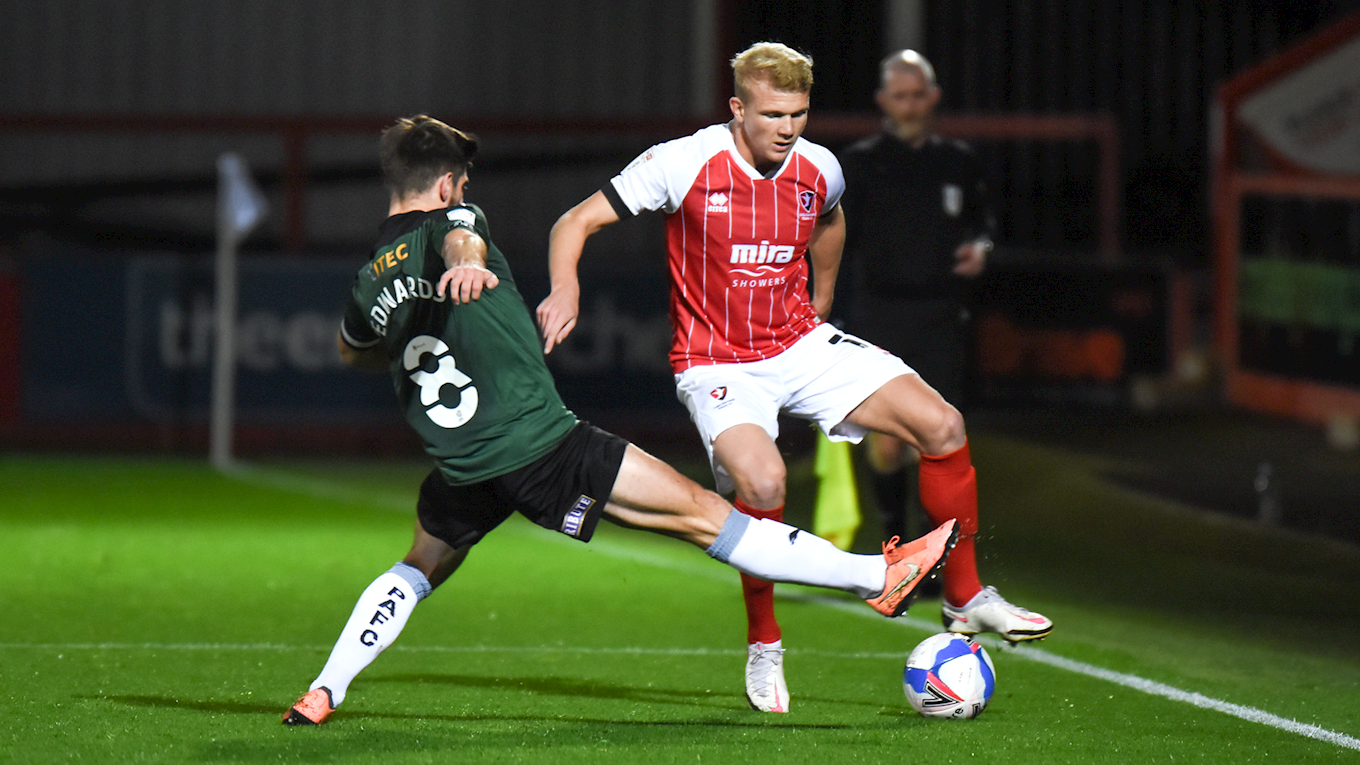 Is it nice to be part of a team that is looking to get into the next level as opposed to being at a mid-table side?

It's probably my first proper season being involved in it fully, so to be involved when the team is doing well like this is nice.

You've been around football quite a long time because you made your senior debut quite young. At Peterborough was it a big thing when you were coming through having broken into the team so young?

You don't think too much of it. When you get told that you are playing at that age you're so excited. I didn't really get too nervous because of the adrenalin. You take it as it is everyday and it's nice to be involved. You feel very privileged.

Grant McCann gave you your debut - what was it like working with him?

It was very good. He was a great manager to work under because he put the time into the younger players and he had the time for them. He helped you improve. He wouldn't just focus on what he thought was going to be the starting XI. You felt like you could knock on his door whenever and talk to him and ask what you can do to get better and get closer to the first team. He'd be willing to help you all the time.

How did you find Peterborough as a club? They are an ambitious club but have been up and down from the Championship?

I don't think it made too much of a difference for me being that young. I just wanted to go in and train my hardest everyday and hopefully when the games came be involved. If you are you play as best as you can. You don't look into it too much - you just want to play your football.

You call Kings Lynn your home. Is Peterborough one of the nearer Football League teams apart from Norwich and Ipswich?

It is probably the closest. It is a bit out of the way from everything so you don't have the fortune of going to loads of clubs on trial when you are younger. You have to stand out and hopefully get picked. 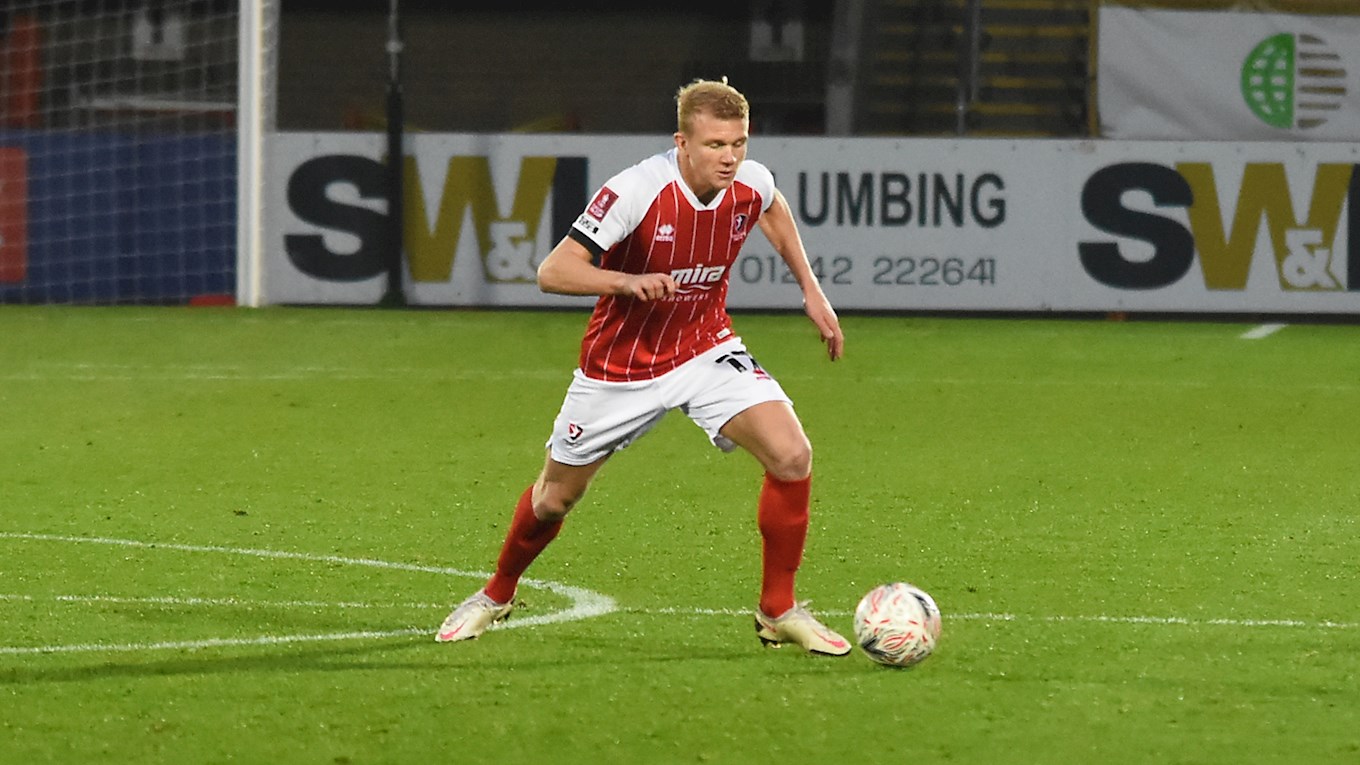 Were you always at Peterborough from a young age?

I was at Norwich when I was younger. I think I joined Peterborough at under-15s and was obviously there four seasons, and then joined Brighton.

At Peterborough you went out on loan to various different levels. How did you find that?

In fairness it is probably the best thing that happened going out on loan at such a young age and getting that experience from first team men's football that you're not going to get from youth football. It's completely different in terms of grinding out results because at the end of the day that's what matters. Sometimes younger lads don't want to go out on loan because the environment at a League club is so nice and comfortable. But at the end of the day it's all about getting that experience as it's about the future and what you're going to be like in a couple of years time. Especially at a young age you've got so much time to develop. I think that is one of the best ways to do it.

When you left Peterborough you opted to stay in a full-time environment by going to the under-23s at Brighton. How did that all come about?

I think my agent got in contact with me and said Brighton were interested so go and train for a week or so and play a couple of games. I thought what an opportunity this is to go and train at a Premier League club everyday. It went well and I was there for a year and it was probably one of the best decisions I've made. There was some of the top coaching in the country, top facilities and I think it helped me improve a lot as a player, technically, that side of the game. Hopefully now being here I can show that I'm good on the ball so it definitely helped.

How did you find from going from performance results to development football again?

It was a weird one because you go from doing whatever it takes to win to going into a situation where you have continuously be technically on it for so long. Whereas maybe before you could get away with it, for example little things like clearing the ball really far away. But then you go into that environment in the under-23s and it's about can you keep that ball and play through the press?