Nearly a year on from a bad leg injury that forced him out of action for ten months, Scott Flinders has been back in and around the first team squad at Cheltenham Town for the past three months.

The 34-year-old made an earlier than expected return in the Papa John's Trophy win over Plymouth Argyle in October and has made five appearances this season - four in cup competitions and one in the League Two victory over Carlisle United when West Bromwich Albion loanee Josh Griffiths was away on international duty with the England under-20s squad.

Though he's having to be patient on his return to fitness the former Crystal Palace, Barnsley and Hartlepool United shot-stopper is loving playing the game more than ever before with his vast experience in a career that's seen him make 500 League appearances a very useful asset in Michael Duff's squad.

When you came back into the team from injury and looked as if you hadn't been away with some great performances does that come from the amount of games you've played or because of your mental strength?

I think especially the first game, the Plymouth game, being asked to play having only trained four or five times you are probably relying on your experience of playing the game. Regards to the mindset I'd like to think I've been through every single emotion possible. I've been there and got the T-shirt. It's just honing on experiences more than anything.

Does an experienced Scott Flinders bounce back better than a younger one?

Massively. It's a massive one to have, especially as a goalie. There are so many highs and lows as a goalie and it is that bouncebackability more than anything because you are going to make mistakes, everyone will make mistakes, even the best make mistakes. But they're the best for a reason because they make the least mistakes. I feel so much better and easier in myself now with regards to being through those experiences. I've got to that stage now when I just love and enjoy playing games.

Especially as Josh who has done absolutely brilliant since he's been in. I like to feel like we're pushing each other. First and foremost I do want to be playing, I've said to the gaffer that I do want to be back playing games. But Josh has done really well. 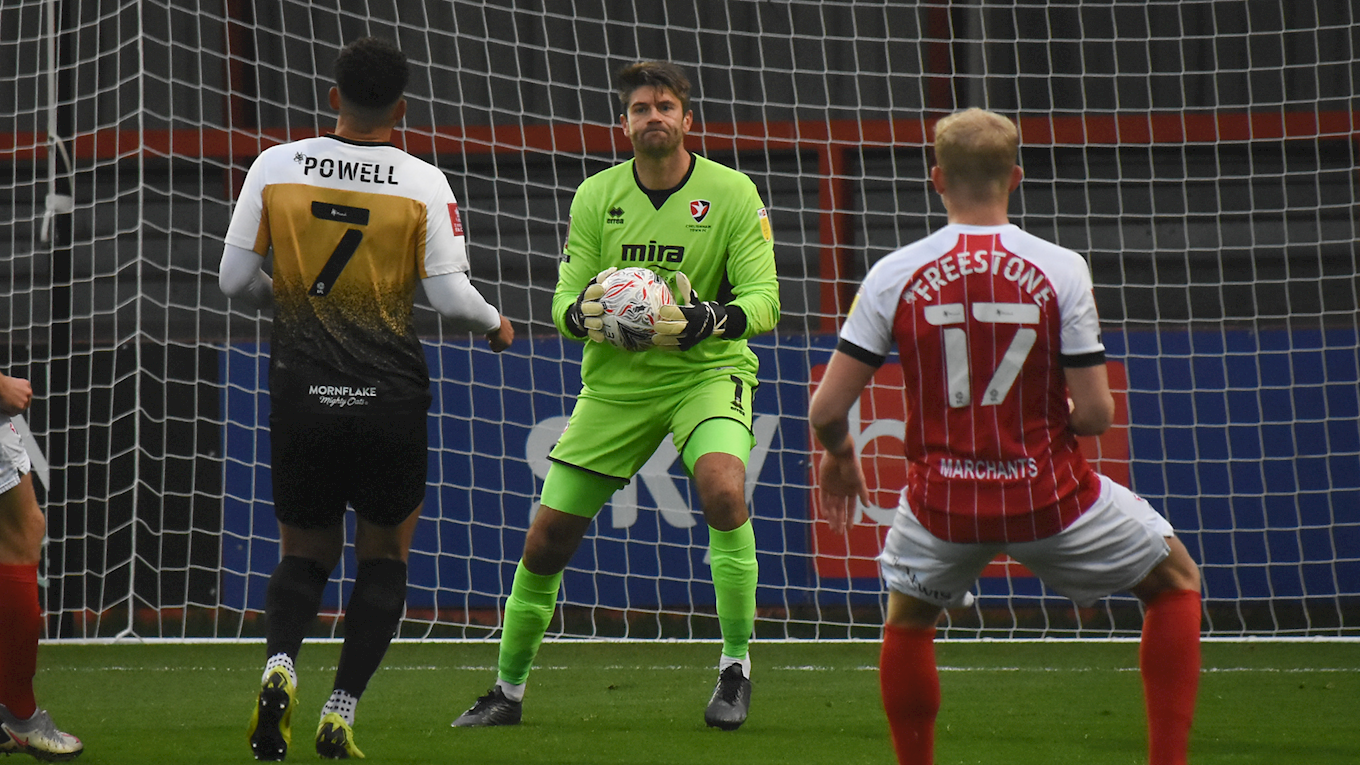 For Josh is the situation he's in now similar to what you were in? He's playing England under-20s football, you did the same, are you seeing yourself but over a decade on?

I do see comparisons with regards to more playing games at such a young age. I think Josh has a great temperament about him. I probably didn't really have that. I think that's probably being around the surroundings that he has and the guidance that he has at West Brom. He's definitely a mature head on young shoulders. He's a credit to himself really.

Does it not surprise you once again that the team is right up there in terms of League Two this season?

From the lads we've got a great team spirit - I think that gets you a long way in this game especially. Everyone is helping out each other when you're in the team or whether you're out of the team. It's that momentum of winning games and that breeds confidence. That winning mentality going into games thinking you're going to win every game you go into. We've got that in abundance at the minute, but as the gaffer says it is hard to win a game, so we just go out and do our best and hopefully the result falls the right way for us.

I had this conversation with somebody at a National League North club who I was with at York. He was renowned as a great training goalkeeper but never played games. You don't really want that tag. You make your career out of playing football matches and Josh is doing that at the minute at such a young age as well. It'll benefit in the long-term. I'm sure just looking at him these last six months he'll go on to have a really good career. To get the games in early is only going to benefit him. 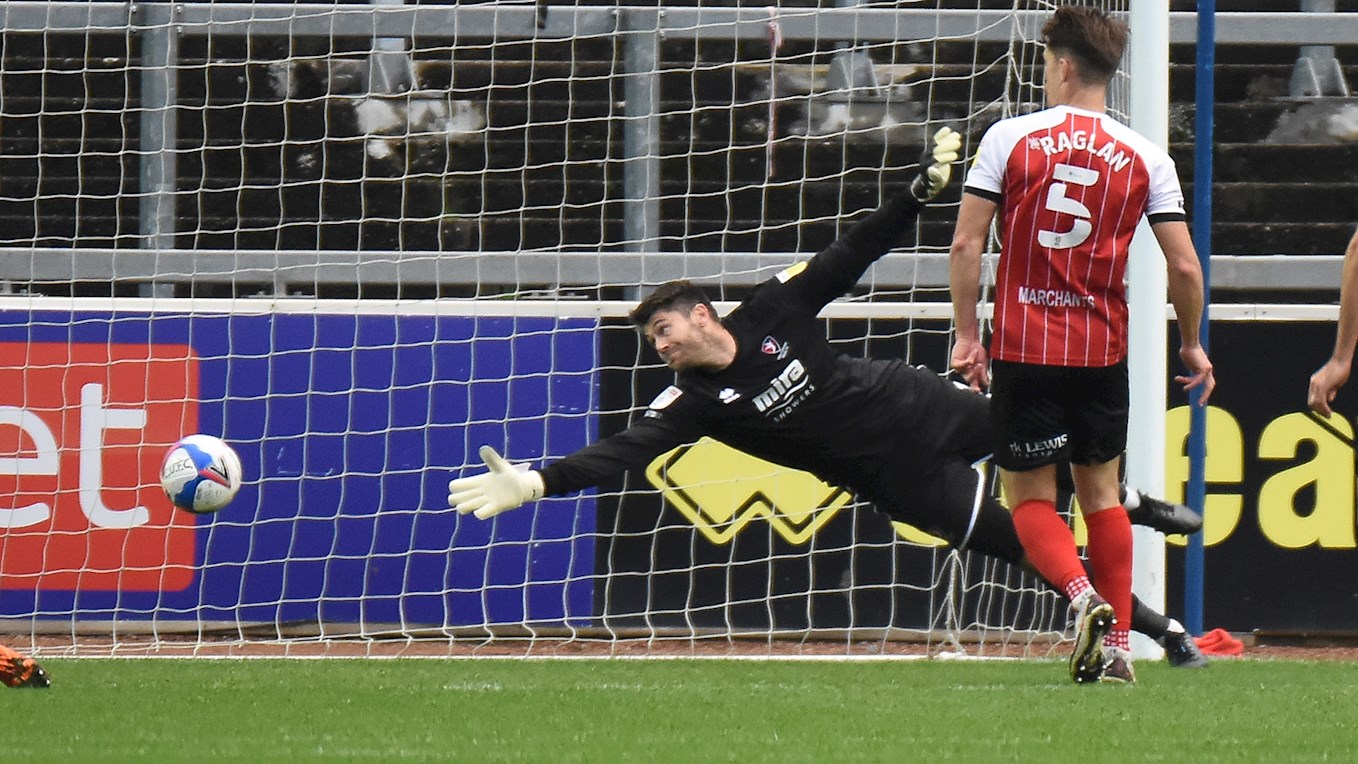 Do you find it interesting when you watch football analysis on TV and they're picking out that certain goalkeepers like Jordan Pickford aren't good enough given how specialist the position it?

It is because the people that are commentating on goalkeepers are not goalkeeping people. I think only recently people have started to do little bits - I think Rob Green is starting to do a little bit for Sky - of getting the insight of what it takes to be a top class goalkeeper. It's more throwaway comments with regards to that. It is laughable with some of the quotes you get to hear, especially about goalkeeping mistakes. Everyone jumps on the bandwagon of when a goalie makes a mistake that they know better.

You were a goalkeeper not afraid to go out on loan?

I had to. I knew I wasn't getting in the first team so the next best thing is to maybe go a league down and play games. I like to think it benefited me in the long run of going and playing. I had loan spells which was handy because I didn't have a young family then so I could upsticks and move to wherever. I look back on it as more of an unbelievable experience and experiencing different places to live. I only look back at them with fond memories.

What was it like for your lifestyle going from Yeovil to Blackpool to Falkirk?

A lot of packing suitcases! It was hard and I look back and maybe whether I made the right decisions, but you just want to play football matches at the end of the day. You go wherever the football takes you. I think I treated it more as a life experience than a football experience sometimes. I encourage anyone to go and play football games more than anything. You get judged on playing games.