Cheltenham Town Football Club has joined many people within the local sporting community to mourn the loss of Gordon 'Jasper' Cook, who passed away this morning.

Jasper was nothing short of a legendary figure in local football, whose lifelong contribution to clubs, leagues and organisations would take a long time to list in full.

His involvement with Cheltenham Town included a spell as manager of the youth team in the 1970s, when a talented group of local youngsters took Coventry City to an FA Youth Cup replay in 1978, and a number of years as commercial manager during the 1990s when the club rose through the leagues under the management of Steve Cotterill.

A former pupil of Cheltenham Grammar School, Jasper did his National Service in the Army and played football as a goalkeeper at local level but it was as an organiser and administrator that his abilities really came to the fore.

He was involved with St Marks CA football club and the community centre at which it was based for many years, particularly during their glory years of the 1960s and 70s.

Jasper also served the Cheltenham League, Cheltenham Youth League, Gloucestershire FA and many people will also have known him through the town's twinning association with Göttingen in Germany. Generations of Cheltenham children travelled to the town in Lower Saxony on exchange visits with Jasper organising the football matches. In later years following his retirement he remained active in the twinning association and was the organiser behind Cheltenham Town's pre-season tours to Germany during the early 2000s.

Cheltenham Town Director and Club Secretary Paul Godfrey commented: "This is a very sad day for everyone who knew Jasper Cook.

"The word 'legend' gets banded about a lot but it's absolutely true in his case.

"He went to school with my Dad and they ran St Marks for many years. Those are my first ever football memories - of Jasper getting me to take the collection box round at half-time aged about five.

"He was a one-off, who absolutely loved football and would get involved in anything to do with the game with great enthusiasm.

"But more than that he was a great character - his willingness to help others, his sense of humour and strong sense of values - all delivered with that unique booming voice - made him hugely respected.

"It's ironic that although he had no children of his own, he was like a father figure to many local footballers and he will be missed terribly.

“From my point of view I’ll always remember those early years with St Marks that started me off with my own love of football and the tours to Göttingen with Cheltenham Town. It’s no coincidence that we usually had a pretty good season following those tours – the team bonding and sense of fun was infectious.

"Jasper continued to support The Robins right up until the cessation of football fixtures during March and we can only hope that some way can be found to pay a proper tribute to him once the coronavirus crisis has finally eased."

Our thoughts and prayers are with Jasper's family and great many friends at this sad time. 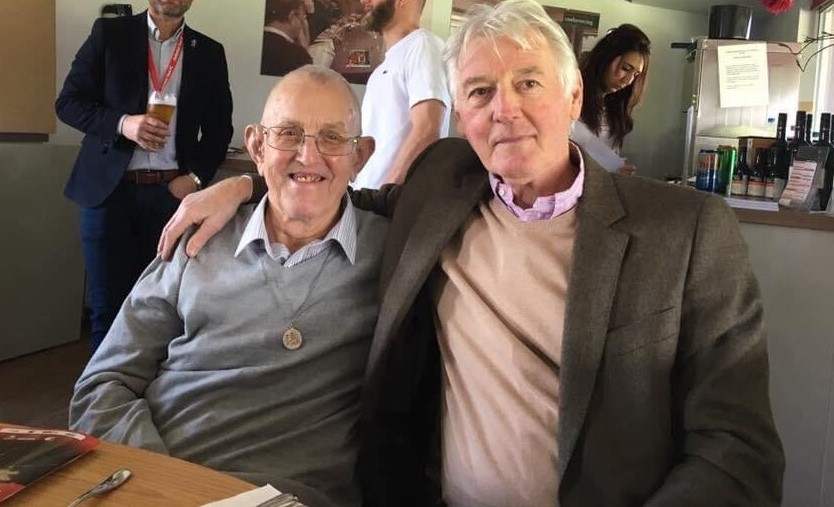