Cheltenham Town won again at the Jonny-Rocks Stadium to continue their strong start in Sky Bet League Two, beating Stevenage 4-2 in a ding-dong battle on Saturday.

Gavin Reilly gave Cheltenham a half-time lead but the away side controlled the second half and Danny Newton equalised early on after half time.

Sean Long grabbed a first Cheltenham goal but the Robins were pegged back a second time with Newton’s deflected hit, an inspired substitute.

Ryan Broom popped up with another goal late on before his great pass set up Alex Addai to score off the bench, sending the fans home happy.

Michael Duff made two changes to a Cheltenham side who suffered late heartache at Crawley in their last league match, with George Lloyd and Jake Doyle-Hayes dropping out.

Luke Varney takes the place of Lloyd in attack, while Conor Thomas came into the midfield in place of Doyle-Hayes who had joined up with the Republic of Ireland Under-21 squad.

The opening goal came in the 22nd minute courtesy of a powerful Reilly finish, after  Varney had cleverly flicked on a clearance from Scott Flinders.

Reilly showed great skill to weave his way past Adam El Abd before riddling home with his left foot as he was about to lose his footing.

The striker almost grabbed a second in similar fashion. Ben Tozer hit a defence-splitting ball over the top and Reilly’s perfect chested touch enabled him to shoot but it was saved by Paul Farman before the follow-up shot was blocked on the line.

Five minutes before the break Varney had the ball in the back of the net only for the linesman’s flag to deny Cheltenham. Broom unleashed a stinging shot from range which was spilled by Farman but the veteran striker was offside.

In first half stoppage time Kelland Watts came close for Stevenage to finding an equaliser when his back-post header sailed just over the bar. 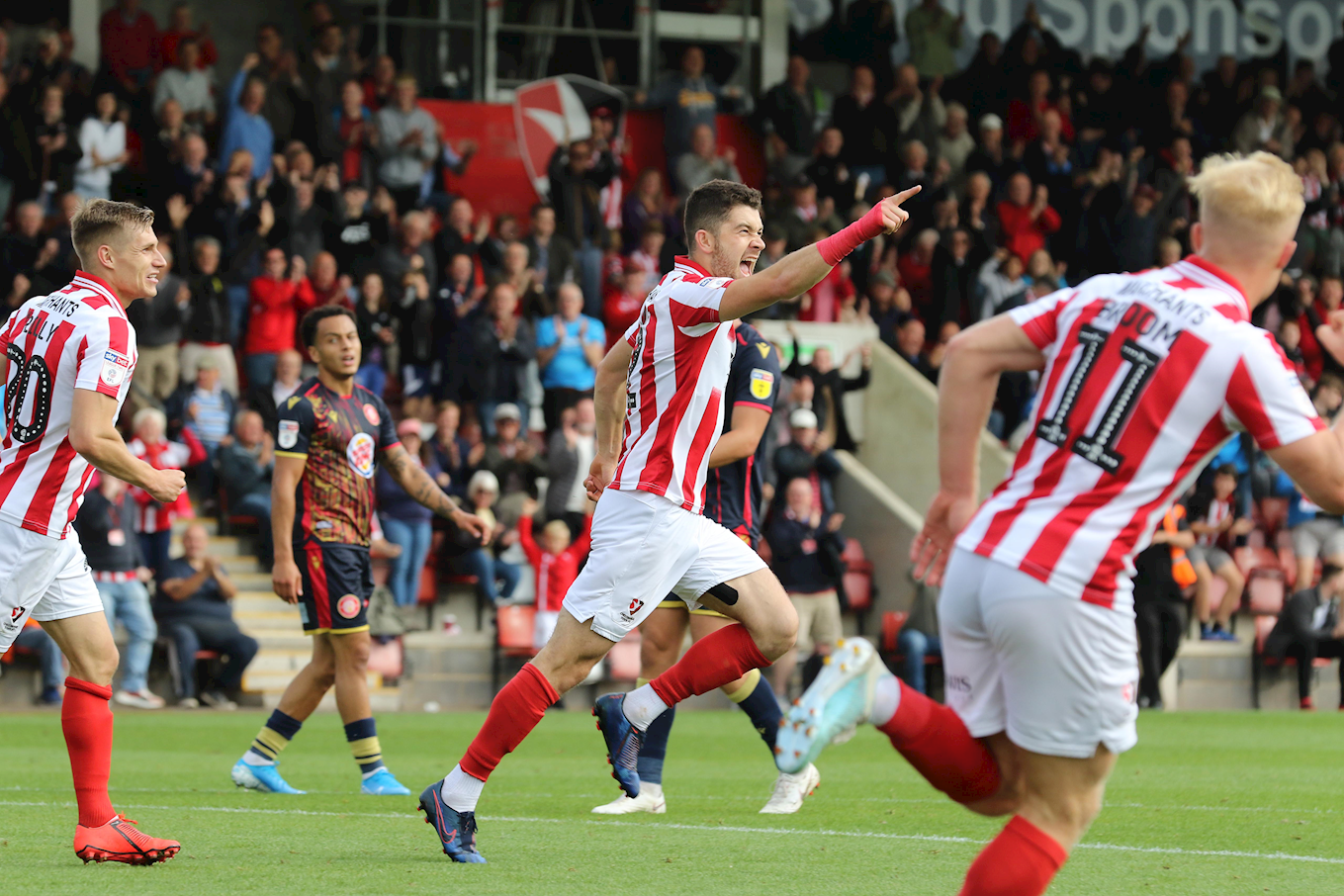 In just the third minute of the second half, Stevenage grabbed an equaliser. Newton stooped to get his head on the end of a looping cross into the area, guiding the ball into the far corner just moments after coming off the bench.

Cheltenham should’ve gone ahead once more after a fantastic long pass from Hussey released Reilly, whose cross found Varney at the back stick with the freedom of the penalty box, but he scuffed his shot into the ground and somehow missed the target from a few yards.

It wouldn’t matter though as minutes later Long popped up at the back post to drill Broom’s cross home. The Welsh midfielder was found with a brilliant ball by Chris Clements, and then found Long who scored his first goal for the club.

Ben Kennedy was looking dangerous out on the right flank for the visitors as they looked to respond, and a curling cross with his left boot found that of Chris Stokes six yards out but he smashed a volley over the bar.

Newton got a second equaliser in the 72nd minute, turning outside the area before shooting past Flinders via a Tozer deflection.

But with ten minutes remaining, Broom got on the end of Hussey’s cross to lift it into the roof of the net and send the home fans into raptures.

On 90 minutes, he put a great through ball onto sub Addai who raced clear and finished well to secure the points.