Cheltenham Town made it back-to-back away wins and four straight victories with a fantastic away performance at Plymouth Argyle.

Luke Varney's first half header and a late deflected strike from Ryan Broom saw Michael Duff's men continue their stunning form in front of a crowd of just under 9,000 at Home Park.

Once again the same starting XI guaranteed consistency as the Robins also made it two away clean sheets in a row.

A lively opening saw Chris Hussey clip the top of the crossbar after just two minutes. His lifted effort from a wide angle followed Varney almost getting in when presented with a good early chance.

The home side found their feet and began a number of dangerous attacks. Firstly Dom Telford burst through and forced Scott Flinders into a save and Danny Mayor then saw Ben Tozer's block deny him the chance to squeeze in a shot at the near post.

Tozer made another great stop when Callum McFadzean flew down the left, while George Cooper's free kick was confidently stopped by Flinders ten minutes before the break.

It was five minutes before the half time interval though that Cheltenham scored the games first goal against the run of play.

Charlie Raglan's lay-off to Sean Long saw the Irishman drive a teasing cross into the box that Varney expertly headed in at the back post. 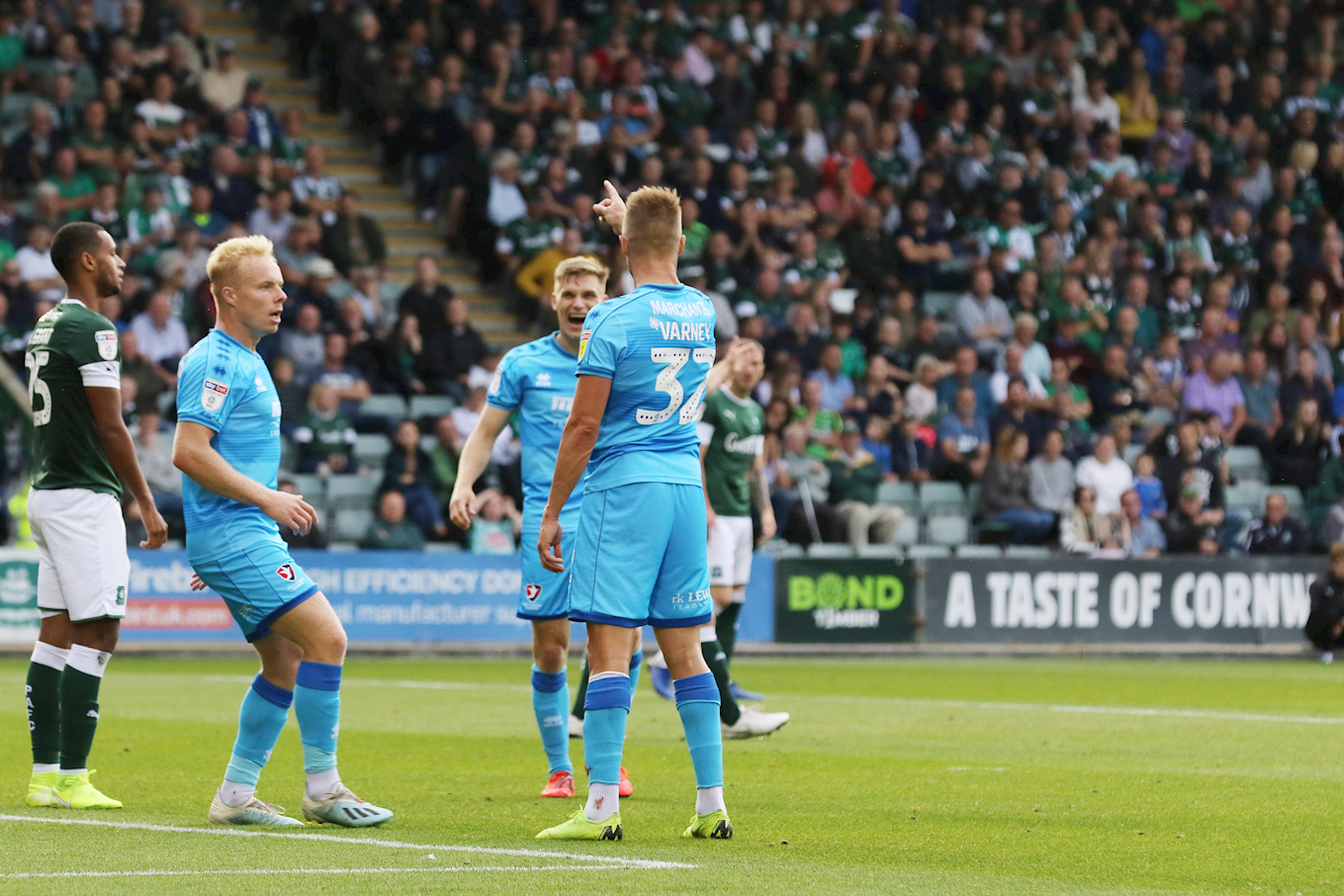 Argyle thought they'd equalised on 45 minutes when Will Aimson headed in a Cooper corner, however referee Scott Oldham ruled the goal out for a foul in the box.

After the break Antoni Sarcevic and Mayor produced shots on the Robins goal that provided little threat, while for the second time in the afternoon Cheltenham hit the bar. Hussey's cross from the left reached Gavin Reilly and the striker headed onto the woodwork.

Just before the hour mark Flinders reacted well to make a good save with his legs from McFadzean after Mayor had teed him up, while the latter fired an effort across goal shortly after as they continued their search for a leveller.

The early second half pressure that had been applied by the hosts cooled, and it was in fact Cheltenham who had the next big chance as Conor Thomas picked out Varney with a pass, only for him to drag a shot wide.

Plymouth changed their shape in an attempt to find a way through but were scuppered by a resolute Robins who defended well and earned their reward in stoppage time.

Jacob Greaves winning tackle in the middle of the park set substitute Alex Addai clear, and after he had exchanged passes with Jonte Smith he found Broom, who via a heavy deflection doubled the lead and capped a perfect away performance.