Cheltenham Town go in search of a 14th straight unbeaten home outing on Saturday when Stevenage are the visitors (kick-off: 3pm).

With an unbeaten run stretching all the way back to January, confidence is high at the Jonny-Rocks Stadium, although this weekend's opponents have the potential to unravel that.

The Robins have failed to beat Stevenage in any of the club's last nine League Two meetings, with the only Football League win coming almost exactly a year to the day nine years ago.

Saturday's opponents haven't enjoyed the greatest start to the season though. They'll be desperate to rectify that on Saturday but with Michael Duff's men also eager to keep the home run going it will make for a full blooded encounter.

Buy your tickets for the game online here or from the turnstiles on matchday.

There are likely to be a number of changes from the young side that lined up at Exeter in the Leasing.com Trophy on Tuesday.

Midfield man Jake Doyle-Hayes will miss the game because of international commitments with the Republic of Ireland under-21 side.

It's too soon for Will Boyle to return, while Reuben Reid is definitely out. Max Sheaf is edging closer to fitness.

Last season Dino Maamria's men came tenth in League Two, but they've had a slower start to this campaign than they would have had planned, and after six games they currently sit second from bottom.

It's still early days for the Lamex Stadium outfit but they will be keen to add more points to their total soon.

With a squad featuring League Two and higher level experience in all departments, they'll feel confident that a turn of form is just around the corner.

They've bolstered their ranks with the signing of two experienced players in the build up to this weekend's match. Craig Mackail-Smith has come in on loan from Wycombe Wanderers, while defender Adam El Abd has signed on a free transfer. 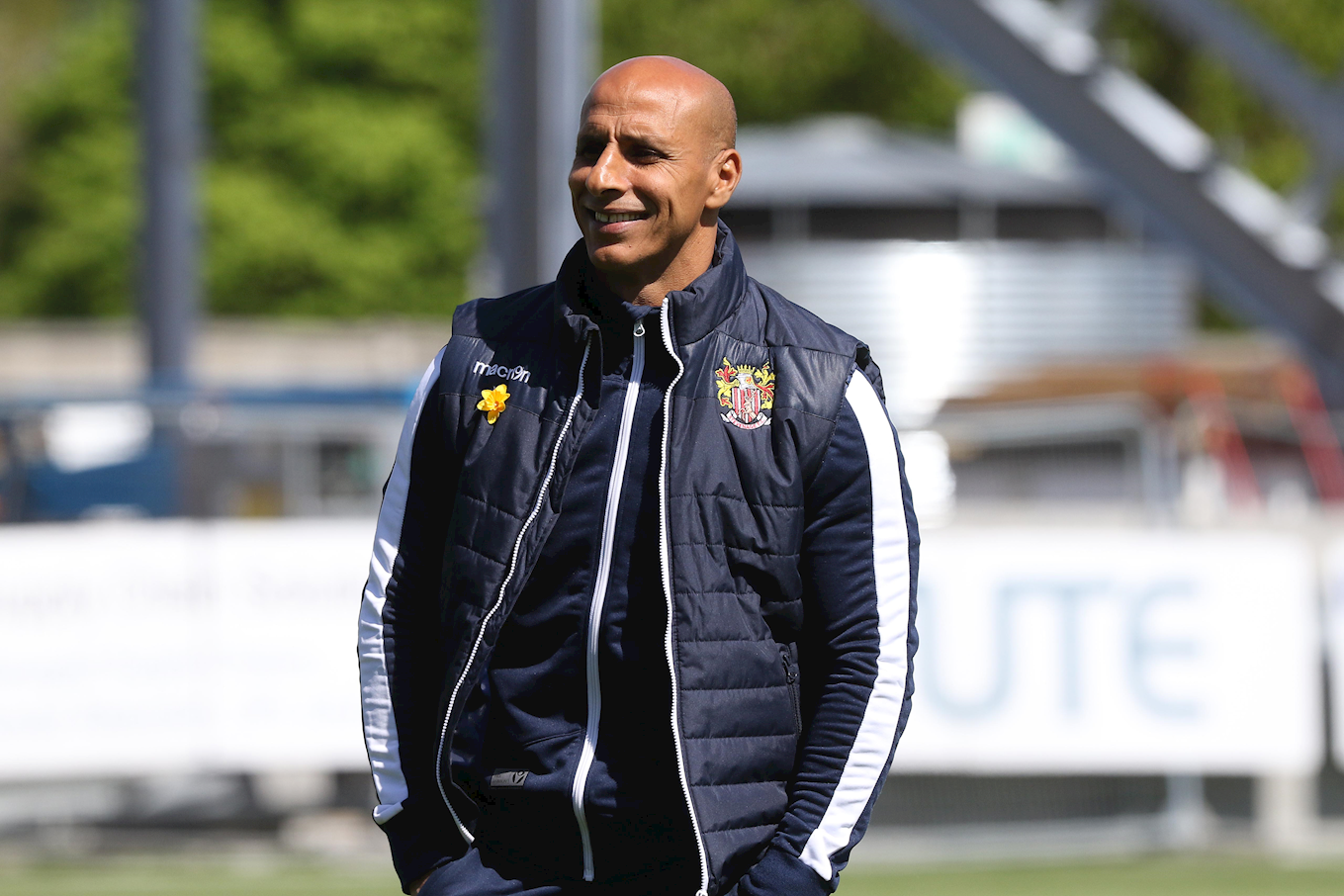 Their arrival in the Stevenage squad follows the earlier signing of Elliott List from Gillingham who has signed for an undisclosed fee.

They've also recruited from non-league, bringing in striker Jason Cowley after a rich goal scoring spell at Bromsgrove Sporting, and midfielder Charlie Carter who was in the National League last season with Chesterfield.

Manager Maamria (pictured) is a former Stevenage player who has also had a spell as an assistant manager at the club in the past. Appointed in March 2018, he has also managed in non-league at Nuneaton Town, Southport and Northwich Victoria.

Cheltenham will be aiming to stop the rot when it comes to previous fixtures with Stevenage.

Heading into this weekend's game Boro have claimed victory in the teams last five clashes, and in the four games before that Stevenage have won three of them with the Robins having drawn only one of them. 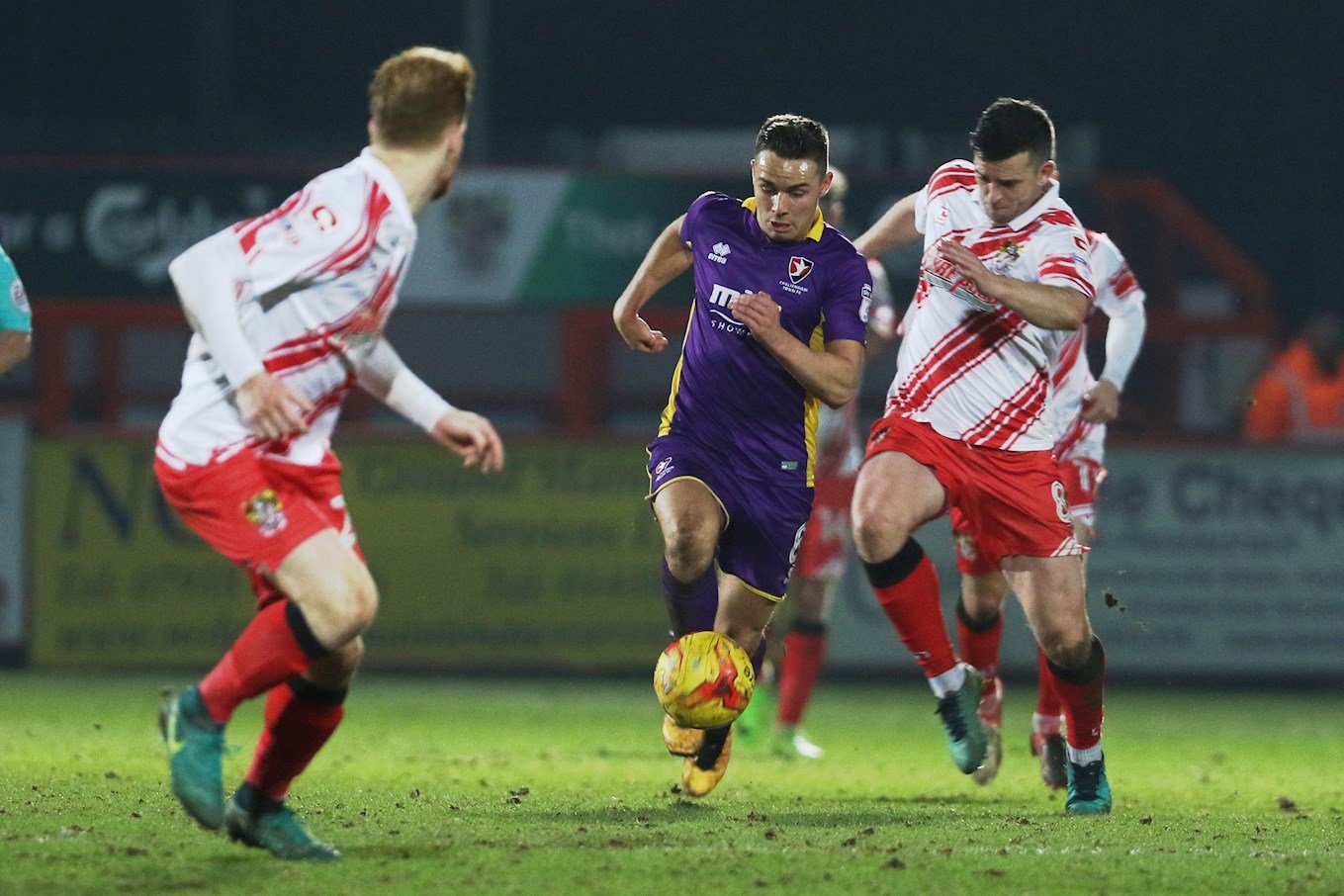 In fact you have to go back to 11 September 2010 for the last and only time Cheltenham have defeated Stevenage in the Football League.

That day a Wes Thomas second half goal was enough to seal a 1-0 win. Interestingly the referee on that day, Carl Boyeson, will also be the official who takes charge of Saturday's encounter.

Buy tickets for Saturday's match online here. They are also available to buy on the day at the turnstiles.

The ticket office will be open before the match for fans wanting to buy tickets for upcoming home matches plus the away trip to Salford City on Saturday 14 September.

The club shop is open from 12pm for fans wanting to buy merchandise.

Pick up a copy of the club's official match programme from around the stadium on Saturday, including from the club shop. 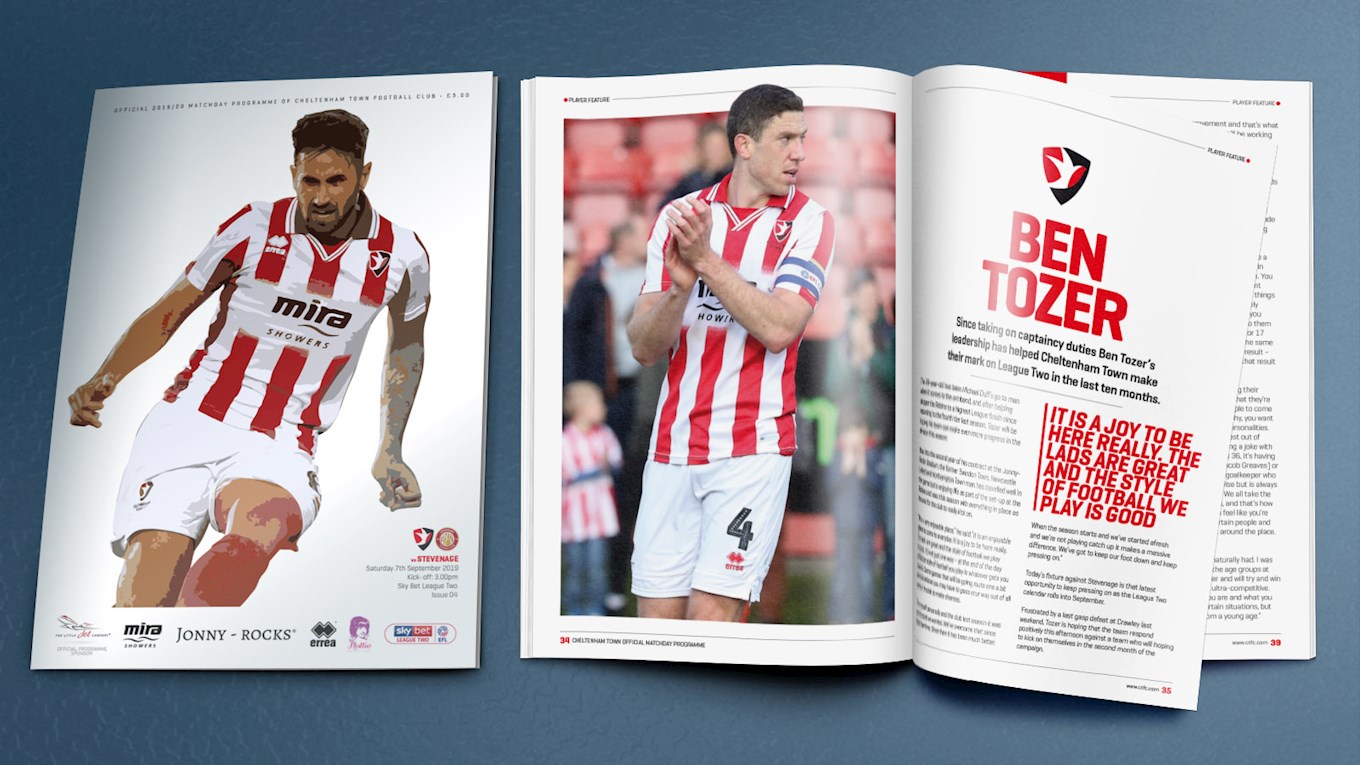 There are also special features involving Luke Varney and Charlie Raglan, as well as more from the Ladies, Community team, a look back at previous events on this day, opposition preview and much more.

The programme costs £3 to buy and can also be bought online for delivery on the online shop.

Follow @CTFCofficial on Twitter for updates and team news. You can also check out goal updates and half and full time score updates on the club's Facebook page.

Visit the club website after the match to read the report and to watch reaction from boss Michael Duff.