The Robins make the short trip to Slimbridge this evening in the first round of the Gloucestershire Senior Cup (kick-off: 7.45pm).

It's a rematch from a quarter final tie last season that saw the Southern League side come out on top following a penalty shootout victory at the Jonny-Rocks Stadium.

A team that includes a mixture of first team and under-18s scholars will be in action this evening.

Slimbridge were without a game at the weekend after they were previously knocked out of the FA Cup by Burnham, so they'll have fresh legs heading into tonight's contest.

The Swans operate in the Bet Victor Southern League Division One South at the eighth tier of the English game and four levels below Cheltenham.

They are managed by Lee Driver-Dickerson who took over from previous boss Freddy Ward in the summer of 2018.

His team includes Ioan Richards and Tom Handley who are both at Thornhill Park on a dual-registration deal with Gloucester City. The pair were both second year scholars at Cheltenham last season.

Speedy youngster Adam Bloomfield is a threat up top, while summer arrival Sol Wanjua-Smith has shown a lot of promise since stepping up from Toolstation Western Premier Division Cribbs.

Skipper Dean Turner provides energy in the middle of the park, while the arrival of former Evesham United wide man Tyrone Tucker-Dixon will add to their attack going forward.

So far this season they've collected three points from four games and sit 16th in a 20 team division.

It was last January when the two sides last met in the same competition. This time the game was at the Jonny-Rocks Stadium and the Swans came out on top, winning 4-2 on penalties.

The Swans went ahead when ex-Cheltenham Saracens man Jamie Martin opened the scoring.

Ahead for much of the night, a Billy Waters brace turned the game on its head right at the end, with the new loan arrival from Northampton playing to gain much needed match fitness on his return to the club. 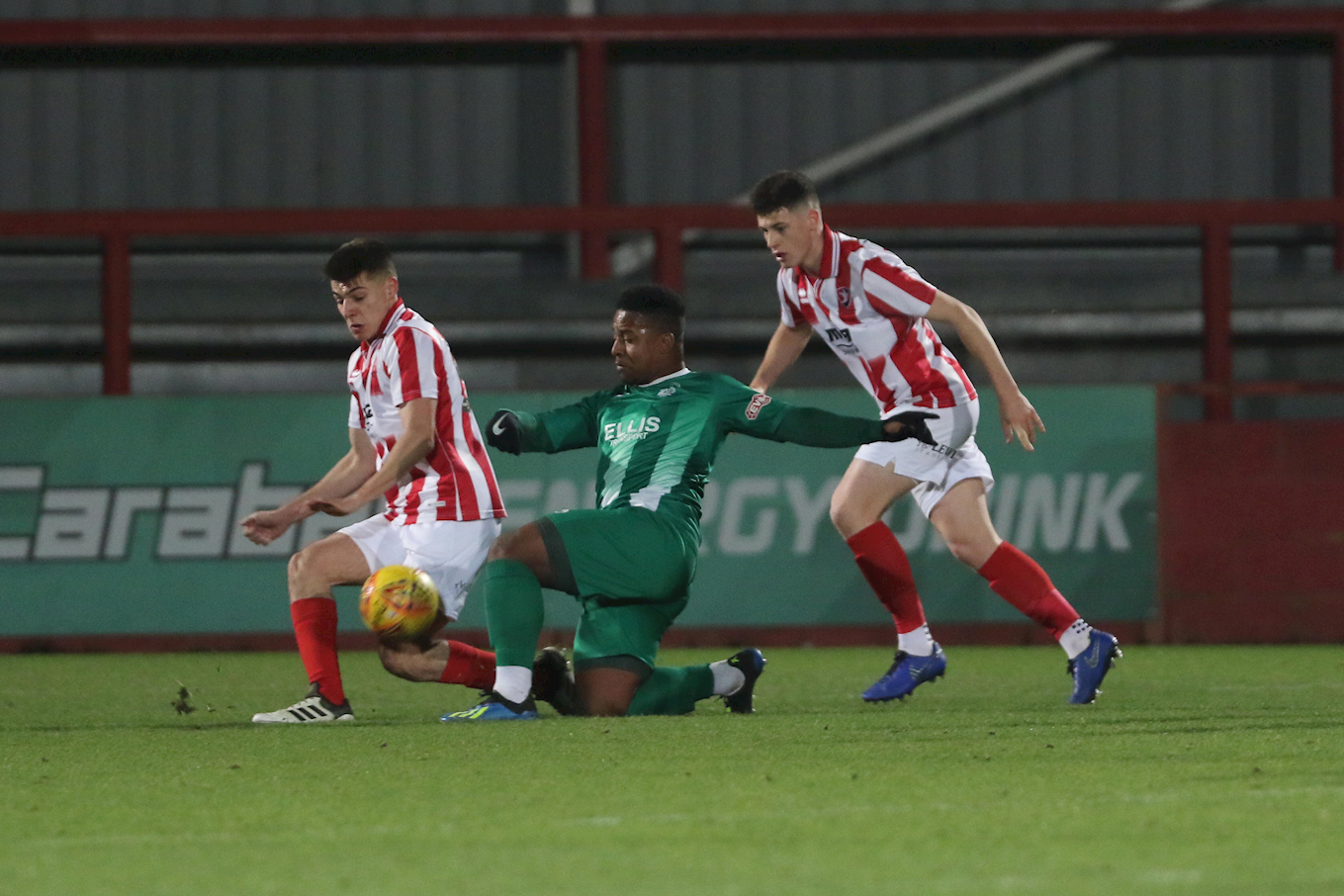 When it looked as though the Robins would be heading for the semi-finals, Steve Jackson popped up with a last gasp header from a Martin cross.

The late equaliser took the game to penalties, and Danny King hammered in the winning spot kick to help the Swans to a notable Senior Cup win.

Pay on the turnstiles at tonight's game. Prices are:

Adults £5
Concessions £3
Under 16s Free with a paying adult

There is free car parking on site.

Follow the game tonight on social media by checking out @CTFCofficial for updates. Post-match you'll be able to visit the club website to read a match report and hear from the management.