The game is the first of three group matches for the Robins in this year's competition.

Last season Michael Duff's side reached round three of the previously named Checkatrade Trophy. It was a competition that played a big part in building the impetus that saw the Robins progress to secure their highest league finish since returning to the Football League.

Exeter will provide a difficult first opposition but it's a good chance to make a positive start to the group stages.

Jake Doyle-Hayes is unavailable because of international commitments with the Republic of Ireland under-21 team.

He will miss the game alongside Rohan Ince, Luke Varney and Reuben Reid who won't line up against his old employers.

Exeter have made a strong start to the new League Two season and after six matches they sit top of the division.

It follows another win on Saturday when they picked up three points with a 1-0 success over Mansfield Town.

They are unbeaten at home so far and are managed by former Cheltenham defender Matt Taylor.

Their squad features two familiar faces from last season. Midfield men Nigel Atangana and Jordan Tillson both lined up for the Robins last term. Atangana is unlikely to feature as he's still returning from an achilles injury, while Tillson, who spent the second half of last season on loan, could be involved. 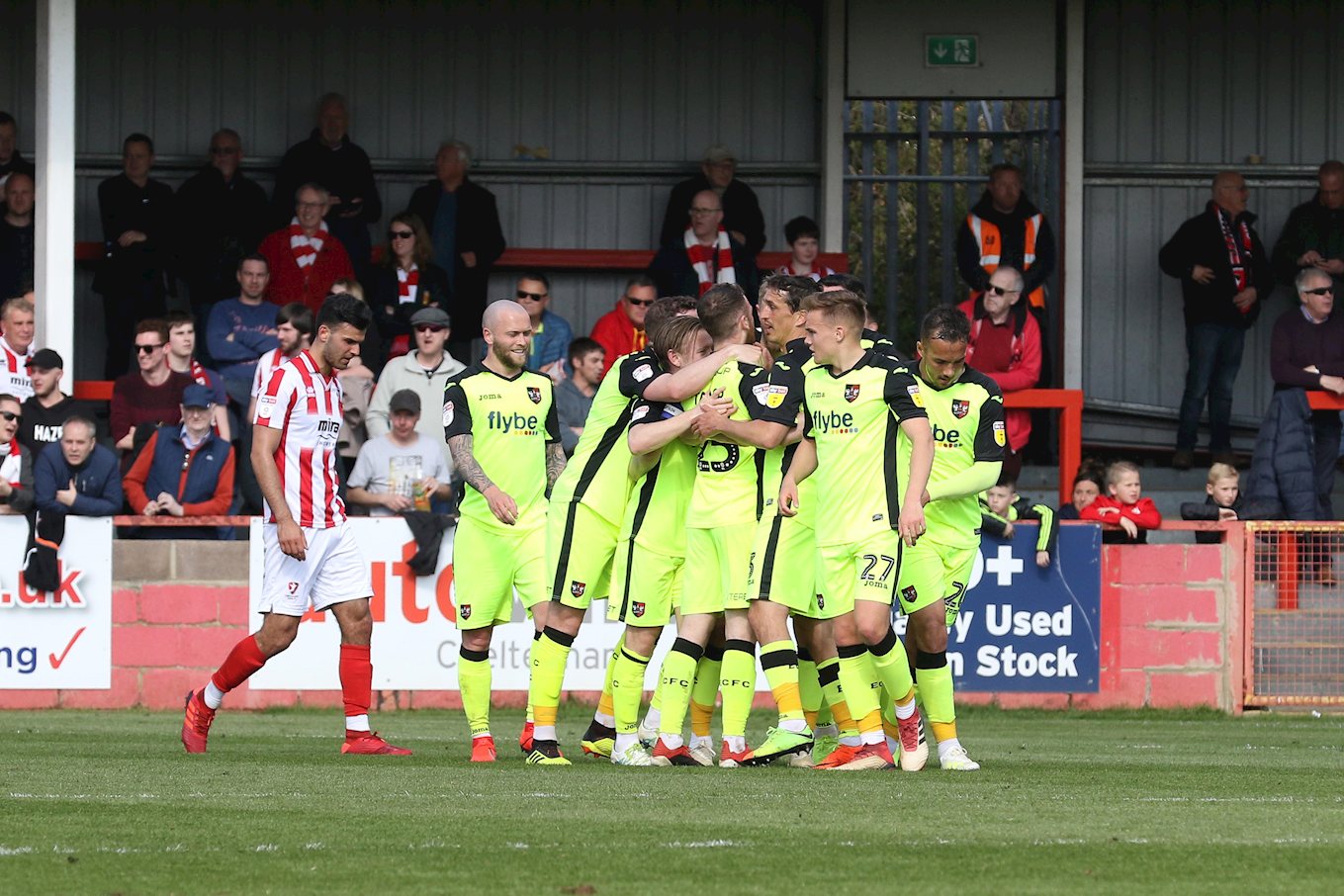 They're likely to shuffle their pack but boast a squad with strength in all areas that has the ability to hurt any opposition at this level.

A front line of Ryan Bowman, Nicky Ajose, Alex Fisher and youth product Matt Jay are all strong options up top, while in the goalkeeping department they could elect to go with one of two ex-Forest Green stoppers in the shape of Lewis Ward and Jonny Maxted.

Experience is provided by the likes of defensive pair Craig Woodman and Dean Moxey. Midfield man Jake Taylor, who had a loan spell at Cheltenham in the 2012/13 campaign, is another they can turn to for leadership in the middle of the pitch.

Last season Exeter won their Checkatrade Trophy group but were knocked out in the next round by Peterborough United.

The last time the two sides came up against one another was back in April at the Jonny-Rocks Stadium.

Dean Moxey gave the Grecians the lead in the first half when he found the back of the net from Craig Woodman's set-up.

Conor Thomas drew parity in the second half when he netted from the penalty spot for his sixth successful penalty conversion of the season.

Exeter were reduced to ten men in the depths of second half stoppage time. Goalkeeper Christy Pym, now of Peterborough, was sent off late on.

The Travel Club coach for fans booked on-board heading down the M5 to the game leaves the Jonny-Rocks Stadium at 3.30pm.

Tune in to listen to match commentary via iFollow too online.