Cheltenham Town face the first of two matches in a week against teams who were plying their trade in League One last season this evening when Bradford City are the visitors to the Jonny-Rocks Stadium (kick-off: 7.45pm).

Fresh off the back of Saturday's excellent away win at Salford City, Michael Duff's troops will be looking to put on another good performance as they chase another positive result at home.

Bradford will provide tough competition in what is a 6th against 7th encounter under the lights this evening.

Buy your tickets on the night at the turnstiles and get behind the Robins for the team's ninth league game of the campaign.

Jake Doyle-Hayes made a welcome return from international duty on Saturday and is expected to feature again tonight.

Will Boyle is back in training but isn't fit enough yet to be involved, while Reuben Reid, Rohan Ince and Josh Debayo are the others to miss out with injury issues. Max Sheaf is edging closer to fitness.

Much like the Robins, Bradford go into tonight's game following back-to-back league wins. They had an own goal from Lewis Kinsella help them to an away win at Walsall on Saturday as they look to bounce back to the third tier at the first attempt.

The man leading them into trying to do that is experienced manager Gary Bowyer. Having already had spells as a boss at Blackpool and Blackburn Rovers, the 48-year-old has been tasked with helping them attempt to get back into League One.

To do that he has a squad that includes a number of individuals who have already enjoyed impressive careers in the Football League.

Attacking duo James Vaughan and Clayton Donaldson have a huge amount of experience between them, while behind them midfield loanees Matt Palmer and Dylan Connolly are in from Rotherham and AFC Wimbledon, with former Blackpool winger Harry Pritchard also a threat for them moving forward.

Defender Ben Richards-Everton, who won promotion from this level with Accrington Stanley a couple of seasons ago, provides leadership at the back. Limerick born Paudie O'Connor is meanwhile an up and coming defender who was recruited from Yorkshire rivals Leeds United.

In between the posts they can turn to the experience of Richard O'Donnell. The 31-year-old started his career at Sheffield Wednesday and has also represented the likes of Walsall and Bristol City.

The Bantams hold the edge in all competitions when it comes to the 11 previous meetings between the two teams.

Bradford have claimed five victories, including one in the Checkatrade Trophy, while Cheltenham have recorded three wins - all coming consecutively between December 2010 and April 2012.

On three occasions meetings have ended in a draw. The first two fixtures between the two were in the 2006/07 League One season when Bradford won 2-1 at Whaddon Road and the two then met again later in the season to draw 2-2 at Valley Parade. 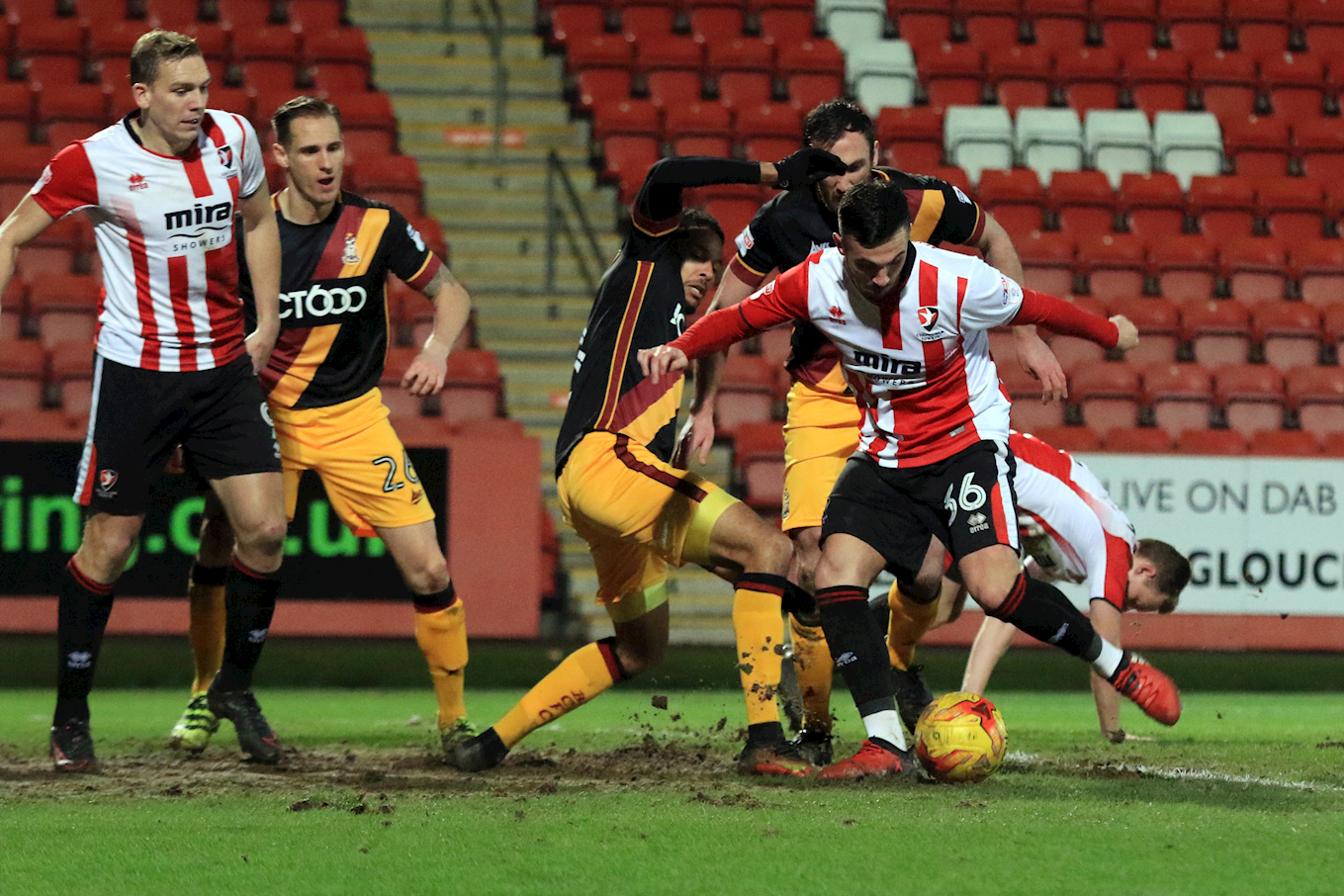 Buy tickets for tonight's game on the turnstiles. All areas of the stadium are open while the ticket office is also open before the match for collections and for fans who want to buy tickets for upcoming games, including for this Saturday's trip to Plymouth Argyle.

The club shop is open before kick-off too selling merchandise and match programmes.

The programme for tonight's game is jam-packed with interviews and features. Jacob Greaves is the big interview, while George Lloyd and Charlie Raglan join under-18s defender Isaac Lawrence in expressing their thoughts.

Max Sheaf and Scott Flinders also feature, while you can read the latest from chairman Andy Wilcox and manager Michael Duff previewing the fixture. 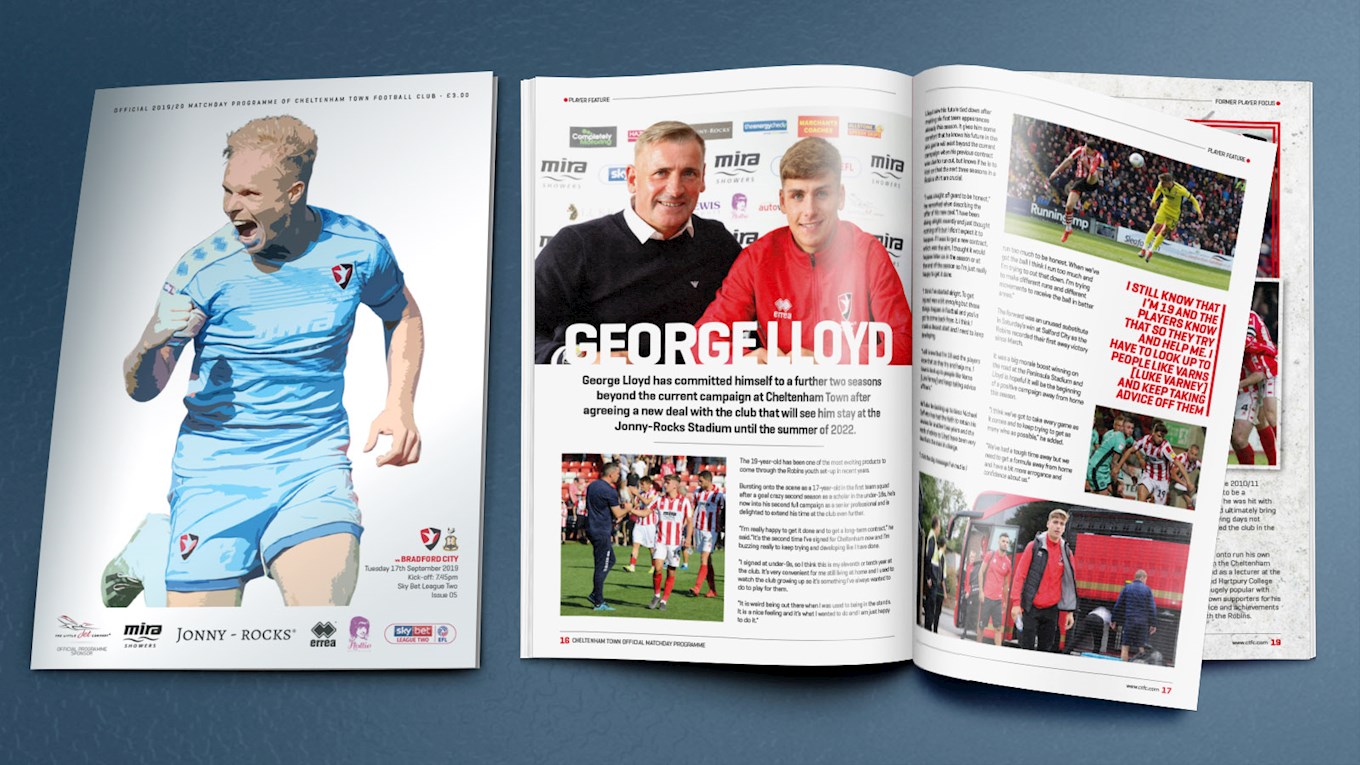 Keep a track of events by following @CTFCofficial on Twitter. You can see the team news, keep an eye on the match and check out match photos throughout the night. Goal and score updates will also be available on Facebook.

Tonight's game is being broadcast on iFollow. You can pay a £10 match pass fee to watch the game.

It's also possible to listen to commentary on iFollow this evening.