With an uncle who represented England at cricket, and an older brother who has already pulled on the Cheltenham Town shirt in the Football League as a full-time professional, it’s fair to say there’s no shortage of sporting talent in second year scholar Isaac Lawrence’s family.

Lawrence, who has recently headed out on loan to gain much valuable senior experience playing for Tuffley Rovers in the Hellenic Premier Division, is hoping to follow in the footsteps of his family by playing at an elite level professionally.

Brother Jamal, who is now 22 years old and has spent time at Gloucester City, Worcester City and Hungerford Town since leaving the Robins where he earned a professional contract as a talent in the youth set-up, much like his younger brother now, has been a useful ally for the latest Lawrence to come through the Cheltenham youth system.

“It is quite good that we can share our experiences with it and he can tell me what helped him and what’s good,” Lawrence explains when it comes to his brother. “He has a better understanding than me as he has progressed higher than what I have and been in the same situation which also helps.”

Lawrence can remember watching him in action for the first team at Cheltenham. Jamal made his Football League debut in an away match AFC Wimbledon (pictured) in May 2015. 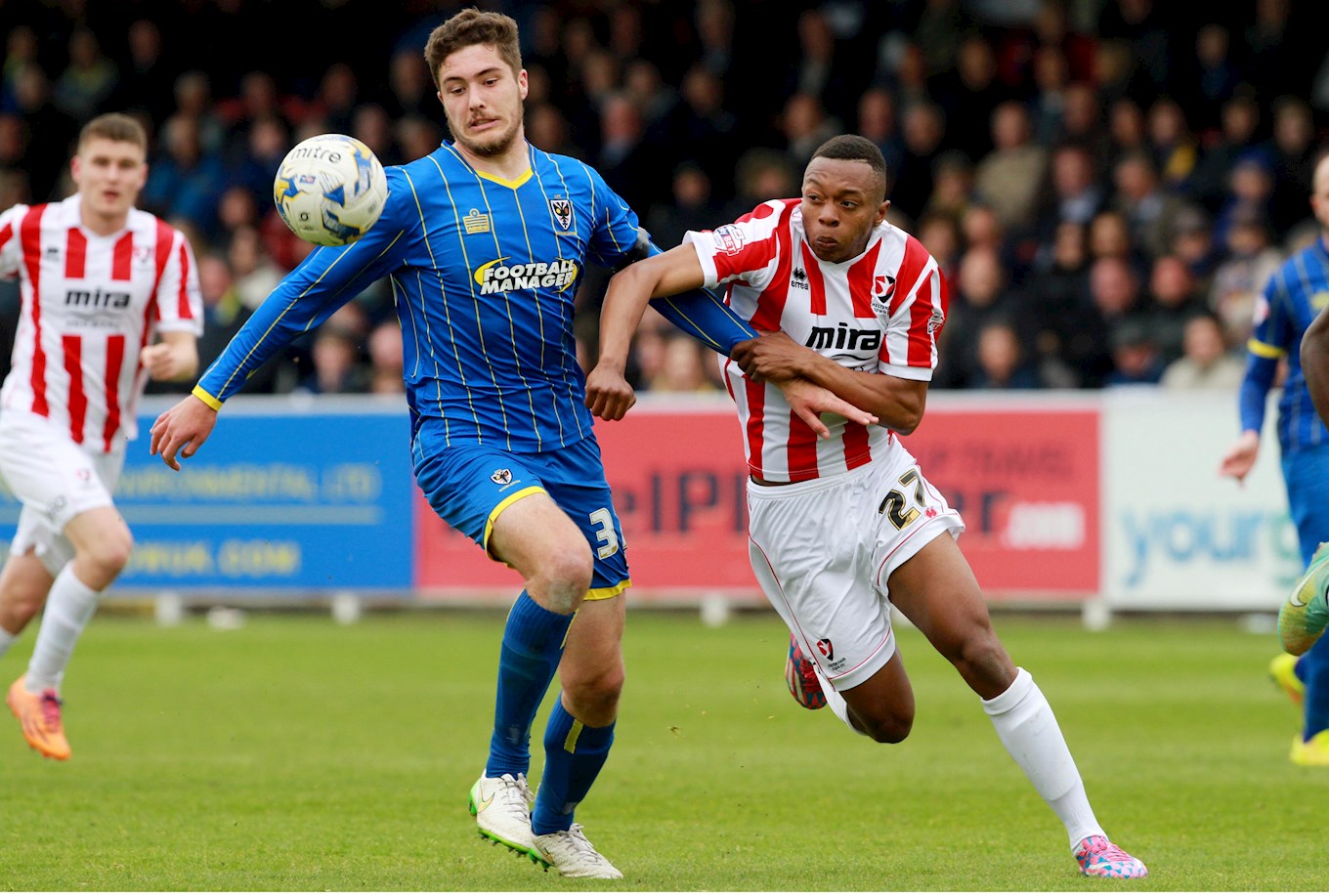 Uncle Dave, known perhaps more fondly as ‘Syd’ previously opened the bowling for Gloucestershire alongside West Indies legend Courtney Walsh, in a career that saw him feature in five tests for England.

“I don’t speak to him much because he lives in Bristol but if there are any family events I see him there and speak to him a bit then,” Lawrence continues. “You’ve got to support your family – my cousin is at Swindon at the moment in the under-16s – and my dad played a bit of football so we’re quite a good sporting family to be honest. 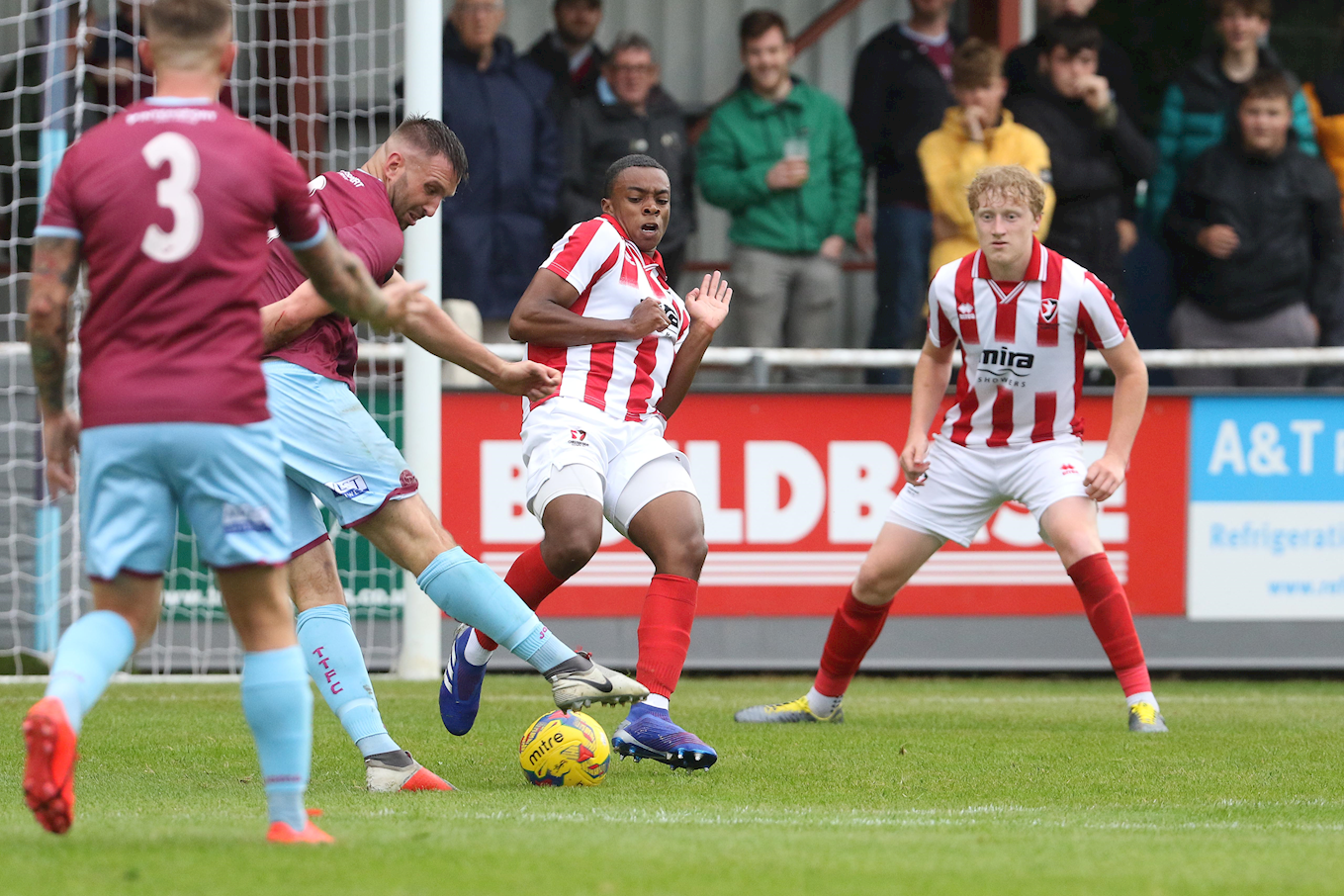 Making his debut in an impressive win for Tuffley over Shrivenham, Lawrence is happy for the opportunity to experience a different style of football to that he’s been used to in the youth age groups.

“It has been good to see the different environments in the changing room and on the journey there, and everyone’s reactions on the pitch are different as well.

“I like that I went out early as well so I can get some more experience throughout the season and progress like they have.”

Both Will Dawes and Tyreece Briscoe benefited from loan stints at Tuffley last season and usefully for Lawrence the former is now a permanent member of the Glevum Park sides squad.

“It’s nice because I was friends with him throughout last season,” Lawrence explains. “I was quite close with him and it’s good to see him again and play with him, and to know someone in the environment as well.” 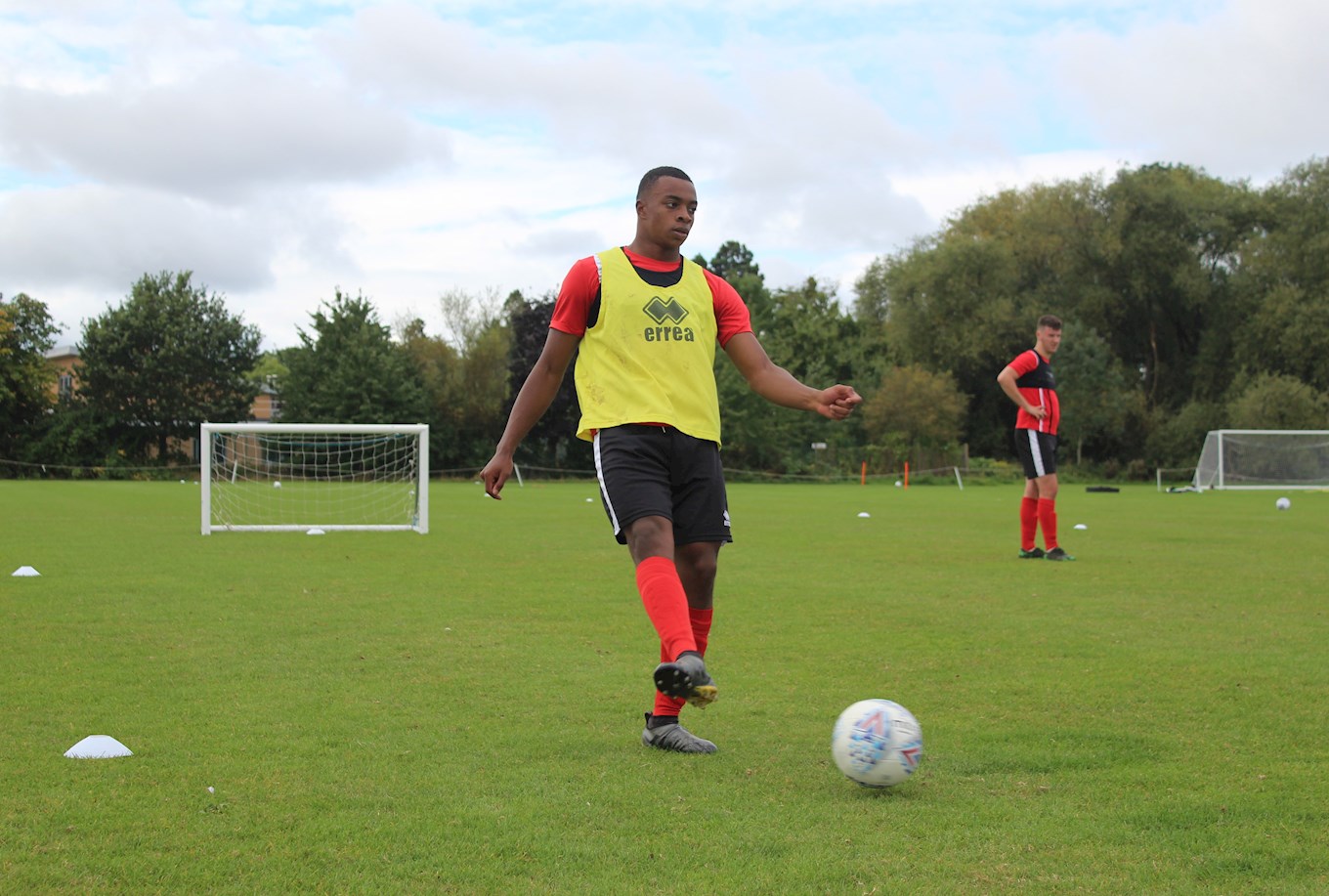 When it comes to his history as a Cheltenham Town player Lawrence is now in his fourth season as a part of the club.

He adds: “I joined at under-15s. I got my scholar in the October of under-16s and got concussion halfway through that season and missed ten months out.

“I was at West Brom Development in Gloucester where they train at St Peters School. I was there for three seasons and before that I was at Abbeymead Rovers.

“I got to experience pre-season this year and I thought I coped with it quite well and it has improved my game a lot more being here full time.

“I was playing with Aaron [Basford] while both of our brothers were playing together. We’d be on the side of the pitch when we were quite young playing football with each other. We played at Abbeymead together and now we’re playing again here.”

Lawrence will be hoping to continue the family tradition of excelling on the sports field, whether that’s in a Robins shirt or as he looks to make his mark with Tuffley this season.