Grant Horton has enjoyed a fantastic start to the second year of his scholarship at the Jonny-Rocks Stadium.

The 17-year-old defender has worked with the first team squad since day one of pre-season training as he sets his sights on earning a first professional contract at the end of the season.

Also appearing in the first team’s pre-season friendlies programme, which included appearances against Stratford Town, Hereford, Shrewsbury and Burnley under-23s, the Hereford based youngster has relished the early season opportunities he has experienced so far.

“It has been brilliant,” he said. “That is what I’ve come here to do to get in and around that first team environment which I think this club is good at doing because we’re all mixed in. The players have been very welcoming and I’ve settled in well I think.

“It’s a lot quicker – everything has got to be done properly and if you’re not doing it properly there’s no point doing it at all. The quality is a lot better and everyone is demanding everything from each other.

“My expectations of everything is a lot higher now. I’ve set my standards a bit higher so it’s not good enough if I don’t think it’s good enough. I’ve improved a lot I think over pre-season with players helping me out and doing extras in training with the pros.

“It is good to be involved in all of those games and to get used to the atmosphere and playing against stronger opponents which is what I’m looking to do and improve myself as a player.”

Already having spent a short amount of time out on loan this season at Bromsgrove Sporting, he is set to head out on loan again soon to gain much valued game time at a senior level.

It follows a fantastic loan stint he enjoyed last season in the Midland Premier League with Worcester City.

He earned rave reviews for his performances at the Victoria Ground where he helped Worcester earn a top half finish in the ninth tier. 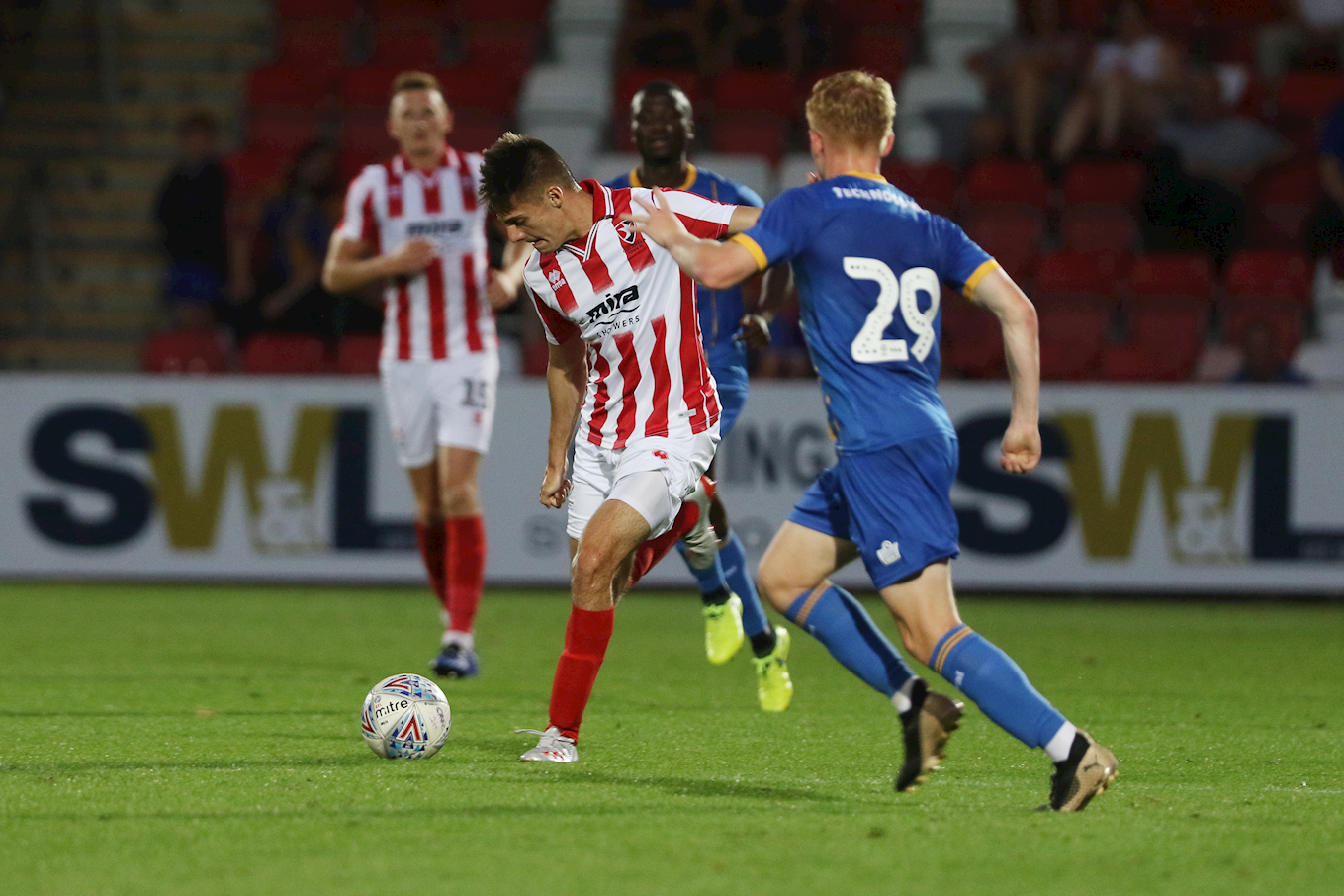 “That’s really helped me,” he added. “I know the coach, Ash Vincent, who has really helped me with stuff like that. That exposure to men’s football has been a real help physically and the competitive side of the game where it is a bit different in the youth team where it’s a bit more about development. It is a lot more about results in the men’s game.

“It was nerve racking at the first game when you’ve got big crowds turning up when you’re used to playing in front of just a couple of parents, going to a couple of hundreds is difficult, but you zone out and it becomes a lot easier when you’re doing your thing I suppose.”

To have gone out on loan so early into his scholarship with the under-18s is a sign of the maturity Horton carries on the pitch.

Time spent at Worcester and now with the first team is reflective of a talented youngster who has been fast-tracked continuously through the system at Cheltenham since he became a part of the academy set-up at the age of nine – while still a member of the under-16s team he turned out for the under-18s in the FA Youth Cup.

“I’ve always been pushed outside my comfort zone really and I think that’s a big help because if you’re stuck in your comfort zone you’re not going to improve. It’s helped improve me a lot over the years and being pushed by the coaches.”

It’s been a good start to the second year of his scholarship but there’s still a long way to go this season.

It’s inevitable that the highly thought of youngster will continue to get his head down and work hard as he pushes for a full time deal with the senior squad at the club, and the early signs so far are that he’s moving in the right direction.

“That is the main aim of the scholarship,” he continued. “It’s a dream to be a professional footballer. I hope the decision goes the right way.”