A week on from celebrating his 19th birthday defender Jacob Greaves has shared his thoughts on life at Cheltenham Town as he continues to impress in a Robins side that have made a flying start to the season.

Since coming into the team on a half-season loan from Championship side Hull City, Greaves has made a notable contribution for someone who last season was still playing under-18s football at the KCOM Stadium.

The left-sided defender has been sharing his thoughts on his time at the club so far, how he's found living away from home for the first time, playing in a 3-5-2 and the influence of his father, Mark, who enjoyed a professional career with the likes of Hull, Boston United, York City and Burton Albion.

You've had over a month here at Cheltenham now. How have you found your time at the club so far?

I’ve found it really enjoyable. I think the town is brilliant – I couldn’t have wished for a better place to come. I think that the boys here are all excellent. They are a tight knit group and they get on really with each other and you can see that when we go into a Saturday – everyone is together and I’ve loved every minute of it so far.

When the move happened it all happened quickly. Do you feel like you've settled in now?

I know the boys better now and I’m seen as one of the group and not a new boy anymore. I’ve settled in at home where I’m staying in a little digs with a family which is great. On my days off I like to go into the town to have a little look around.

Have you played in a back three much before?

It is new to me. I had a little spell of it in under-18s football which has benefited me a lot. Coming in here I knew it vaguely but now I’ve come in and I know what is needed to play in that back three. It is different to playing in a back four but I enjoy it as well because I have that license to get forward that little bit more which I think I can show my playing with the ball a little bit more higher up and try and create a few goals which I’m trying to do in the upcoming games. 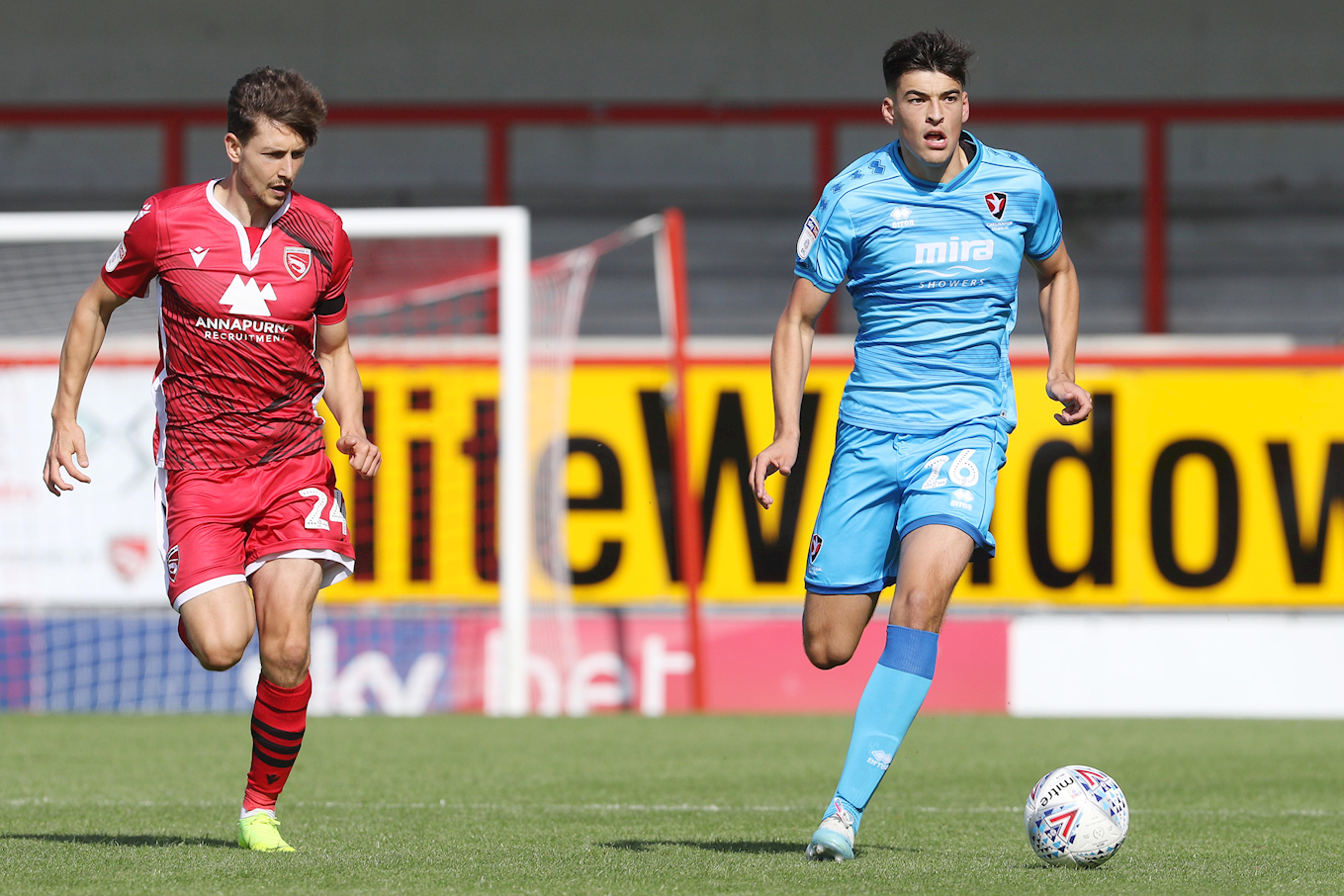 You have had to come in and learn how the team plays straight away. Is it difficult taking on that level of instruction when as a defender in this team on top of defending you're asked to do more going forward when you're in possession?

The two wide centre halves of the three are very important players in this back three. We’re the ones that want to get out on the ball and have a lot of time to pick the passes. I’ve come into an important role in the back three.

Do younger players take on tactical knowledge than perhaps older players did a few years ago because now the game is even more tactical and all of the analysis you see on TV too?

I can look at the back three on my analysis from the games back which I like to look at every game no matter whether I’ve played well or played poorly. Looking at the analysis I see where I need to improve. I look at that and take it into training and take it into games as well which I think I’ve shown.

This time last year you were playing under-18s football as a scholar. Could you have seen yourself in this position right now 12 months on?

I’ve always backed my ability. I played a lot of under-23s games last year, it wasn’t just under-18s. I think coming into pre-season training with a Championship club I knew I wasn’t far off the levels needed. I didn’t expect it at all, the loan move. I wanted to play as many under-23s games as I could, stay fit, and then try and be in and around the first team. The gaffer at Hull has pushed me on and wanted me to skip that year of dead football playing for the under-23s when I can go and play League football instead. I didn’t expect to be so far from home but I’ve come out my comfort zone and I think coming out of that comfort zone is only going to bring me on to become a better player and take me onto the next level. 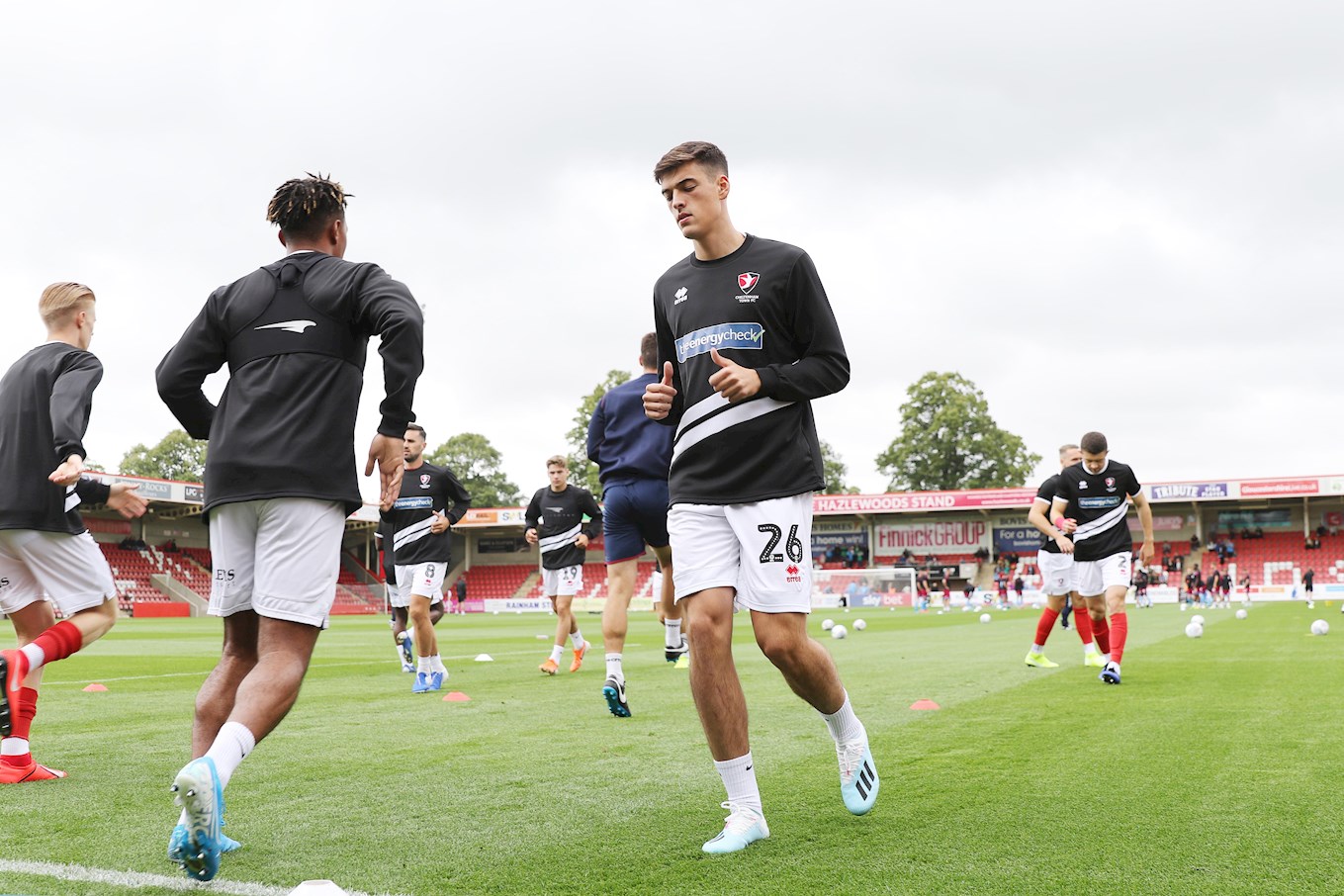 How has the life experience of moving away from home been for you?

I like having that bit of independence to do my own shopping, my own washing up, getting everything sorted for myself – not that I didn’t do that but mum and dad were a big help to me back home when I was sorting everything out. I think coming up here has helped me overall as a person. I feel like I’ve grown up a lot living by myself and it is life changing moving away from home, but I have enjoyed it but also missed home as well – it is important for me to stay in contact with my parents and all my family. They come up as much as they can to watch the games. It’s good that I’ve got such a supportive family as well. I do miss home but I don’t miss it as much as I first thought.

What was it like growing up watching your dad play football?

I didn’t really get to watch him play at Hull as I’d just been born. I got to watch him in his later years at Boston when they were in the Football League – Burton Albion as well. He is a massive help. When I was younger getting home from school he would have had a day at football and he’d come out with me in the garden. He would wrap balls into me and improve my first touch – I think that’s why my first touch is decent now because of all the work he used to put in when I was a young lad. Mum and dad would take me to all football up and down the country which was great from them and hopefully I can pay them back in a few years. 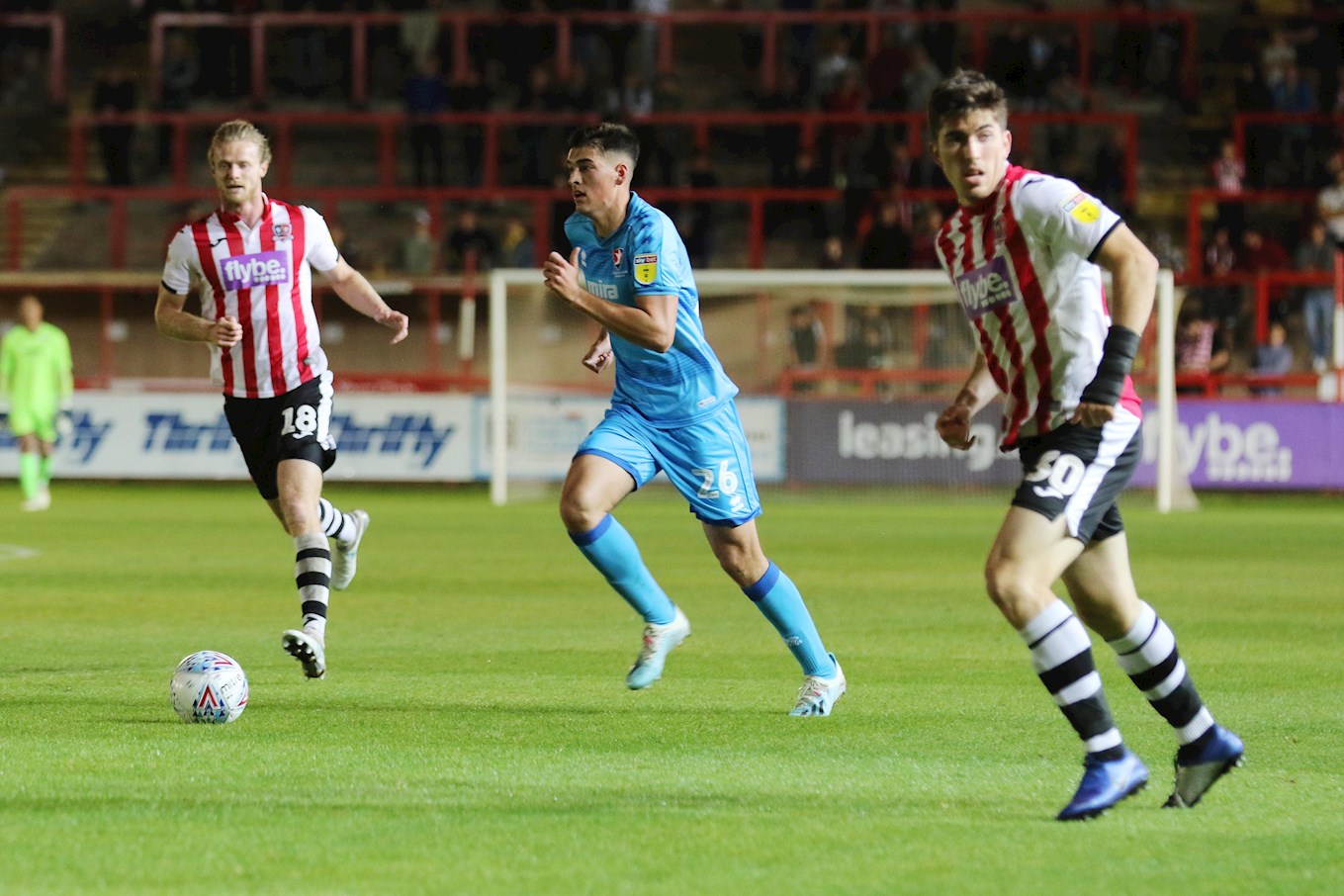 You're hoping to make an impact at Hull. Your dad made just under 200 League appearances for them?

Some people may see it as a little bit of pressure to go and play for Hull, but I see it as he had a good career in football and having that career can only help me because when he comes to games he talks to me about how I can improve what I’ve done well. I’m trying to follow in his footsteps – maybe I can try and go a bit higher than he did if I don’t say so myself!

Do you talk to him after games as he was a defender and a midfielder?

He was predominantly a defender but he had good legs which is why he played in midfield sometimes. He said he was a better centre half and that’s where he wanted to play. Him playing centre half has helped me improve my overall positioning. He would practice headers with me and he tells me after games what I can improve on and what I’ve done well on. He is a big believer of talking through your positives. He has been a big help in me coming up here as well because he knows what this League is about.