Cheltenham Town produced a display full of character and resiliance to take all the points away from the Banks's Stadium, recording a first ever win against Walsall in the process.

Goals by Ben Tozer and Luke Varney, his fourth of the campaign, handed the Michael Duff's side a well earned victory in the shadow of the M6.

It's fair to say the Robins' travel sickness has well and truly been nipped in the bud after this third win in four on the road, a result which stretched their unbeaten record to seven.

They didn't have it all their own way and conceded an equaliser shortly after the break from the penalty spot.

But they responded well to the setback, restoring their lead only five minutes later before battling manfully to see out the game.

Next up then it's Macclesfield Town at The Jonny-Rocks Stadium on Tuesday and the manager is solely focused on the that game, even if the boistrous travelling contingent are daring to dream.

Varney returned to the side after a three-week absence with a hamstring injury and replaced Alex Addai who dropped to the bench.

The first meaningful chance of the contest fell to Jake Doyle-Hayes who raced onto Ryan Broom's low ball from the left only to be denied by a decisive defection, taking it a foot wide of the right post.

Next Varney met a brilliant cross by Sean Long with a brave header but goalkeeper Liam Roberts did enough to turn it away for a corner. 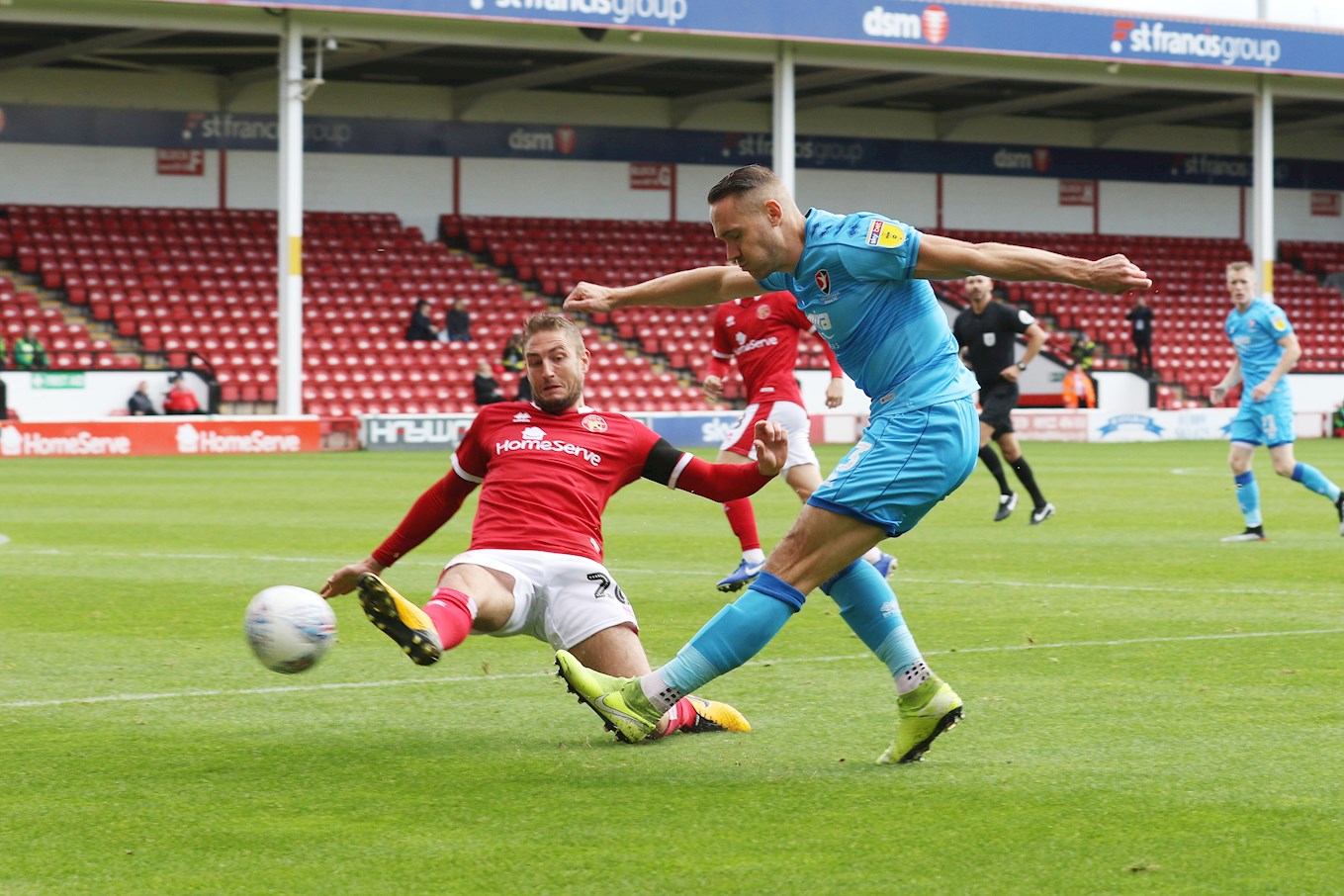 There was a massive let-off on the half-hour when Scott Flinders fumbled an awkward pass on the edge of his own area, under pressure from Rory Gaffney, but Josh Gordon pulled his effort the wrong side of the left upright with the goal gaping.

Flinders was sharp to punch away a lively effort by Gordon a moment later, testing the Cheltenham number one at his near post from a tight angle.

The Robins took the lead through the skipper with 35 minutes on the clock after Gavin Reilly had won a corner out on the right. Chris Hussey swung in a beauty and Roberts spilled it, allowing Tozer to prod it home to hand his side the initiative at the interval.

The home side were back on terms within eight minutes of the restart after Hussey had tripped Gordon just inside the box on the right to concede a penalty kick. The Walsall man took it himself, beating Flinders to his left.

But the lead lasted only five minutes, Varney with the goal to restore the lead. Gavin Reilly picked it up inside his own half and drove forward before rolling one into the path of the evergreen striker, who finished brilliantly from an angle down the left. 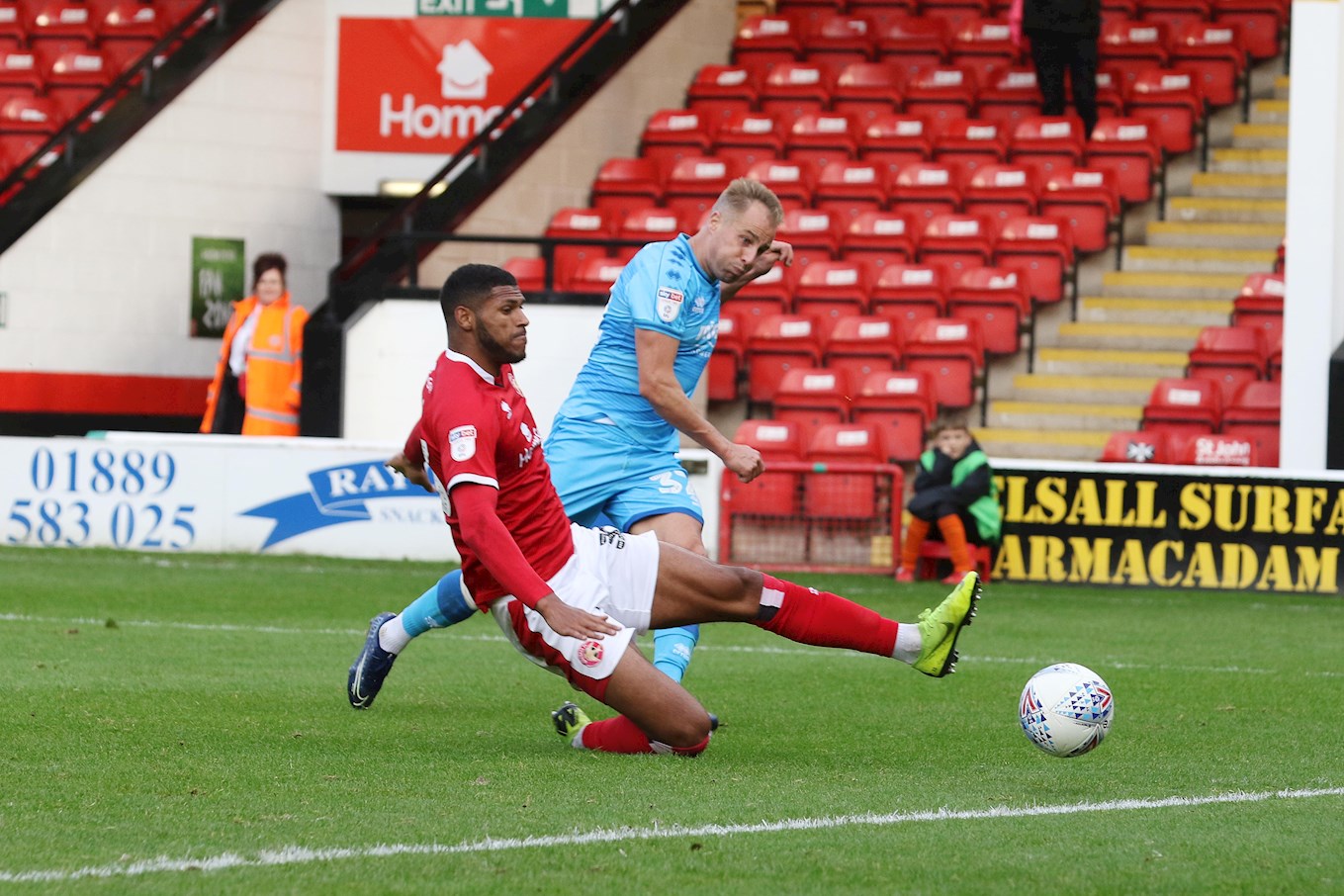 Flinders was called into a smart stop to deny substitute Elijah Adebayo, another former Robin loanee in Walsall's ranks. His shot on the turn was decent enough but it was straight at the Robins keeper. Then Tozer made a vital tackle to prevent the striker getting a shot away from a promising position.

Adebayo wasted the best chance of lot to get his side back into it six minutes from time but the former Fulham man blasted it well over the bar, wasting the opportunity to salvage a point.