The under-18's were back in EFL Youth Alliance action on Saturday, hosting Exeter City at the Energy Check Training Ground.

Despite falling behind twice to a brace from Exeter striker Lewis Wilson, a penalty from Aaron Basford and a free-kick from Aaron Evans-Harriott brought the under-18’s back level.

However, a late goal from the half-way line stole the points away from Pete Haynes side.

After a delay to the kick-off following a kit clash between the referee’s and the visitors, the away side dominated the early stages with several crosses blocked by the Cheltenham defenders.

Exeter’s early success came down the left-hand side, they took the lead when their winger and full-back linked up well to deliver a ball to Wilson who finished well.

But Haynes side were the better team after falling behind and had a chance to equalise moments later when striker Charlie Stanton hit the crossbar.

And they were level soon after, when Basford converted a penalty, after a ball was handled in the box.

Once Cheltenham were level, the game opened up, with Evans-Harriott (pictured below), fresh off making his first team debut, harrowing the Exeter defence. 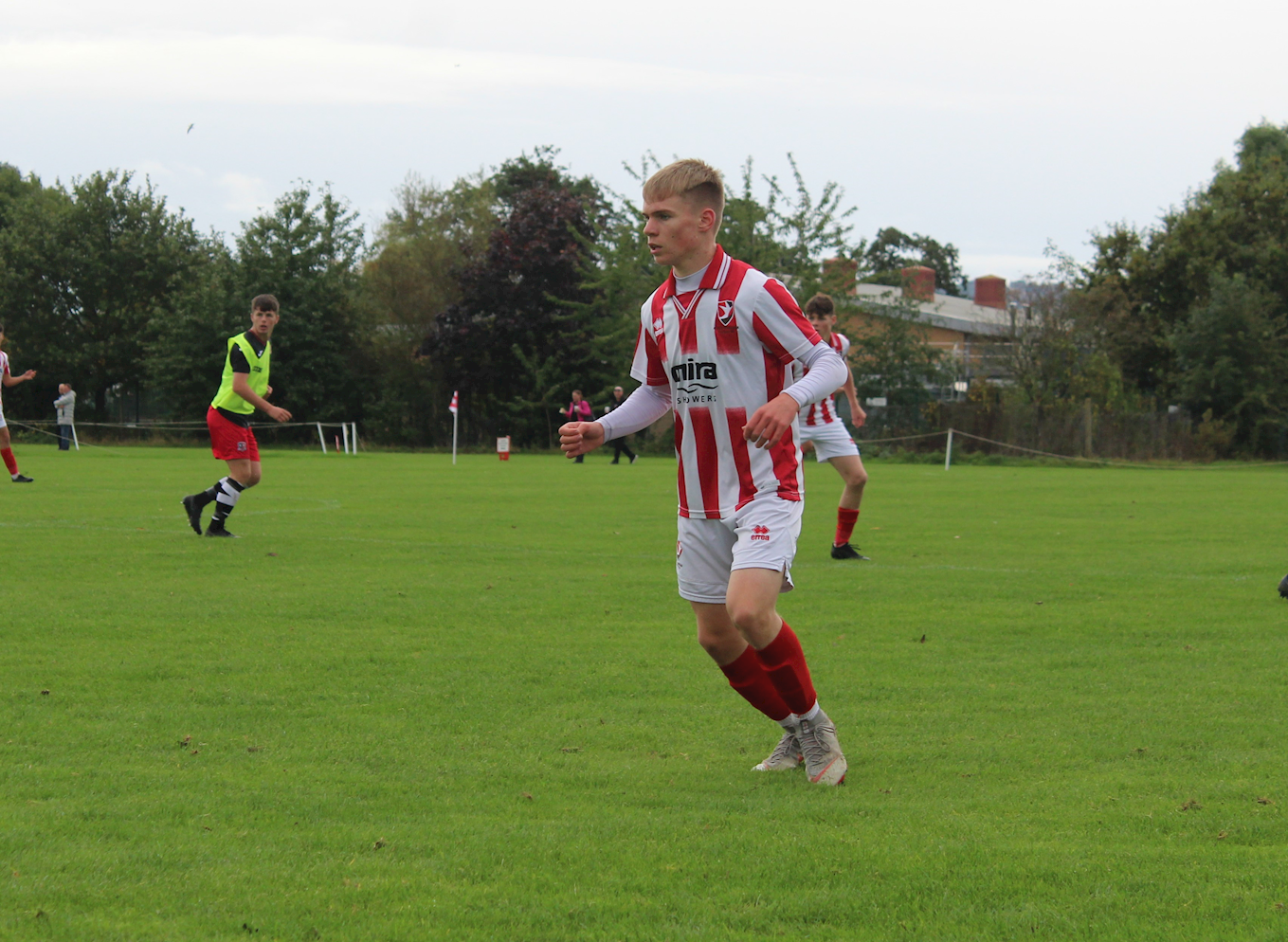 The under-18s had the best chance to take the lead before half-time, when Dan Stevens lobbed the keeper, but the ball hits the inside of the post and bounces out.

After the break, both sides had good chances to take the lead.

Firstly, the visitors headed wide from a dangerous cross, before Stanton’s half-volley was hit into the side netting.

Exeter took the lead for the second time in the match, with Wilson once again finding the back of the net.

Once again, the under-18s reacted well to going behind and were soon level.

Evans-Harriott struck a free-kick from 30 yards, which curled into the box, missing everyone before finding the goal.

The equaliser sparked the game into life, and Exeter’s Cheick Diabate was dismissed for a push.

However, the away side took the lead one last time, with Jack Veale hitting a speculative shot from the half-way line which looped over Freddie Lapworth.

The under-18s pushed for another equaliser, but they couldn’t turn the ball into the net.

Check out a full gallery of photos from the game above.