Cheltenham Town completed a brilliant comeback to defeat West Ham Under 21’s 4-3 at the Jonny-Rocks Stadium on Tuesday night.

The hosts knew they had to win to keep their hopes of reaching the next round of the Leasing.com Trophy alive and did so thanks to a second half performance to behold.

West Ham’s youngsters had the first real chance of the game early on when Anthony Scully’s chip sailed over the bar when one-on-one with ‘keeper Rhys Lovett.

The Hammers took the lead on ten minutes with Kemp tapping into the open goal after receiving an unselfish square pass from Nathan Holland.

Kemp came close to doubling his tally two minutes later when he got on the end of a Reece Hannam punt, but his chip dropped wide of the far post.

The pressure continued and Holland played an inviting cross into the middle, but Captain Joe Powell could only glance a free header wide.

The Robins almost found an unlikely equaliser when Will Boyle saw a header saved at point-blank range by ‘keeper Joe Anang, before Rohan Ince had the follow up blocked.

Cheltenham did find an equaliser in the 25th minute when a fantastic lofted through ball from Ince, on his home debut, was swept home brilliantly by Smith.

West Ham took the lead for a second time and once again Holland set up Kemp for a tap in at the far post. 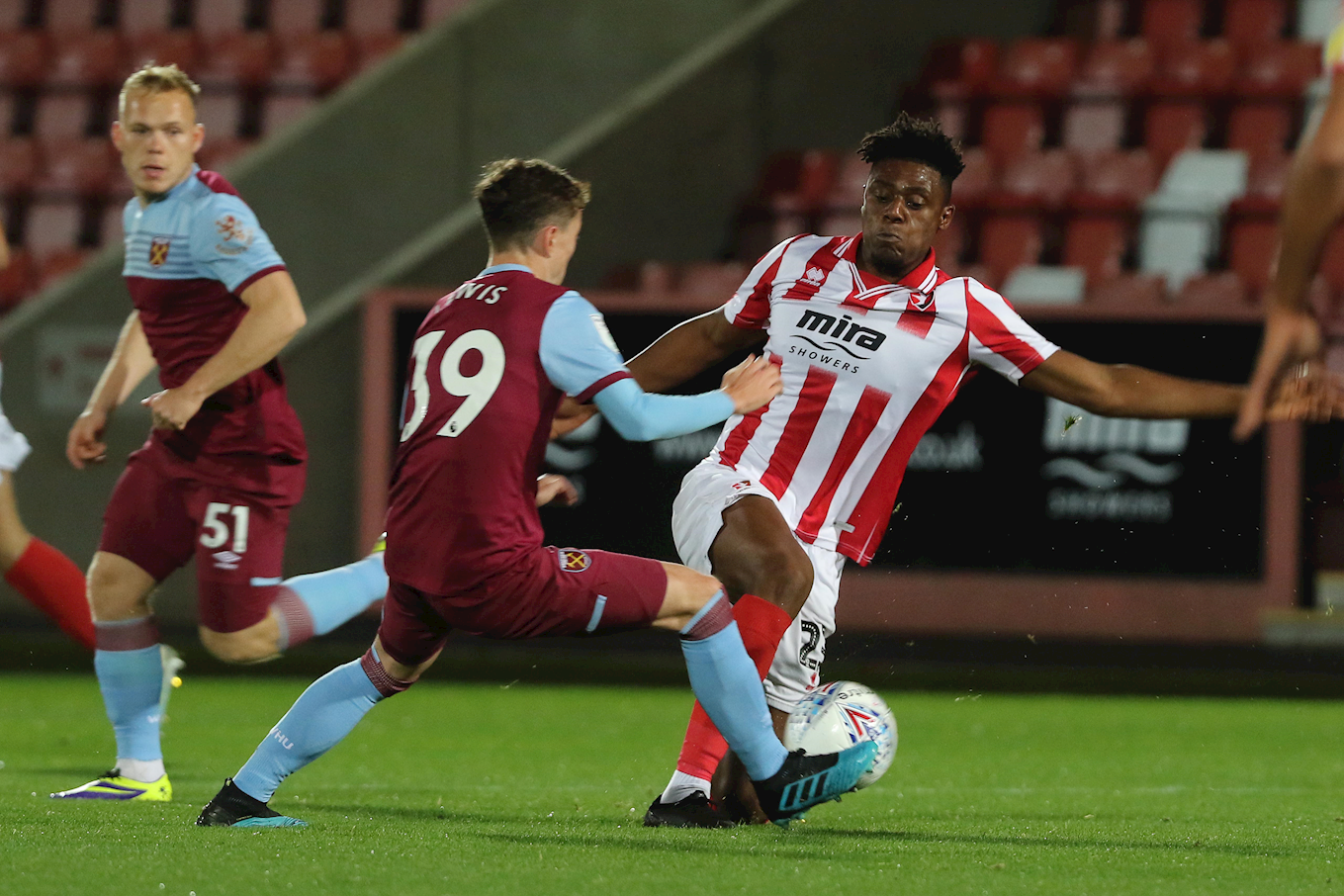 The Hammers added a third after a corner kick found Rosa 25 yards out and he hit a sweet strike low into the bottom left corner.

Boyle hit the post with a header in first half stoppage time from a corner delivery by Hussey as the home side tried to make a game of it.

Smith notched his second after converting Long’s dangerous cross with a close range header to get Cheltenham back into the game.

The striker, making his full Robins debut, drew Cheltenham level after lifting Long’s cross into the top corner to complete a perfect hat-trick.

Minutes later, Lloyd scored his first goal at the Jonny-Rocks Stadium to complete a stunning turnaround by smashing home another Long cross high into the roof of the net.

With the clock ticking down, sub Alex Addai intercepted a back-pass but could only roll a shot just wide when one-on-one with the ‘keeper.