Cheltenham Town head to Grimsby Town on Saturday for the A46 derby looking to make it nine unbeaten in League Two (kick-off: 3pm).

A draw or a win in Cleethorpes would see Michael Duff's men also go ten unbeaten in all competitions.

Saturday's opponents will prove to be a hard challenge for the Robins squad. Although they haven't won in their last five matches in all competitions, they have taken points off Exeter City and Bradford City so far this term, and boast a well-drilled side who will be looking to make home advantage count.

Cheltenham make the journey high in spirits though after Saturday's 3-0 home win over Macclesfield Town.

Tahvon Campbell and Josh Debayo are working on their fitness after recent injuries. The pair are unavailable for the trip.

Reuben Reid also won't be involved. The forward is back in training but is still edging back to fitness after surgery.

Max Sheaf is unavailable due to injury too with the on loan Hull City man expected back in training next week.

One of the main highlights of Grimsby's season so far is a Carabao Cup trip to Premier League giants Chelsea. Since then though they've won just once - albeit that was an impressive away win over Exeter City just a few days after their trip to Stamford Bridge.

They head into Saturday's game after a good point at Cambridge United in midweek in a goalless draw. It's a result that sees them sit 16th heading into this weekend's clash.

Former AFC Eskilstuna manager and Cambridge University student Michael Jolley (pictured) is in charge of the Mariners. He took charge there in March 2018 in what is his first job in the Football League. Like Michael Duff he previously managed the under-23s side at Burnley. 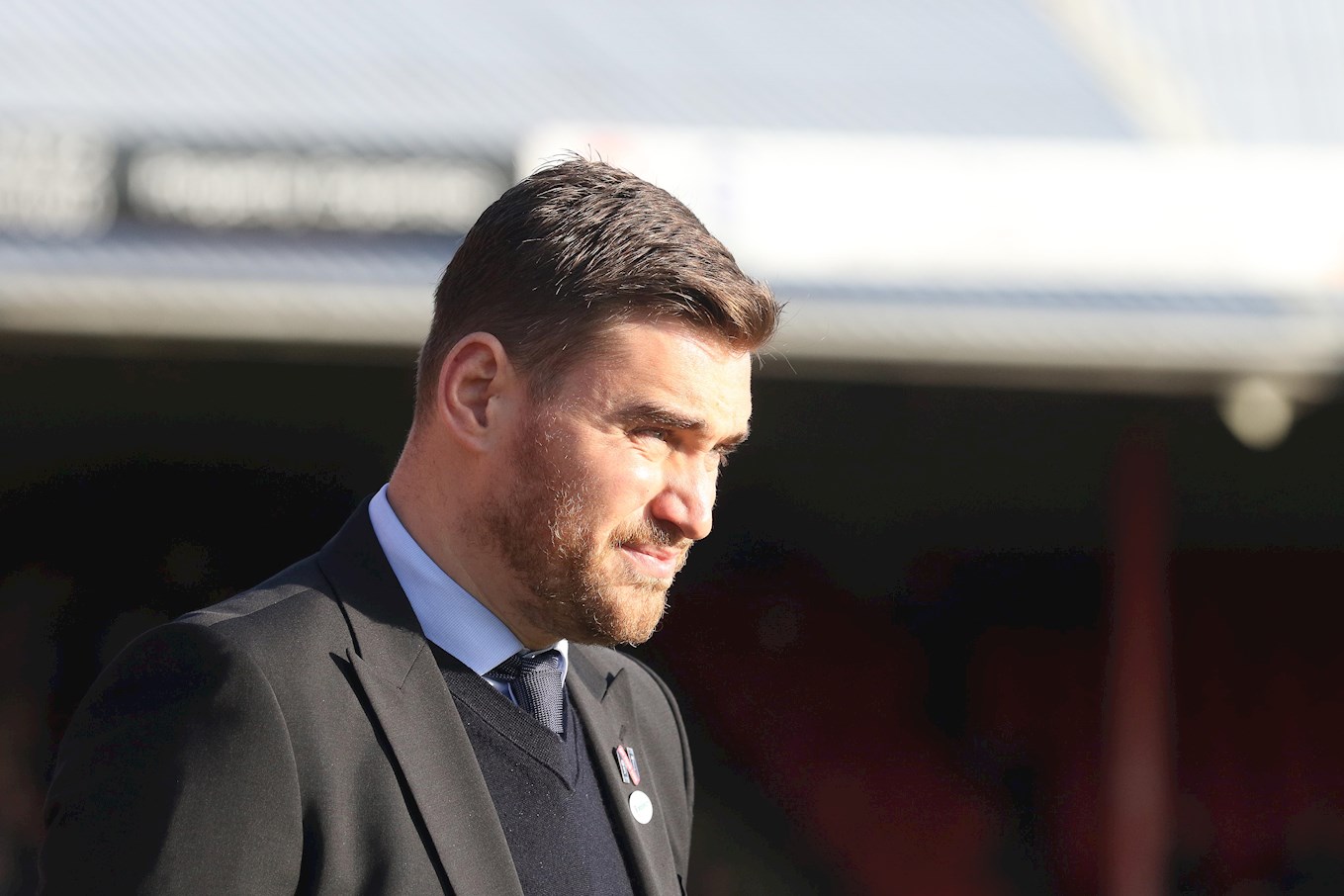 Jolley leads a squad that sees long serving goalkeeper James McKeown a key part of it as skipper. The likes of Ludvig Öhman and Luke Waterfall are standout individuals at the back, while in midfield ex-Notts County man Elliott Hewitt and Elliott Whitehouse are hard workers further up the pitch.

Height and presence comes up top through former Cheltenham forward Matt Green and the physical James Hanson, who joined Grimsby in the summer after spending time at AFC Wimbledon in League One last season.

The Mariners have been better on the road than at home this season. They have the fifth best away record in the division, while at home they've only picked up eight points this campaign - having won two, drawn two and lost three in front of their own supporters.

Both teams shared wins against one another in their two clashes in League Two last season.

The first meeting was at the Jonny-Rocks Stadium in December with Cheltenham coming out on top thanks to a late Conor Thomas penalty.

Ryan Broom gave Michael Duff's side the lead in the first half, but Grimsby levelled in the second half when Elliot Embleton finished from close range.

Cheltenham won it right at the death in second half stoppage time. Shrewsbury Town loanee Sam Jones was brought down in the box and Thomas stepped up to score from 12-yards to earn a last gasp win. 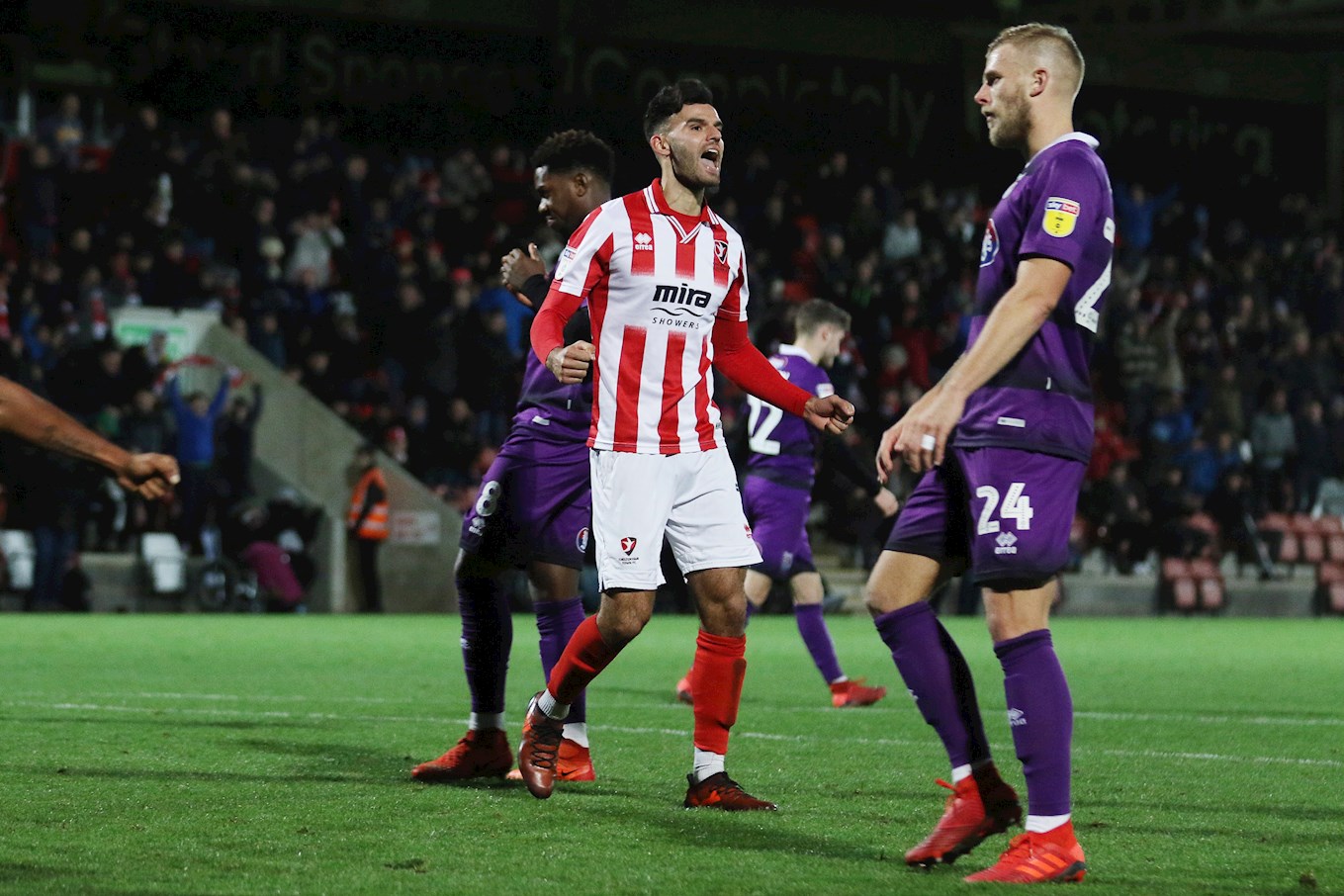 The next encounter came at Blundell Park in February and it was again a penalty that decided the contest.

This time it was a one goal game as a strike from former Robins forward Wes Thomas from the spot settled the game shortly before the interval.

Chris Hussey almost earned a point for the Robins when his free kick shaved the woodwork, but Grimsby held on to earn a narrow victory. 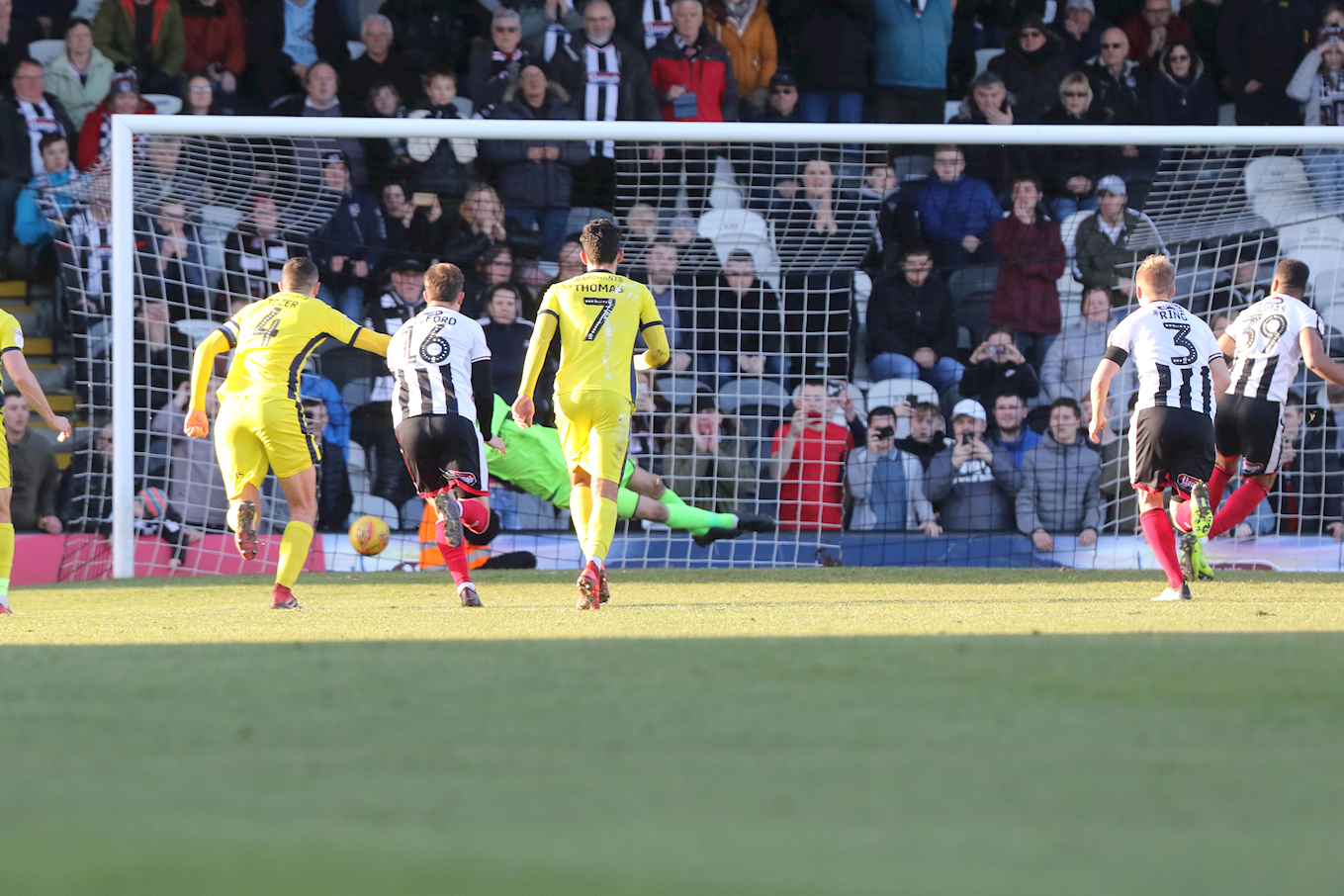 Cheltenham fans can purchase tickets from the stadium on the day.

Matchday prices are as follows:

Robins fans booked onto the Travel Club coach are advised it leaves from the Jonny-Rocks Stadium at 9.15am.

Stay up to date by following @CTFCofficial on Twitter. You can view matchday photos, team news, updates and post-match reaction by following throughout the day, while there will also be team news and goal updates on the CTFC Facebook page.

Visit the club website post-match to read a report and watch reaction to the game from boss Michael Duff.