Back fit and ready to go, Will Boyle is hoping to find a way to break into this Cheltenham Town side, but is aware he'll have to be patient with the success the team has had in the opening months of the League Two campaign.

The former Huddersfield Town defender missed a month and a half of football after picking up an injury on the opening day of the season at Leyton Orient.

In that time he's watched his teammates set themselves in the higher reaches of the division ahead of this weekend's trip to Walsall.

He's been having his say on his return to fitness and what he has made of the Robins season so far.

After the frustration to your start to the season are you in a much better place now being fit and available?

What was the problem exactly with the injury?

It was a calf tear. I think I had two. One was more major than the other but there were two in there so I think it was quite a major injury really. I think it was a complete tear - I'm not exactly a medical expert but I think that was the case. Six weeks I was out of total which I was quite happy with really.

You played against West Ham United under-21s in the Leasing.com Trophy as did Rohan Ince - is that competition important for people like yourself given the kick-start it can give you?

A hundred per cent. As soon as I was back the lads are doing well, and Greavesy is playing well, so it was blatantly obvious that I wasn't going to get straight back into the team - completely understandable. So that was somewhere I looked where I could potentially get a game, a competitive game. I played the week before in a reserve game but I was a bit under the weather so I didn't want to risk any injury really so I only played a half. That was the first full 90 minutes since Leyton Orient so that was good for me to get a game under my belt and I enjoyed being back out there. 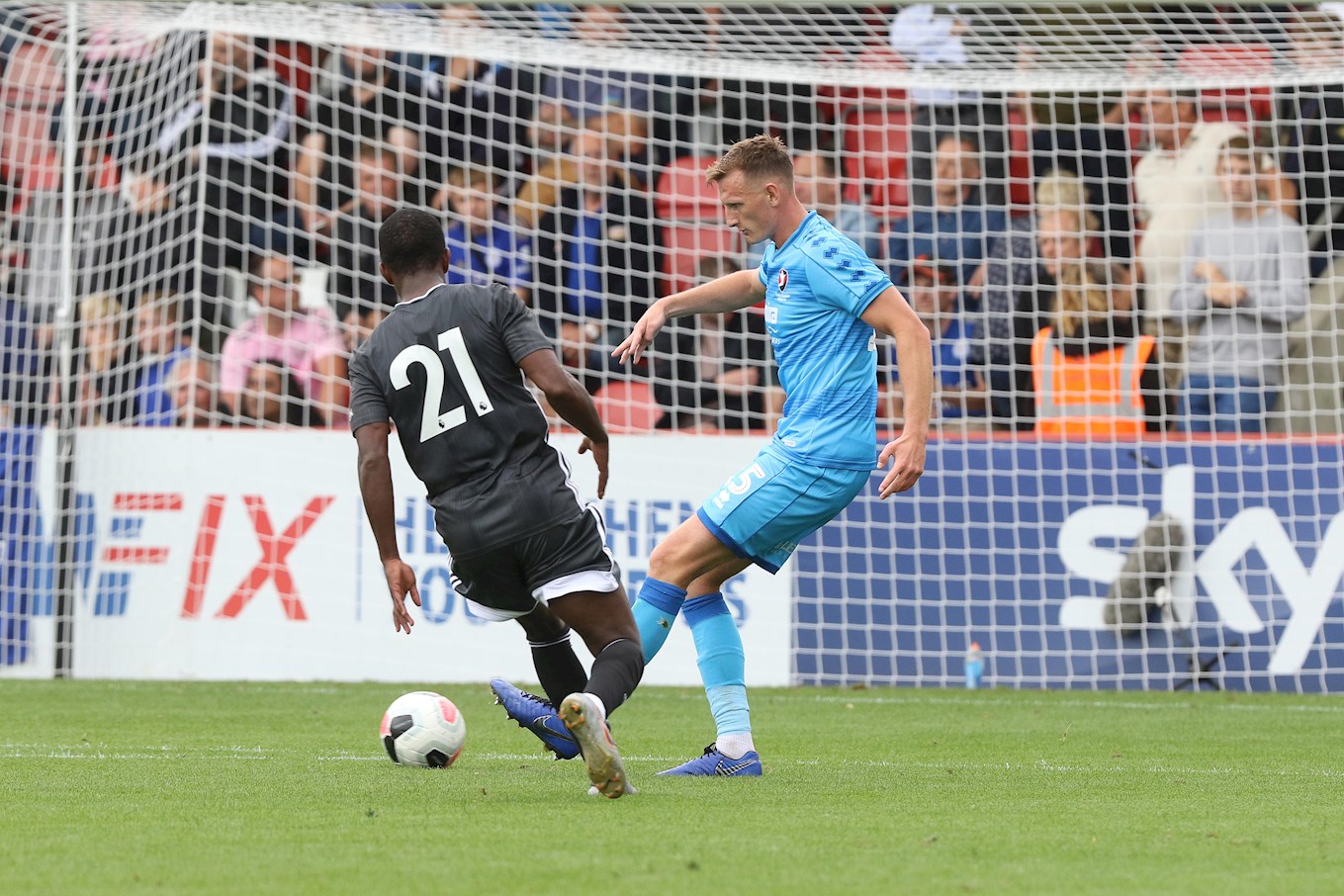 How has it been seeing how the team have started the season?

It has been good. I think it's an accumulation of a lot of work from last year and everyday just doing the right things. In and around the place the standards have upped. I think training everyday has gone to another level where everybody now has bought into that. Everyone demands from each other. I think it's an accumulation really of hard work that has been put in and the structures and processes that have been put in place. We're just going to continue to do that and see what happens.

You're one of the longest serving players having been here since January 2017. Overall as a club did you ever think it could be in the position that it is right now or did you always think it was going to be a bottom half of the table club that was always going to have to battle?

I learnt quite quickly that in this league anybody can do anything to be honest. I never felt like it was a club that was destined to be in the bottom half of League Two, scrapping it out. I knew that all it takes is a team with a team camaraderie and a team spirit and a plan to go with it - a continuous plan which I think now we've got in place spot on really. I think we've got an identity and way of playing which suits us and everyone knows what they're doing. There are not many question marks in the style at all. I always knew that in this league particularly it's always fine margins between the whole of the top half. If you get a good spirit and a good set of lads which I think that we've got here then that can carry you a long way.

There's been a bit of a break up until the Walsall game. How have the group found having that break?

Some of the lads were grateful for a breather. A Saturday off breaks up the monotony of the normal season. It is quite nice to have a weekend off with your family. For me having not played as much I didn't feel like I've earnt it although I probably shouldn't feel like that because I've trained everyday and I've been working really hard. I think the lads were quite happy with it but we're back to business now. The lads are refreshed and the last two days at training have been good so the next couple will hopefully prepare us right for Walsall. 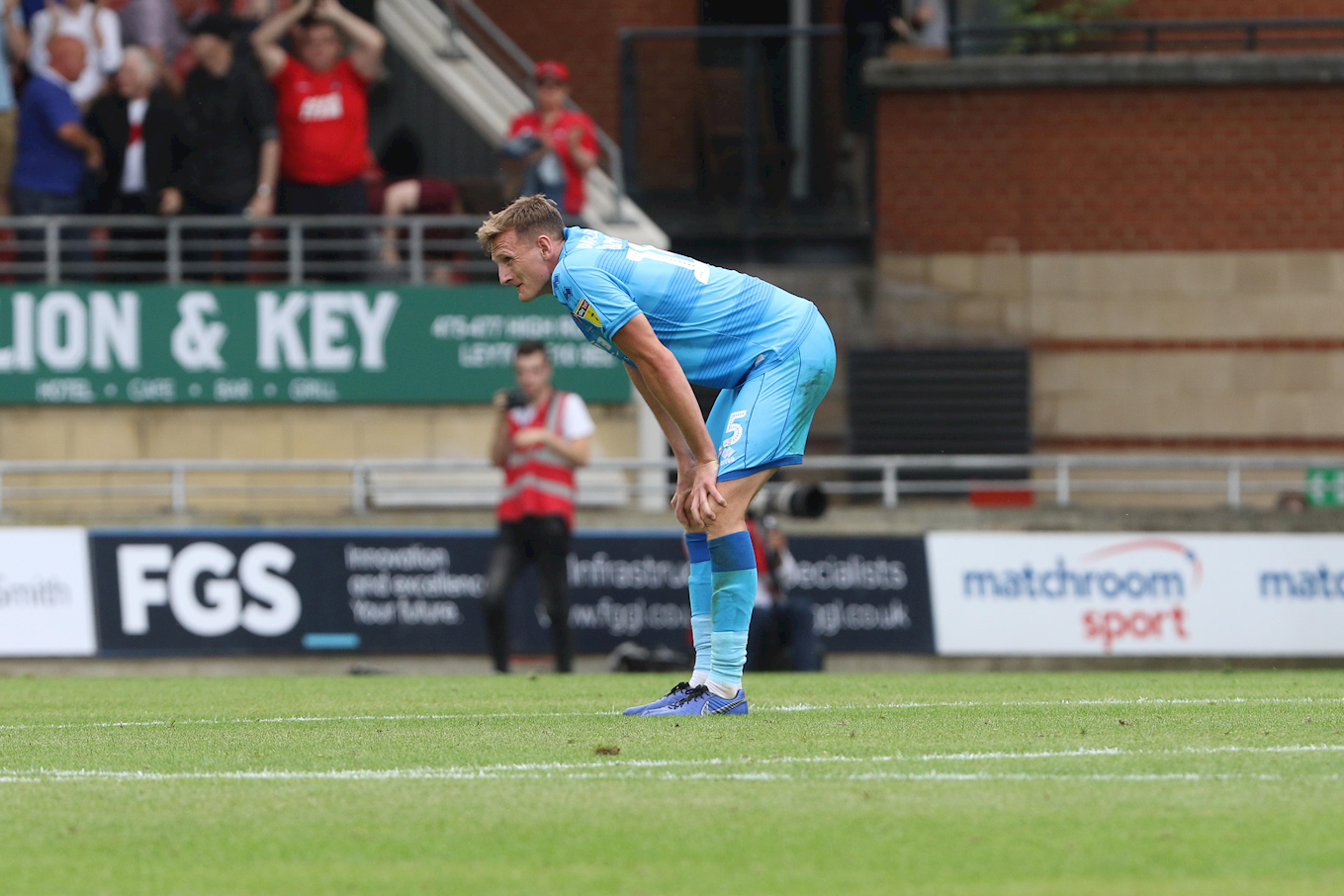 How do you assess the game against Walsall as a test?

They haven't started too well. A new manager has come in and I think there were a lot of changes personnel wise. I haven't seen much of them personally at all really, I just look at the results and stuff. They're a team that have come down from League One so they've got a bit of pedigree there. We've started well so we'll be looking to part our game onto them and see how we go.

It's quite a short and direct journey - would it be great to have a few hundred Cheltenham fans there?

Of course it would. It is one that's a lot more accessible for them than the one the week after at Grimsby away. I'd imagine there will be a few. You get the people who turn up every week which is a massive commitment and you've got to show your gratitude and appreciation for that to do that every week up and down the country - that's some effort to support the lads. It'll be good to see them and maybe a few more new faces there.