Popular front man Alex Addai is aiming to continue making a big impact at the Jonny-Rocks Stadium in his second season as a Cheltenham Town player.

The former Kingstonian, Grays Athletic, Merstham and Whitehawk attacker, who began his career at Tottenham Hotspur before spending a year as a full professional at Blackpool, sat down recently to discuss his progress since stepping into the Football League and how he is looking to help not just the Robins achieve big things but himself too.

Yes and no. Yes I’ve got another deal so I’m here for another year but I think it’s a season where I really have to put a stamp down and that is firstly by playing more games and starting more games. Then I think the rest will take care of itself such as stats on the board so I can prove that I can be a valuable member to the team.

The manager spoke about increasing your numbers. You have scored goals and got assists so you're on your way to achieveing that?

What I try and do is I look at my stats and I look at those around me and I compare the amount of time I’ve been on the pitch for and try to see if I’ve made a positive impact when I have been on the pitch – so far I like to think I have. I was a bit upset I didn’t score during my first start of the season against Oldham but I’m sure that will come.

Is it harder starting games than coming off the bench because when you come on you've already had the chance to watch the players you're going to be facing for an hour?

Personally, especially with the way I play, I know at the start of the game it is a bit more tentative and everyone doesn’t want to do this or doesn’t want to do that, but when you go on you know what kind of game you’re being thrown into. I’ve been in games where we’re going for it and I know what I’m doing or there are games where we’re defending and I know I’m going to try and catch teams on the break. For me personally the way I play I don’t think it matters if I start or not. 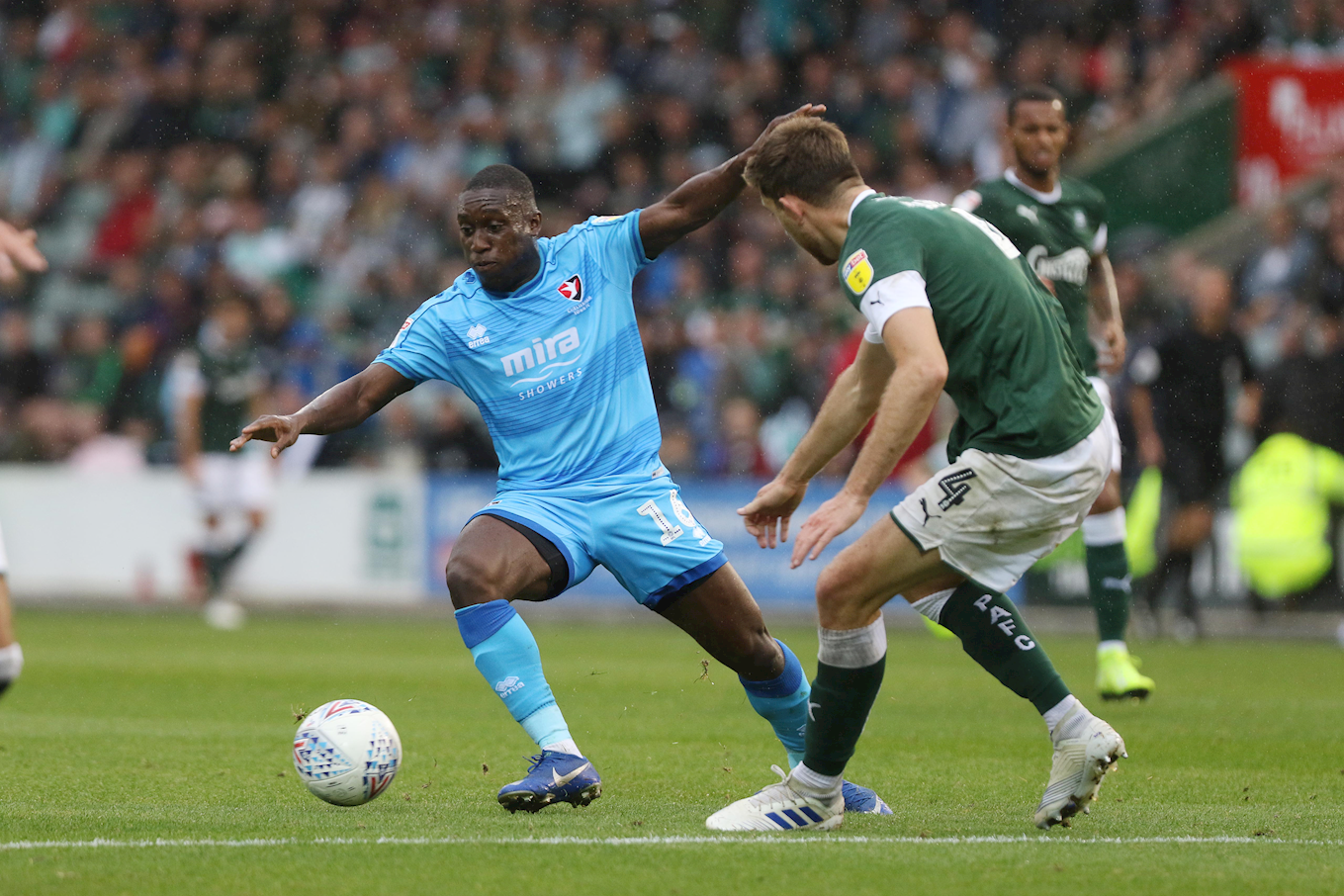 When you do come on as a substitute are you excited by the impact you're going to make because you know your pace is going to hurt teams?

I think pace is a big attribute of mine and whether it is at the start or towards the end it’s really hard to deal with – that’s a positive. I think I’m quite different from the other forwards that we have. When I do come on it takes defenders by surprise so it is a bit of a weapon.

Is it good to be part of a successful team instead of one struggling near the bottom - where it's more about improving players than fighting against the fear of dropping out of the League?

You want to be amongst the best. We’ve got a culture at the club now where we want to kick on and where we want to improve. It only pushes me forward and helps me to improve my game and my understanding of the game and the characters and the people that we’ve got around us. It is good for everyone, whether you’re playing or not, it is a good thing for yourself.

Much is made of the fact you came from non-league however you started off at Tottenham and had a lengthy stay at Blackpool as well. Do you feel like you actually had quite a good grounding in football?

I had a good grounding in football. Being at Spurs you’re provided with everything – top class facilities, top class coaching – that played a massive part in my life. I was there for five years so of course it is a good grounding. Then to kick on and go into Blackpool where I was thrown in the deep end with senior football. I didn’t make an appearance but I was around the first team on a day-to-day basis that was really good for me. Going into non-league was part of my development and I don’t think I’d have it any other way. 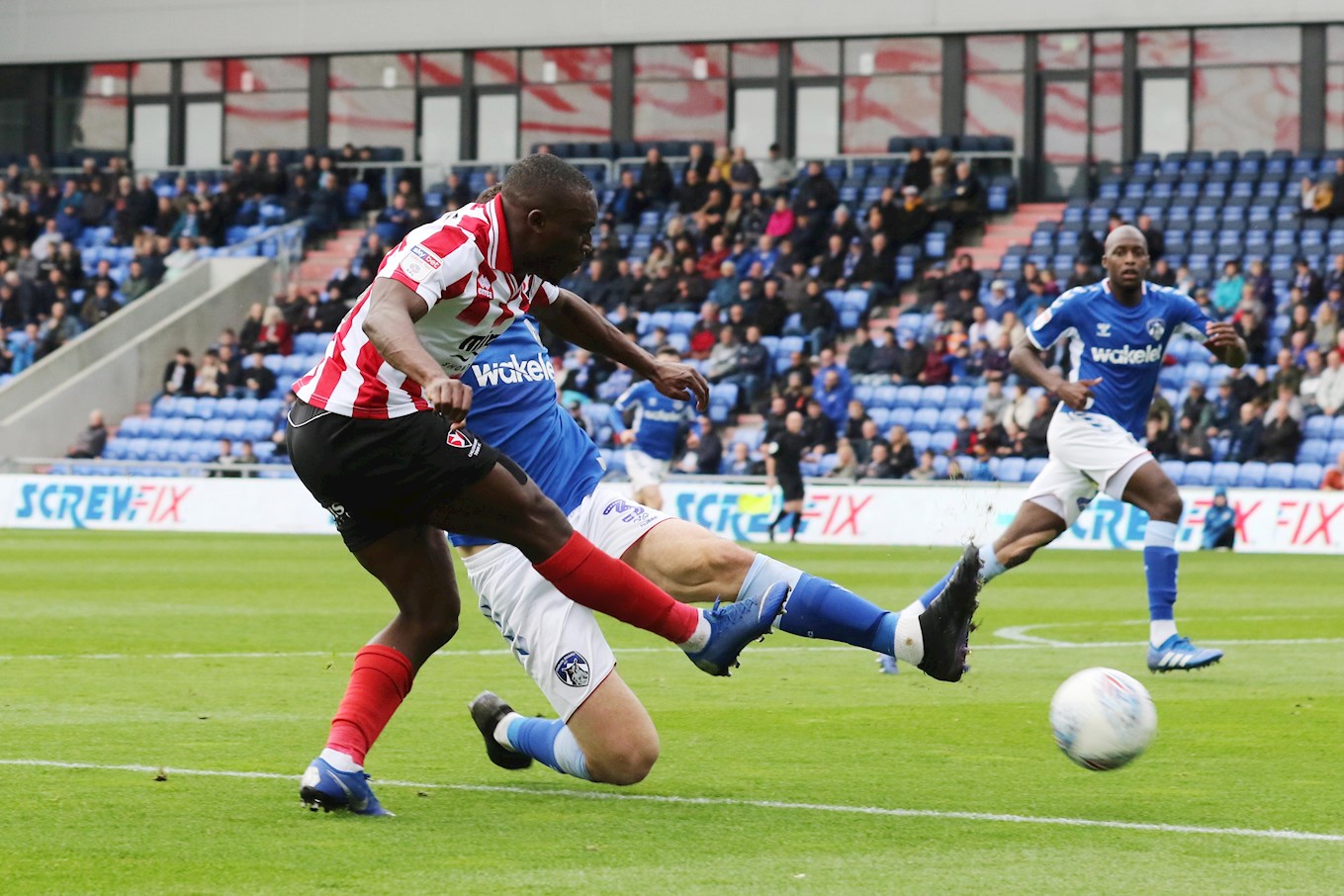 Did you find it hard having been in those environments to find your feet in terms of where your next step was? You almost didn't know where you were at?

That transition period was mental. I was waiting for my phone to ring and then it didn’t. I had to find another path and I didn’t know anything about non-league so it was a totally different environment for myself. Going to training 7 o’clock start on a hard astro turf, different locations every training session, it was mental.

Did you still think you could become a professional or did you at any point think 'maybe this is it for me?'

If I’m honest at the start I thought I’d get back into it [full time football], then I got a nine to five and football took a backseat. If I’m totally honest with you the year I actually came up to Cheltenham football was of no interest to me. I said it was done and dusted and I just wanted to earn a bit of money from non-league and enjoy it with my pals. Then this opportunity arose and I couldn’t say no.

Were you were aware when you were playing for Merstham that there were scouts potentially watching you?

The previous year we played Oxford United in the first round proper of the FA Cup and from that we made a bit of noise and attracted loads of people to our games. From then I heard little things here and there but I was enjoying my football and then took it from there. I was aware that people were watching me but still again didn’t think anything of it and now I’m here.

Do you like the fact given the impact you make in games that other clubs and opposition are looking at you now?

Addai will be hoping to be part of the action for the Robins on Saturday when Forest Green are the visitors to the Jonny-Rocks Stadium. Tickets are available to buy for this fixture online at any time or from the ticket office on Tuesday, Thursday and Friday between 10am and 3pm.