Cheltenham Town missed the chance to be in the hat for the FA Cup third round after losing 3-1 to Port Vale at the Jonny-Rocks Stadium.

Reuben Reid’s first Robins goal put the hosts in front but an eight-minute hat-trick from Tom Pope turned the game on its head.

It means his side are in the hat for the draw on Monday, Cheltenham on the other hand can now focus solely on League Two, having been knocked out of both cups.

Cheltenham made the ideal start after Sean Long was brought down in box in the second minute for Reid to fire the spot-kick into the roof of the net for his first for the club.

Reid had a golden chance to double his tally when found in yards of space by Long, but the striker could only miskick it into his standing leg.

Port Vale's Jake Taylor had a go from distance on 17 minutes in what was his sides first effort on goal, but it was straight at Scott Flinders who caught it easily.

David Amoo went close soon after, hitting the bar from a tight angle although he was marginally offside. 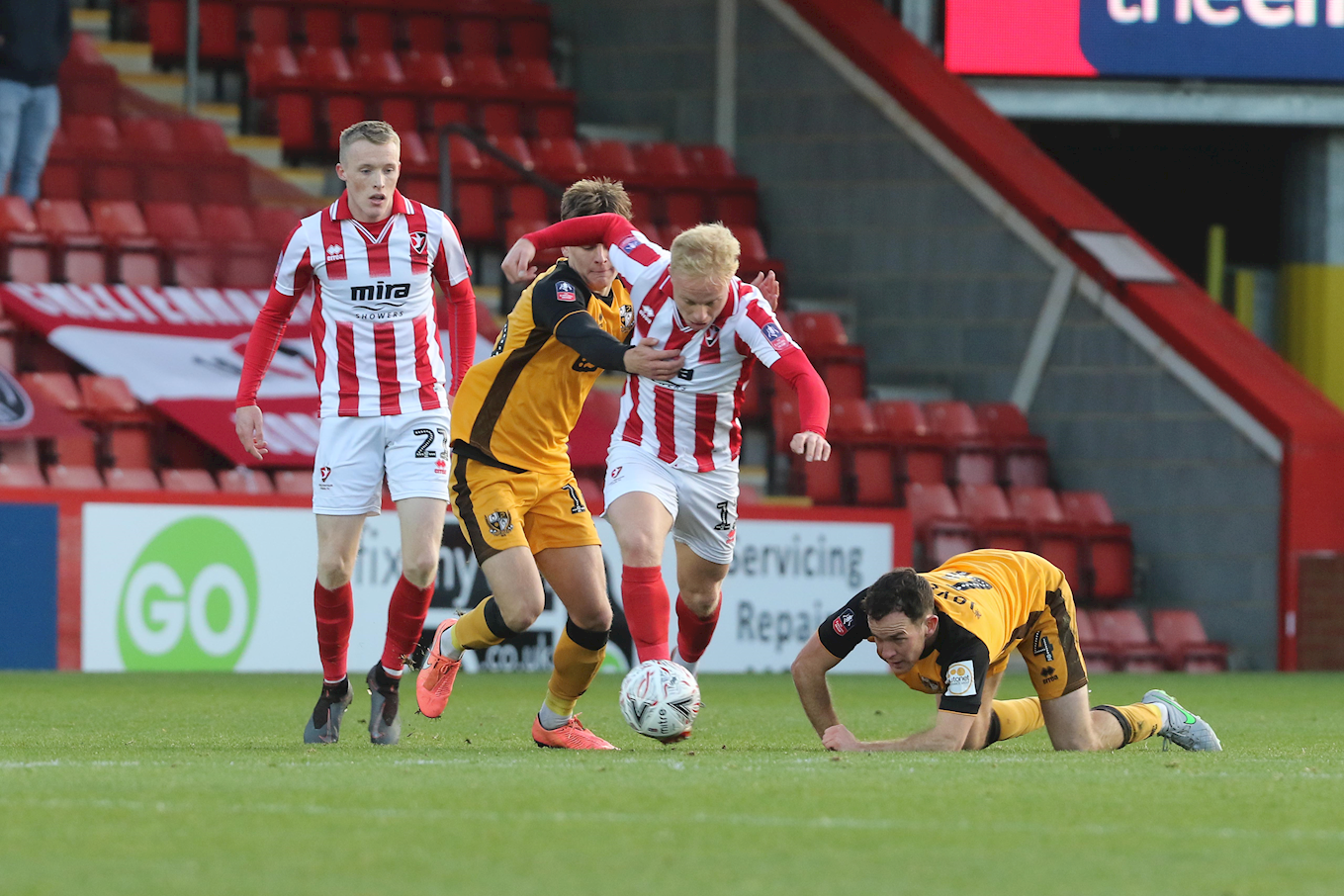 Alex Addai squandered a glorious chance to make it two when Ben Tozer controlled it on the chest and slipped the striker through, but a heavy touch allowed former Cheltenham goalkeeper Scott Brown to gather.

The home side pressed for a second and after good work down the right from Addai, Jake Doyle-Hayes saw a shot blocked 12 yards out.

Another chance was wasted 10 minutes before the interval, Broom slid in Long who squared it to Chris Hussey, but the wing-back could only miscontrol it with his weaker right foot and the chance was gone.

Reid had another chance to score again after beating two defenders and cutting inside on his left deep in the penalty area, but as he got set to shoot he pulled his hamstring and was forced off.

In first-half stoppage time, Vale ought to have levelled. Browne found space in the area but his cross was missed by both Pope and Amoo when it looked like a certain goal.

The visitors threatened once more just before half time, Cristian Montano crossed it in and captain Leon Legge, who had stayed forward after a corner, saw a deflected header save by Flinders. 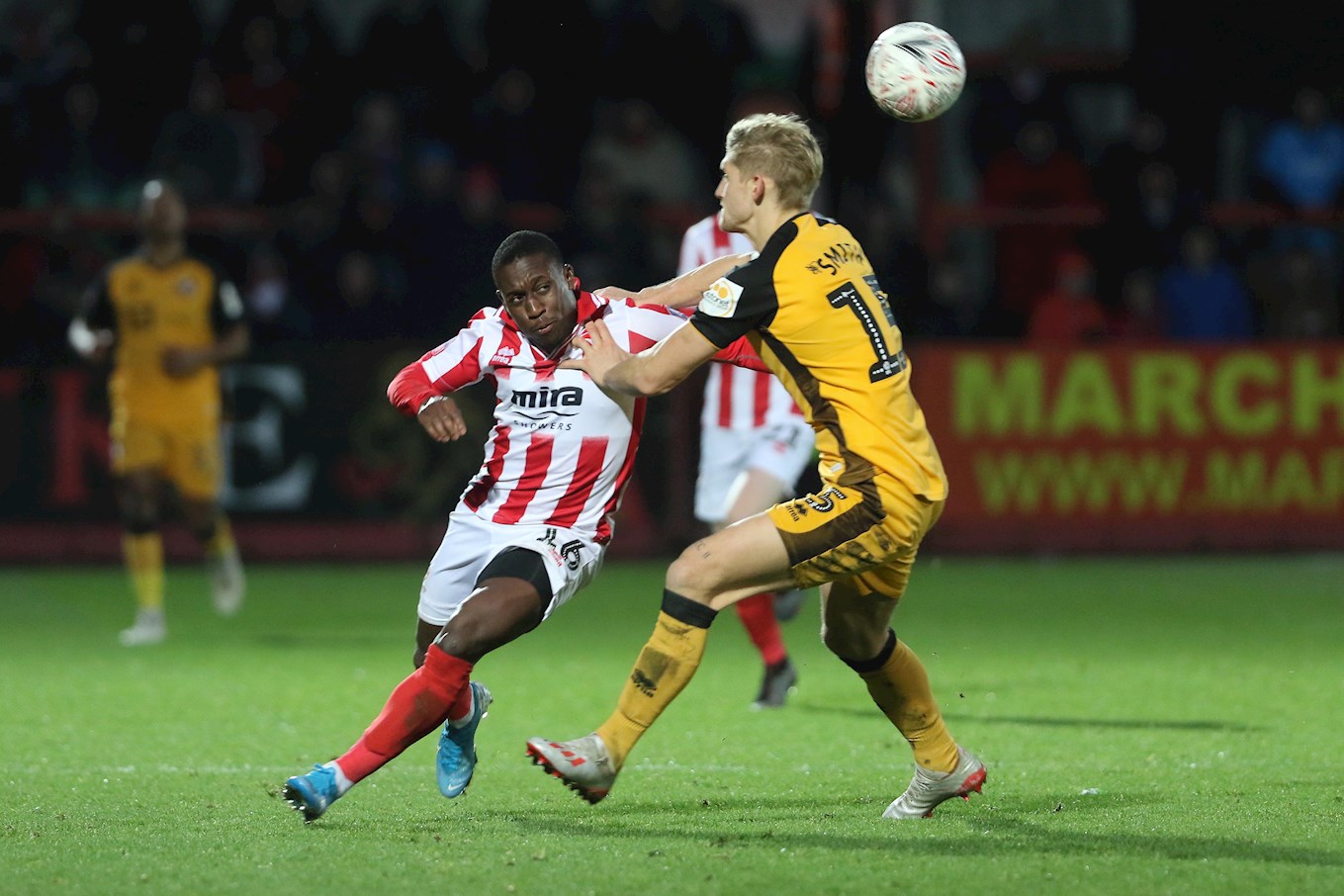 Pope missed two guilt-edged opportunity to equalise early in the second half. First, Flinders dropped a corner delivery straight to the striker, who could only stab it into the side netting.

Moments later, he was found by a deep cross to the far post, but directed his header across goal and nobody was there to finish it off.

Hussey went close with his own headed attempt not long after, nodding Doyle-Hayes’ fantastic lofted pass just wide of the far post.

Pope did get an equaliser on the hour mark and it was Pope who finally netted, nodding in Rhys Browne’s cross and although Flinders got a hand on it, the ball nestled in the bottom corner.

Pope got a second two minutes later and turned the game on its head, with a brilliant diving header that squirmed under Flinders again.

Pope got his hat-trick, just eight minutes after his first, rifling home after the ball broke loose in the box from a corner kick.

Will Boyle was inches from pulling a goal back on 70 minutes, Hussey put a great ball in from a corner but the centre-back couldn’t connect at the far post.

Jonte Smith saw a close range header saved on the line by Brown, as the game started to fizzle out for the Robins.