Cheltenham Town's rearranged trip to Grimsby Town ended goalless as Michael Duff's side picked up a point on the road in North East Lincolnshire.

Returning to Blundell Park a month on from when the original fixture was postponed between the two sides because of a waterlogged pitch, the Robins recorded a clean sheet and could have nicked three points late on, however both sides were to share a point.

Late first half pressure saw the Robins defend well to deny the managerless hosts the chance to nose in front, while in the second half Ryan Broom came close right at the death to finding what would have been a very late breakthrough.

Reuben Reid was handed his first start in a Cheltenham shirt, while Will Boyle lined up in the middle of the back three with Charlie Raglan missing through injury.

An early free kick opportunity almost saw the hosts trouble the Cheltenham goal early on. Luke Waterfall's header was touched over to deny Grimsby any hopes of a bright early start.

Midway through the half Gavin Reilly's hold up play allowed Broom to burst clear after a successfully cleared corner. The Welshman drove up the pitch but saw his final shot saved by James McKeown.

The hosts were growing in confidence, and Scott Flinders saved well from former Cheltenham forward Matt Green and then denied Elliott Whitehouse who had driven an effort in on goal.

Whitehouse tried his luck again as the pressure continued to build. A shot from a wide angle was turned away, while Flinders produced two superb close range stops to deny Ahkeem Rose and Harry Davis in quick succession six minutes before the break. 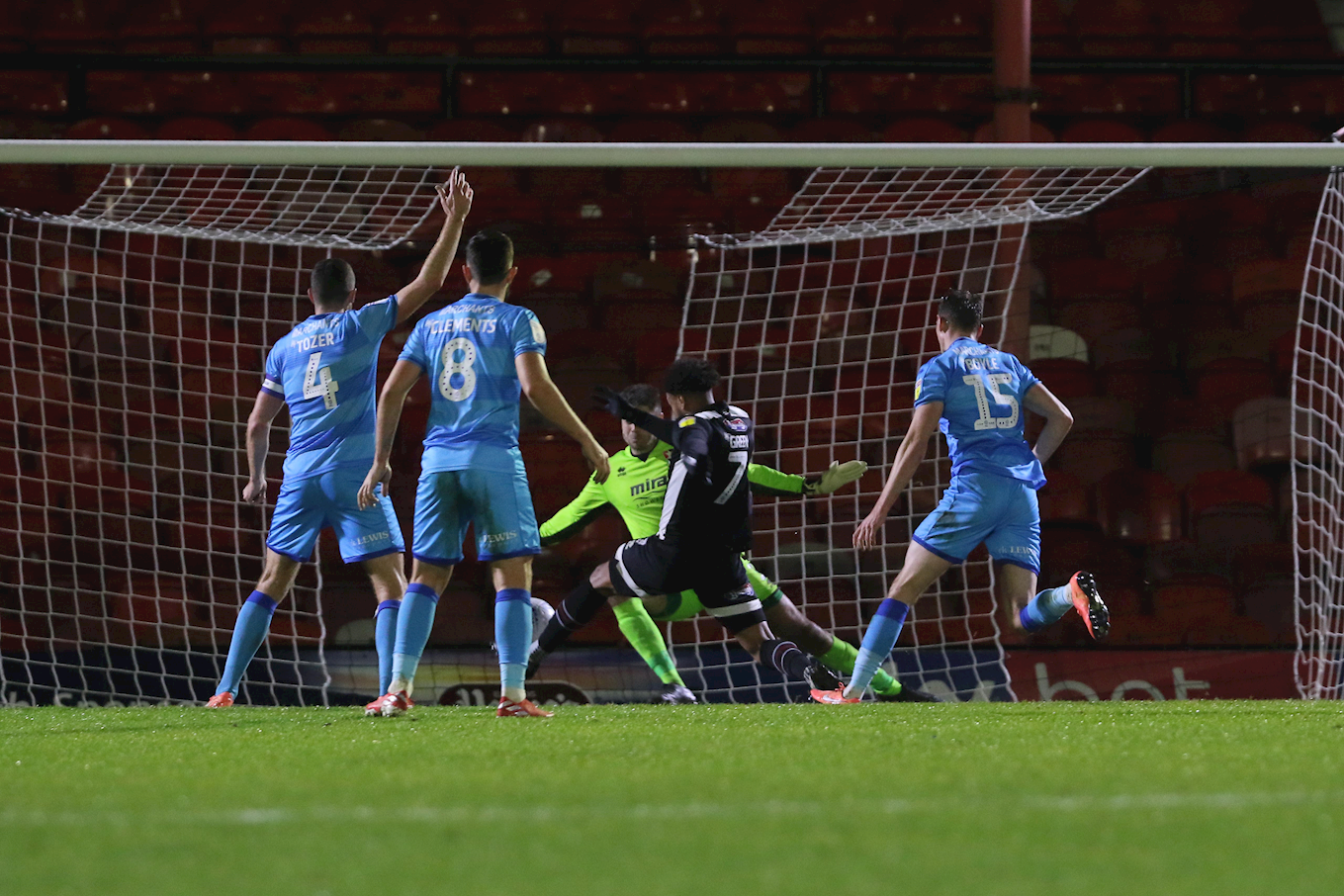 Grimsby were desperate for a goal just before the break. Jake Doyle-Hayes was required to make a last ditch block from Rose's shot, and then a follow up from James Hanson was again defended.

A final strike just before the interval saw Whitehouse's volley attempt scooped away by Flinders who had endured a busy end to the half.

Rose tried his luck again at the start of the second half, only to see Flinders equal to his effort. 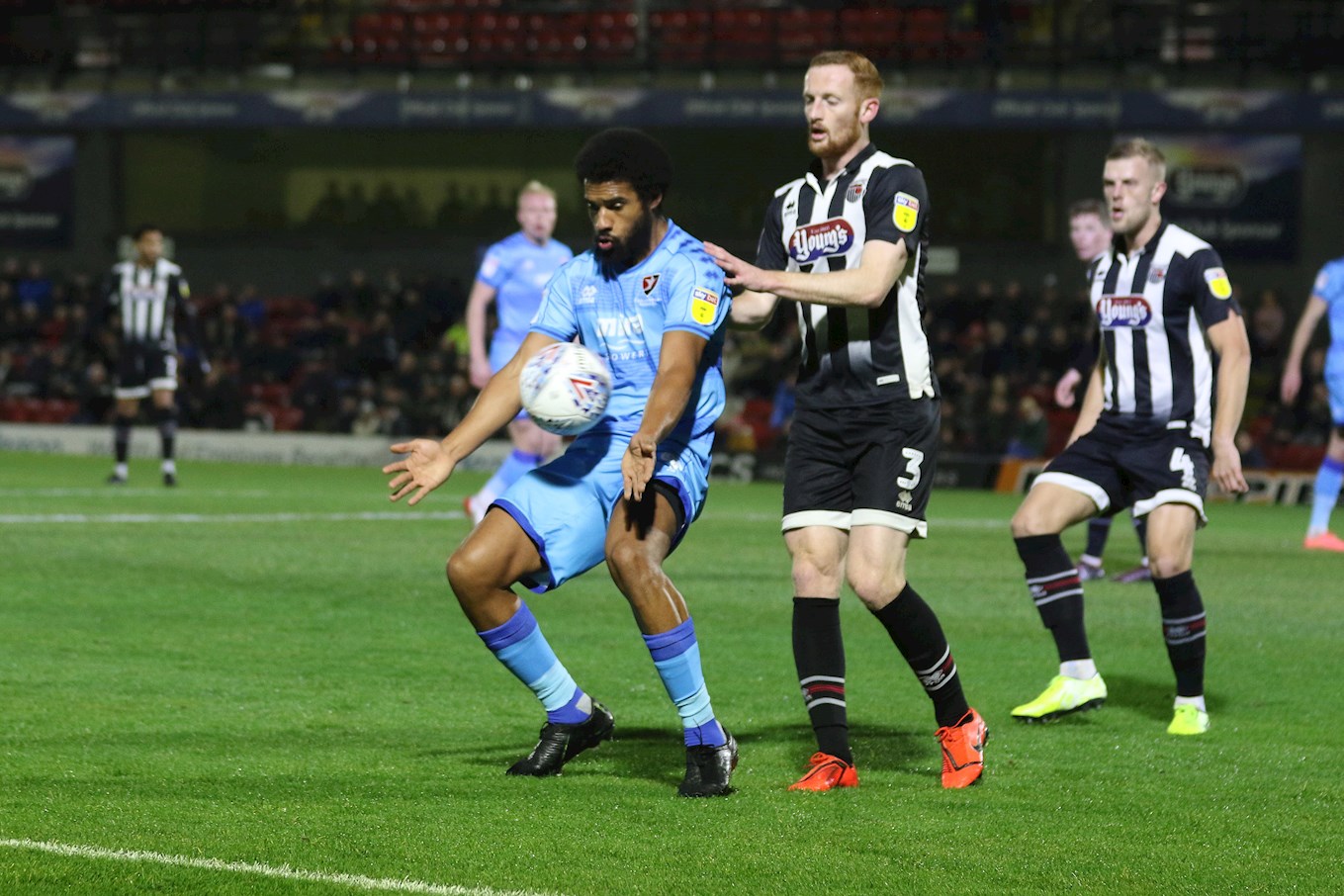 The attacking threat the Mariners had carried at the end of the first half had faded in the second period, as Reid tried his luck with a long-range effort that went just over the bar.

A Chris Hussey free kick failed to threaten McKeown's goal on 73 minutes as the game failed to build much attacking momentum from either side towards the finish.

Harry Cardwell almost made an immediate impact as a substitute for the hosts, cutting in from the left and firing a low shot on goal, but Flinders was again difficult to find a way past.

In the dying seconds of the game Broom came close to sealing what would have been a last gasp win. He opened up after receiving Addai's square pass and saw his curving shot only just fly just wide of the far post.