The FA Cup arrives at the Jonny-Rocks Stadium on Saturday as Cheltenham Town get set to take on Swindon Town in the first round (kick-off: 3pm).

Michael Duff's side take a break from League Two commitments to take on one of the club's own league rivals as Swindon make the short trip from Wiltshire to the Jonny-Rocks Stadium.

It'll be the second meeting between the clubs this season, and with both teams flying high at the top end of the fourth tier, it's no doubt going to be a tight clash to see which side will progress to the second round.

Save £3 on match tickets by buying in advance online with no booking fee before 11am on Saturday. Tickets are also available at the turnstiles.

Max Sheaf is set to return to the squad after recovering from an injury that has kept him out since late August.

Tahvon Campbell misses the match through injury, while it's too early for Reuben Reid to return after playing 45 minutes for the reserves on Tuesday at Reading. Josh Debayo is another who will miss out through injury.

Chris Hussey, Ben Tozer, Connor Thomas and Rohan Ince are all set to play against his old club.

Hull City loanee Sheaf has also been sharing his thoughts with the media ahead of Saturday's game.

Having picked up nine points from their last three games in League Two, Swindon enter this season's FA Cup on a good run of form. Those three victories have seen them go to third in the fourth tier, two points ahead of Cheltenham but having played two games more.

A key man for them this season is striker Eoin Doyle. On loan from league rivals Bradford City, the former Chesterfield and Cardiff City hit man has 14 goals to his name already this season - including two at the Jonny-Rocks when the two sides met in August, and a recent away hat-trick at Crawley Town as well.

Doyle is part of a forward line that will be right up there in terms of the danger they pose at this level. Keshi Anderson's movement is excellent, Jerry Yates has provided a threat on loan from Rotherham United, while Kaiyne Woolery is one of the fastest players in League Two. 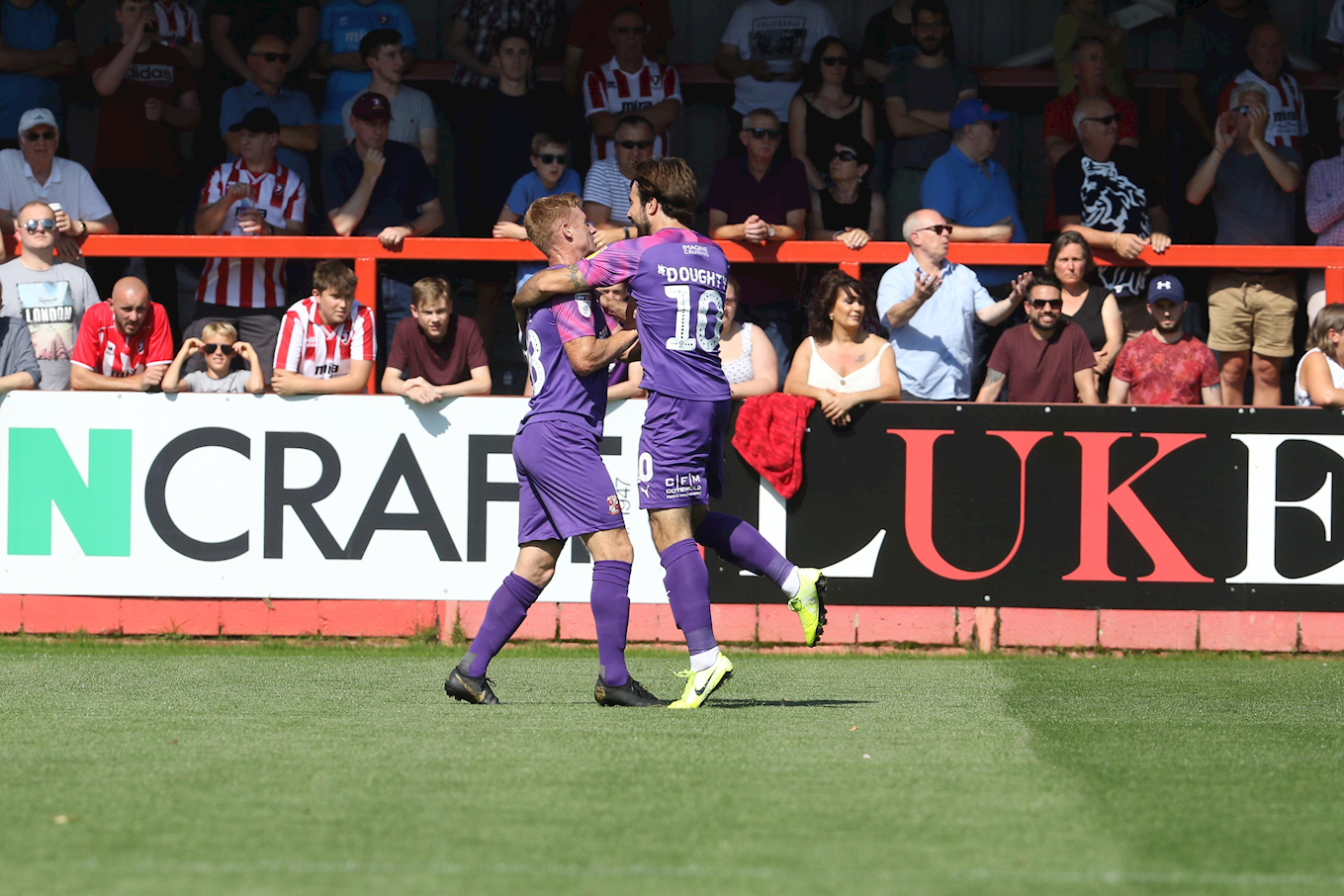 German Steve Benda is in on loan from Swansea City in goal, while their back line also includes ex-Manchester United and Standard Liege full back Zeki Fryers.

In midfield the composure of Michael Doughty is important to the way they play. On loan Shrewsbury Town man Anthony Grant could also feature, though Swindon boss Richie Wellens has revealed in his pre-match press conference that two loan players currently in his squad will be unavailable to be involved.

Wellens has been in charge at the County Ground for what will have been a year on Wednesday. The former Blackpool and Leicester City midfielder is in his second role as a manager having previously taken charge at Oldham Athletic.

Twice Cheltenham came from behind to secure a 2-2 draw at the Jonny-Rocks Stadium when the clubs last met in League Two back on Saturday 24 August.

Eoin Doyle gave the Wiltshire side the lead after just six minutes, but Chris Hussey drew parity against his former club when he levelled with a well-taken finish on 19 minutes.

Doyle again gave Swindon the lead shortly after the half hour mark, but Luke Varney once again pegged the visitors back when he finished at the near post just before half time.

There were to be no further goals in the second half. Swindon were reduced to ten men though when Michael Doughty was shown a straight red card.

Watch the highlights from the game:

The goal scorer of Cheltenham's winning goal in the 2006 League Two play-off final against Grimsby Town returns to the Jonny-Rocks Stadium on Saturday as the club's special guest.

Steve Guinan will be watching the match and will be meeting with supporters in the Autovillage Stand hospitality areas before the game.

At half time he will be presented to the supporters on the pitch, offering fans the chance to show their appreciation for someone who contributed to a notable moment in the club's long history.

Guinan, who now works for the PFA and Football Association, enjoyed a career that began at Nottingham Forest and then spells with the likes of Plymouth Argyle and Hereford United until he moved to Cheltenham in 2004.

He went onto help the Robins claim promotion to League One for the second time in the club's history before departing to return to Hereford United.

His final plays days came at Northampton Town and Kidderminster Harriers, as well as a spell here in the county at Forest Green. He also previously worked at Hartpury College. 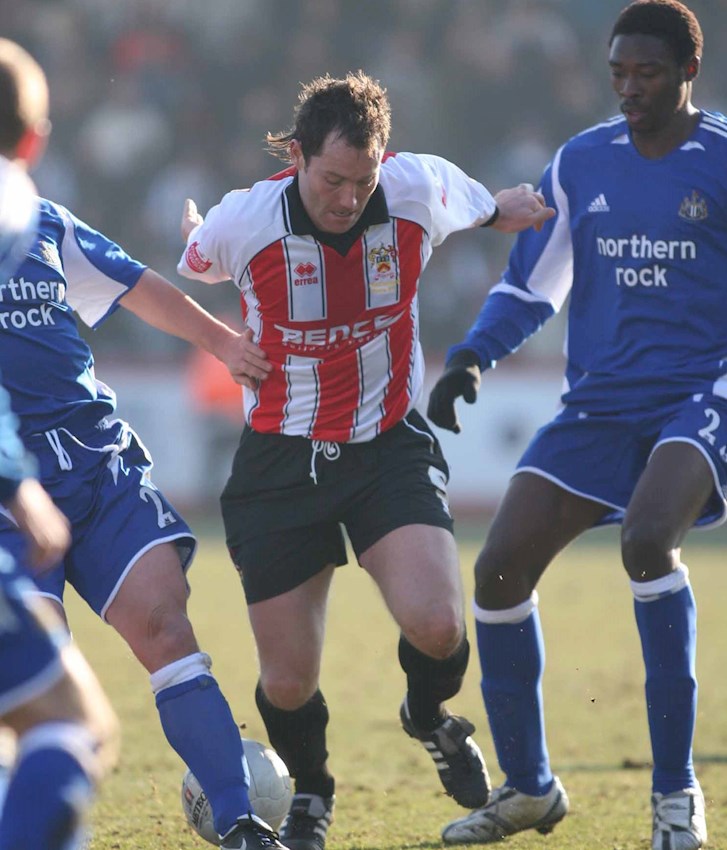 The club will be honouring the Armed Forces community, past and present, at Saturday's match.

There will be a minutes silence before kick-off, while the Cheltenham branch of the Sea Cadets will be forming a guard of honour for when the teams enter the pitch.

Fans can make a £3 saving on the cost of each of their tickets by buying online before 11am on Saturday.

Otherwise normal match prices apply online after this and at the turnstiles.

The ticket office will be open in the lead up to kick-off and for a short time after the full time whistle selling tickets for the upcoming Leasing.com Trophy home match with Newport County AFC on Tuesday and the League Two fixture at Exeter City on Saturday 16 November.

Supporters can also visit the club shop to purchase club merchandise, including the new CTFC 2020 calendar, with lots to pick up with Christmas just over a month away.

Saturday's match programme is available for £2 around the stadium. Goalkeeper Scott Flinders is the big interview as he focuses on the team's reaction this week to last weekend's loss, the day's opponents and the importance of the FA Cup.

Chairman Andy Wilcox and Michael Duff share their pre-game thoughts, while Sean Long is on interview previewing the tie.

There's an in-depth look at visitors Swindon and how they last lined up and updates from the commercial area of the club and the Community Trust. 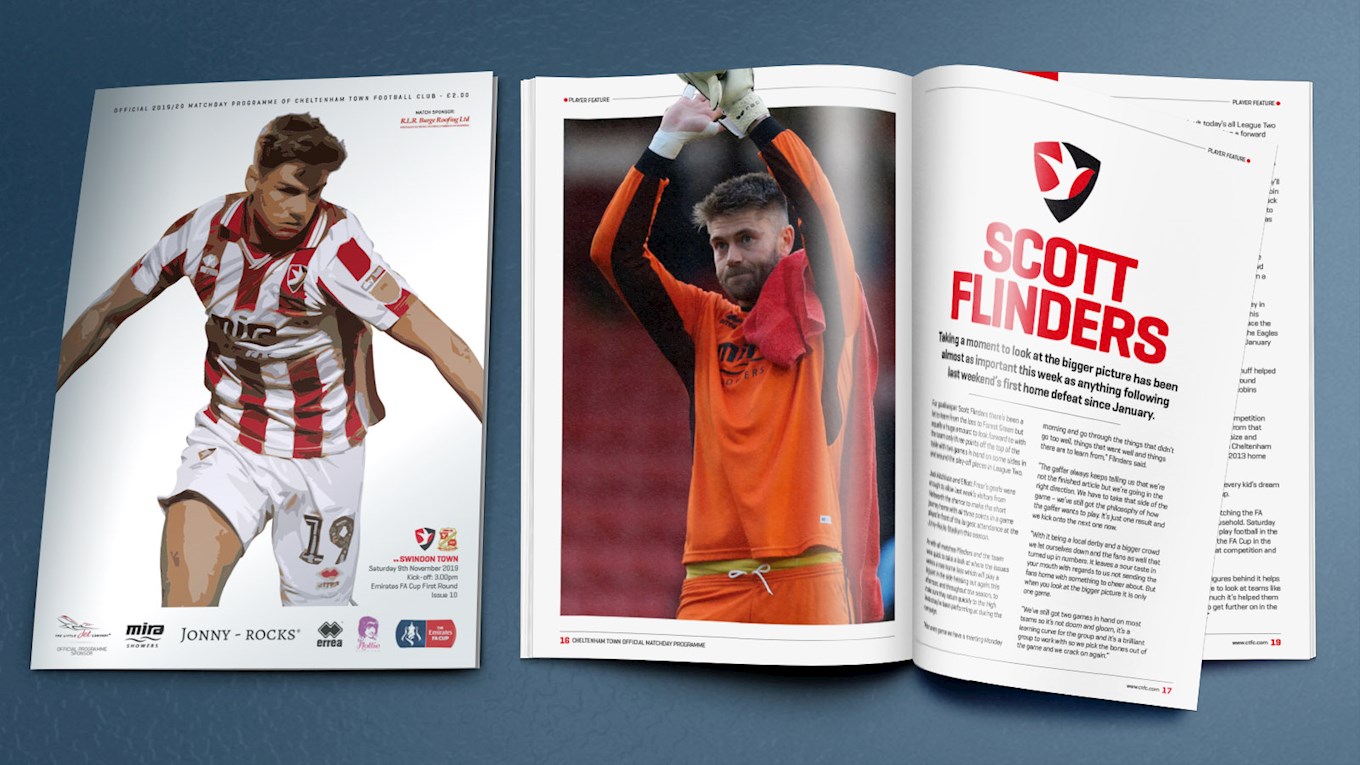 Follow @CTFCofficial on Twitter for team news, photos and match updates for full coverage. You can visit the CTFC Facebook page too for team news and goal updates.

The club website is the best place to go post-match to read the match report and hear from boss Michael Duff.

Listen to commentary with an audio match pass by using the iFollow service.